This is the horrifying moment a seagull snatches a duckling while it swims with its mother in a lake.

The ducks can be seen floating calmly in the sun as they seek a shady spot. 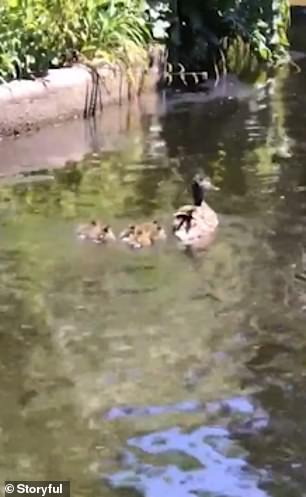 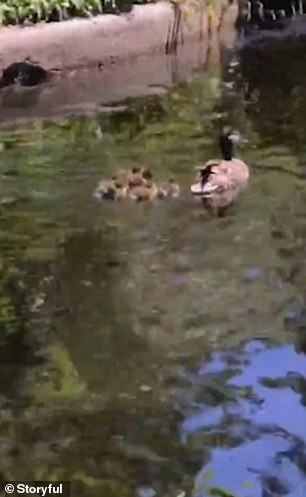 Mother duck and her ducklings were swimming in a lake in Herbert Park, Dublin 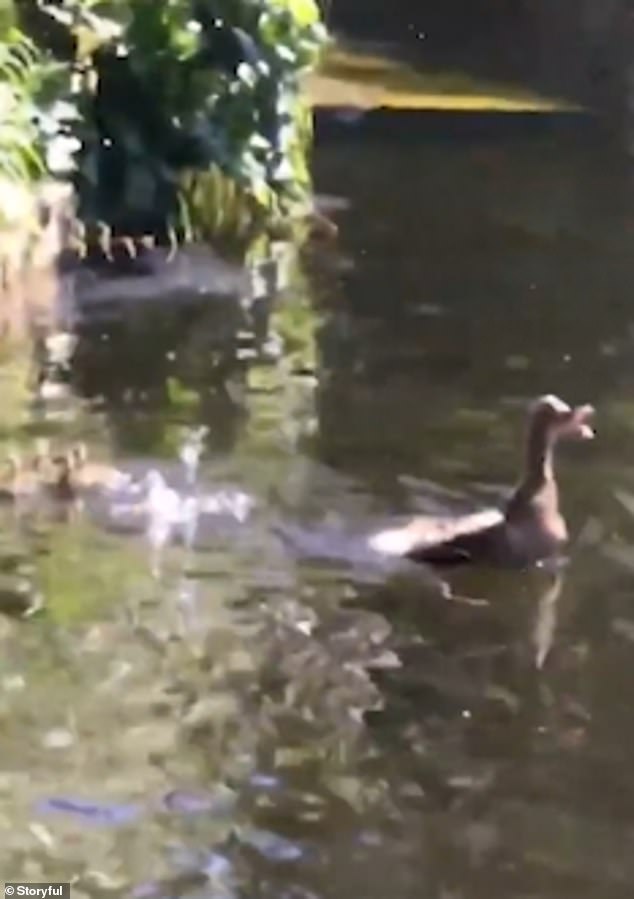 When she saw the seagull flying over, mother duck tried to protect her ducklings from the bird 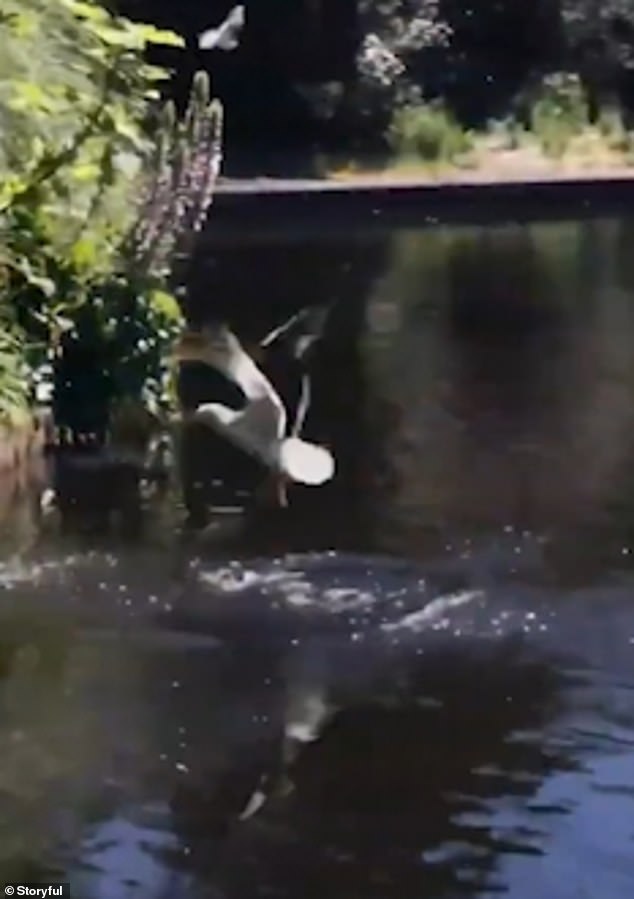 Despite the efforts of mother duck, the seagull managed to grab one of the ducklings

As mother duck turns towards its babies several times, she sees the seagull heading towards them.

She tries to defend the ducklings by confronting herself with the marine bird.

However, the seagull eventually manages to fly over and grabs one of the young ducks.

The bird then flies away with the animal in its mouth heading towards the shore of the lake.

Fionnuala Moran, who took the video, wrote on Twitter: ‘Was taking a lovely video of the ducklings in Herbert Park when a seagull swooped it and took one for lunch!!!’

‘Is that normal or just a Dublin seagull thing? Horrified. Poor mother duck did all she could.’