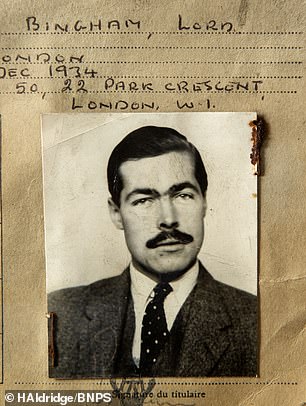 An AA membership card Lord Lucan left at the scene of the crime that sparked his mysterious disappearance has been unearthed.

The card contains a photo and signature of the aristocrat who vanished after murdering his children’s nanny at the family home in London’s Belgravia in 1974.

The last confirmed sighting of Lucan was as he drove away from his home in a friend’s Ford Corsair car.

His vehicle was later found abandoned in Newhaven, East Sussex, with its interior stained with blood and lead piping in the boot.

Lucan was never seen again. He is believed to have committed suicide, although there have been many supposed sightings of him over the years.

The emergence of his membership card for the breakdown recovery firm suggests he was not bothered about being rescued at the roadside in the event of his car conking out at the time he fled.

The 3ins by 4ins card has now coming up for sale at auction. Being sold alongside it is an oak bound silver chest that belonged to the disgraced peer. It bears a brass plate with the inscription ‘The Rt. Hon. Earl of Lucan No. 5’ together with his name plate from the House of Lords.

And there is also an ornate picture frame carrying the initial and coronet of Lord Lucan. 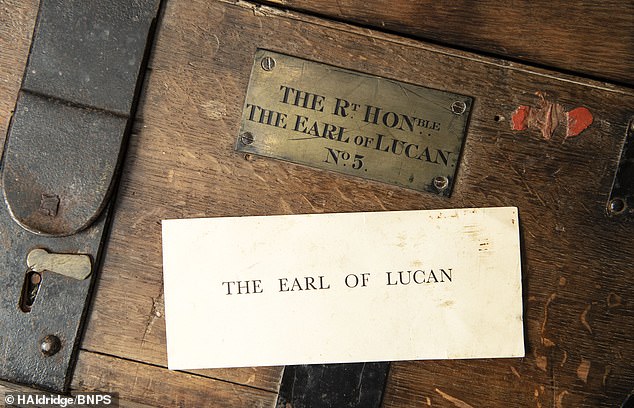 The items were sold as part of the dispersal sale of his estate 40 years ago. They are being sold by auctioneers Henry Aldridge and Son of Devizes, Wiltshire.

Auctioneer Andrew Aldridge said: ‘The AA card bears Lucan’s name and address with a typical passport-style photo of him and his signature.

‘It is not dated but judging by the photo of him it was taken not long before he disappeared.

‘In those days when cars weren’t as reliable as they are today, motorists always took their AA or RAC cards with them. Obviously he did not take his on this last occasion. 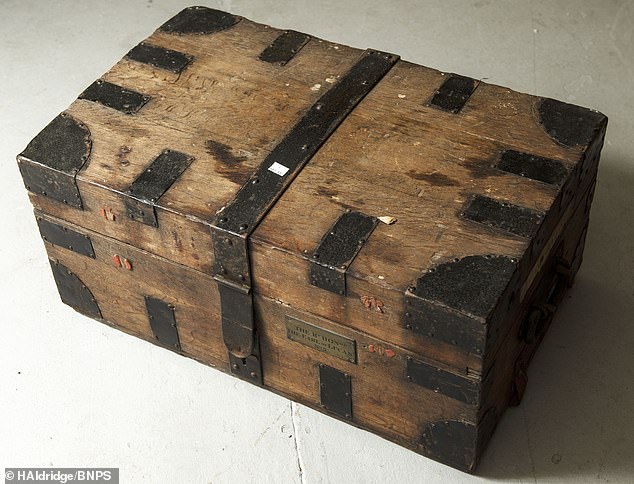 ‘With eclectic memorabilia like this, it is all about having a tangible link to an historic event or person that you can touch and hold.’

Lucan, whose full name was John Bingham, the 7th Earl of Lucan, disappeared following the discovery of the body of nanny Sandra Rivett in the basement of the family home.

He is believed to have battered Rivett to death after mistaking her for his ex-wife, Lady Veronica Lucan who he also attacked.

She survived and told police her estranged husband was the killer, triggering a massive manhunt.

A warrant for Lucan’s arrest was issued a few days later, and in his absence the inquest into Rivett’s death named him as her murderer, the last occasion in Britain a coroner’s court did so. The sale takes place on Saturday.