Afghan interpreters promised the chance of sanctuary in Britain have been told it may be more than a year before decisions are made on their fate.

Dozens of translators who were the ‘eyes and ears’ of British troops warn the delay leaves them exposed to a resurgent Taliban who have said they will ‘die like dogs’.

Britain’s longest serving translator was recently attacked by a suspected Taliban gunman outside his home in Kabul, the Afghan capital.

Two more say they are ‘in talks’ with people smugglers to enter Britain illegally rather than face more months of uncertainty over their cases. 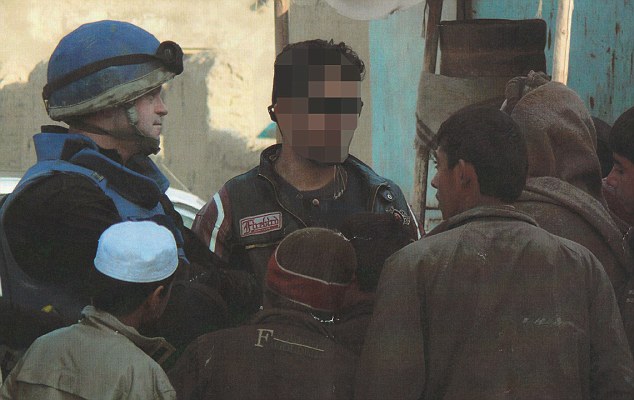 Threat: ‘Ricky’ – here with documentary maker Ross Kemp, left – was shot at outside his home

It is 11 weeks since Defence Secretary Gavin Williamson gave fresh hope to translators by announcing he was tearing up a ‘failed’ policy which meant the men who risked their lives for UK troops had been abandoned.

Officials said about 50 who served on the frontline in Helmand, and their families, would be granted visas to Britain under new qualifying measures.

The decision was a huge victory for the Daily Mail’s three-year Betrayal Of The Brave campaign, which highlighted how interpreters left in Afghanistan were shot at, issued with death threats and even executed on their doorsteps.

Writing in the Mail, Mr Williamson said: ‘We will do what is right to honour their extraordinary service.’

But translators, who were told to apply for their cases to be reviewed by a special UK unit in Kabul, say they feel ‘betrayed again’ because of the confusion, lack of clarity and information.

Former SAS translator Abdul, 33, who worked on the frontlines of Helmand for five years, said: ‘When I contacted the unit they could provide little information and said it could be more than a year before a decision was made.

‘There was no suggestion of an interview or fresh examination of my service or the threat to my family situation.’

His concerns were echoed by Waheed, 26, who worked on the frontlines for three years and is negotiating with people smugglers over coming to the UK.

‘Mr Williamson’s announcement gave us fresh hope but nothing appears to be happening,’ he said.

‘My best chance of living a safe life will be to try and come to the UK with people smugglers.’

Shaffy, 28, who was branded an ‘infidel spy’ and told he would ‘die like a dog’ days after he was shown on TV with then prime minister David Cameron during a visit to Helmand, said: ‘It is nearly three months since I gave my details to the unit and applied under the policy but I have heard nothing.’

Under the old relocation scheme, interpreters had to be serving on an arbitrary date in December 2012 to qualify. They also had to have served in Helmand – the scene of the fiercest fighting – for at least a year. 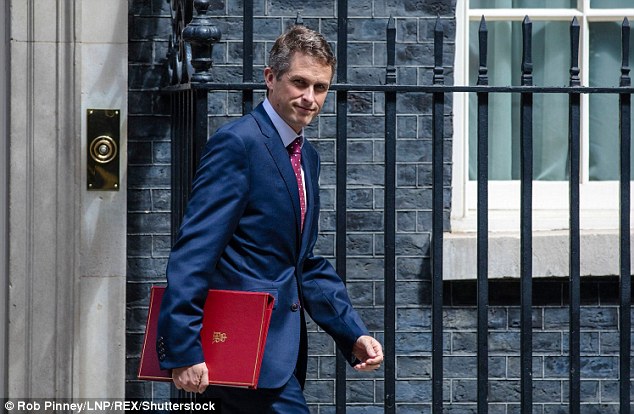 Mr Williamson promised he would widen the qualifying period to include those who spent at least a year with British forces as far back as 2006.

The qualifying period for the relocation policy now extends back to May 1, 2006 – and those made redundant up to 2012. But translators claim there was no formal redundancy policy between 2006 and 2012.

Rafi, who was blown up in Helmand and became the superviser for all the UK military’s translators, said: ‘I know of no one made redundant – contracts were just terminated – so this needs to be explained.’

Two men opened fire as the 34-year-old translator, known as Ricky, returned home in his car in Kabul. Ricky jumped clear and ran inside his house. One bullet hit his seat. He said: ‘I was very lucky. I believe it was the Taliban or Islamic State because of my work for the British forces.’

Ricky said last night that British officials had ‘accepted I am in danger’ but merely offered to relocate him in Afghanistan.

‘I have done 17 years’ service for the UK Government but now that I need their help, they are trying to leave me and my family here to the very real dangers, it is so disappointing,’ he said.

An MoD spokesman said: ‘Our specialist team is working hard to identify which interpreters are eligible for relocation. This clearly takes time, as it requires close collaboration with other departments, the Afghan government and the International Organisation for Migration.’