An asylum seeker on trial for stabbing his 15-year-old ex-girlfriend to death tried to strangle a court officer during the victim’s mother’s testimony.

Abdul Mobin Dawodzai is on trial for allegedly murdering his ex-girlfriend Mia Valentin in Landau, western Germany, in December.

The failed Afghani asylum seeker was restlessly moving back and forth in his seat as Ms Valentin told the court about seeing her daughter’s body. 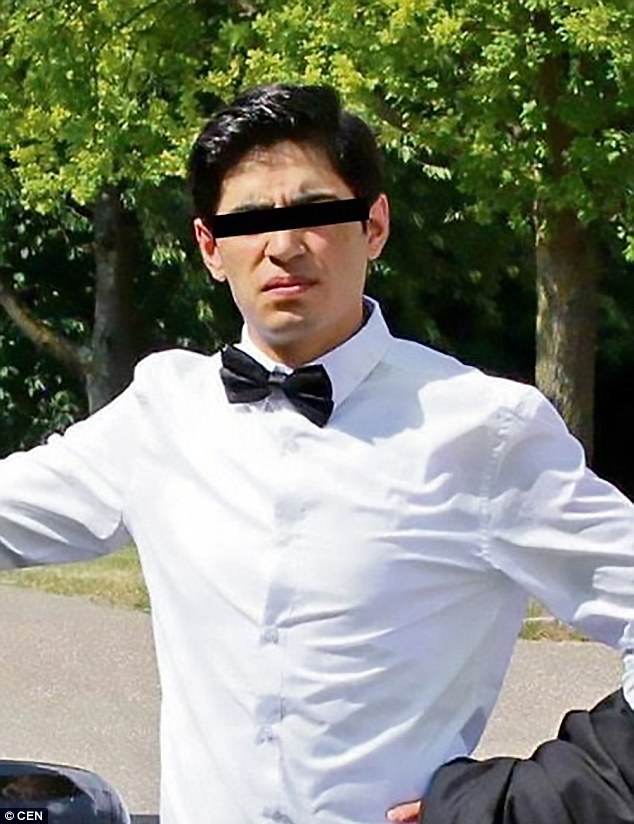 Abdul Mobin Dawodzai suddenly jumped up and yelled ‘I want out of here immediately!’ before grabbing the court officer by the throat

She said Mia’s disfigured body was cold as she stroked her face and then talked about burying her with her baby blanket.

Dawodzai then suddenly jumped up and yelled ‘I want out of here immediately!’ according to German tabloid Bild.

Two court officers tried to restrain him but he began flailing around and spat at one of them, calling him a ‘dirty pig’.

He then jumped at the court officer’s throat and began throttling him, badly injuring the victim’s arm and hand.

Special Deployment Commando officers stormed inside the courtroom and overpowered Dawodzai, then escorted him out in handcuffs and ankle shackles. 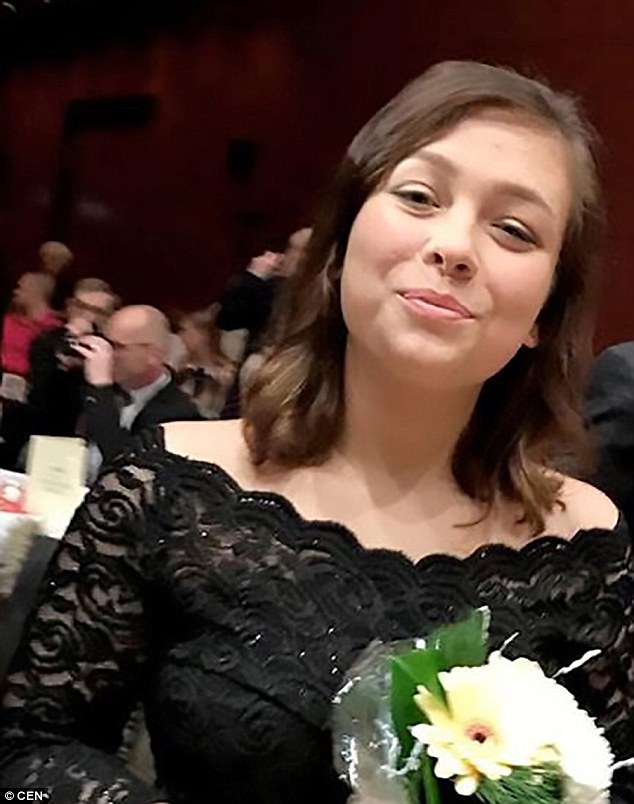 He is on trial for allegedly murdering his ex-girlfriend Mia Valentin, 15, in Landau, western Germany, in December 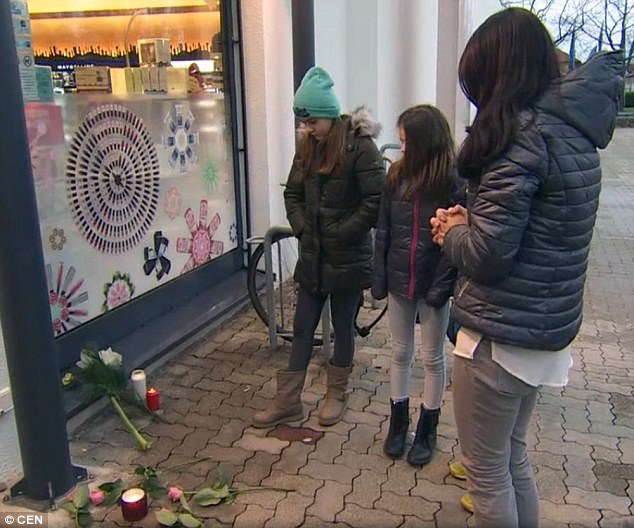 Mia, a German national, was stabbed with an eight-inch kitchen knife at a chemist (pictured) in the town of Kandel in on December 27

His defence lawyer did not want to comment on the incident.

Mia, a German national, was stabbed with an eight-inch kitchen knife at a chemist in the town of Kandel in on December 27.

Mia broke up with the Afghan teenager at the beginning of December, which prosecutors argue prompted the murder.

He then began a campaign of online harassment and even beat up one of her classmates at their school in Kandel in a fit of jealousy.

Four days after the breakup, Dawodzai posted nude photographs of her online after finding out she had a new boyfriend. 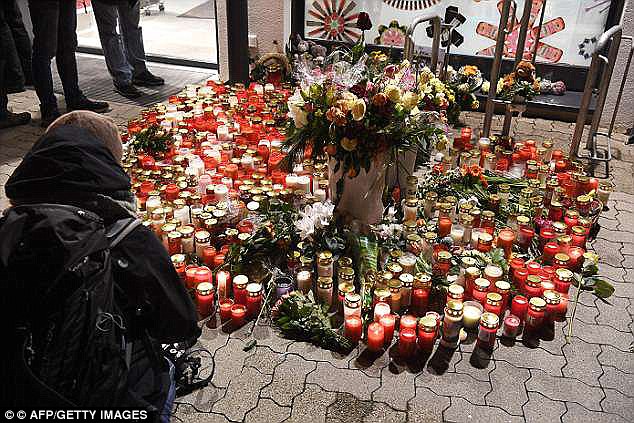 Mia’s parents became so concerned they called police on December 15 and officers visited Abdul after he ignored a summons and warned him off.

Hours later he followed her to a drugstore and allegedly stabbed her in front of horrified staff and customers.

He arrived in Germany in 2016 as an unaccompanied migrant and his asylum application was rejected in February 2017, but he was not deported.

Authorities suspect he lied about being 15 but expert evaluations could not determine his age and assessed he was between 17-and-a-half and 21.