An Alabama police officer who was shot in a recent confrontation with a gunman – who also wounded another officer – died Saturday from his injuries, his department said.

“We would like to thank the community and everyone who has prayed for Sgt. Risner, his family and the Sheffield Police Department during this time,” Terry said in a statement. 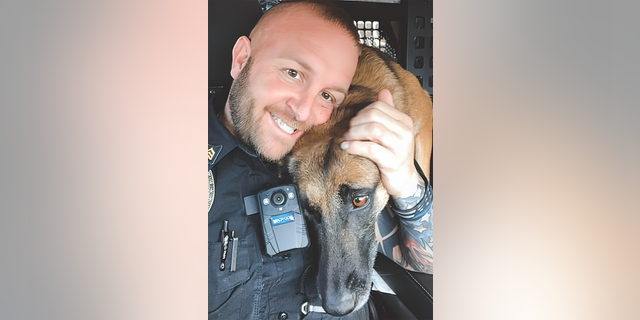 Authorities said at a news conference Friday evening that the officers were shot after events that began when Brian Lansing Martin, 41, of Sheffield, fatally shot and pushed an individual out of a vehicle in Muscle Shoals in northwest Alabama. That person has not been publicly identified, pending notification of next of kin.

After abandoning his victim, Martin stole another vehicle, according to authorities. Sheffield Police said their officers spotted the vehicle and chased Martin back into Muscle Shoals, behind a Walmart. There, Martin and law enforcement officers from multiple agencies exchanged gunfire, according to police.

During the confrontation, Risner and Sheffield police Lt. Max Dotson were shot. But Dotson was protected from severe injury by his vest and was treated and released from a hospital.

Risner was shot through the windshield of his vehicle.

Martin also was shot. He is listed in stable condition at Huntsville Hospital. Charges against Martin have not yet been filed.

Risner served nine years with the Sheffield Police Department as a K-9 officer. He also served in the U.S. Army Reserve for eight years. He is the second Alabama police officer to fall to hostile gunfire this year and at least the third to be shot in the line of duty in less than 24 hours this week. On Thursday, a police officer investigating drug sales in Warrior, Alabama was hospitalized in stable condition after being shot multiple times.

Risner is survived by his parents and a daughter.