Alec Baldwin will sit down for ‘intense and revealing’ prime time interview with George Stephanopoulos: Actor will discuss accidentally shooting dead his cinematographer on Rust set

Alec Baldwin sat down for an ‘intense and raw’ interview with ABC’s George Stephanopoulos to discuss the Rust shooting that killed the film’s cinematographer.

‘As you can imagine he was devastated, but he was also very candid, was very forthcoming,’ Stephanopoulos said of his hour-and-a-half long interview with the actor.

The interview airs tomorrow at 8 p.m. 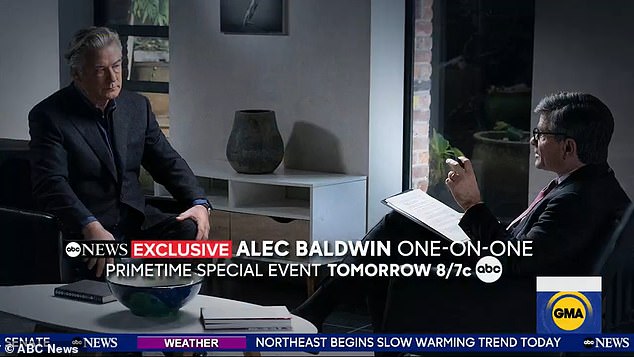