Hilton Head Island: A woman trying to protect her dog has been killed by an alligator which pulled her into a lagoon at a private US resort, authorities say.

Cassandra Cline, 45, of Hilton Head Island, South Carolina, was walking the dog along a residential area of Sea Pines Resort when she was attacked, officials say. 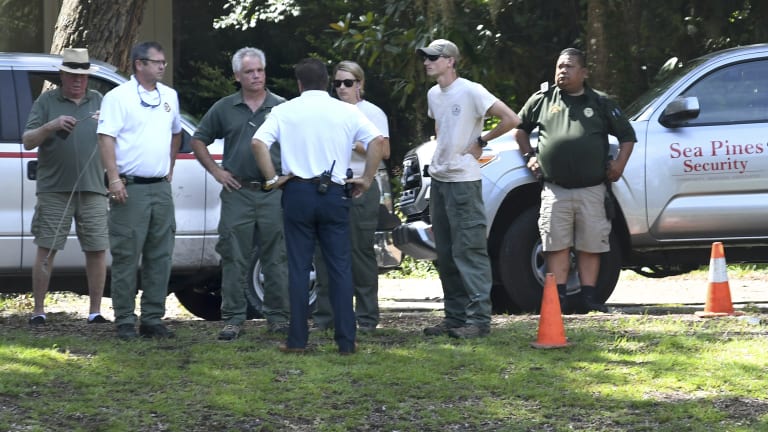 Law enforcement officials stand near where authorities say Cassandra Cline was dragged into a lagoon by an alligator and killed while trying to save her dog on Monday on Hilton Head Island, South Carolina.

"She was walking the dog near the lagoon and the alligator came out of the water and tried to get the dog," said David Lucas, a spokesman for the South Carolina Department of Natural Resources.

"The lady tried to rescue the dog and a maintenance worker ran over to help."

Both were trying to save the dog, but the 2.5-metre alligator dragged the woman into the water, he said.

The dog was unharmed.

"It's common practice when we have an aggressive alligator like that, we put it down, but it will take some take some time to confirm it's the right alligator," said Captain Robert McCullough of the Department of Natural Resources. 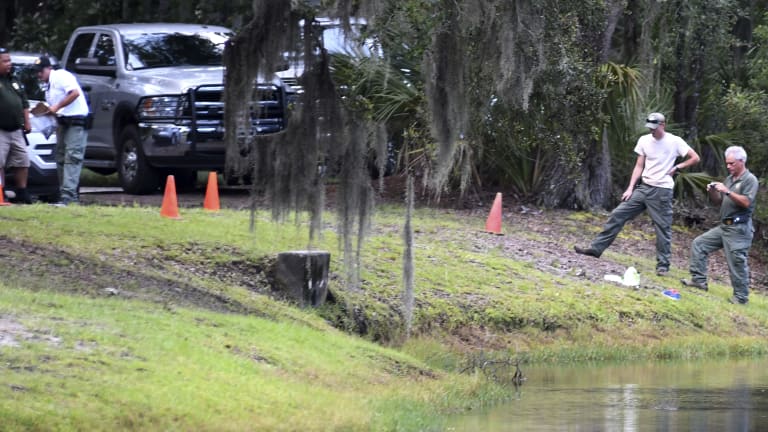 A woman was killed while trying to save her dog on Hilton Head Island, SC.

Since 1976, there have only been about 20 attacks on people in the state, he said. Until 2016, none of those attacks had been fatal. In 2016, a 90-year-old woman wandered away from a Charleston assisted living facility and was found dead in a pond.

Blake Smith, 34, was leaving his house on Monday morning when he saw police cars and fire engines nearby.

"I waited for about 30 minutes, then I started hearing rumours about what happened down the road from here," Smith told The Island Packet newspaper. "It's odd because this is the first time we've heard about an aggressive alligator around a human in the five years that we've been living here."

Smith said that at times, alligators have been spotted in yards or pools, but Sea Pines quickly removed those animals.

"They do a good job. This is just a sad incident," he said. "I have a young son, so it's kind of concerning to see something like this could happen."

Sea Pines said in a statement that it's working with authorities "to ensure necessary access to the site while the investigation is under way".

The Sea Pines Resort is in the southern third of Hilton Head Island, located along 5000 oceanfront acres (2023 hectares), its website says.