A worker making deliveries for Amazon has been nabbed in Missouri for swiping packages from multiple homes along her route, police said.

Alyssa George, 22, of O’Fallon, Illinois, has been charged with stealing after she was caught on home security cameras taking at least 20 packages in St. Charles County, news station KSDK reported.

George and another colleague had been on their route for Southland Parcel, which delivers packages for Amazon, when they stopped to take packages that had been already been dropped off at homes on Dec. 15 to Dec. 17, police said.

Security footage showed a woman — who was later identified as George — arriving as a passenger in an Enterprise truck in a dark hoodie and fluorescent yellow vest.

She was seen taking a package from the porch before racing back to the vehicle.

Among the items they stole include a Weber Grill Accessory Kit, socks from Target, deodorant, an Instant Pot, groceries and Christmas lights, KSDK reported.

The total value of the items nabbed was more than $750, police said.

Police confirmed with Amazon that George delivered packages for the online retailer — and the company was able to provide a photo of her arriving to work in the same sweatshirt seen on surveillance on one of the days of the crimes, KSDK reported. 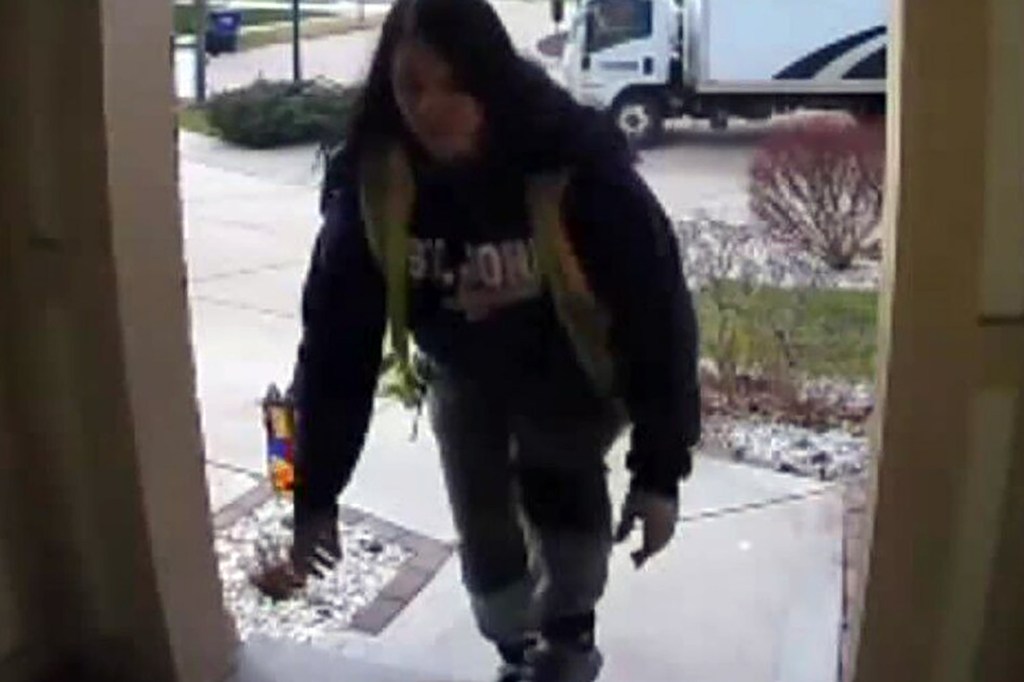 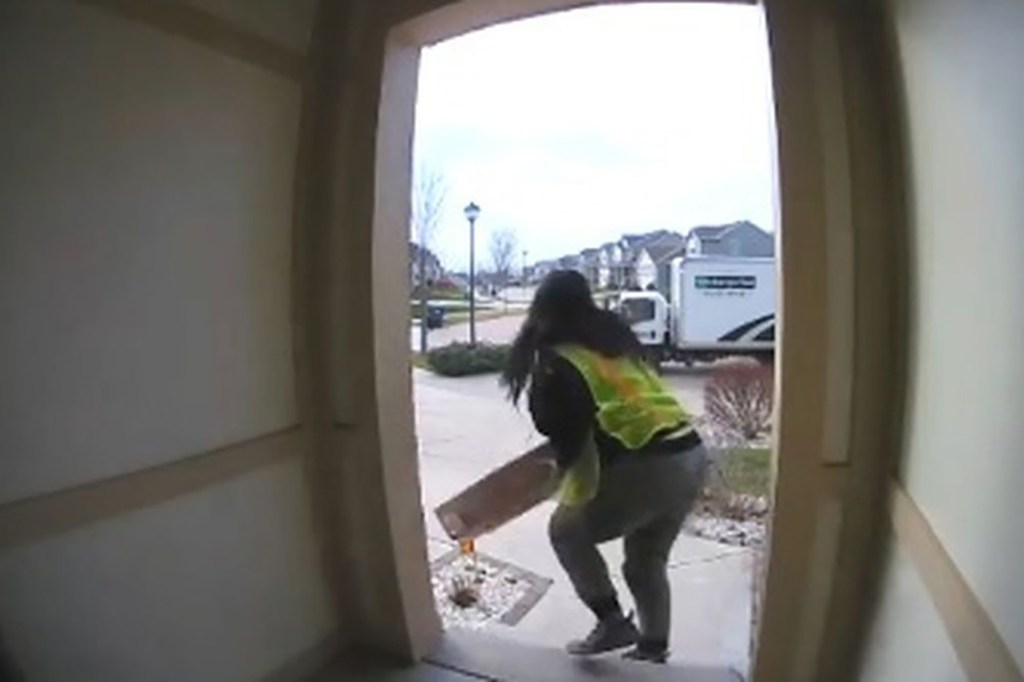