AMBER Heard enjoyed dinner with her girlfriend, sister and legal team after a gruelling week giving evidence against Johnny Depp.

The actress, 34, headed to China Tang at The Dorchester hotel in London on Friday night. 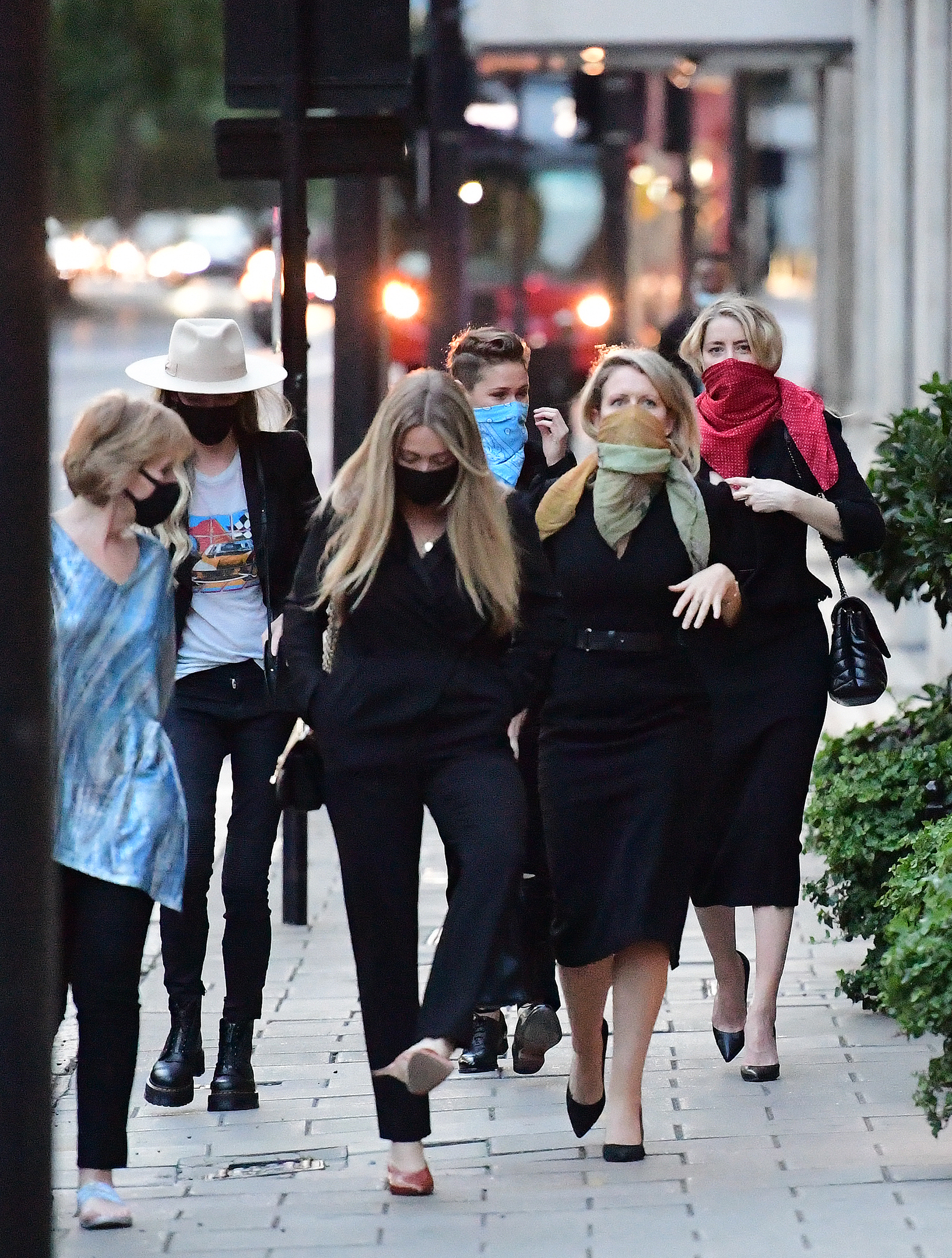 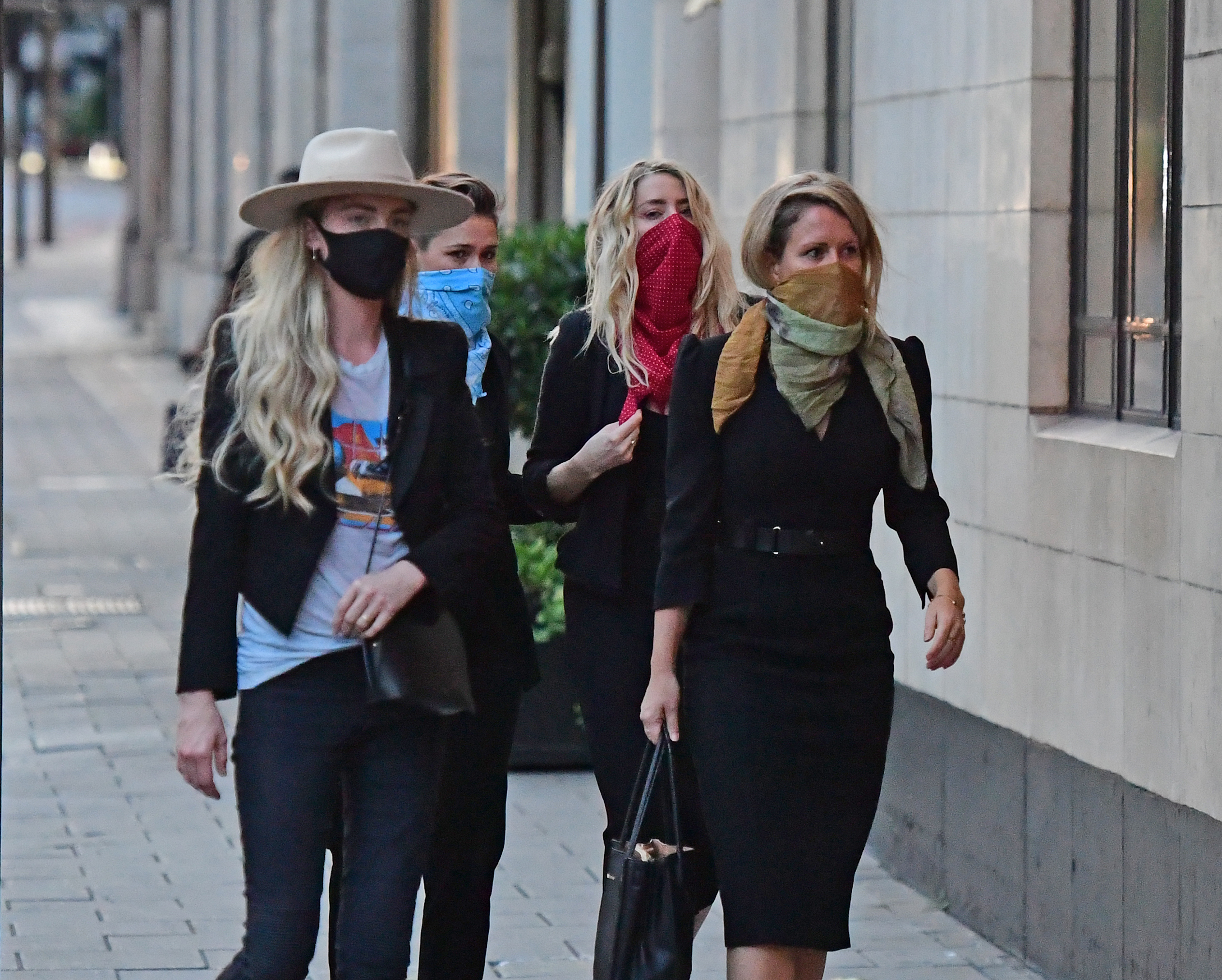 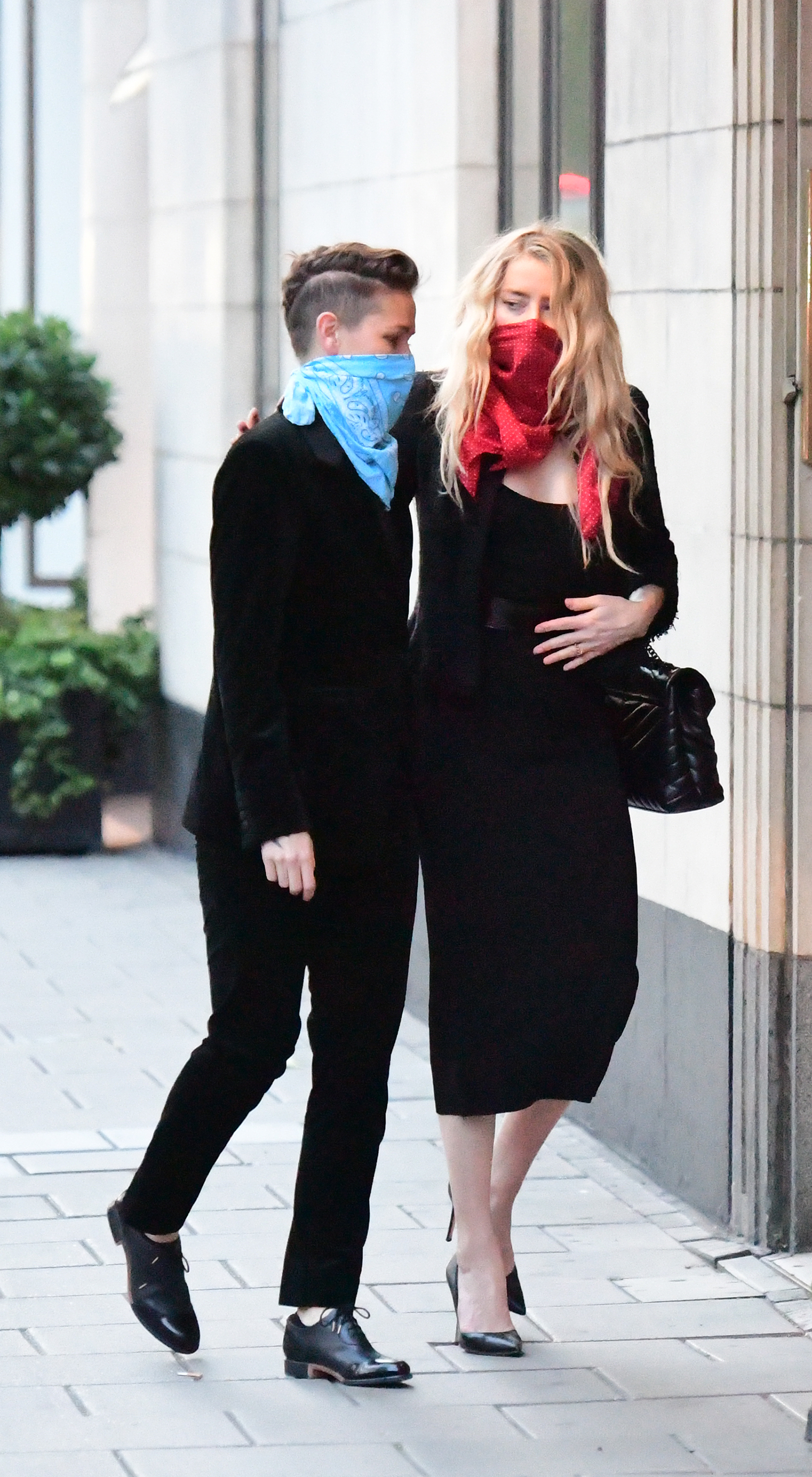 The group have been supporting Heard in court at a blockbuster trial against her ex-husband.

The actress and her group covered their faces in masks as they made their way into the Mayfair hotel for dinner. 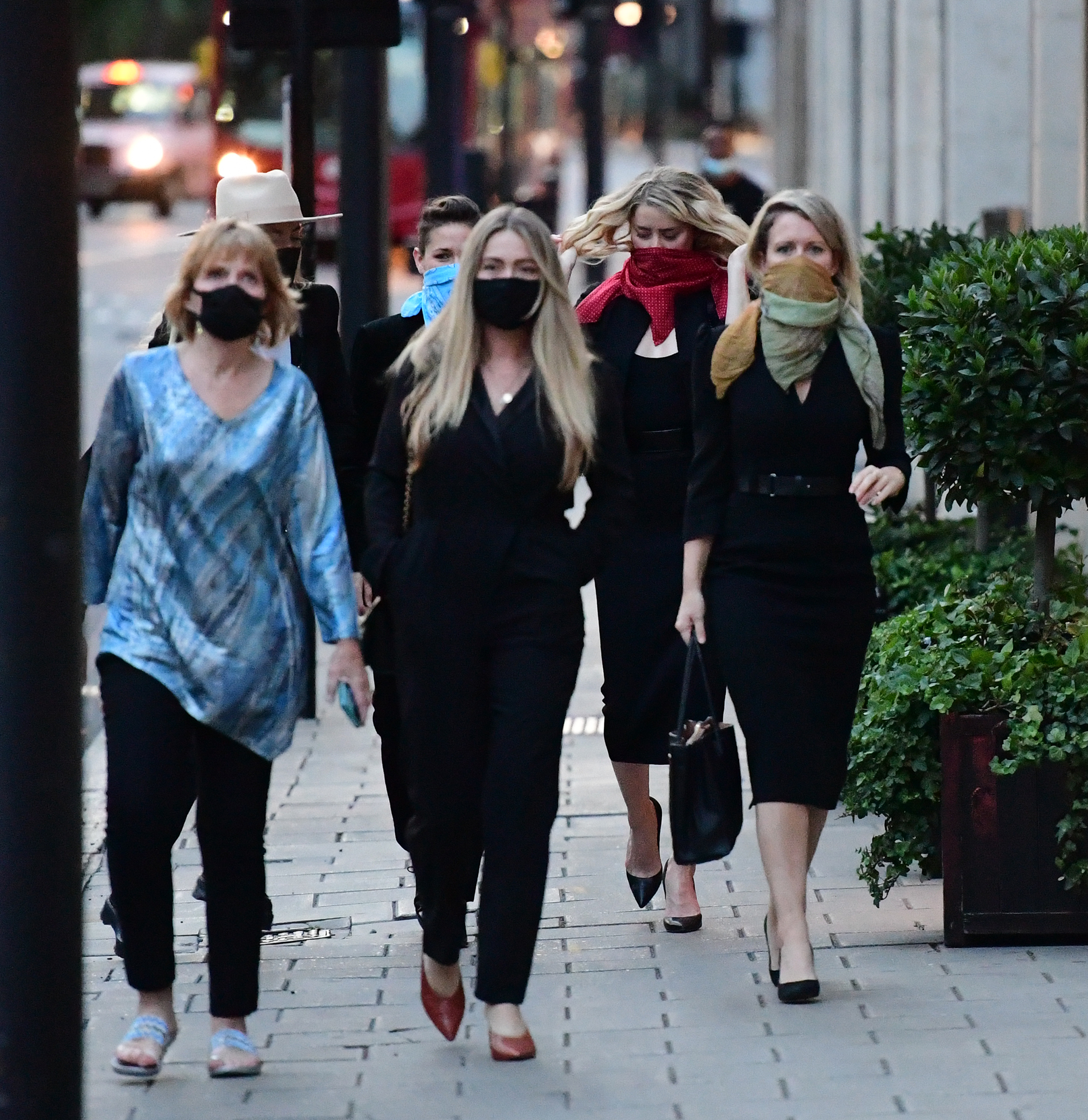 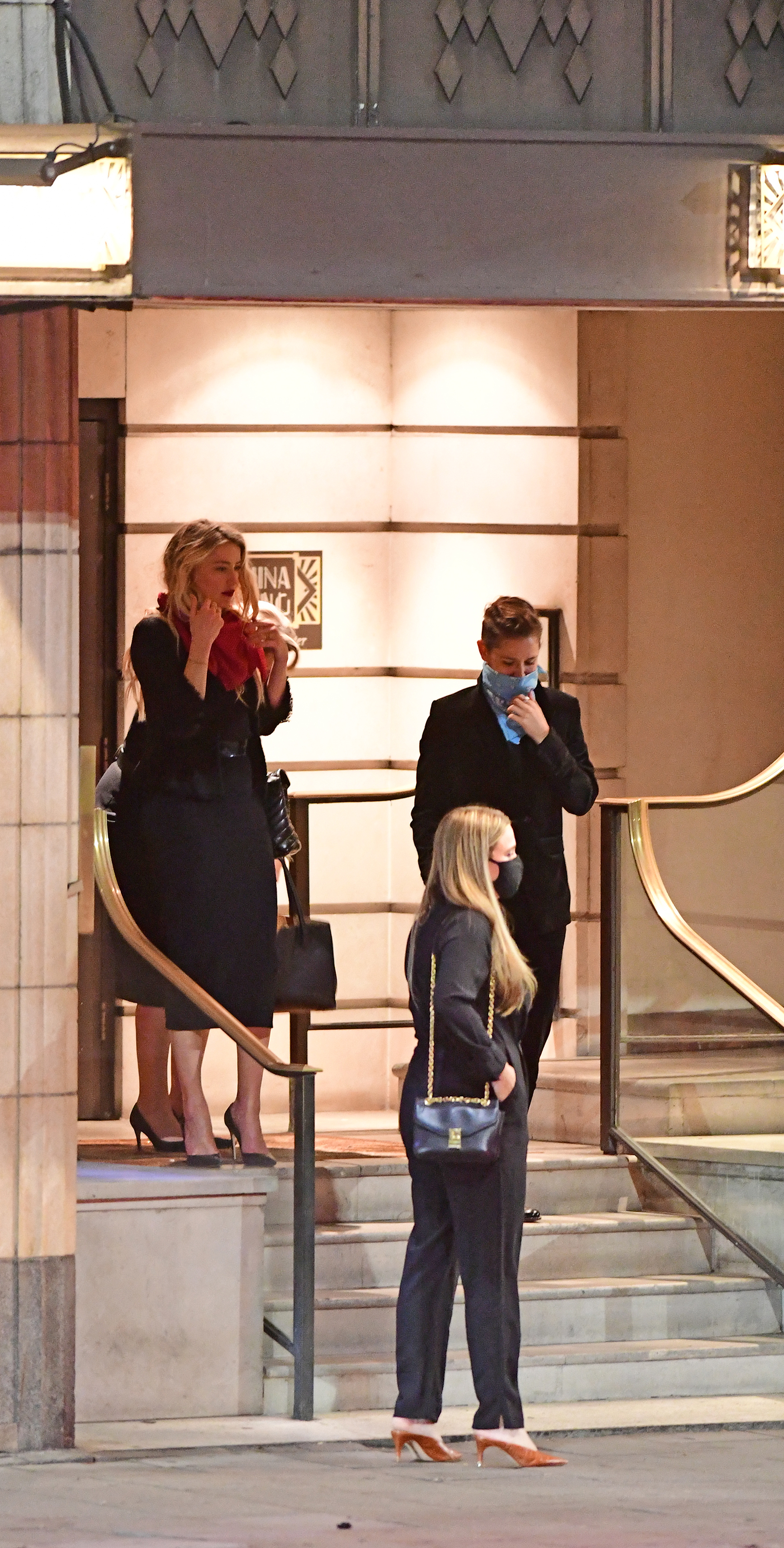 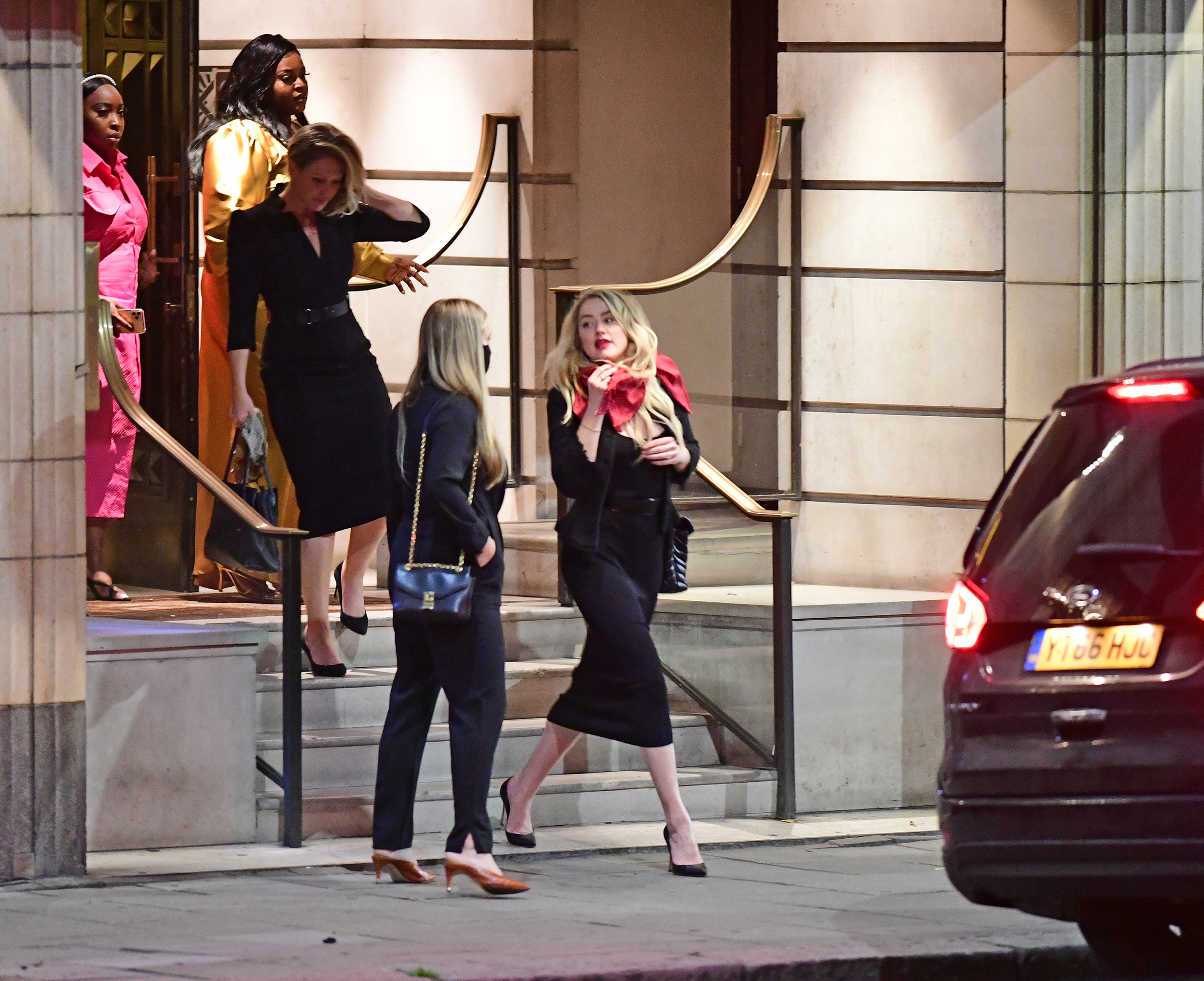 She was pictured touching Bianca's arm and later removed her face covering as the team headed back to her hotel for the night.

It came after both the Aquaman star and her sister took to the stand on Friday in another explosive week at the High Court.

Heard has accused Depp of attacking her 14 times over three years, which he denies.

She claims the Pirates of the Caribbean star would repeatedly beat her, often in drink or drug-fuelled rages. 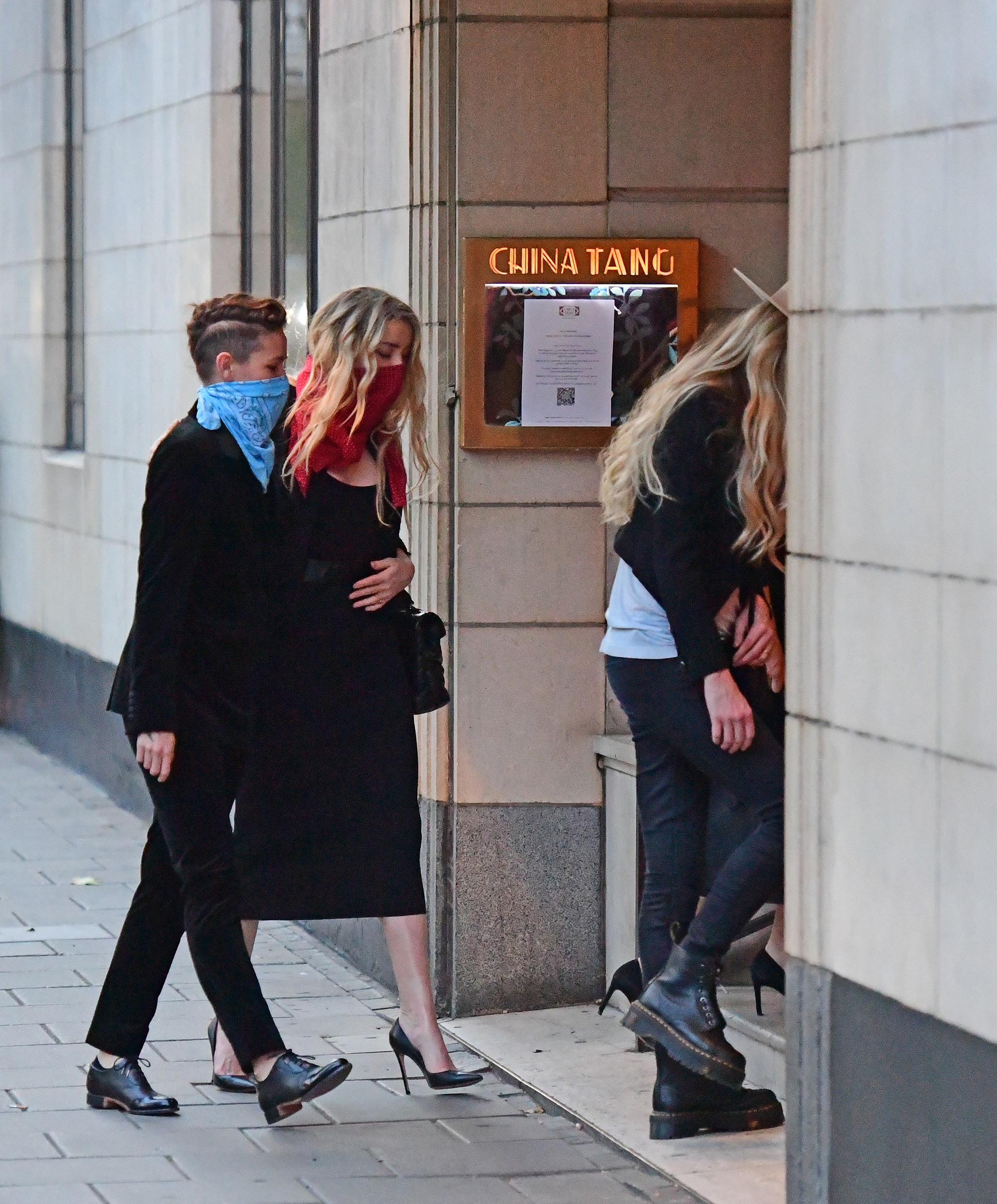 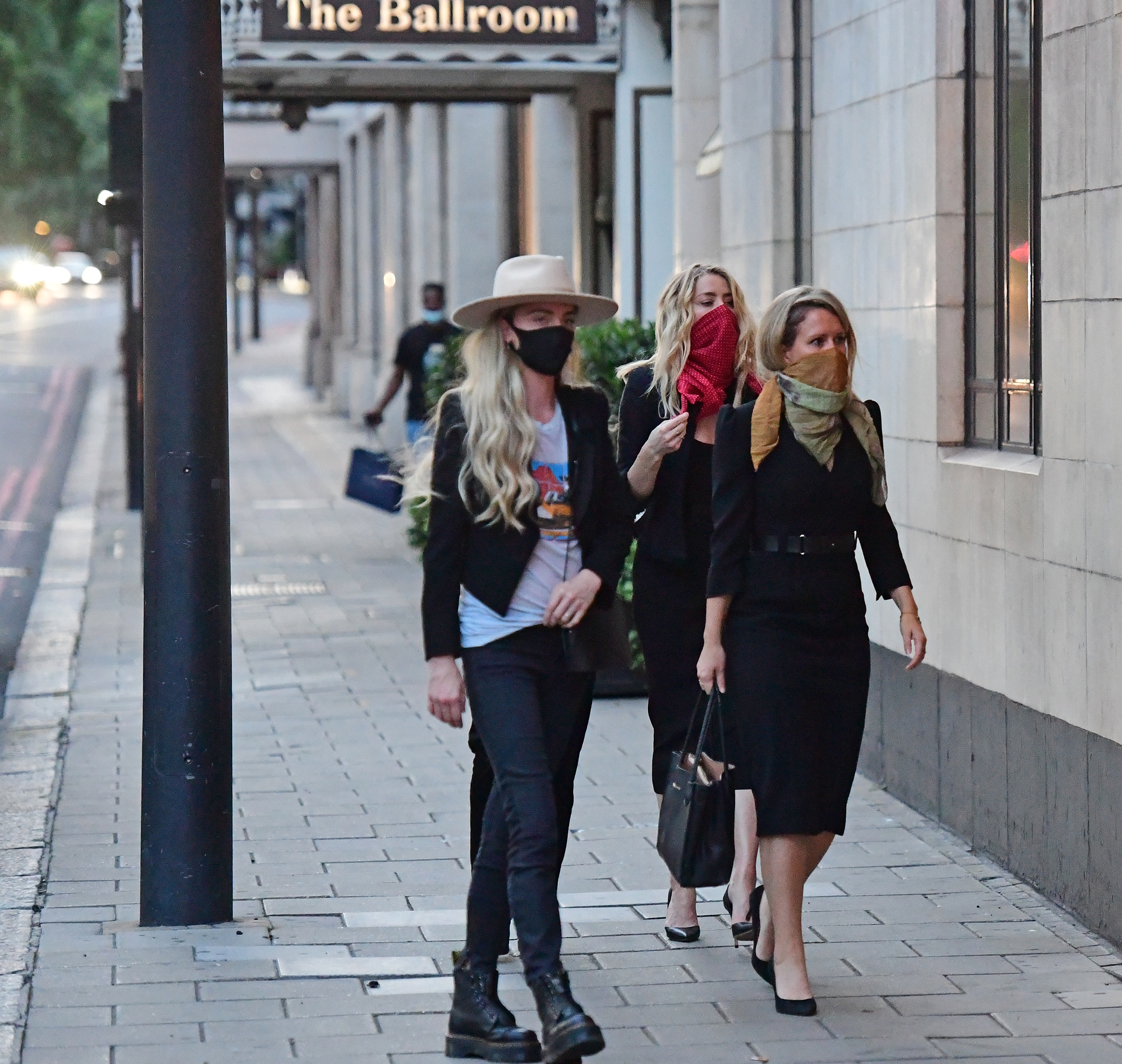 The actor "descended into physically destructive behaviour" – causing him to refer to his "drunken and violent persona as 'the monster'", it was said.

But in a series of explosive revelations, Depp has branded Heard's abuse allegations "complete lies".

And he has accused her of "building a dossier" of false allegations as an "insurance policy".

Depp is suing The Sun for referring to him as a "wife-beater" in a 2018 article. The Sun, supported by Ms Heard, says the term was justified.

He has brought separate libel proceedings against Heard in the US.

The couple married in LA in 2015 after meeting on the set of The Rum Diary.

But they divorced two years later after Heard, who donated her £5.5million settlement to charity, accused Depp of abuse. 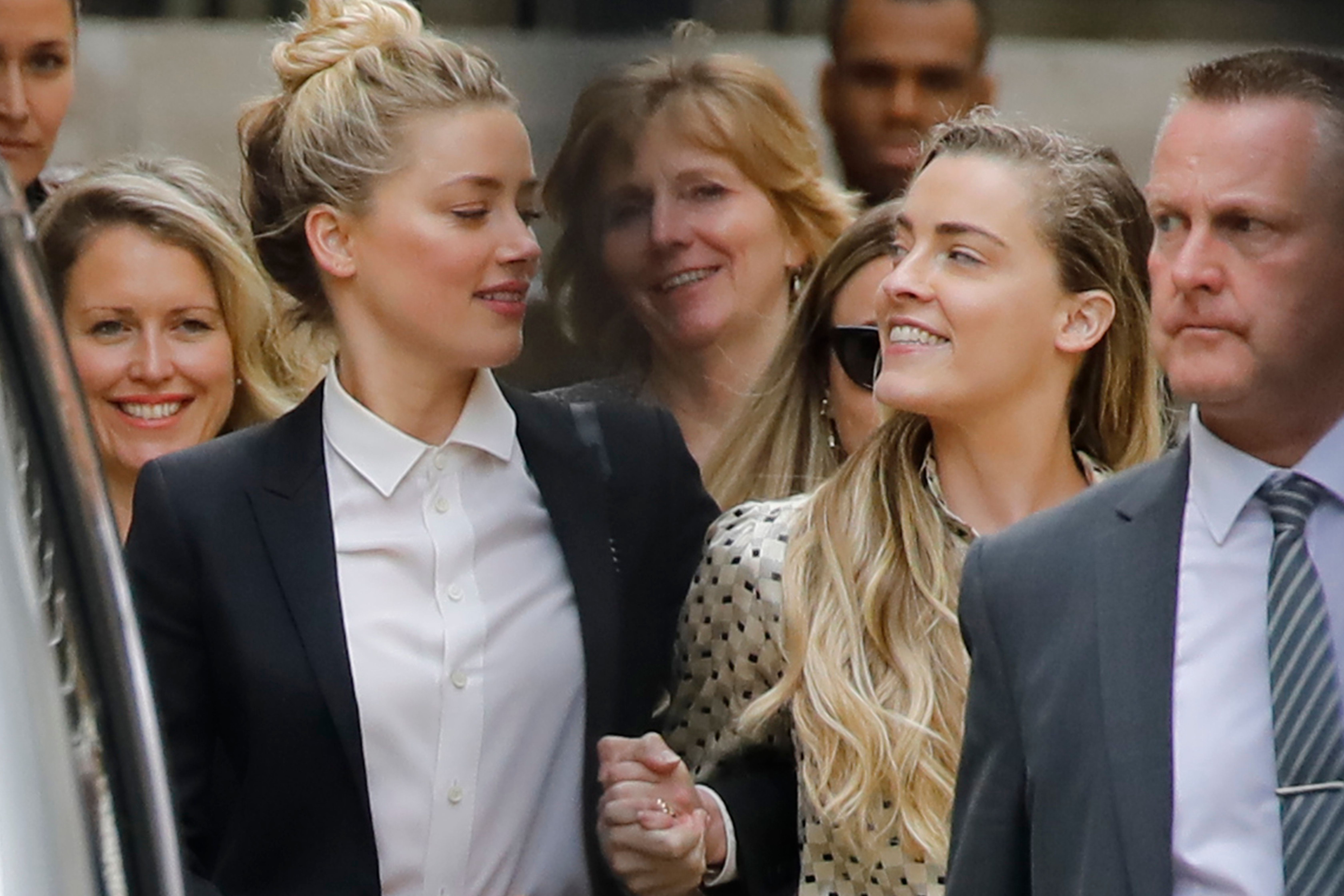 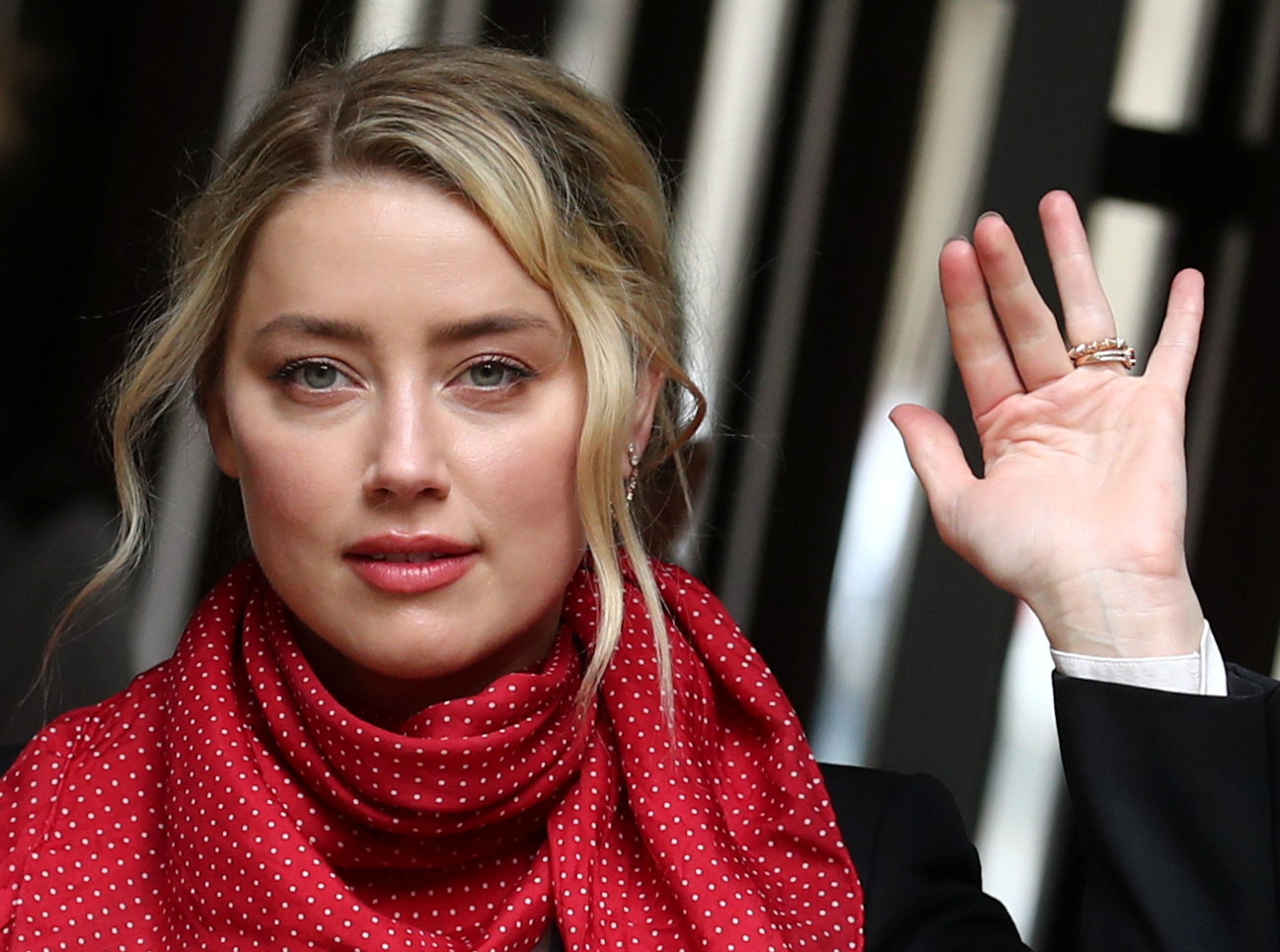 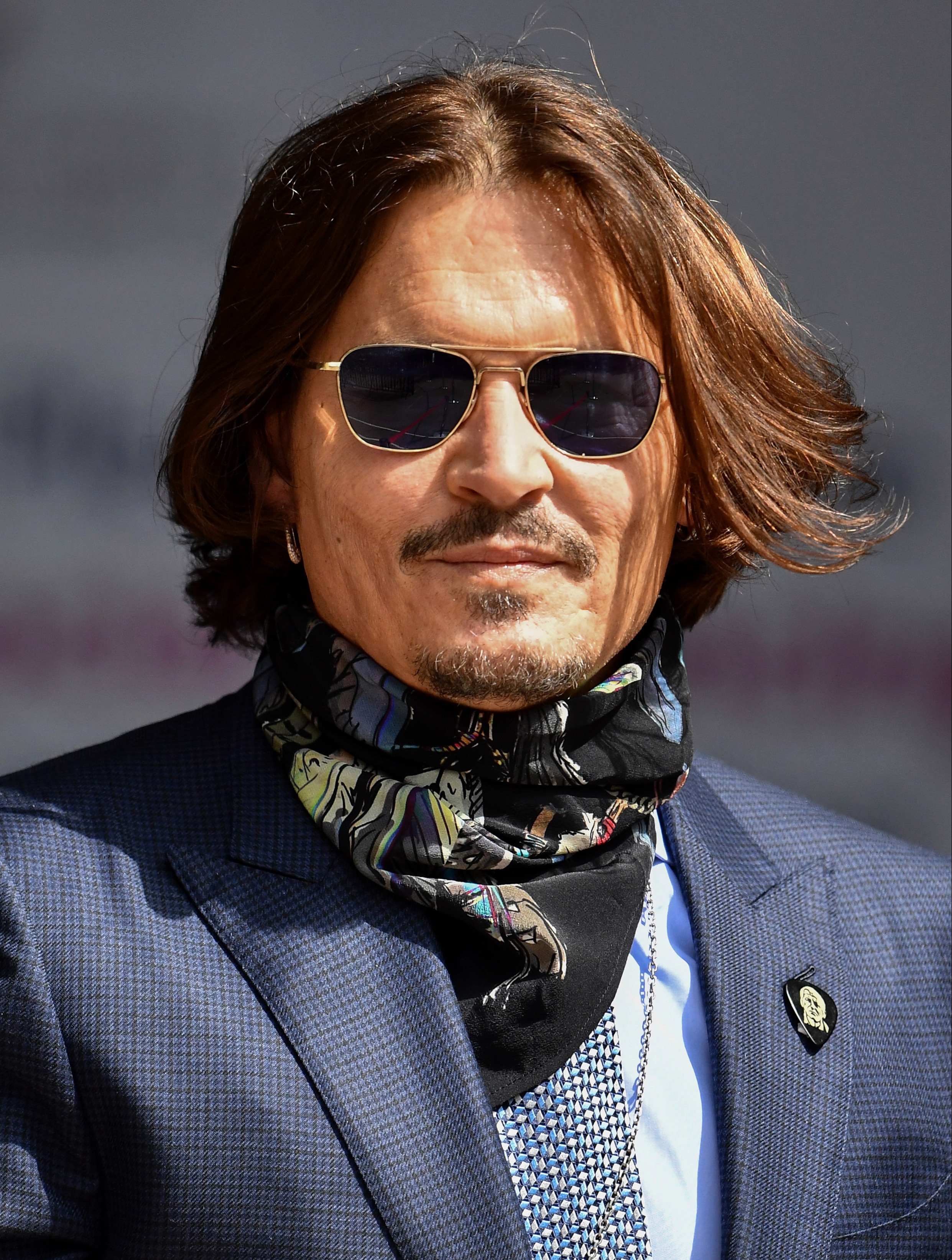