Have some breakfast on me!’ ‘Friendly citizen’ leaves heartwarming letter and £10 note to thank ambulance crew on 999 call for working ‘day and night’

A ‘friendly citizen’ left a lovely note for an ambulance crew attending a 999 call in Camberley.

One of the Tongham Ambulance Crews for South East Coast Ambulance Service found the note on their ambulance while attending to a patient on a 999 call in Camberley in the early hours of August 27.

The note read: ‘Just wanted to say a massive thank you for being out at all hours of the day and night and being true heroes. 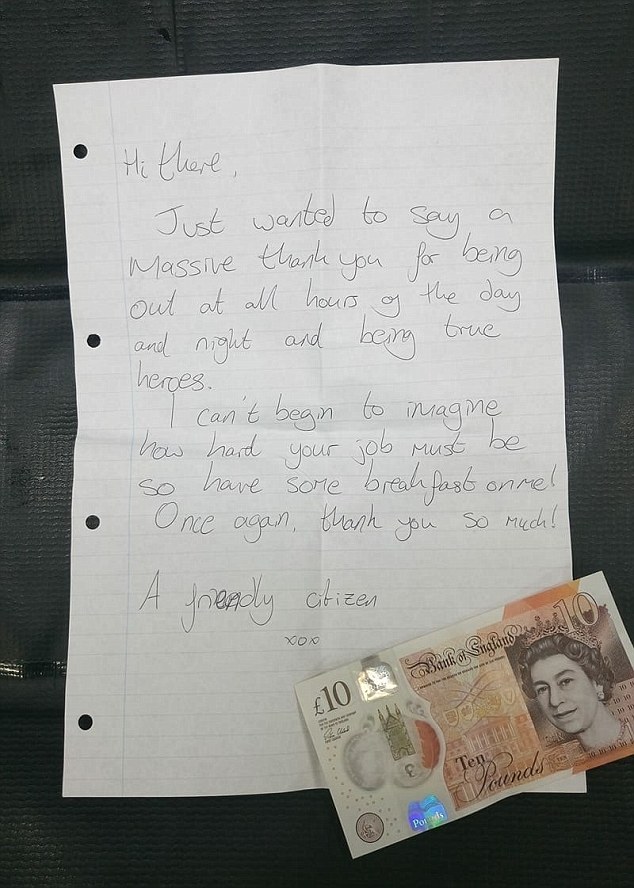 ‘I can’t begin to imagine how hard your job must be so have some breakfast on me!

‘Once again, thank you so much!’

The note signed by ‘a friendly citizen’ was left on the ambulance accompanied by a ten pound note.

Jonathan Murrell contacted SurreyLive to say: ‘Thank you to the anonymous member of the public for buying them a well-earned bank holiday breakfast!’

Paramedic, Liam Morgan, and emergency care support worker, Samantha Finn, were ten hours into their 12-hour night shift and it made their night, according to Mr Murrell.

The pleasant note comes after a string of abuse paramedics and ambulance crew have experienced just this year. 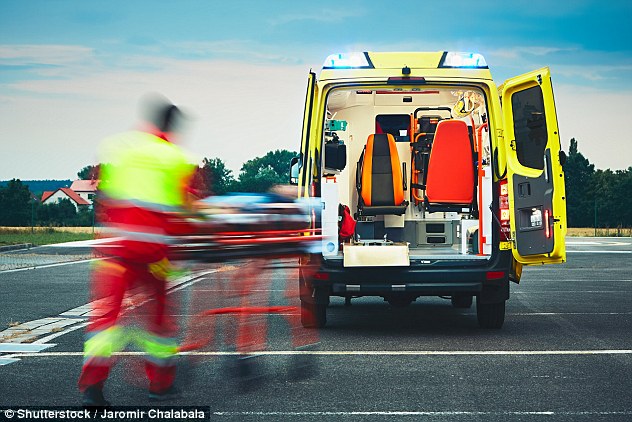 The pleasant note comes after a string of abuse paramedics and ambulance crew have experienced just this year. (Stock photo)

In July, a parking warden was spotted placing a ticket on an ambulance after a paramedic stopped for a drink,

The viral video footage saw the the female paramedic arguing with the warden in Cheshire after her vehicle was left on a double yellow line outside a Tesco Express.

In another incident last month paramedics dealing with an emergency in Leicester were left a handwritten note on their windscreen from a disgruntled resident complaining a driveway had been blocked  for 45 minutes.

In March, a paramedic returning to his ambulance outside a hospital found an angry note pinned to his windscreen from an A&E consultant reading ‘Think about others before you block others’ car’ at Pinderfields Hospital in Wakefield, West Yorkshire.

Paramedic Zain Ali Kazmi, who discovered the note, tweeted: ‘Came out of ED to find this! Another note on an ambulance this time from an A&E consultant outside A&E because he was blocked in a bay where he shouldn’t have parked himself!

‘We get enough of this stuff from the public. It’s not nice seeing it from another health care professional.’