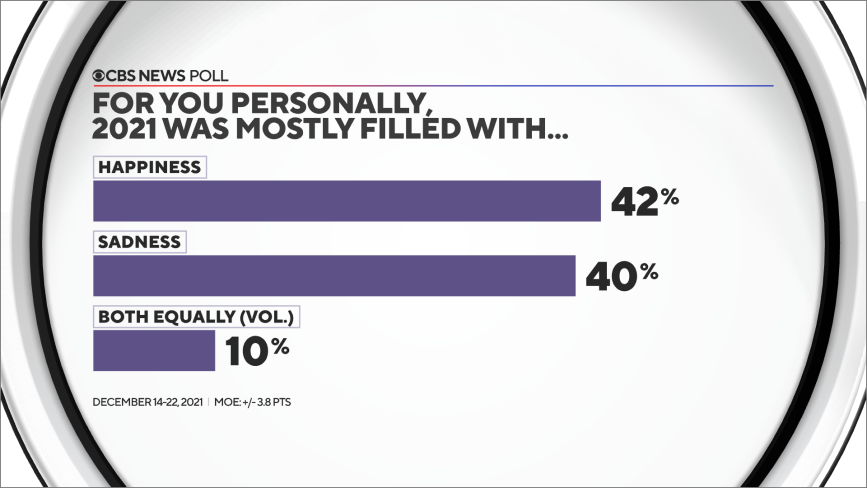 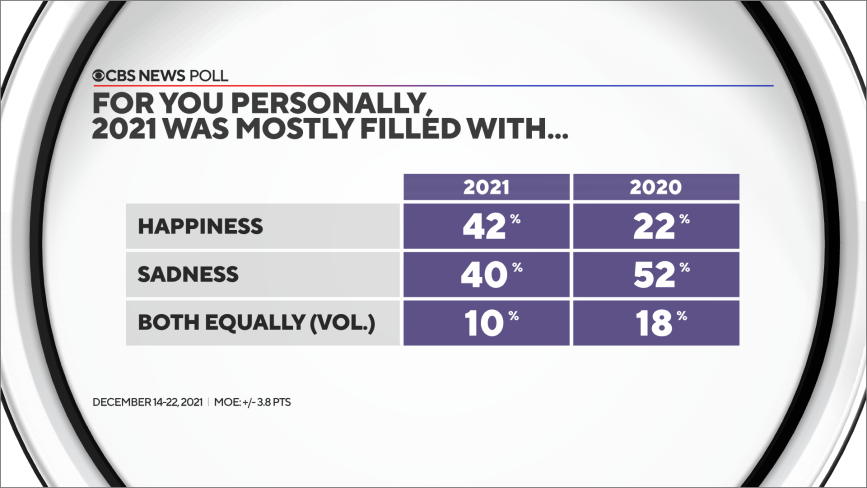 Though views of 2021 are mixed, most Americans feel hopeful when looking ahead to 2022. Seventy-one percent of Americans say they personally feel mostly hopeful, while just 22% feel mostly discouraged. Most Americans feel hopeful regardless of how they feel about the past twelve months, though those with a happier outlook on the past year (86%) are more likely to be hopeful than those who view the last twelve months with sadness (59%). 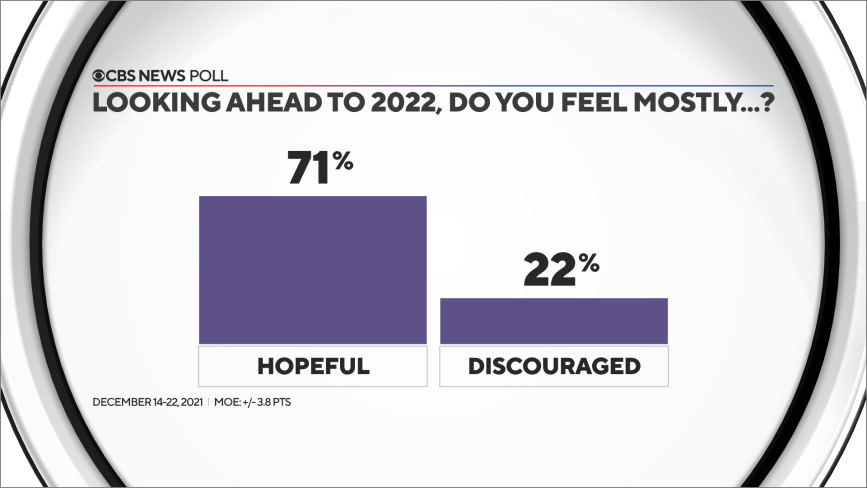 This poll was conducted by telephone December 14-22, 2021 among a random sample of 1,009 adults nationwide. Data collection was conducted on behalf of CBS News by SSRS of Glen Mills, PA. Phone numbers were dialed from samples of both standard land-line and cell phones.

The poll employed a random digit dial methodology. For the landline sample, a respondent was randomly selected from all adults in the household. For the cell sample, interviews were conducted with the person who answered the phone.

Interviews were conducted in English and Spanish using live interviewers. The data have been weighted to reflect U.S. Census figures on demographic variables. The error due to sampling for results based on the entire sample could be plus or minus 3.8 percentage points. The error for subgroups may be higher and is available by request. The margin of error includes the effects of standard weighting procedures which enlarge sampling error slightly. This poll release conforms to the Standards of Disclosure of the National Council on Public Polls. 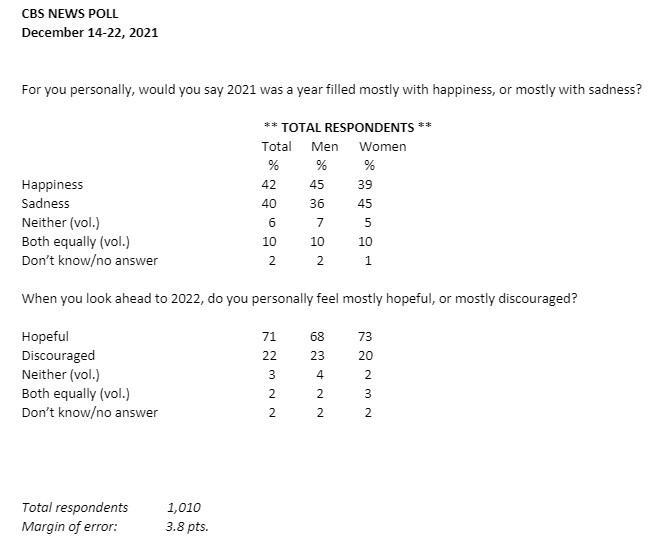 Beethoven's Ninth: The coda to an epic life in music