Ms Leadsom, 56, was being questioned about her past drug use after the revelation that her leadership rival Michael Gove took cocaine ‘on several occasions’ when he was a journalist 20 years ago.

She admitted to smoking the drug while at Warwick University in the 1990s but insisted she had never taken a class A drug like cocaine. 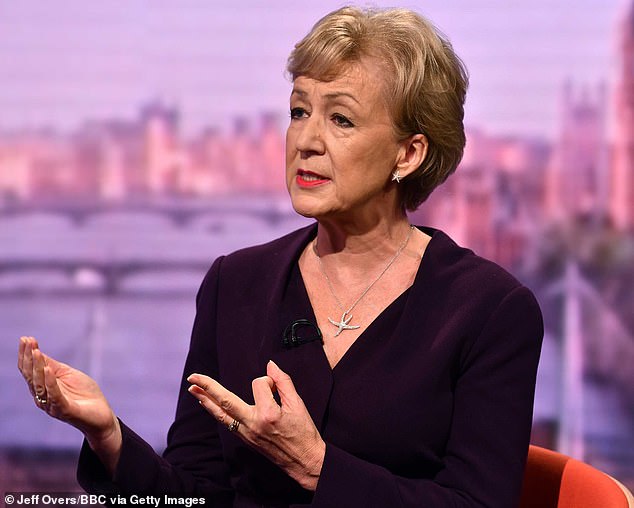 In an interview with the Independent she said: ‘Everyone is entitled to a private life before becoming an MP.

‘I smoked weed at university and have never smoked it again since.’

Mr Gove admitted his drug-taking past by saying: ‘I took drugs on several occasions at social events more than 20 years ago.

‘At the time I was a young journalist. It was a mistake. I look back and think, “I wish I hadn’t done that”.

‘It was 20 years ago and, yes, it was a mistake. But I don’t believe that past mistakes disqualify you.’ 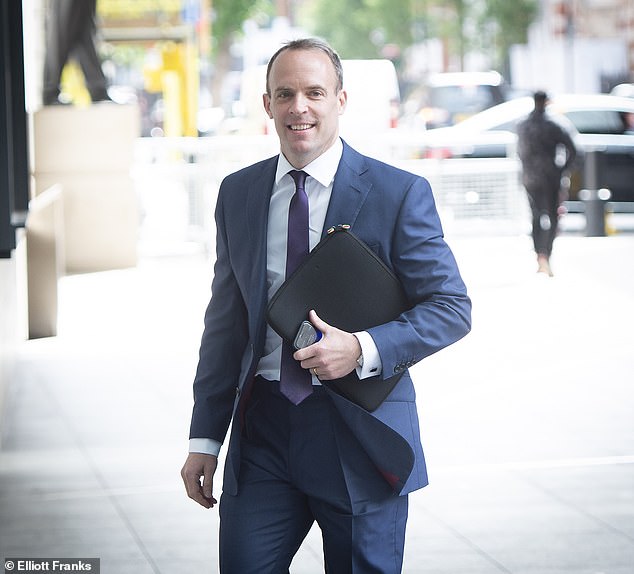 Former Brexit Secretary Dominic Raab, who admitted smoking cannabis as a student, believes Mr Gove’s law-breaking should not rule him out of becoming Prime Minister

Ms Leadsom is now the fourth Conservative party leadership contender to have owned up to taking drugs in the past.

Rory Stewart confessed to smoking opium at an Iranian wedding while Jeremy Hunt admitted to once drinking a cannabis lassi (an Indian yoghurt-based drink).

Following Michael Gove’s cocaine admission, leadership rival Dominic Raab said: ‘I certainly don’t see it barring him from this race in any way,’ adding: ‘I rather admire his honesty.’

Mr Raab, who has previously admitted taking cannabis as a student, told BBC Radio 4’s Today: ‘It was a long time ago and pretty few and far between. I have never taken cocaine or any class A drugs.’

He said class A drugs ‘are a bit different’ but ‘I’m not going to cast any further aspersions on Michael or anyone else who is just honest about being human and doing the things that some young people do – not everyone, obviously – and holding their hand up and saying ‘I got that wrong, move on”.