ANDREW PIERCE: Jeremy Corbyn is still putting his big left foot in it…

Even the most ardent of Comrade Corbyn’s supporters must concede that his much vaunted fight back against anti-Semitism has imploded spectacularly.

His article for The Guardian in which he vowed to drive anti-Semitism from the Labour Party, was first published online on Friday just before the start of the Sabbath. As the Mail reported, the timing infuriated many in the Jewish community.

Now, Corbyn stands accused of associating with a supporter ejected from the party for alleged anti-Semitism.

In a video message, the Labour leader had urged his Party members to attend ‘Southwark Transformed’, an event held on Saturday in London by Momentum, the hard-Left organisation established to bolster Corbyn’s leadership. 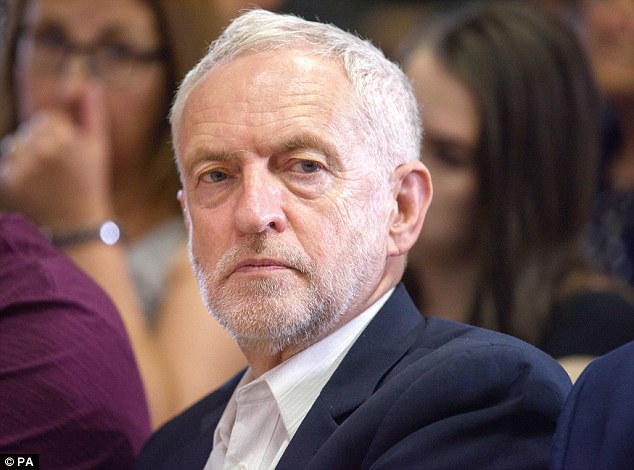 One of the speakers was none other than Marc Wadsworth, a veteran Corbyn supporter who, in 2016, had been involved in a verbal confrontation with Jewish Labour MP Ruth Smeeth. Smeeth was reduced to tears.

After a disciplinary hearing, Wadsworth was expelled from the Labour Party in April.

Jon Lansman, founder of Momentum, withdrew as a speaker from the event rather than share a platform with Wadsworth (listed, ironically, as an ‘anti-racism’ speaker).

However, his presence didn’t stop Corbyn appealing for people to ‘get along’ to the event. 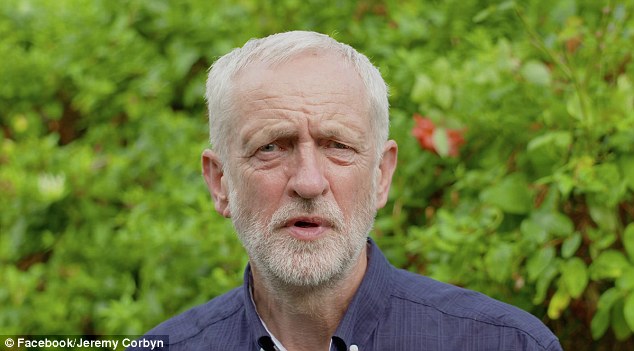 In a video message, the Labour leader had urged his Party members to attend ‘Southwark Transformed’, where Marc Wadsworth, a supporter ejected from the party for alleged anti-Semitism

Perhaps that’s no surprise. Wadsworth has revealed that he was telephoned by Corbyn’s office at the start of his disciplinary hearing and told ‘they had been working behind the scenes, that what I said wasn’t anti-Semitic’.

At the time, Labour confirmed that a staff member had spoken to Wadsworth, but had not offered support.

So why, given the party is riven by anti-Semitism allegations, is Corbyn allowing his name to be linked with Wadsworth (who is planning to challenge his expulsion in court) yet again?

Political impressionists were once a staple of Saturday night TV, but today there is far less demand for their talents. And, apparently, it’s the politicians who are to blame. ‘People thought John Major was grey,’ says Rory Bremner. Singling out ‘Eeyore’ Chancellor Philip Hammond and lugubrious Transport Secretary Chris Grayling, Bremner says: ‘Some of these make Major look like an explosion in a paint factory.’ How right he is.

Environment Secretary Michael Gove has hailed another benefit of Brexit. Gove, speaking at a Countryfile Live event recently, said: ‘Whatever else Brexit may bring, it will bring English sparkling wine, providing a level of cheer to British drinkers, greater than that provided by French champagne.’ Cheers to that! 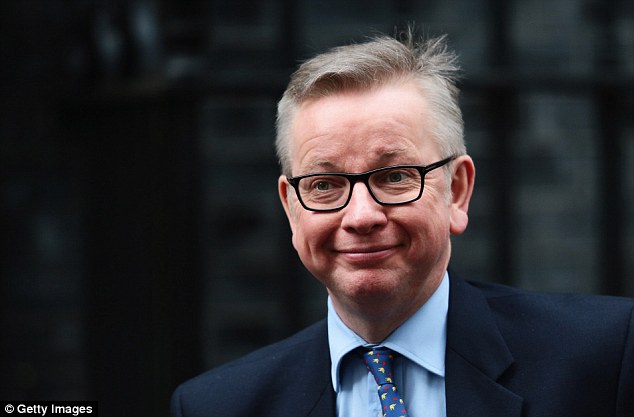 Former Chancellor George Osborne has ruled out a return to Westminster. ‘Do I want to be in some kind of vipers’ nest with everyone trying to kill each other? I don’t need that,’ he tells GQ magazine. He could have fooled me. As editor of the Evening Standard, he’s done his best to kill off Mrs May, who sacked him from the Cabinet.

Quote of the week

Vernon Bogdanor, Professor of Government at King’s College London and one of our leading constitutionalists, said in a letter to the European Union-loving FT that the EU should recall the lessons of 1940. ‘In Churchill’s words, we were fighting by ourselves alone, but not for ourselves alone.

‘Had we failed, Europe would have been united but not in freedom.

‘That is something, perhaps, that the other 27 might bear in mind in their Brexit negotiations with the British government.’

Hunt out for a Mandarin duck

Last week, in a spectacular gaffe during a trip to Beijing, new Foreign Secretary Jeremy Hunt described his Chinese wife as ‘Japanese’. You’d think he’d know the difference. After all, as Culture Secretary, the multi-millionaire Mr Hunt claimed more than £2,500 in public money to learn Mandarin because it would help him do his job better.