At least 14 people were injured at a Backstreet Boys concert in Oklahoma on Saturday after a powerful storm tore through the venue.

Heavy rain, 80mph winds and lightning forced staff to begin evacuating fans from the outdoor venue at WinStar World Casino and Resort in Thackerville before the concert featuring the Backstreet Boys and 98 Degrees had even kicked off.

WinStar spokeswoman Kym Koch Thompson said that around 150 people in line ‘did not heed staff’s warnings’.

The storm caused the metal trusses holding up the entryway to fall to the ground at around 5.30pm, hitting multiple people. 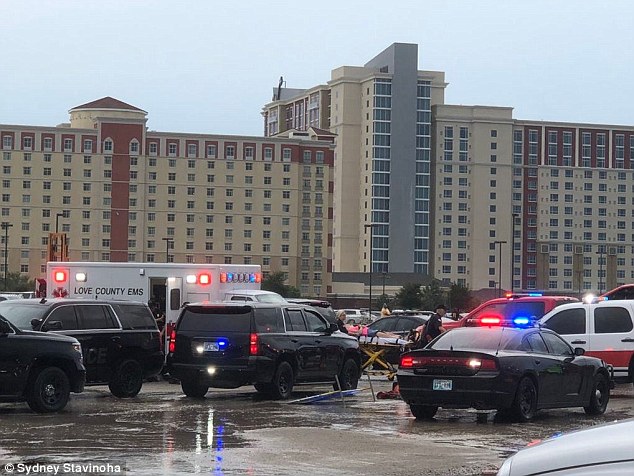 At least 14 people were injured at a Backstreet Boys concert in Thackerville, Oklahoma, on Saturday after a powerful storm hit the outdoor venue at WinStar World Casino and Resort 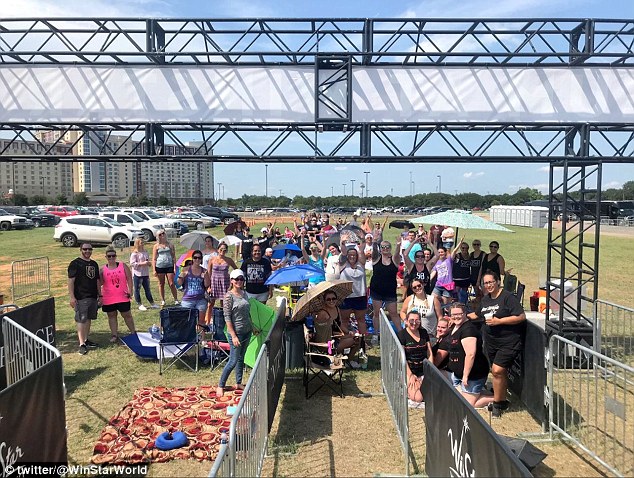 The stormed knocked over metal trusses at the entrance to the venue, hitting multiple people. WinStar posted a photo of fans gathered at the entrance earlier in the afternoon (above) 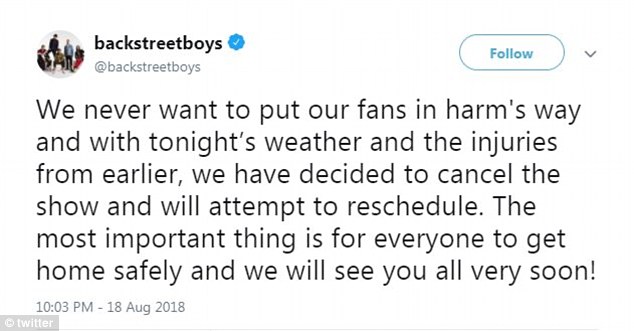 One attendee, Linda Tesfatsion, tweeted a photo of the downed structure, which was holding up a purple banner with the words ‘The Colosseum at WinStar’, writing in the caption: ‘Hundreds of Backstreet Boys fans playing chicken with an Oklahoma storm right now.

Tesfatsion said she saw four people being put on gurneys and into ambulances.

A few of the injured had bandages on their heads but were able to walk, she said.

Thomson said at least two of the people hospitalized have already been released. 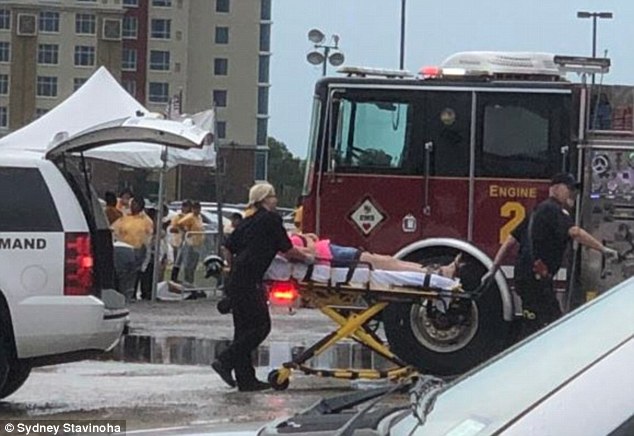 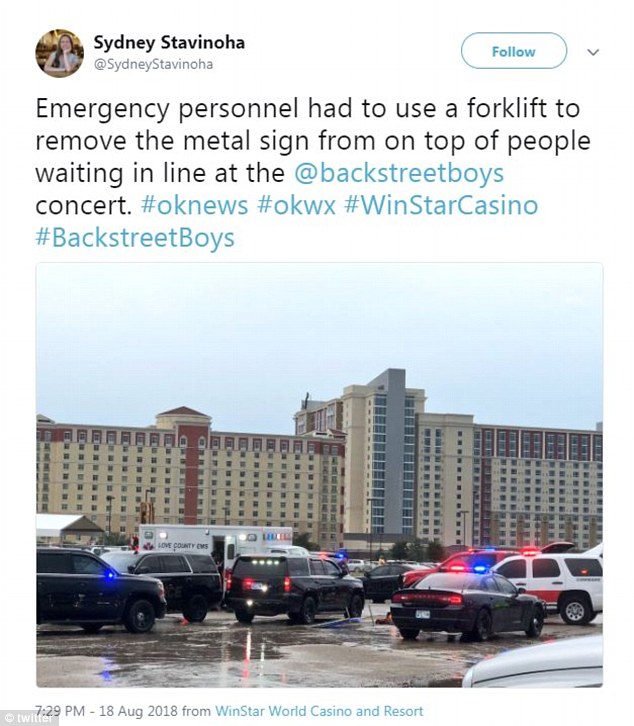 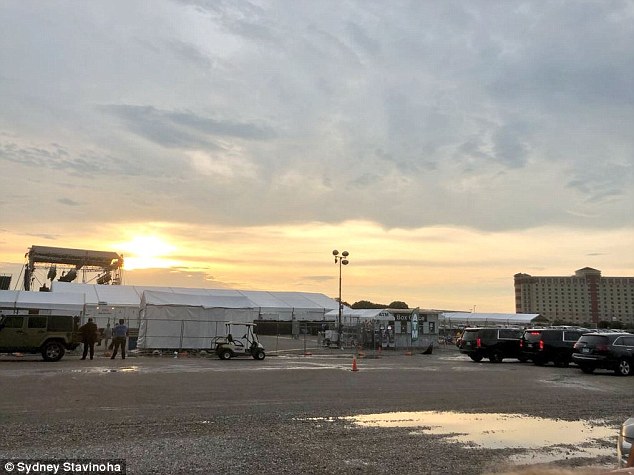 Sun rays peaked through the clouds after the powerful storm rolled through around 5.30pm

Shortly after the entryway fell, Backstreet Boys member Kevin Richardson tweeted: ‘Hey folks! Severe weather, high winds and rain just passed thru here in Thackerville, OK. Emergency crews are on the seen as tent calapsed (sic) and some folks who were seeking shelter were injured. Waiting to determine damage to our stage and production. Status of show TBD.’

A little less than three hours later he posted an update, writing: ‘Unfortunately, due to damage sustained in the storm earlier this evening, we are unable to perform the show tonight. Safety is always #1. Keep your tickets because, Backstreet WILL BE BACK!’

The band’s official Twitter also posted: ‘We never want to put our fans in harm’s way and with tonight’s weather and the injuries from earlier, we have decided to cancel the show and will attempt to reschedule. The most important thing is for everyone to get home safely and we will see you all very soon!’ 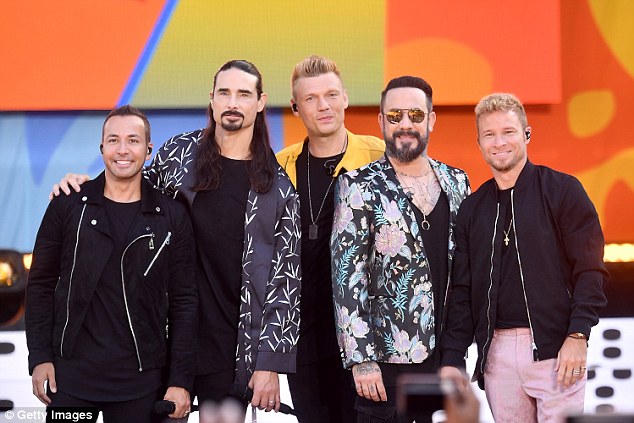