More than 200 people are feared to have died after a ferry carrying more than 100 people capsized on Lake Victoria in Tanzania.

Rescuers were frantically searching for those trapped on board the MV Nyerere on Thursday evening after the boat began to sank en route between the island of Bugolora and Ukara.

A source told the BBC that despite the fact the MV Nyerere was only built for 105 people, there were more than 400 passengers on board when it sank.

Government sources said 40 were confirmed dead but there were more than 200 people ‘feared drowned’ as rescue operations continued. 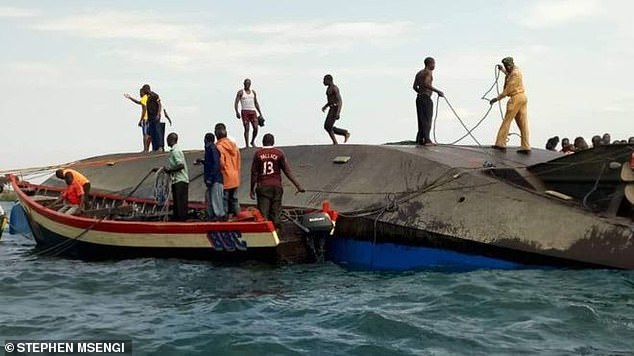 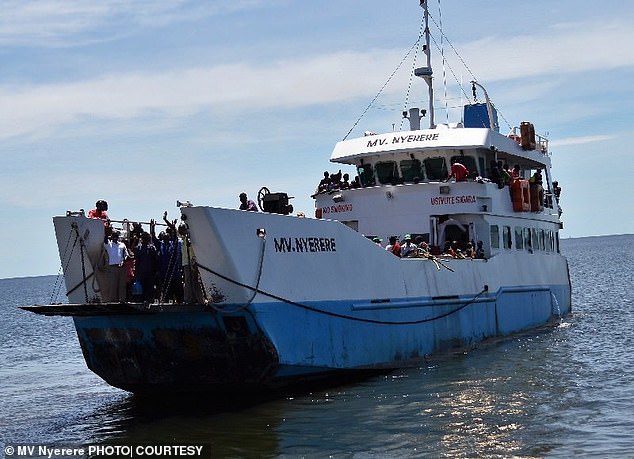 The MV Nyerere (pictured before disaster) was built to carry 105 people, but a source told the BBC that around 400 had been travelling on board when it capsized

The Tanzanian government has confirmed the ferry capsized but exact figures for those on board are yet to be confirmed.

A spokesperson confirmed 40 people had died in the tragedy – with the number expected to rise.

‘According to reports that President John Magufuli has just received from the authorities in Mwanza, the toll now stands at more than 40 dead,’ Gerson Msigwa, the president’s spokesman, said on state television.

Civilians and official rescuers were said to be frantically working together to help the survivors of the disaster.

The Citizen of Tanzania reported that fishermen rescued about 20 people immediately after the incident. 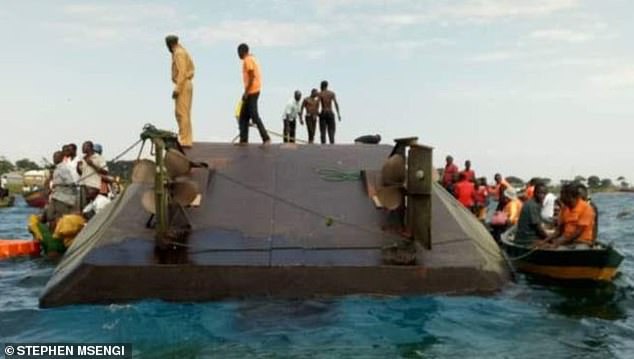 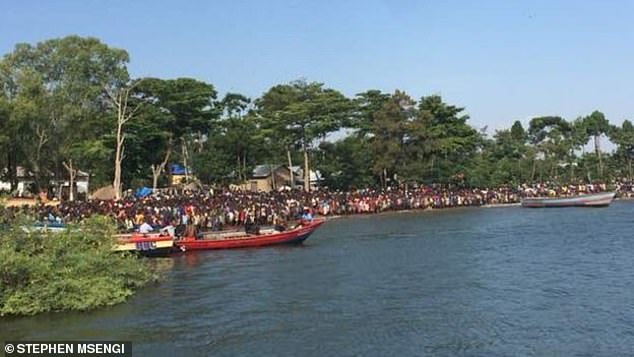 Tanzania’s Electrical, Mechanical and Services Agency spokeswoman Theresia Mwami said so far they had not established the exact number of passengers who were on board.

‘We pray to God to give us hope in such an accident,’ Regional Commissioner Adam Malima told reporters.

‘We pray to God to give us hope that there has not been a high death toll.’

In 2012, at least 145 people died in a ferry disaster in the semi-autonomous archipelago of Zanzibar in the Indian Ocean, on a vessel that was overcrowded. 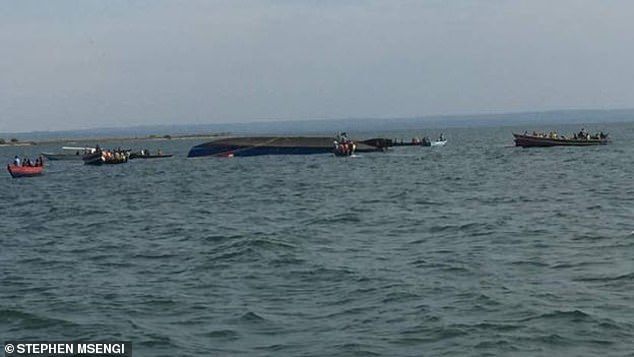