Mother battled desperately to save her 10-month-old baby boy after he choked to death on a piece of apple during a family day out at a zoo, inquest hears

A 10-month-old baby choked to death despite desperate attempts by his mother to save him after being given a piece of apple during a family day out at the zoo, an inquest heard.

Benjamin Philip Masters, from Worthing, was in the picnic area with his brother Dominic and mother Lucy on April 18 at Drusillas Park, in Alfriston, East Sussex, when he started to choke on a piece of apple.

Lucy, who works as a member of cabin crew, used her airline training to give her son first aid. 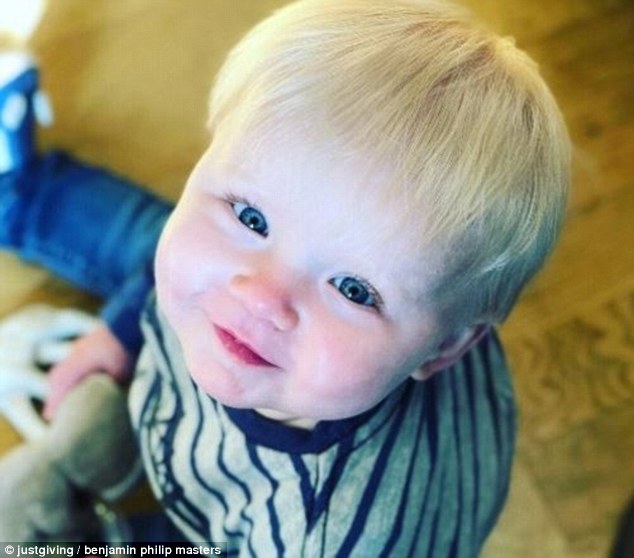 Benjamin Masters was on a family day out at Drusillas Park in Alfriston, East Sussex, when he started to choke on a piece of apple 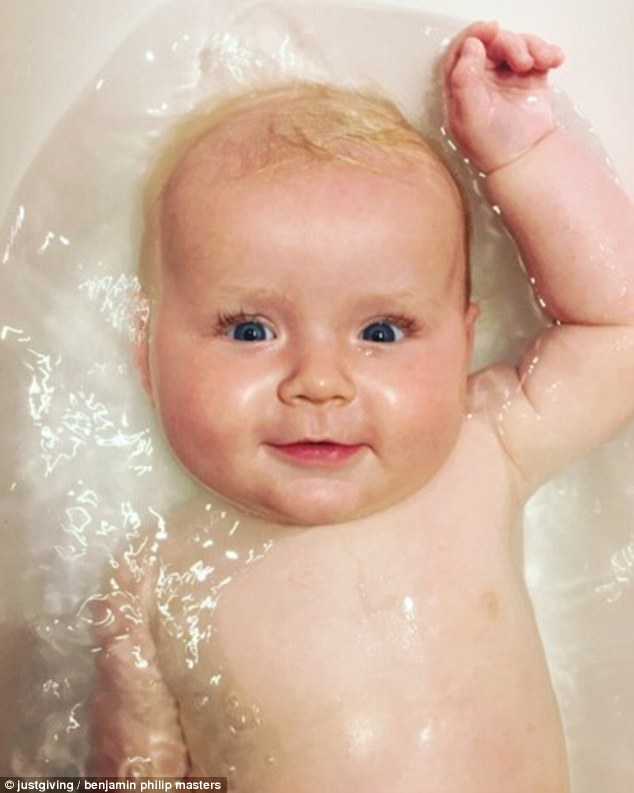 The director at Drusillas Park, Cassie Pollard, provided a statement which said at around 11.20am a customer shouted that a child was choking outside Mungo’s cafe at the zoo.

Staff rushed over and administered first aid and CPR as the 10-month-old had gone into cardiac arrest.

An ambulance was called and paramedics arrived on scene at the picnic area.

Daniel Hunt, from the South East Coast Ambulance Service (SECAmb), recounted in a statement how the team took over from Drusilla’s staff administering chest compressions and the piece of apple was eventually removed.

Benjamin was then rushed to Eastbourne District General Hospital before being transferred to St George’s Hospital in London, but sadly died there on April 24. 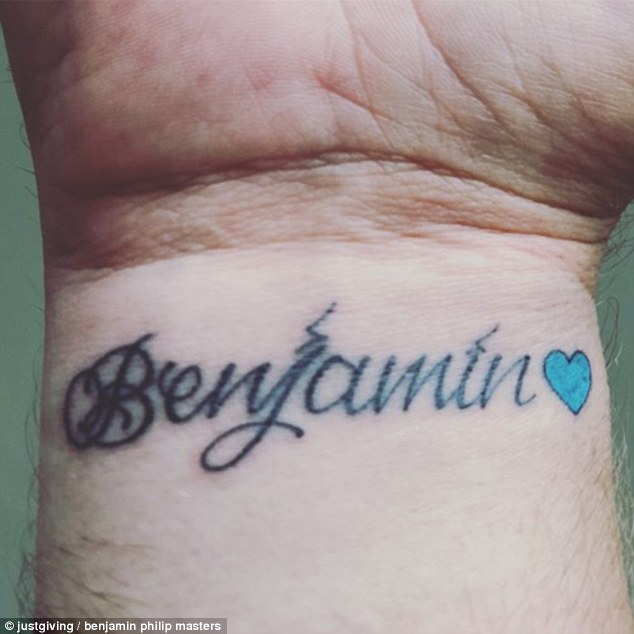 A family member with a touching tattoo tribute to Benjamin. The family has launched a crowdfunding page to raise money for St George’s hospital in London 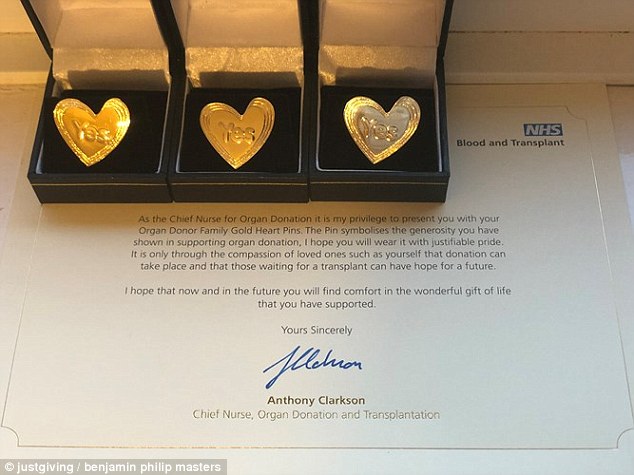 Speaking at the inquest in Eastbourne town hall, his father Adam Masters thanked staff at Drusilla’s as well as medical teams and hospital staff who worked hard to try and save his life.

He said: ‘I wanted to come today because, having not been present, the timeline was very jumbled. It’s helped to clarify that evidence for me and have a bit of closure.

‘I’d like to thank everybody involved – the staff at Drusilla’s and the medical team and the staff at the hospital did a fantastic job.’

Coroner Alan Craze said, ‘A case like this is rare and distressing for absolutely everybody. I’m sorry to have put you through it. Thank you for coming, I hope the process will give you a certain amount of closure.’

He concluded an accidental death.

Benjamin’s parents gave their permission to donate his organs to help other small children.

In a crowdfunding page to raise money for the unit in St George’s Hospital which cared for Benjamin in his last days, his parents wrote, ‘Our little angel donated his heart, his liver, both kidneys, pancreas and small bowel.

‘Nothing can fill the huge void we have in our hearts for Benjamin but we want to give something back to the team at PICU.

‘This page is to raise funds in Benjamins memory, to provide much needed facilities within the ward, to comfort parents when they have a seriously sick child being looked after by the dedicated PICU team.’

The page has raised more than £17,000 and is available here