Prue Leith has called Britain ‘unbelievably class-ridden’ – and claims the nation is also divided between rich and poor when it comes to food.

The chef and Great British Bake Off judge, 80, who was born in Cape Town and came to the UK in 1960, said: ‘This is the most unbelievably class-ridden country. In South Africa there’s a racial divide and that was terrible.

‘But when I came to England, I couldn’t believe the gradations of class. People were looked down on for saying “toilet”.’ 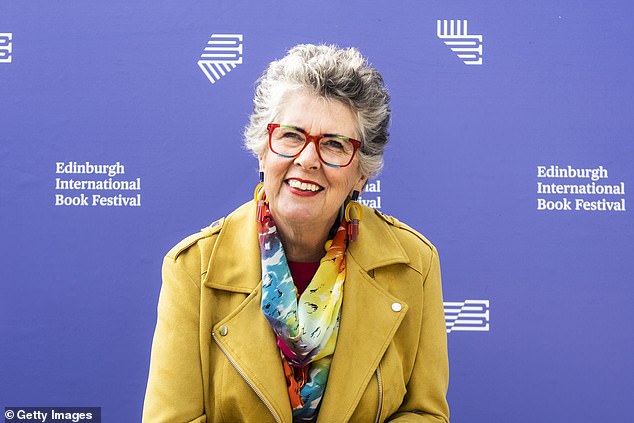 At the time members of the upper and middle classes would use the word ‘lavatory’ instead.

Miss Leith who joined the popular Channel 4 baking show in 2017, added: ‘There is a nervousness about stepping out of your class – “That’s not for the likes of me.” That’s absolute nonsense.

‘I remember people saying “You shouldn’t have ideas above your station.” You bloody well should!’

The mother-of-two, whose son is Tory MP Danny Kruger, told Radio Times there is also a class divide in British diets.

She said: ‘I think it’s true that, generally, educated people have a better life because they know more stuff and they know how to do things.’

Miss Leith, who never buys ready meals, insisted: ‘The people who most need to feed their children nutritiously and cheaply because they haven’t got much money are the ones that have the least education about cooking and food.’