Bank branch closures are killing off shops on the high street, a poll reveals.

Nearly a quarter of store owners said the loss of a local bank branch helped push them to close at least one store within the last five years.

And nearly half – or 46 per cent – told the Nottingham Building Society survey that such a loss had harmed their business. 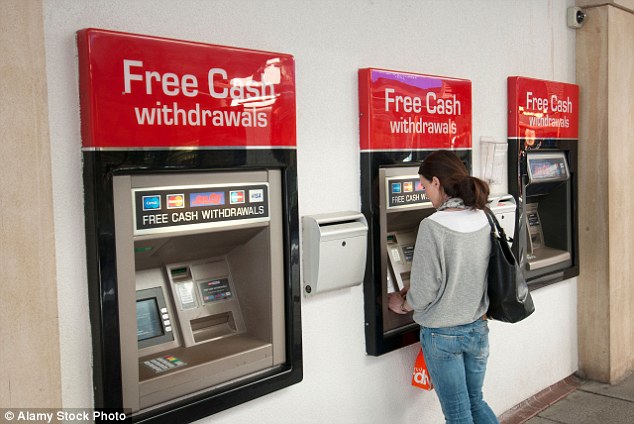 A poll has revealed bank branch closures are killing off shops on the high street. Stock image

A Government report released earlier this year shows that 1,270 bank branches were closed between 2014 and 2017, often to cut costs. This year alone, 650 were shut, with more to come.

Experts believe there are now as many as 1,500 towns in the UK that used to have branches but no longer do.

The Daily Mail has been campaigning to save the country’s high streets, which are being hit by lower footfall and higher business rates than online retailers. An investigation earlier this year found Lloyds and Royal Bank of Scotland were downplaying how many customers used branches they wanted to shut.

The survey questioned 100 UK shop owners and 1,073 shoppers. Owners hit by bank branch closures estimate that their annual revenue dropped by an average of 20 per cent. It also found that 26 per cent were looking at moving their businesses to a new area or smaller premises nearby, while 31 per cent were considering operating solely online.