A bankrupt council faced growing anger last night at an emergency meeting called amid fears it may no longer be able to afford services for vulnerable children and adults.

Tory-run Northamptonshire County Council is facing a £70million black hole in its finances.

In March, a scathing Government report criticised years of poor financial management where ‘living within budget constraints is not part of the culture’ and recommended the authority should be scrapped. 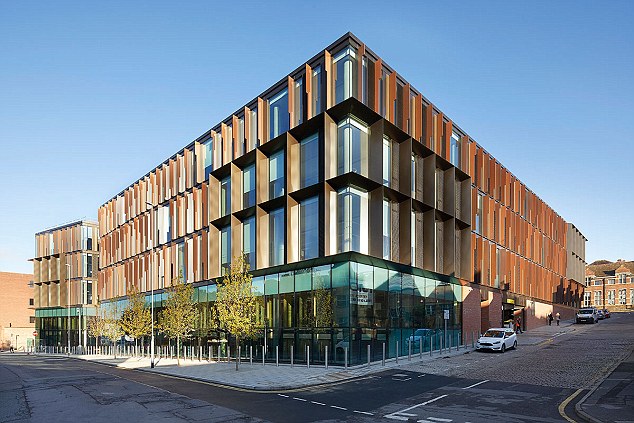 Council leader Matthew Golby, who is facing calls to resign, has proposed it provide only skeleton services – those it is obliged to deliver by law – as it looks to save the £70million from its annual budget of £441million. 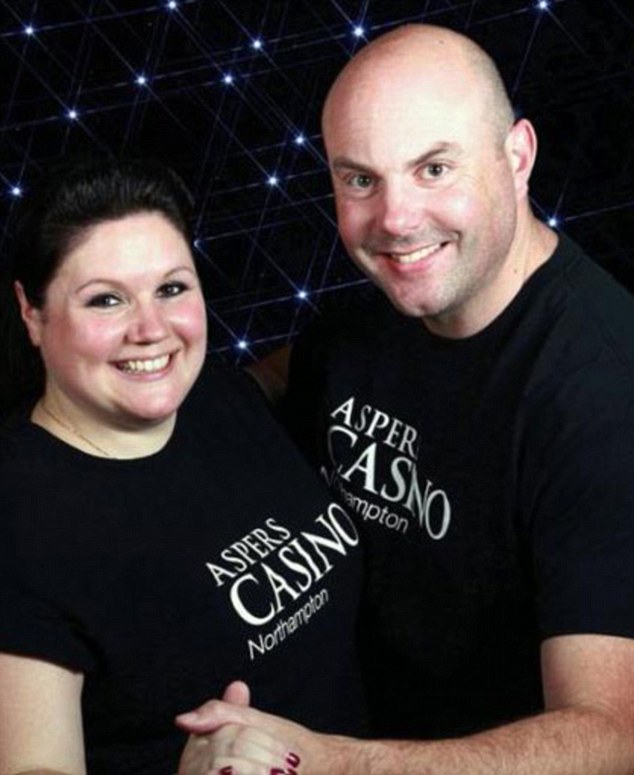 He said the offer was all the council is likely to be able to afford and included ‘sufficient’ maintenance of highways and footpaths and a ‘limited number’ of household waste disposal centres.

However Bill Parker, a former cabinet member for finance, said provision of adequate social services for adults and children was at risk. ‘This is a very, very serious situation,’ he told Radio 4’s Today programme.

The council has already reduced bus services and the gritting of roads in winter. It faces a legal challenge over plans to sell 21 of its 36 libraries.

Last week the council issued its second 114 notice – a statement of insolvency – after warning it could not balance its books. The notice bans any new spending and followed one issued in February relating to the last financial year 2017/18. 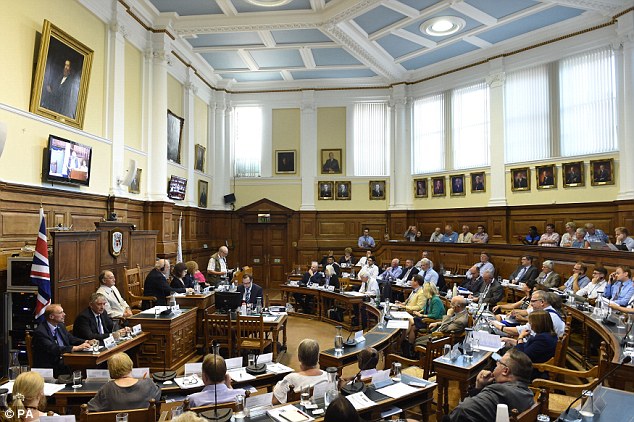 Brian Roberts, one of two Government-appointed commissioners sent in to oversee the council’s spending, said its finances were in a ‘truly perilous state’.

The authority blames Government cuts but the report found serious failings and said the situation was so bad it should be scrapped and replaced with a unitary authority.

Councillors, who have dug into its reserves rather than raise council tax, have been accused of wasting money on vanity projects and frittering cash on foreign trips and courses.

Max Caller, who led the March investigation, said NCC had lost control of its budget in 2013 after a critical Ofsted report forced it to overhaul children’s services.

He said it ‘did not respond well’. Senior management and councillors had ignored warnings. 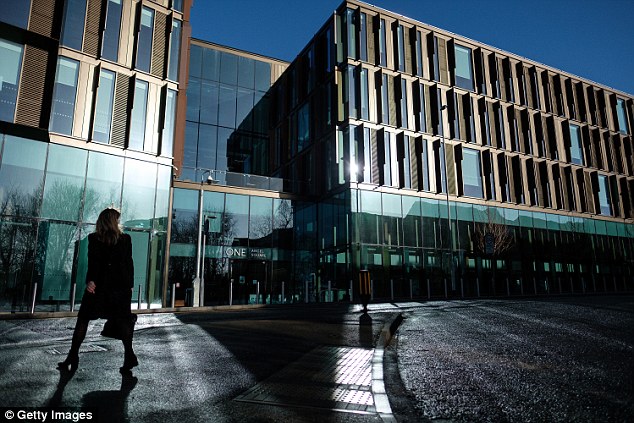 Finance director Mark McLaughlin, who has announced his resignation after only seven months, has been scathing of years ‘of ill-informed and inappropriate’ decision making as the authority tried to balance the books and criticised the use of reserves for day-to-day expenditure.

Last night, campaigners called for a Government bailout, saying cutting services any further would put jobs and lives at risk.

Penny Smith, from Unison, said: ‘The county council is once again letting the most vulnerable people in the county down, and putting their health and well-being at risk.’

Opposition councillors refused to back the proposed cuts, which they called ‘an absolute disaster’ and possibly illegal. No vote was taken and a cabinet meeting will be held on August 14.

In February this year Northamptonshire County Council issued a section 114 notice. This was a technocrat’s way of saying the authority had gone bust.

Since then the crisis in one of England’s most rural and quietly prosperous counties has only deepened.

Cuts in central Government funding of local authorities have been blamed for Northants’ woes and the financial crises afflicting other county councils. But accusations of mismanagement, opacity and recklessness have been made against the heads of the Tory-run administration by members of their own party in the chamber.

In the 1980s Labour’s Militant-dominated local authority in Liverpool attracted scorn for its financial profligacy which saw redundancy notices being hand-delivered to council employees by hired black taxis.

At the other end of the political spectrum a shire county whose seven MPs are all Conservative has gone about self-ruin a different way. The result and consequences to the voters are the same. It is, as one local MP said, a ‘national scandal’.

One Angel Square Northampton is an award winning ‘state of the art’ office building.

Commissioned by Northamptonshire County Council as the authority’s new administrative headquarters, it was supposed to reflect both the county’s cobbling heritage and its cutting-edge future. No expense was spared.

‘The predominantly glazed facades are clad with vertical copper fins, inspired by the traditional leather cutting lines for hand-made shoes, which control solar gain and create a colour and texture, particularly when viewed from acute angles down the streets,’ cooed the publicity blurb.

Designed by the same firm of international architects which recently won the contract for the multi-billion pound restoration of the Palace of Westminster, One Angel Square eventually cost £53million. The then Communities Secretary Sajid Javid officially opened the council HQ in October last year, giving a rousing speech in the four storey atrium. And then?

Within months Mr Javid was ordering an investigation into the council while One Angel Square was put up for sale and sold to a Canadian investment firm. The Canadians are now leasing it back to the council, which is desperately looking for tenants to sublet more of the floor space.

Instead of representing all that is good about Northamptonshire the Angel Square building is the biggest physical manifestation of a series of disastrous financial decisions by the ‘secretive and dysfunctional’ leadership.

The £50 million ‘Next Generation’ fiasco

Northants set course for financial Armageddon in late 2014 when it announced a radical new approach in response to government funding cuts. The council leadership had ‘seen the future’ and would hive off services from County Hall by setting up staff-run mutual companies, social enterprises or private firms. By 2020 the 4,000 council staff would be reduced to only 150.

The then chief executive Paul Blantern said: ‘We are going to have a damn good go at it. I’d rather we go down trying than [do nothing] and go bankrupt.’

In fact Mr Blantern and the other main architects of the ‘next generation’ project managed to do both. The disastrous new approach cost more than £50million to set up, according to Tory backbencher Jonathan Ekins, and has brought the authority to its knees.

‘Is it incompetency, bad management, naivety or could it even be criminality?’ asks Councillor Ekins, who in February proposed the vote of no confidence in the then Conservative council leader Heather Smith which led to her resignation. ‘Were they not skilled enough or downright stupid? It is impossible to understand why they did what they did.’ He added: ‘There was no proof that the next generation project would work. 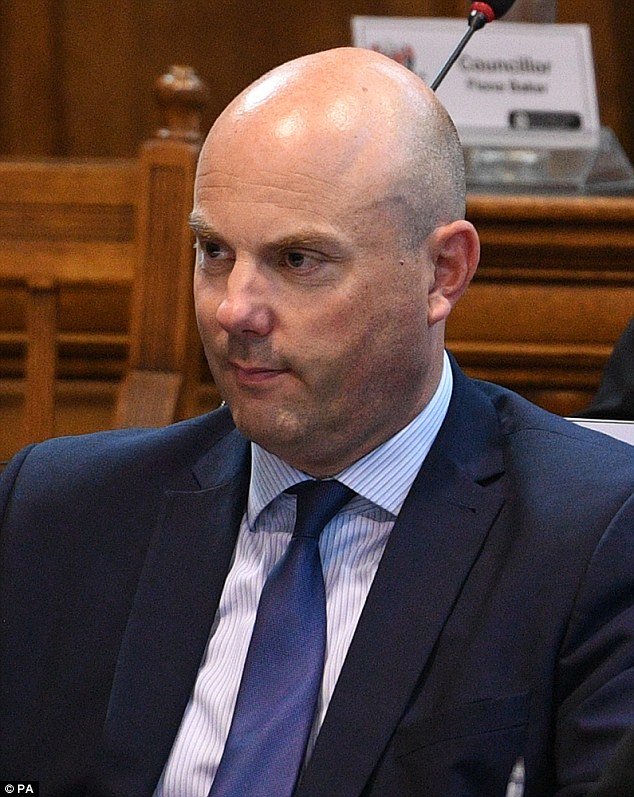 Northamptonshire County Council leader Matthew Golby at the council’s extraordinary meeting in Northampton. There are calls for him to resign

Mr Blantern stepped down as chief executive in October last year. A Freedom of Information Act question revealed that the man who had called for tens of millions of pounds of extra cuts had been given an almost £100,000 golden handshake on top of statutory severance arrangements. The council said this was ‘in order to secure a quick transition in the interests of the council’.

Mr Blantern was replaced by an ‘interim CEO’. Damon Lawrenson was to be paid £1,150 a day. One of his first suggestions to his beleaguered workforce was they should all take a day’s unpaid leave, which would save the council £300,000. Understandably the issue of his predecessor’s pay off was raised.

Worse was to come. Mr Lawrenson stepped down ‘by mutual consent’ in March this year after a report by a government inspector called for the council to be scrapped and replaced. It was then revealed his consultancy had been paid a total of £931,000 by the council for work over five financial years.

Sarah Homer arrived in February to run the shared services organisation which Northants runs with Cambridgeshire County Council. She replaced an official who had received a £152,000 salary and retired with a £66,000 payment for loss of office and payment in lieu of notice. Labour county councillor Danielle Stone said her pay was ‘completely disproportionate’.

Last month it was revealed that the bankrupt authority had this year ploughed £2.2million into a ‘Roman heritage project’ at Chester Farm. This money was on top of the £4.9million the council has already invested on the scheme, which is also funded by the Heritage Lottery Fund. A cabinet meeting was told the payment was ‘being done through gritted teeth’. 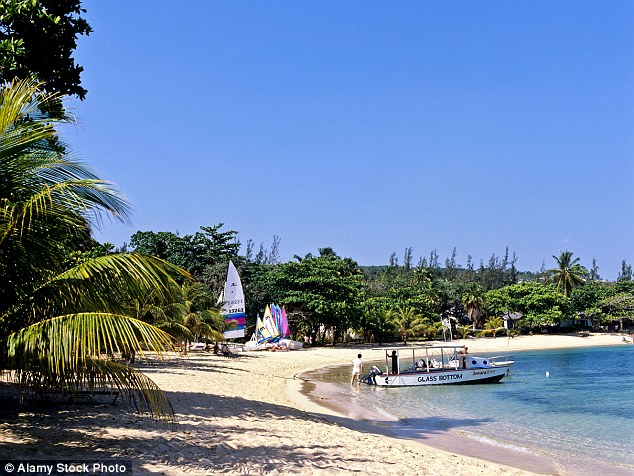 The council spent £9,000 on jaunts to Jamaica – but are now being forced to pay off loans. Pictured: Half Moon Bay

The cash-strapped council has spent £50,000 on flights in the last three years including six return trips to Montego Bay, Jamaica worth £9,000. The Mail understands these were for officials to pay welfare visits to a young individual who was in prison on the Caribbean island but to whom the council still owed a statutory duty of care. ‘It’s ludicrous given our debt but it’s the law and the British consulate has refused to carry out the visits for us,’ says a council insider.

The cash was spent on 51 return European trips and 13 return trips outside Europe between January 2015 and February 2018.

One council worker was awarded £5,500 after she claimed her ‘poorly fitting’ uniform caused a spinal injury. Other payouts between 2006 and 2011 included £200 to a man who had ‘a large splinter in his hand causing injury’ and £12,000 to a woman hit by pots and pans when she opened a cupboard.

They took home a total of £3.32million in the 2016/17 year, a report by the Taxpayer’s Alliance found. Labour’s shadow cabinet member for finance Mick Scrimshaw called the figures ‘ridiculous’.

And a course on how to wear a scarf!

In 2016 it emerged the authority was blowing cash on a course teaching people how to wear a scarf. In the ad on the council’s website, the authority said the event has been designed to teach participants ‘how to wear scarves more effectively for their personal style’.