A disqualified driver who led police on a 115mph chase in his brand new £55,000 BMW while high on cannabis has been jailed.

Andrew Brent forced other motorists to slam on their brakes on the motorway as he tried to escape the unmarked car, before crashing into the back of another vehicle.

The 31-year-old, whose SUV was so new its number plates hadn’t been installed, was driving while disqualified and without insurance. 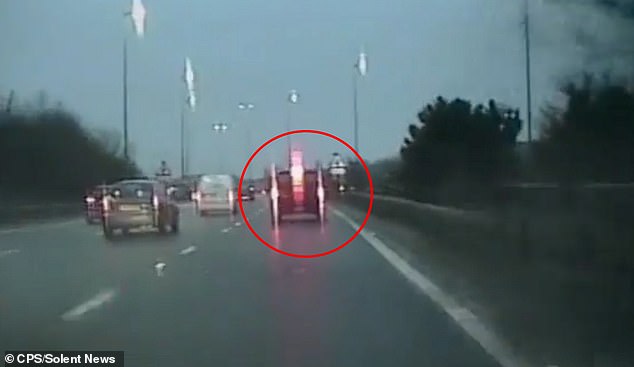 Andrew Brent led police on a four-minute high-speed chase in his brand new £55,000 BMW while high on cannabis

He was later found to have illegal levels of cannabis in his system, Portsmouth Crown Court heard.

Brent was spotted by an unmarked car when he joined the M27 Eastbound at Fareham in Hampshire on January 2. 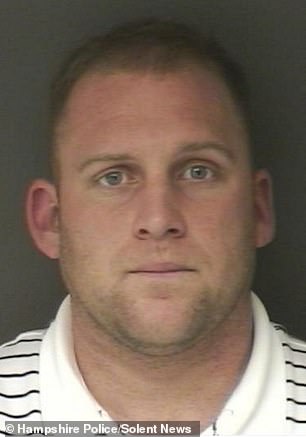 After driving around the BMW to confirm it didn’t have number plates, police signalled for Brent to pull over – but the dashcam footage shows him accelerate away from the officers.

The self-employed contractor reached speeds of 115mph, dodging between lanes and forcing other motorists to slam on their brakes as he forced his way in front of them.

He moved across to leave the motorway and head towards Cosham, Portsmouth, before quickly changing his mind and darting back onto the three-lane carriageway.

Roadworks between the M27 and A27 at Portsmouth forced a temporary 50mph speed limit, which Brent ignored and charged through at 65mph.

After continuing the nine-mile pursuit, the police car lost view of Brent, increasing up to 115mph to try and catch up to him.

The four-minute pursuit came to a halt when police found Brent’s car smashed into the rear of another vehicle on the Bedhampton slip road.

Brent admitted dangerous driving, driving while under the intoxication of drugs, and driving while disqualified and without insurance.

Prosecuting, Nicholas Hall said: ‘On January 2 he tried to evade the police on a busy motorway at 4pm – not long before rush hour. 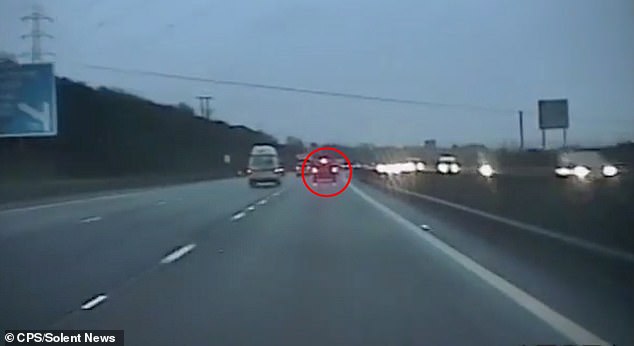 The 31-year-old, whose black BMW was so new its number plates hadn’t been installed, was driving while disqualified and without insurance

‘He can be seen on the dashcam footage driving recklessly and forcing other vehicles to brake abruptly.

‘At the scene of the incident he was found to have 3.2 milligrams of cannabis in his system – when the limit is two.

‘Although the police did not see him lose control of the vehicle, he must have collided with the car with considerable force as it shunted the vehicle into two others in front.

‘The car he collided into was written off and the driver suffered from a broken nose and required surgery to treat it.

‘He bought the BMW and drove it along the motorway while disqualified, having been banned for a year last April for driving with cocaine in his system.’

Robert Harding, mitigating, noted he was a father of three who ‘provided for his family’.

He said: ‘It is very clear he was regretful from the minute this incident happened. 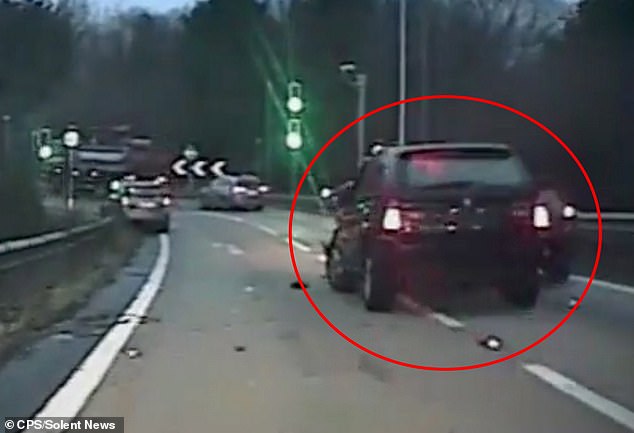 ‘When police officers advised him to pull over he panicked.

‘He has been kept in custody for a month since his last hearing, and has missed his daughters’ first birthday – which is a huge miss.

‘He has told his eldest son he is working away so this whole incident does not effect him – they call each other every day.

‘Despite everything he does not look for sympathy, but instead continues to try to be the best father he can be.’

Judge William Ashworth said it was ‘impossible’ to give Brent another suspended sentence, and sentenced him to 16 months behind bars as well as banning him from driving for 44 months.

He said: ‘You are 31-years-old and were disqualified from driving. 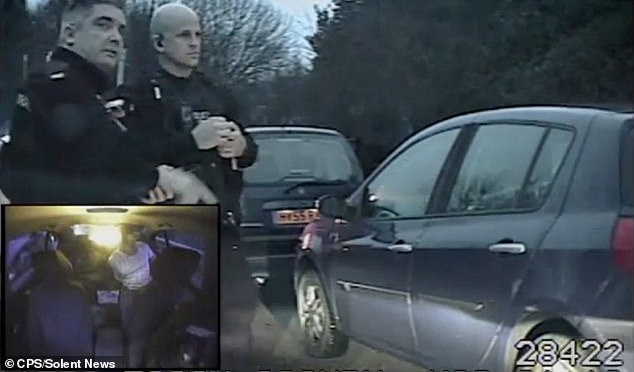 ‘You purchased a new vehicle and drove it on the motorway without insurance and while you were disqualified, which already would have landed you in trouble.

‘When police officers instructed you to pull over you decided to speed away – it may not have been rush hour, but it is still a busy commuters route.

‘The dashcam speedometer in the police car clearly shows that the pursuit exceeds 90, 100 and even 115mph when they lose sight of you.

‘You have been disqualified before for driving with drugs in your system and you have done it again – taking all of the factors into consideration it is impossible to find the reasoning to give you a suspended sentence.’