Bargain Hunt was censured by the BBC complaints watchdog after an antique dealer said false on-air claims that a ring he sold to contestants wasn’t a Victorian original tarnished his name.

The jeweller said the programme had damaged his reputation in the industry when it suggested a ring he sold was made in the 1950s, as opposed to being Victorian as he claimed.

Despite raising his concerns, the BBC did not correct the episode, which showed the ring being disqualified from the final auction, for a number of weeks.

When the corporation did eventually response, it simply acknowledged that expert opinions were divided.

Desperate to protect his reputation, the dealer named Peter, who is in his sixties, approached the Goldsmiths’ Company to support his claims of the ring’s origins presenting them with a picture he had kept of the hallmark on the ring, The Times reports. 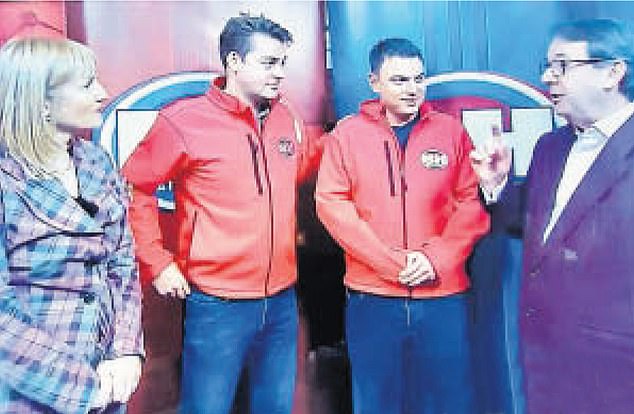 A jeweller has escalated his complaint against Bargain Hunt to the BBC’s highest complaints department after the show claimed he provided the wrong date for a ring featured in the programme. He said it was Victorian but the presenter and an auctioneer said it was from 1951. Pictured: Bargain Hunt host Eric Knowles (right) with co-presenter Caroline Hawley (left) and two red team contestants

The company’s analysis confirmed his dating was correct and the producers were forced to admit their error as well as providing him with a letter to show his future customers he was in fact correct.

After the long battle, his issue was eventually raised to the corporation’s Executive Complaints Unit, which was involved in claims Emily Maitlis breaching impartiality guidelines during a Newsnight episode last year.

The watchdog ruled Bargain Hunt’s efforts to rectify the situation were insufficient and forced the producers to release a public statement about the error.

The BBC’s highest complaints department analysis and recommendation said: ‘The misdating of the ring and the decision to disqualify it not only featured prominently on the show but also affected the outcome of the competition.

‘In the context of a series of this kind, the mistake was a serious one which, in our view, called for public acknowledgement.

Peter, who says antique jewellery is his ‘speciality’, said he was disappointed by the BBC’s response to his complaints and its failure to give him the opportunity to respond to the claims made during the episode.

He told The Times: ‘I know it’s an entertainment programme, but if you’ve got any journalistic standards you can’t just accuse somebody of a criminal offence and laugh it off.’ 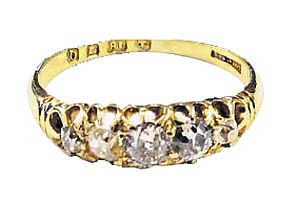 The jeweller, named Peter, suggested the programme had tarnished his name and the BBC and Bargain Hunt were forced to acknowledge the error

The jeweller said he only found out about the issue when some of his friends contacted him about it.

He is determined to continue pursuing his complaint, pushing for an on-screen apology in a future episode and taking his issues to the broadcasting regulator Ofcom.

During a typical episode two teams, red and blue, battle it out to find items they can sell at auction – with the group scooping the biggest winnings taking the top prize.

In this episode, which was filmed before lockdown and is one of more than 1,800 to have been televised since 2000, both teams had to buy a Victorian antique, with red team getting their hands on Peter’s ring which he said was made in 1891.

They haggled with him down from £240 to £160 for it but were unable to take it to auction at the final moment because the auctioneer, Raj Bisram, disputed when it was made.

Bisram, a known face on the show, said it was more likely to be mid-20th Century and presenter Eric Knowles declared: ‘It’s Victorian in style yes but the date mark is definitely for 1951.’

The red team on the show, friends Kurt and Ben, also benefited from Peter’s complaint escalation, receiving money in line with how much the ring would have fetched had it gone to auction.

During a special episode in 2018, it was revealed that Happy Mondays star and contestant Bez had asked his girlfriend to bid on the items he had in the auction and he was subsequently disqualified.