Barron Trump joined his parents for the flights back from Bedminster, New Jersey to Washington DC on Sunday afternoon as his summer break comes to and end, the first time he’s been photographed making the trip with his parents since the end of June.

The youngest Trump child, who turned 12 in March, is now taller than his statuesque mother.

The three Trumps traveled from the golf club in New Jersey to Morristown on Marine One, where they then boarded Air Force One for the short flight to DC. 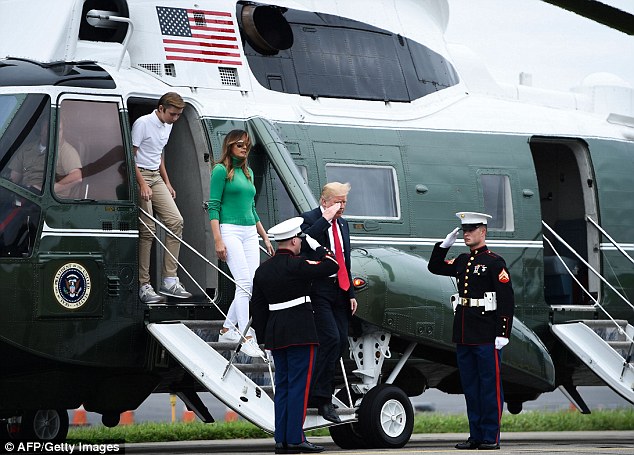 Barron joined his parents for the flights back to DC on Sunday, the first time he’s been photographed since the end of June 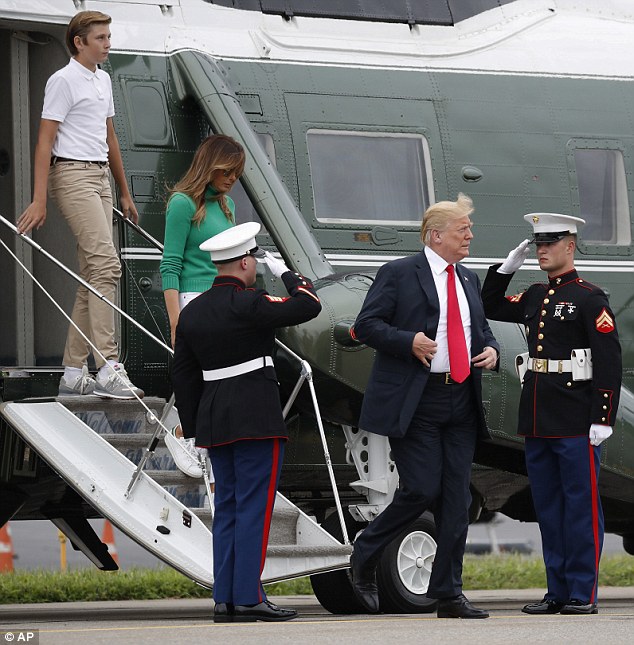 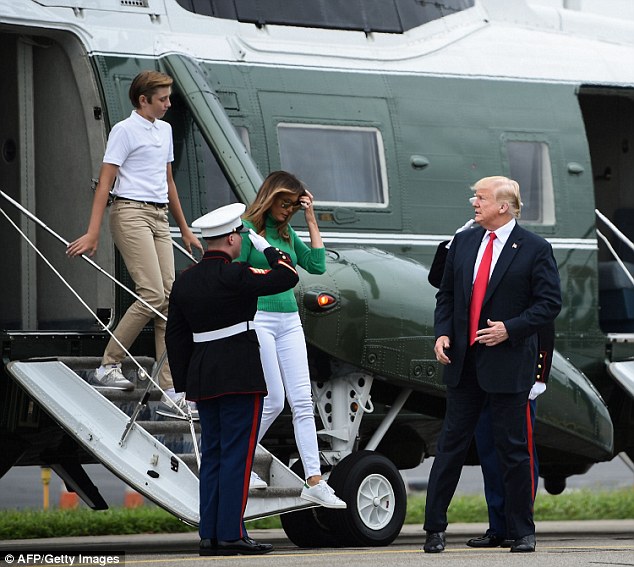 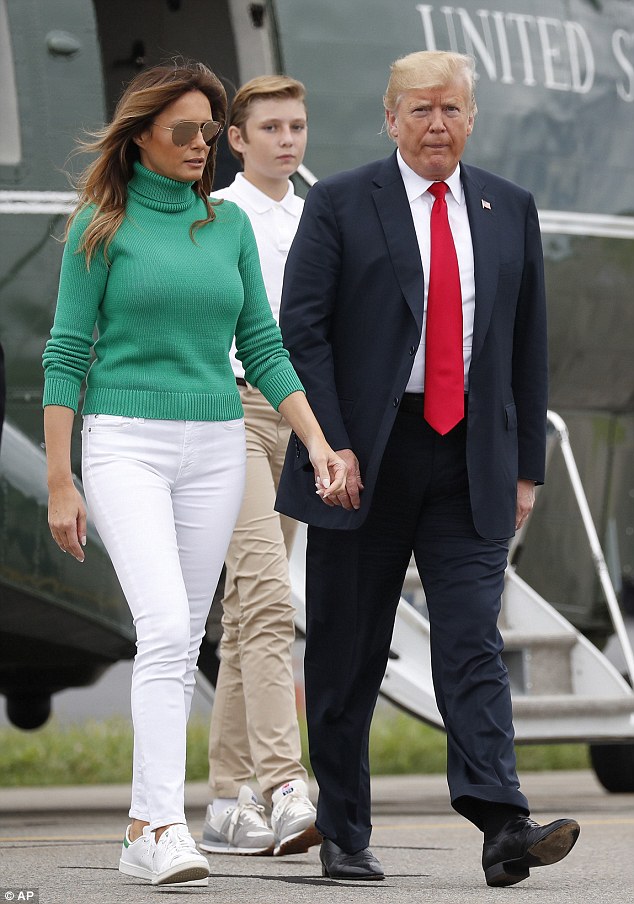 Barron and his mother both wore sneakers for the flight, with Melania’s rare pair of flats putting on full display how tall her young son has gotten

He’s believed to be starting the 7th grade this fall at the private St Andrew’s school in Washington DC.

He wore a white collared shirt tucked into khaki pants and a pair of gray New Balance sneakers.

And casual footwear was the rare dress code for his mother, too. 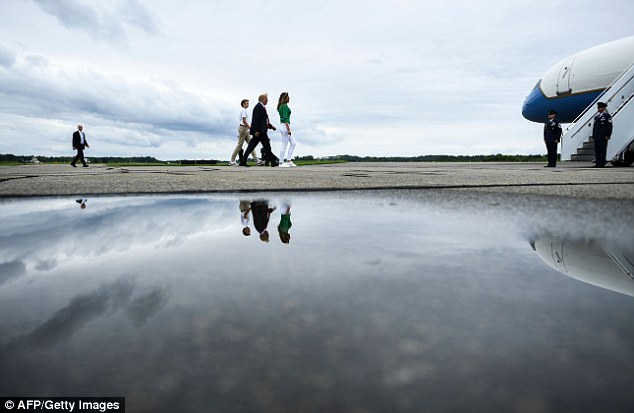 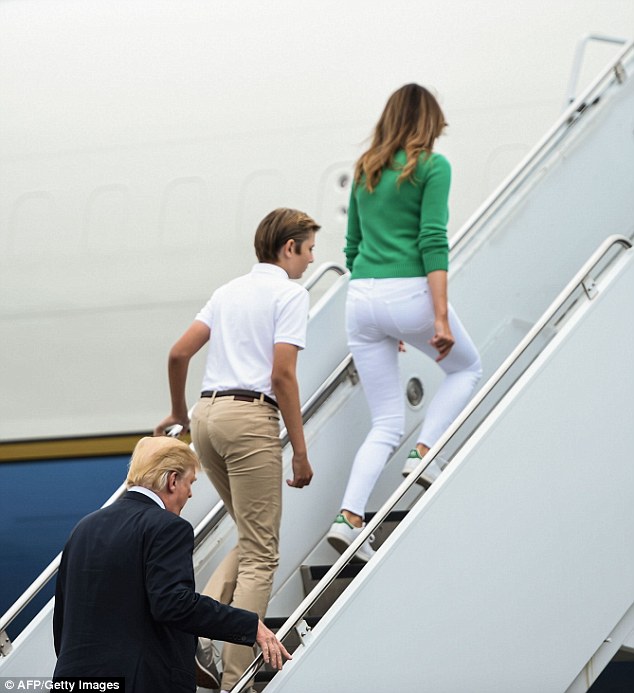 Melania wore her favorite pair of green and white Adidas sneakers, which matched her white jeans and autumnal turtleneck sweater 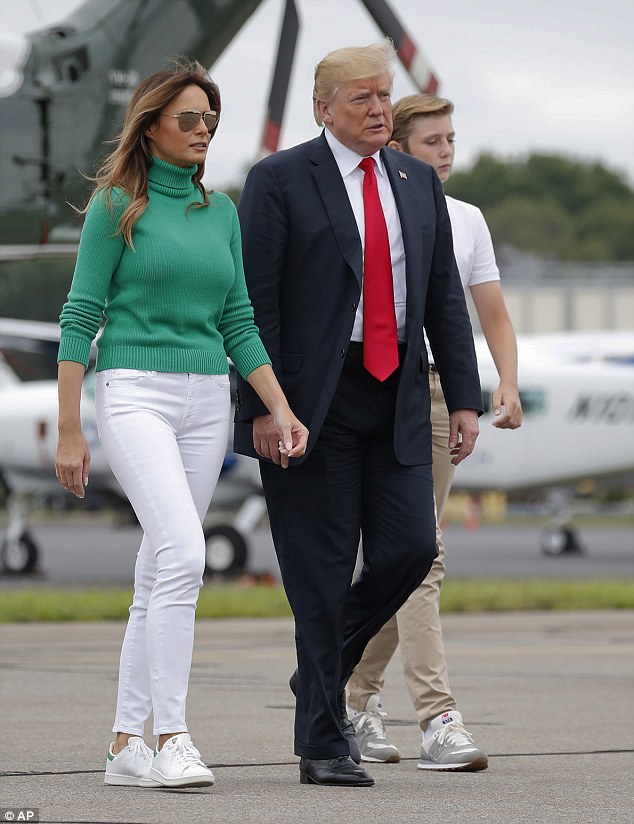 Melania swapped her normally towering heels for her go-to pair of green and white Adidas sneakers, which matched her green sweater and white jeans.

The president wore a suit.

The family wasn’t alone on the plane, as Rand Paul boarded the plane shortly before the Trump family. 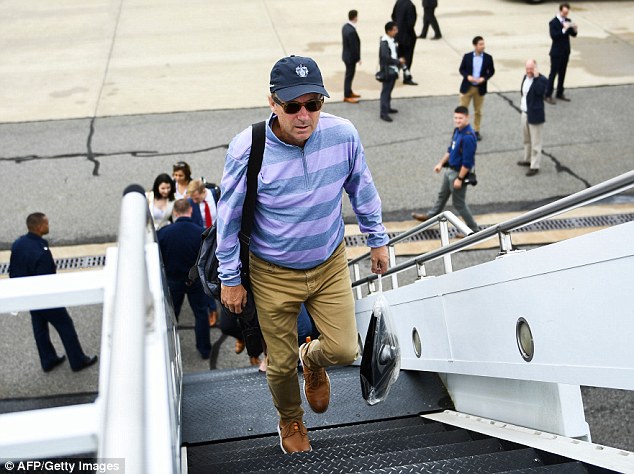 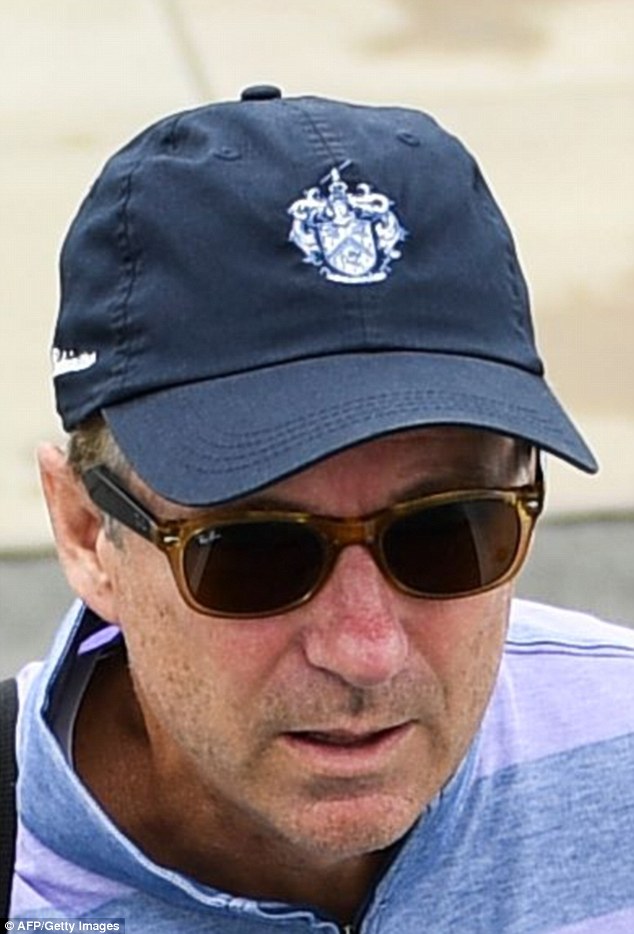