The 27-year-old all-rounder is accused of openly mocking two gay men before knocking out two other men during a "sustained episode of violence". 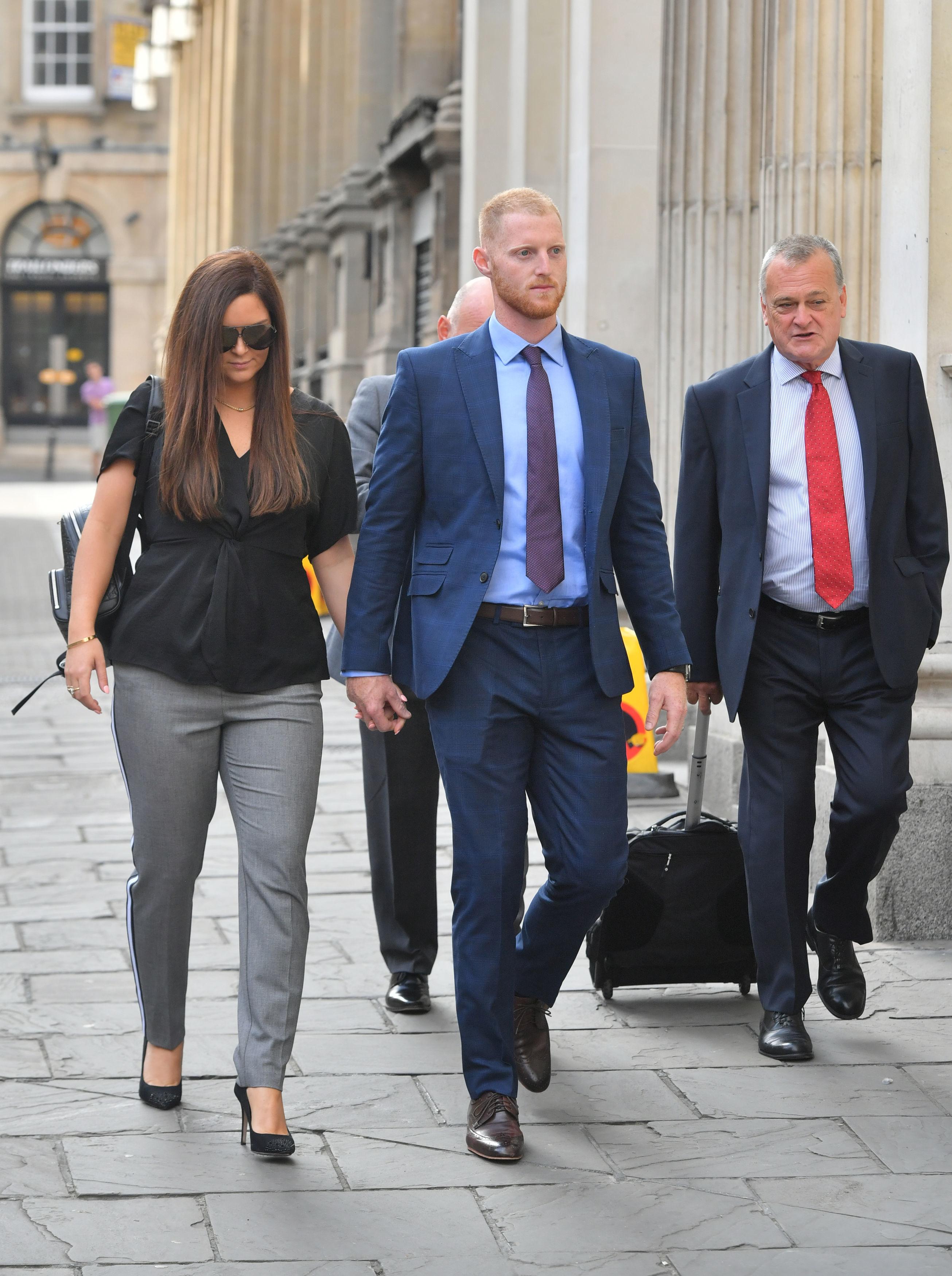 Bristol Crown Court heard 6ft 2ins Stokes mocked Kai Barry and William O'Connor during a night out in the city.

On the second day of his trial, Stokes' barrister, Gordon Cole, suggested Mr Barry and Mr O'Connor could have been "taking the mickey" out of the cricket star's shoes.

He later added that Stokes was talking to the gay men "nicely" and added: "It is not homophobic behaviour, is it?"

The court also heard that Stokes went to shake bouncer Andrew Cunningham's hand but was refused which "seemed to upset" the cricketer.

Jury members were also shown CCTV footage which appeared to show Stokes flick something "believed to be a cigarette" at Mr O'Connor, the court heard. 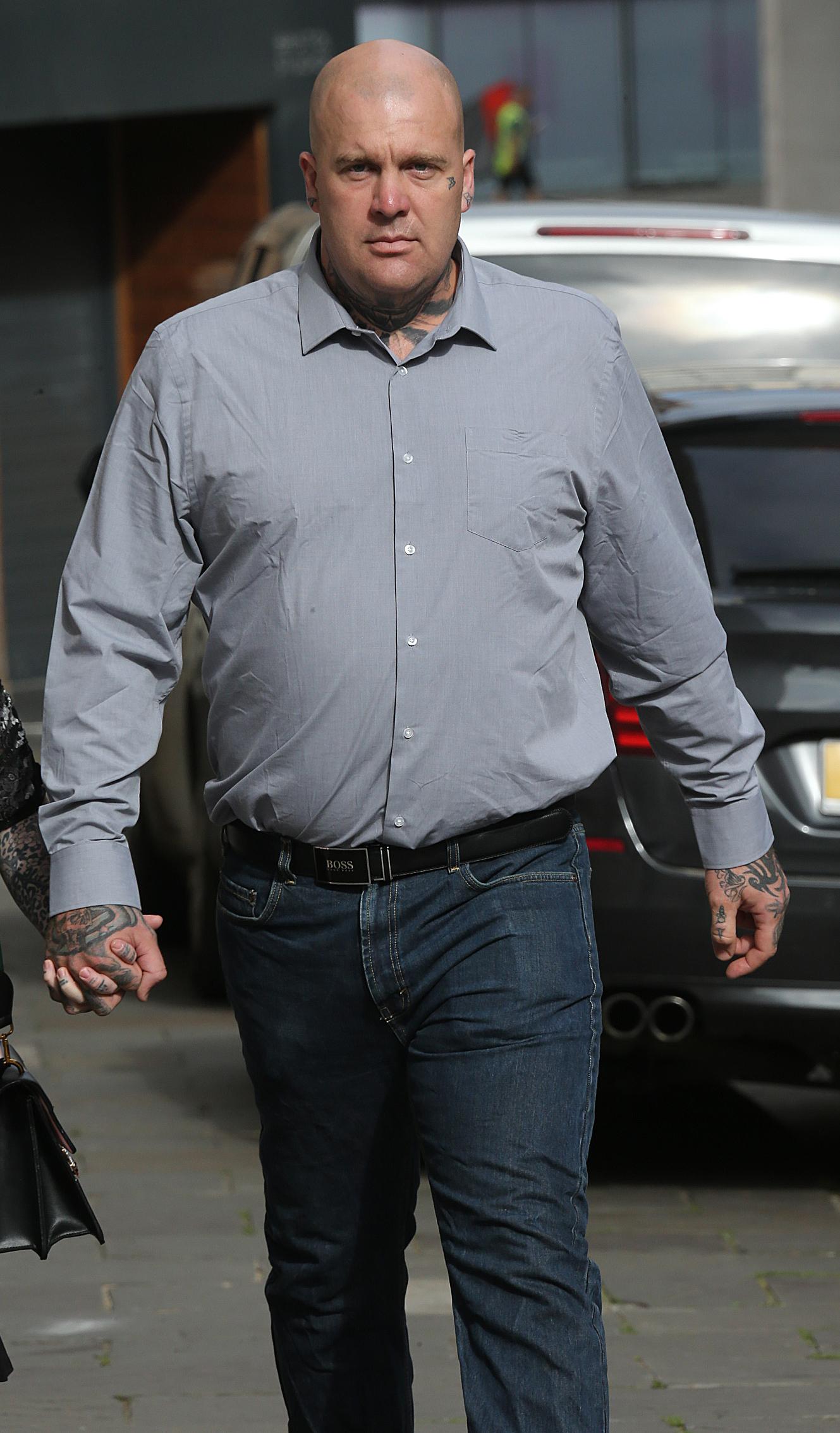 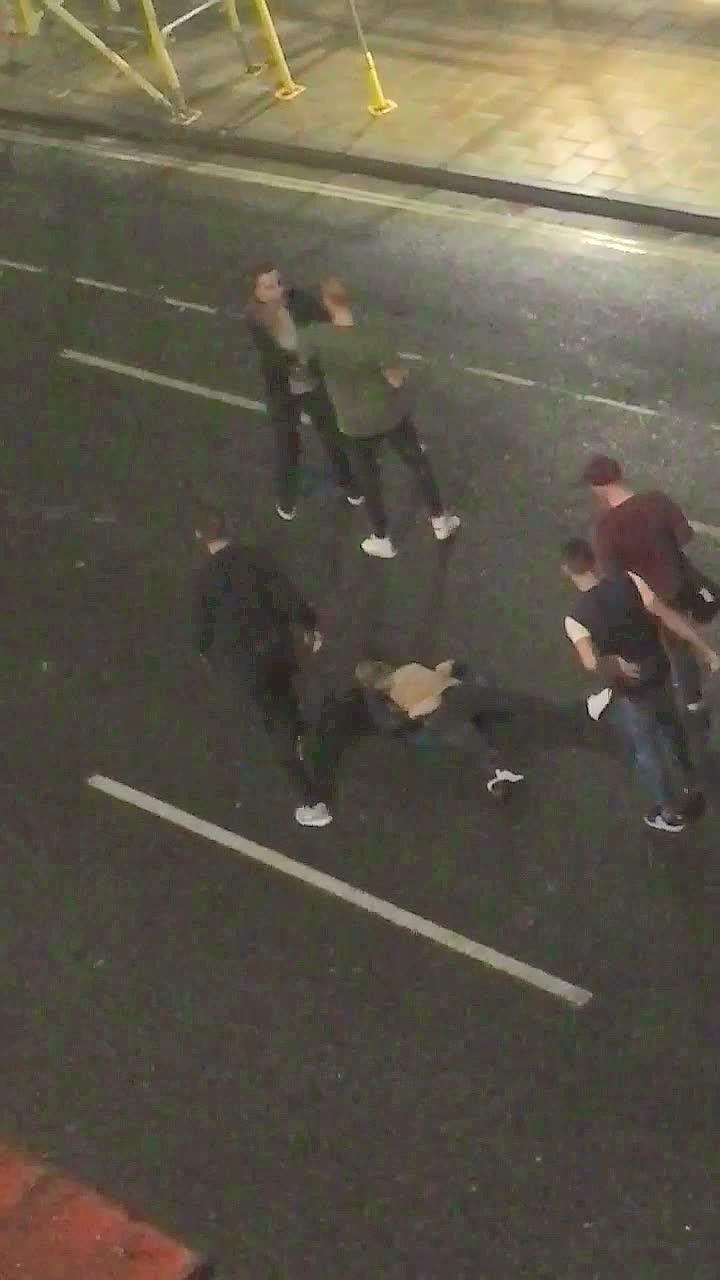 Yesterday, Nicholas Corsellis, prosecuting, told the jury on the opening day of his trial that both Ryan Hale and Ryan Ali needed hospital treatment after 6ft 2in Stokes "lost control” during a street brawl in Bristol.

Stokes was later arrested and told police the fight started when he went to the defence of a gay couple after hearing Hale and Ali make homophobic remarks.

Mr Corsellis yesterday said Stokes taunted the pair, Kai and William, as they stood outside a nightclub.

He said the star made fun of the pair, “mimicking their voices and mannerisms in a derogatory manner” – then flicked a cigarette butt towards William’s head.

The court was told the fracas began when Stokes and fellow England star Alex Hales were denied access to Mbargo nightclub in the city. 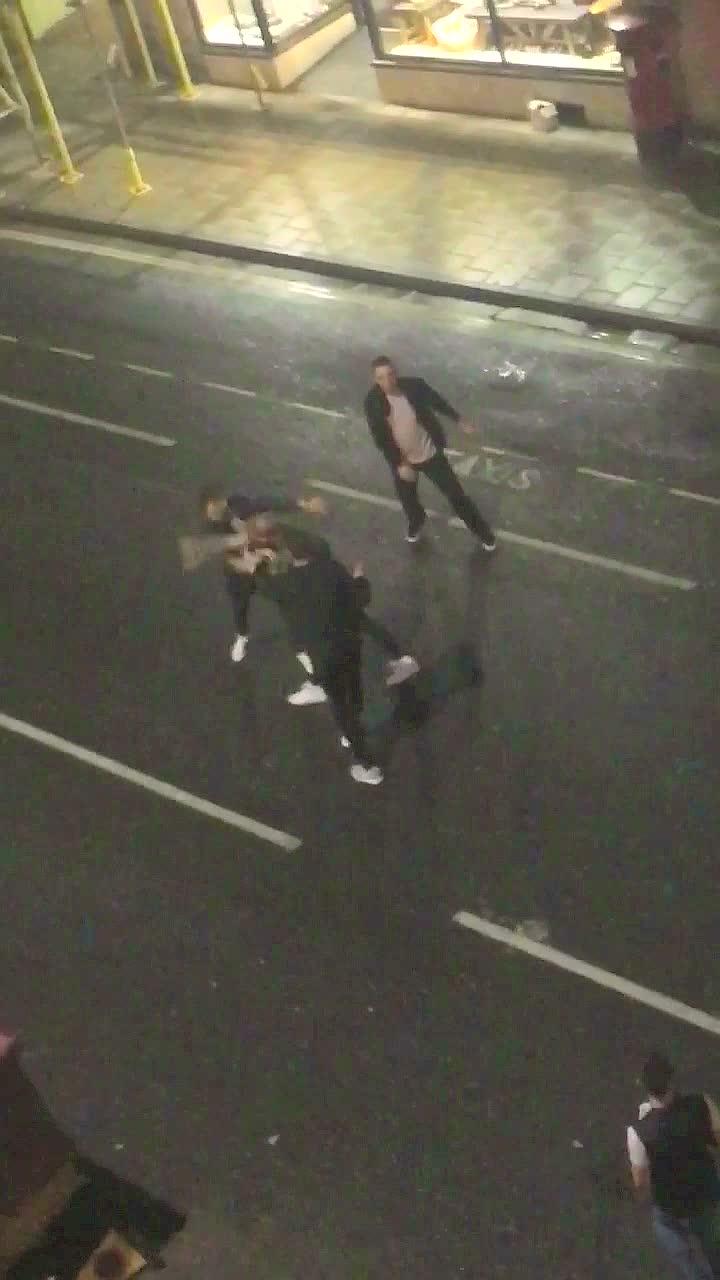 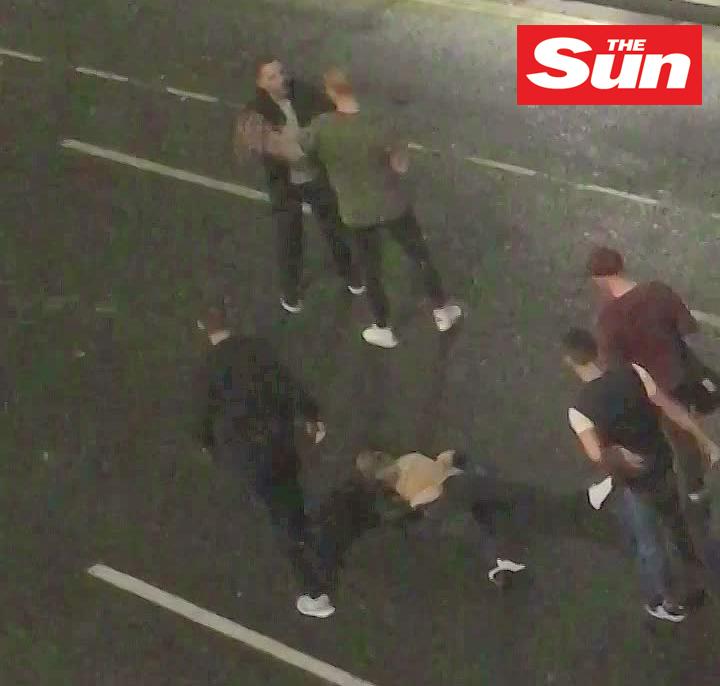 They had been in there earlier celebrating England’s one-day international win over the West Indies last September.

But when they returned just after 2am bouncer Andrew Cunningham said the club was no longer admitting people.

The court was told Stokes tried to give Mr Cunningham £300 to let him in. When the bouncer again refused Stokes allegedly became aggressive.

He told Mr Cunningham his gold front teeth made him “look like a c***” and his tattoos “were s***,” the Bristol crown court jury heard. 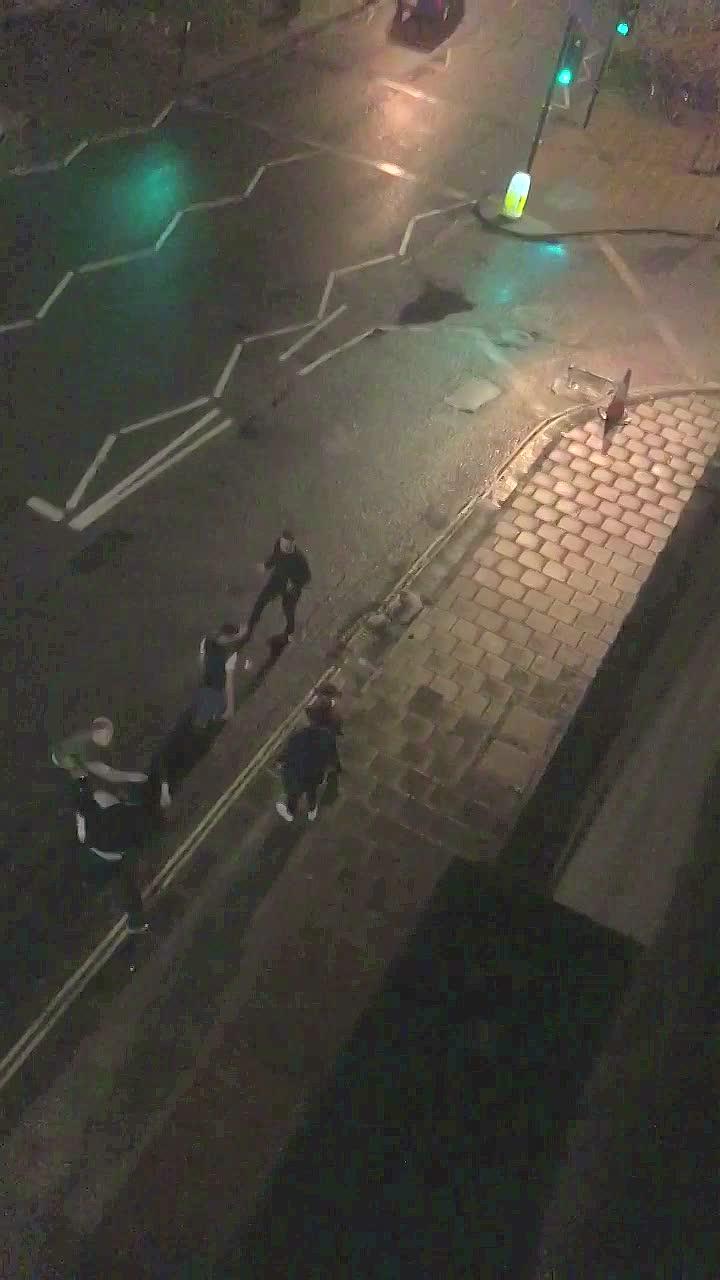 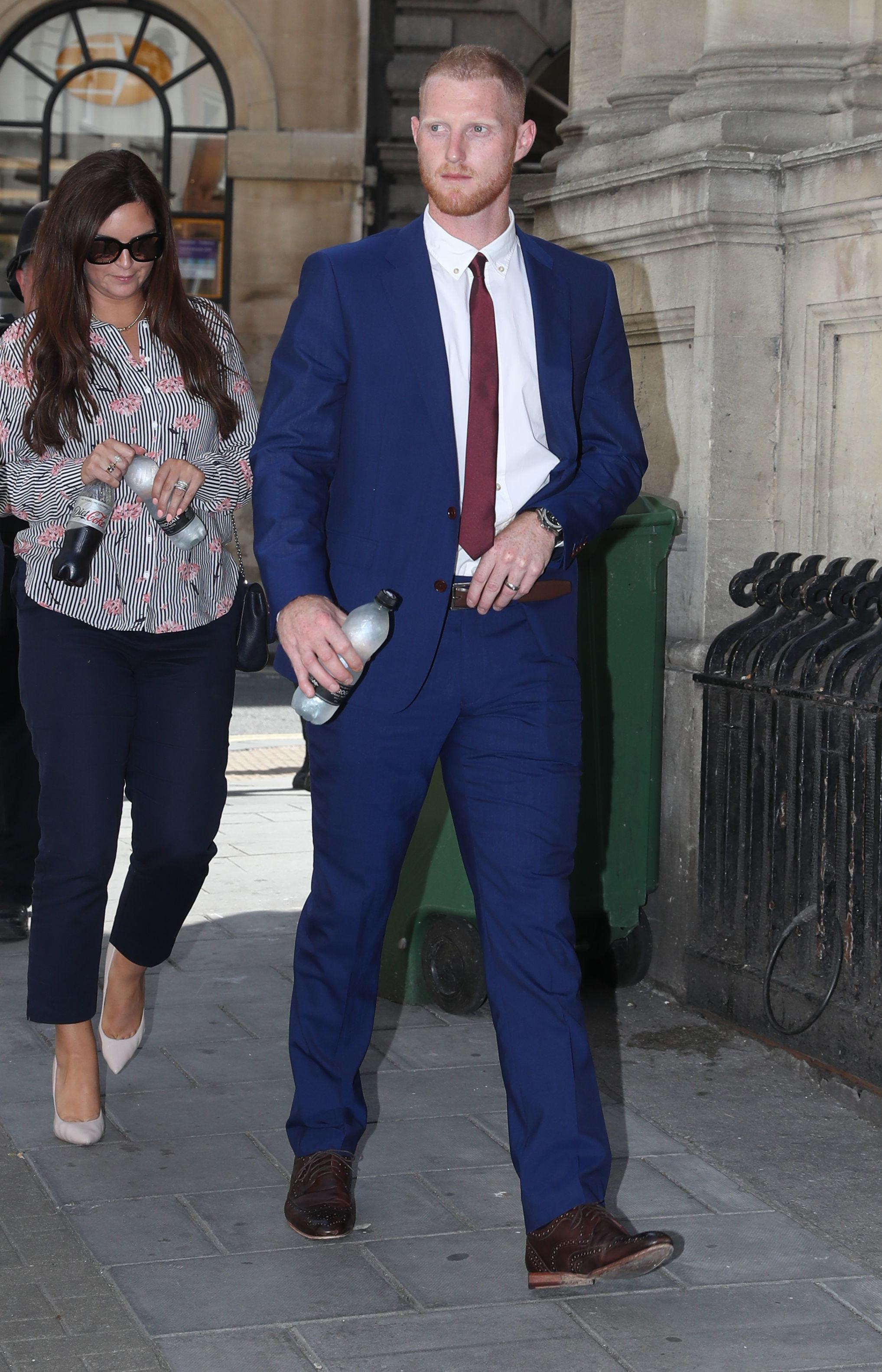 When Mr Barry and Mr O’Connor walked out of the club Stokes turned his mockery on them, it was claimed.

Mr Corsellis said Stokes was “frustrated and annoyed” and acting in a “provocative manner” — and became even more enraged when the bouncer refused to shake hands.

The court heard firefighter Ali, 28, and Afghan veteran Hale, 27, then emerged from Mbargo. 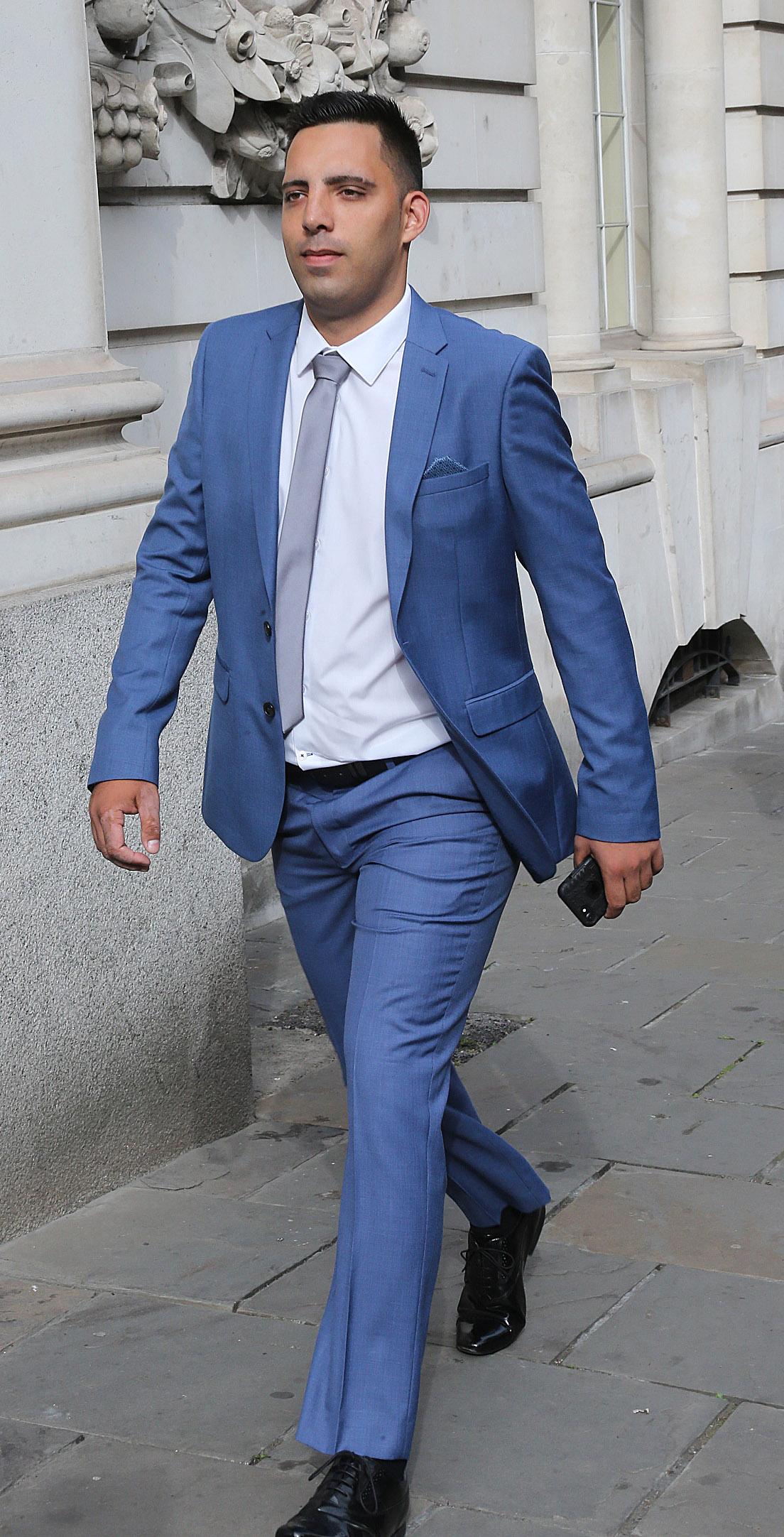 They walked up the road talking to Mr Barry and Mr O’Connor, followed by Stokes and Hales.

The prosecutor said that what exactly happened next “only the defendants know.”

The court heard student Max Wilson was in bed when he heard shouting.

Mr Wilson, who videoed the incident, said the atmosphere was “confrontational” and the men “like football hooligans.”

His footage shows Ali appearing to raise a bottle and strike Mr Barry with it. 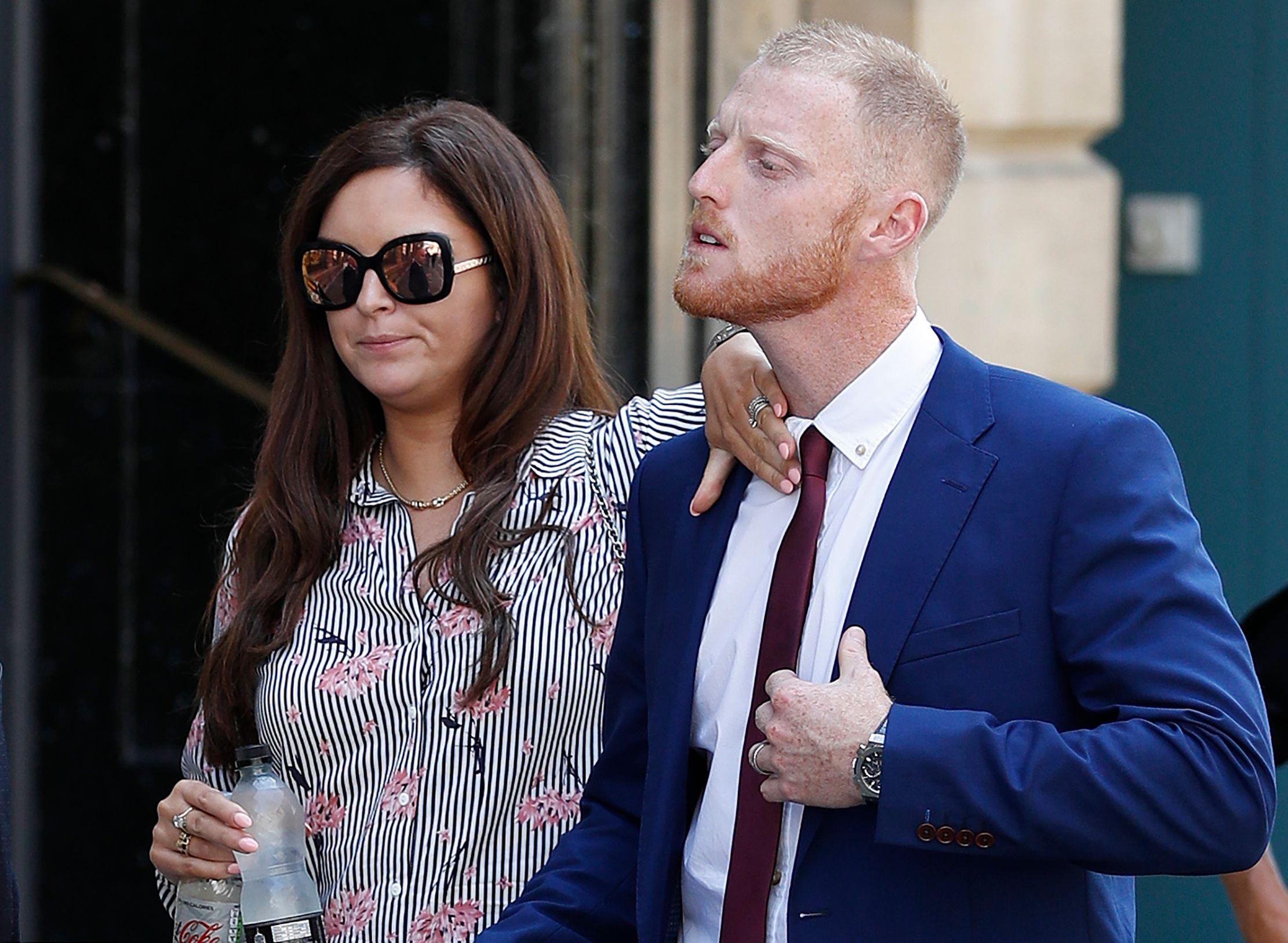 Mr Corsellis said: “Mr Stokes decides to get involved and moves towards Mr Ali, with his right arm out and throws a punch.”

The prosecutor said the incident could have finished there.

But he added: “Mr Stokes lost his control and started to attack with revenge or retaliation in mind.

“He knocked Mr Hale unconscious and then, after enough time to pause for thought, did the same to Mr Ali, who received significant injuries.” 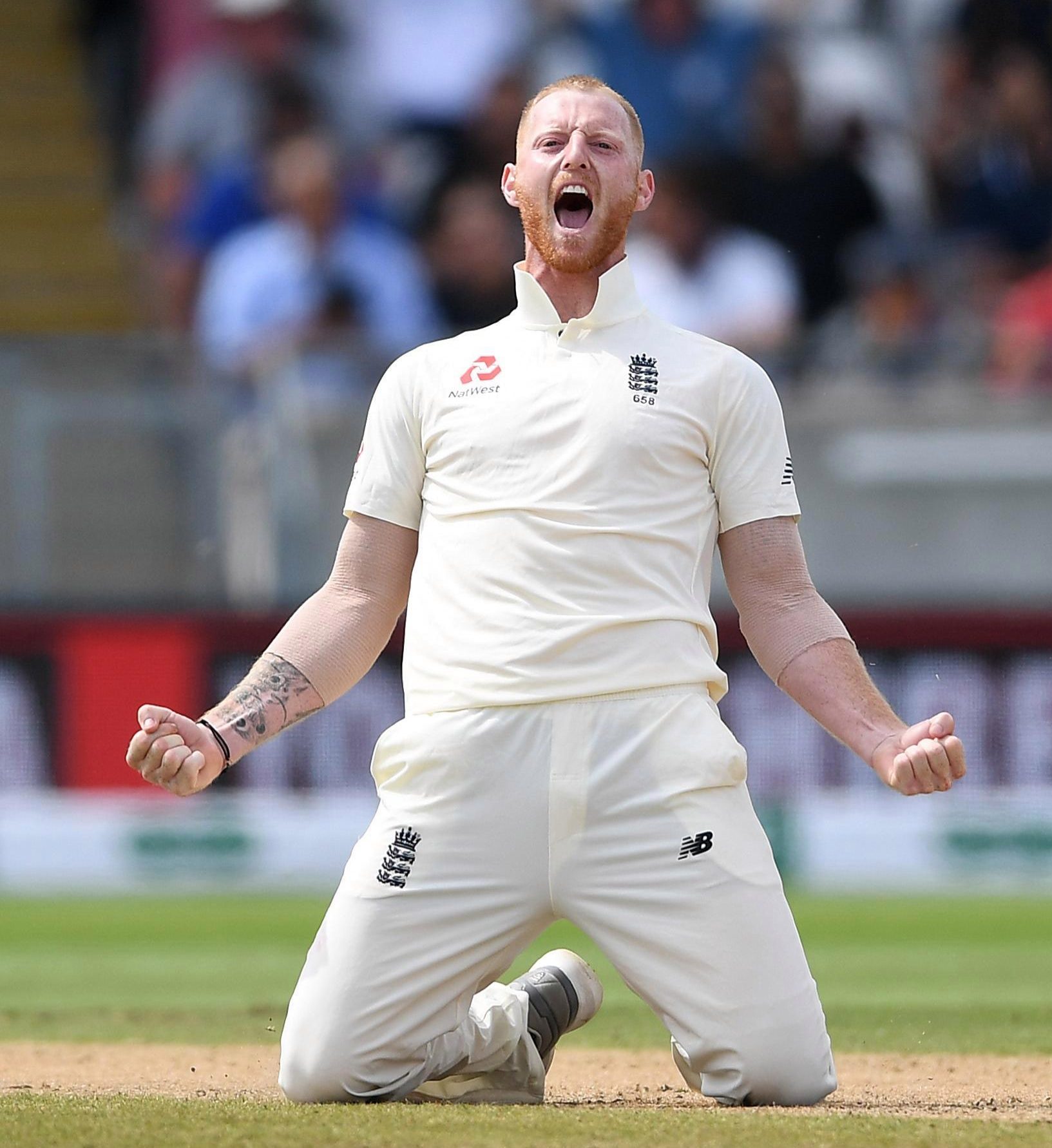 “This was not a trivial moment of unpleasantness.

“It was a sustained episode of significant violence that left onlookers shocked at what was taking place.”

Mr Corsellis told the jury Durham star Stokes was not acting in self-defence.

He said “Everybody except him wants it to stop.” 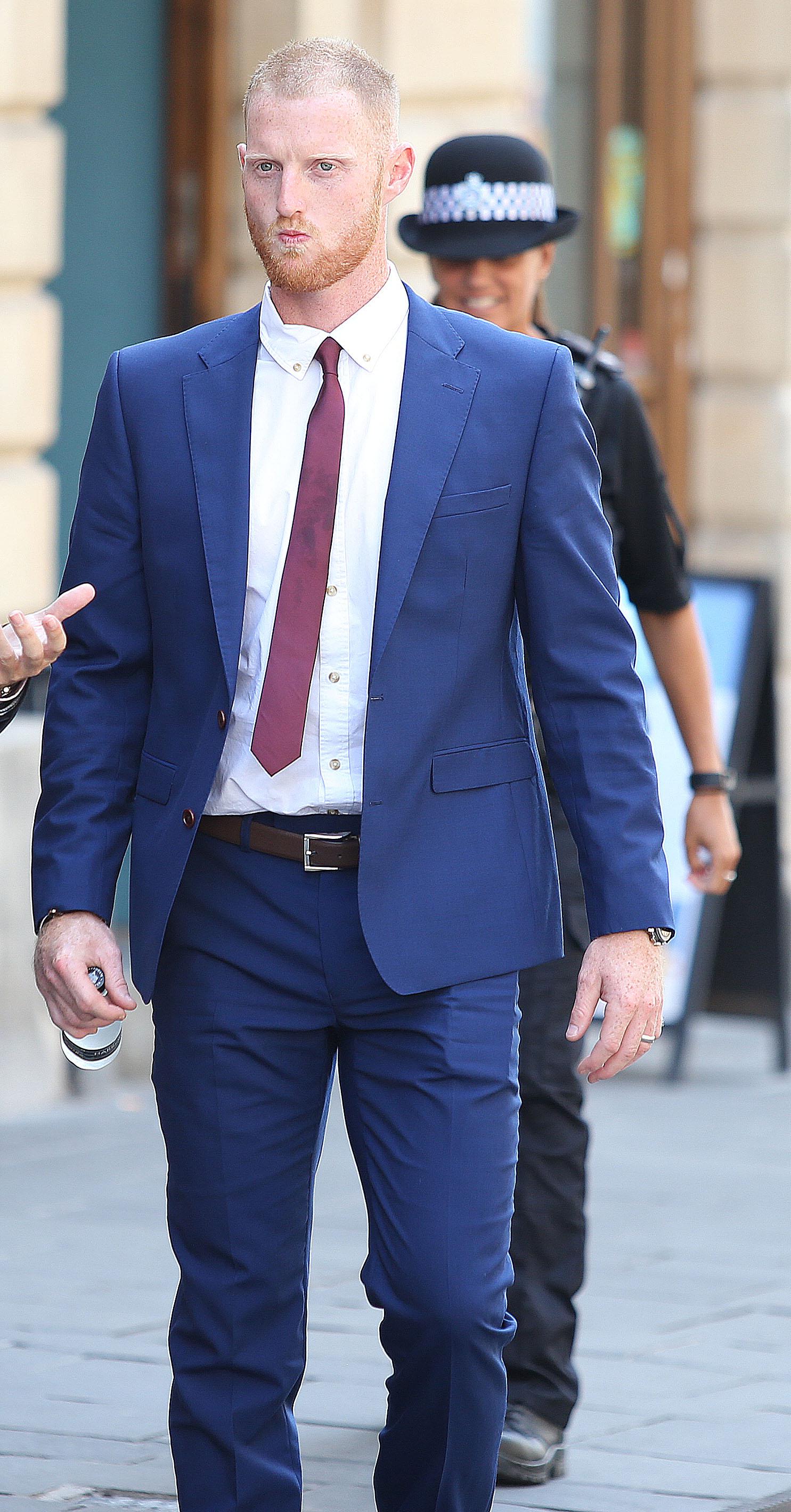 It is claimed the video shows Stokes pursuing Hale, who is holding his hands out in defence, before punching him in the face, knocking him out.

The fight stopped as police arrived.

Ali was taken to the Bristol Royal Infirmary by ambulance.

He had a fracture to the left of his face, a swollen left eye and a cut above his eyebrow.

He also had a cracked lower left molar. 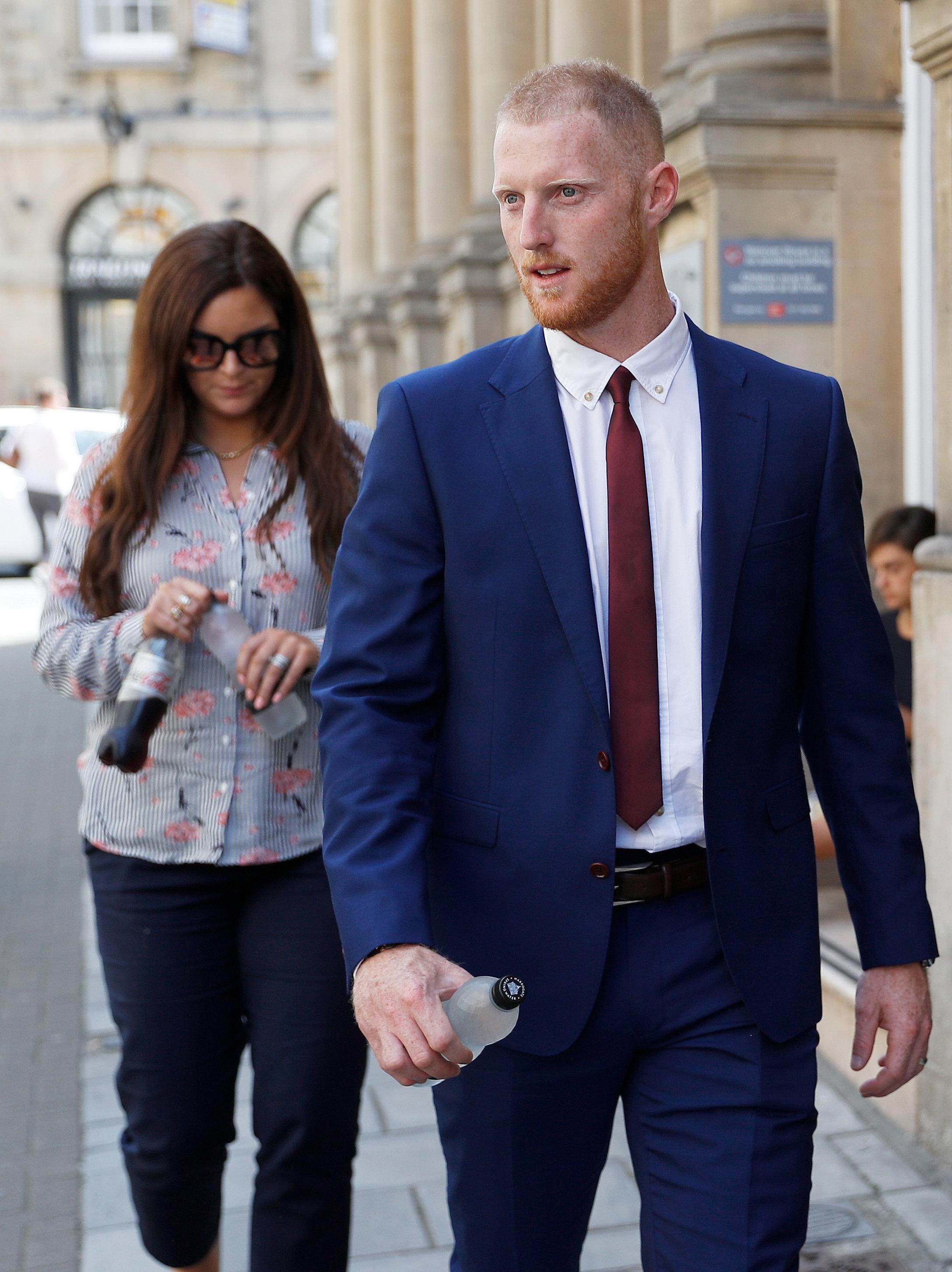 Hale went to the same hospital with a 1½-inch gash on his head.

Mr Corsellis said: “Mr Stokes had no obvious injuries save for swelling on his right hand.”

Stokes was interviewed on two occasions by officers but answered all questions with: “No comment.”

But he gave three prepared statements.

In the first Stokes said he saw two men speaking to two gay men in a “harsh and abusive” way that was homophobic.

Mr Corsellis said Stokes said he “took exception to this and said, ‘You shouldn’t be taking the p*** because they’re gay’.”

The statement said one of the men responded by saying: “Shut up or I'll bottle you,” before approaching clutching a bottle.

Mr Corsellis said Stokes’s statements insisted: “He felt the need to defend himself as he thought he was going to be attacked. 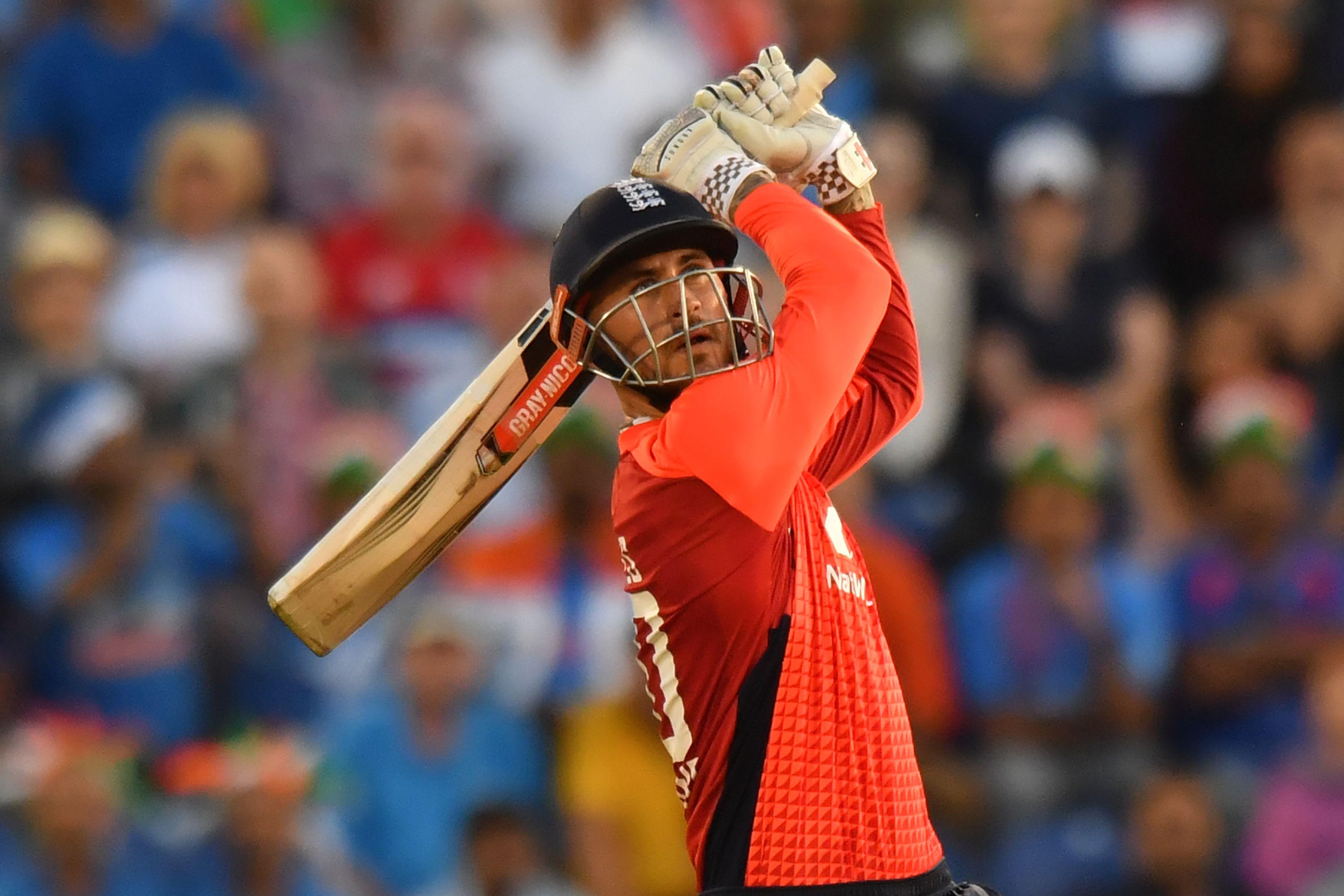 "He maintained that at all times he acted in self-defence of himself or others.

“He said that he believed the force he used was ‘reasonable and entirely justified when the circumstances are viewed objectively’.”

Stokes also denied being “aggressive” towards Mr Cunningham — or behaving in a derogatory manner towards Mr Barry and Mr O’Connor.

He said he shared a joke with the couple but did not flick a cigarette at anyone.

Stokes, Ali and Hale deny affray and the trial continues.

In 48hrs…Test star to a seat in dock 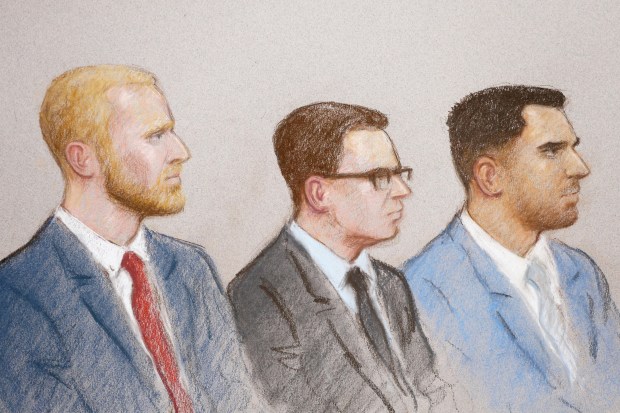 LESS than 48 hours after his Test match heroics for England, the adulation of the crowd must have felt a million miles away for Ben Stokes yesterday.

At Bristol crown court he was again the centre of attention — but not in the way he is used to.

Swapping his cricket whites for a sober blue suit, he sat by the dock officer behind a glass screen in Courtroom No 1. He made no eye contact with his co-defendants.

It was an uncomfortable day for the 27-year-old, who sat with his hands clasped on his lap.

In the main, he stared out, occasionally licking his lips and once giving a small shake of his head.

His gaze was generally straight in front or towards the video screen showing The Sun’s video of the alleged street incident, plus CCTV footage.

But he did take the odd glance towards the jury as the prosecution gave a running commentary on the clips that led to his arrest last year.

This was always going to be a difficult day, with no opportunity yet for the defence to rebut or ­question the evidence.

Stokes’ own innings is not expected until later this week.

Irrespective of the final outcome, yesterday is not a day he will ever replay with pleasure.