A council has been left red-faced after a contracted removal company was caught dumping rubbish bags in the bins at an MP’s constituency office.

The club is home to the office of Tory MP Tobias Ellwood and the manager is furious that the bins, which cost £1,200 a year, are being wrongfully used. 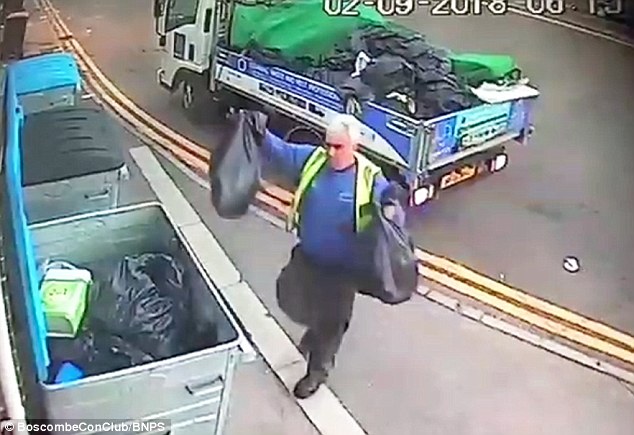 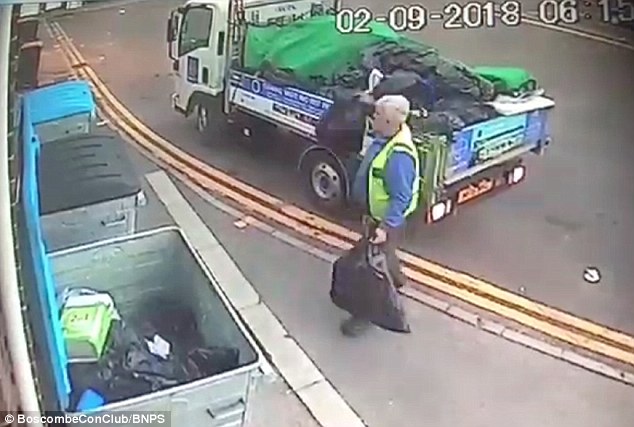 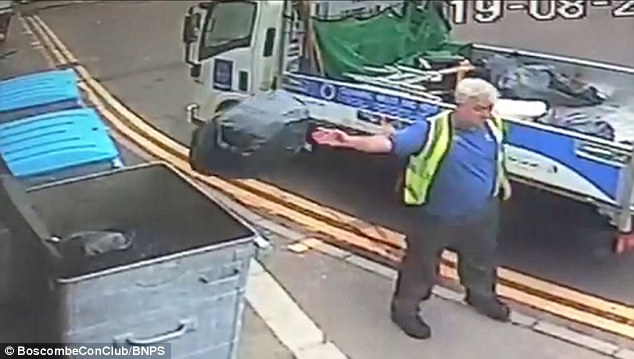 The club manager is furious that the bins, which cost £1,200 a year, are being wrongfully used

CCTV footage shows workers from the contractor for Bournemouth, Poole and Dorset councils dumping bin bags on three Sundays in a row, up to September 2.

The shocking video shows two men pulling up on double yellow lines, before getting out of their truck and tossing around ten bags into the large bin.

Club boss Tony Carpenter said his staff had been puzzled why their bins kept filling up, labelled the incident ‘shocking’ and now wants their waste bill to be subsidised.

He said: ‘Our cleaner mentioned it about three or four weeks ago and I said I would take a look, but we have been quite busy and I never got round to it. 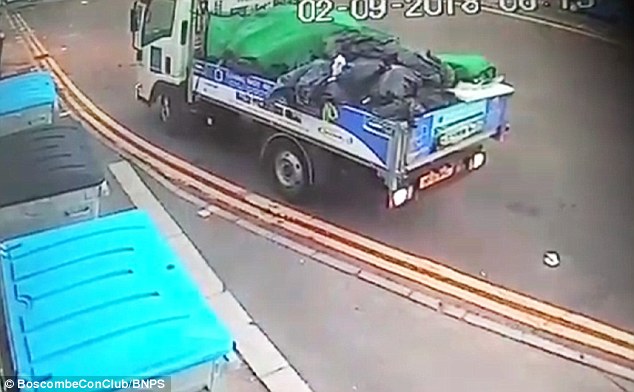 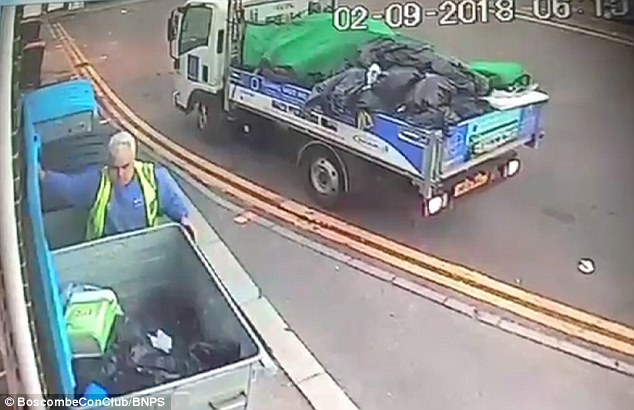 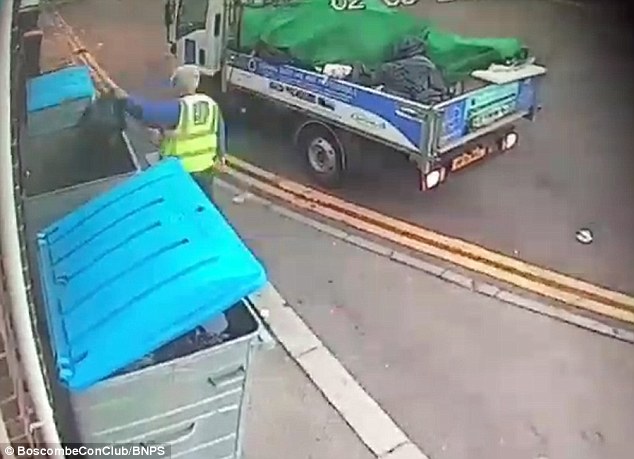 ‘Then on Sunday morning my wife went to empty the bottle bank and saw the recycling bin filled up with bin bags. It was empty the night before. 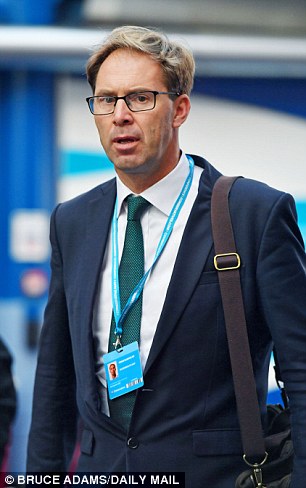 ‘I had a look at the CCTV and there he was, so I went back and checked a few other Sundays. I couldn’t believe it. It is shocking and a bit despicable really.

This company is paid by council taxpayers to take the rubbish away to the proper tip not bloody dump it in our bins. I think they should contribute towards our waste bill.

‘I haven’t had time to check the CCTV on other days of the week, so who knows how long this has been going on? I can’t find out as our CCTV only goes back a month.’

Stuart Best, Bournemouth council’s street service manager, said: ‘We have been made aware of the CCTV footage and are fully investigating this serious matter.’

Watson Contract Cleaning Services similarly said it was carrying out an investigation having received a complaint, but could not provide any further comment.

Mr Carpenter said he had received an email from the council saying it was taking the matter ‘very seriously’, and an email from Watson apologising for any issues caused. 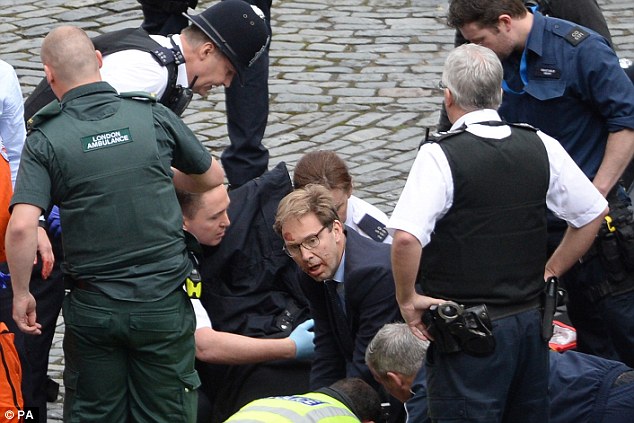 Mr Ellwood was famously pictured trying in vain to save the life of PC Keith Palmer following the terror attack on Westminster in March 2017.

He was in Parliament when terrorist Khalid Masood launched his attack, mowing down and killing four pedestrians before stabbing unarmed PC Palmer.

Today, Mr Ellwood, a former Army officer whose brother Jonathan was killed in the 2002 Bali terror atrocity, declined to comment about the bins.