The ex-Radio One star, 60, posed with a toy-gun champagne bottle holder this week — hours after a gang member stabbed dad Siddique Kamara to death in London. 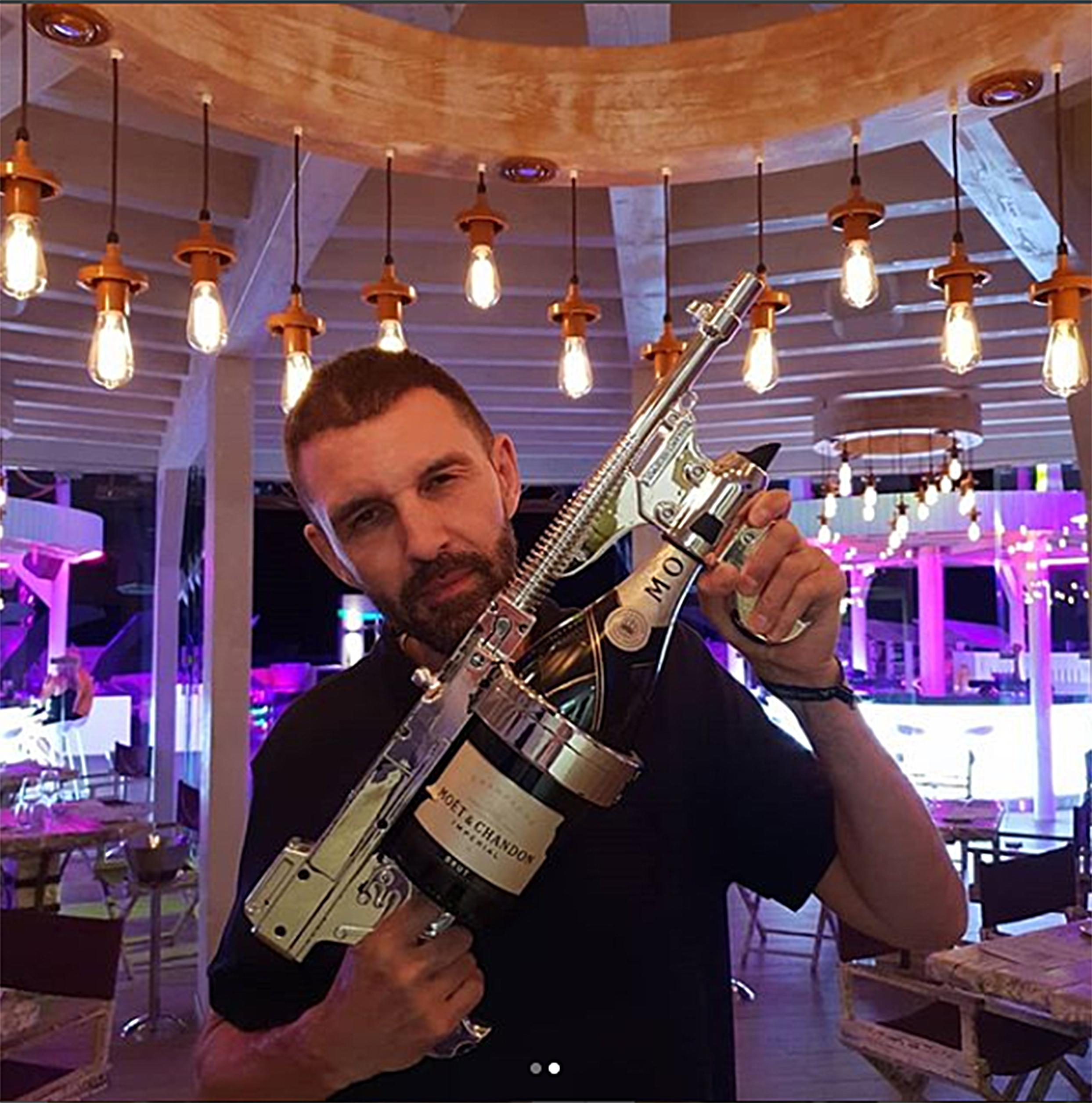 Many of the violent videos which stoked the feud are promoted on Westwood’s YouTube channel.

Kamara, 23, appeared with the DJ in a clip last year.

Single Westwood, worth an estimated £9million, generates cash from pop-up ads on his channel, which has 724,000 subscribers.

He posted his “gun” pic while sunning himself on an all-inclusive holiday in Cape Verde. 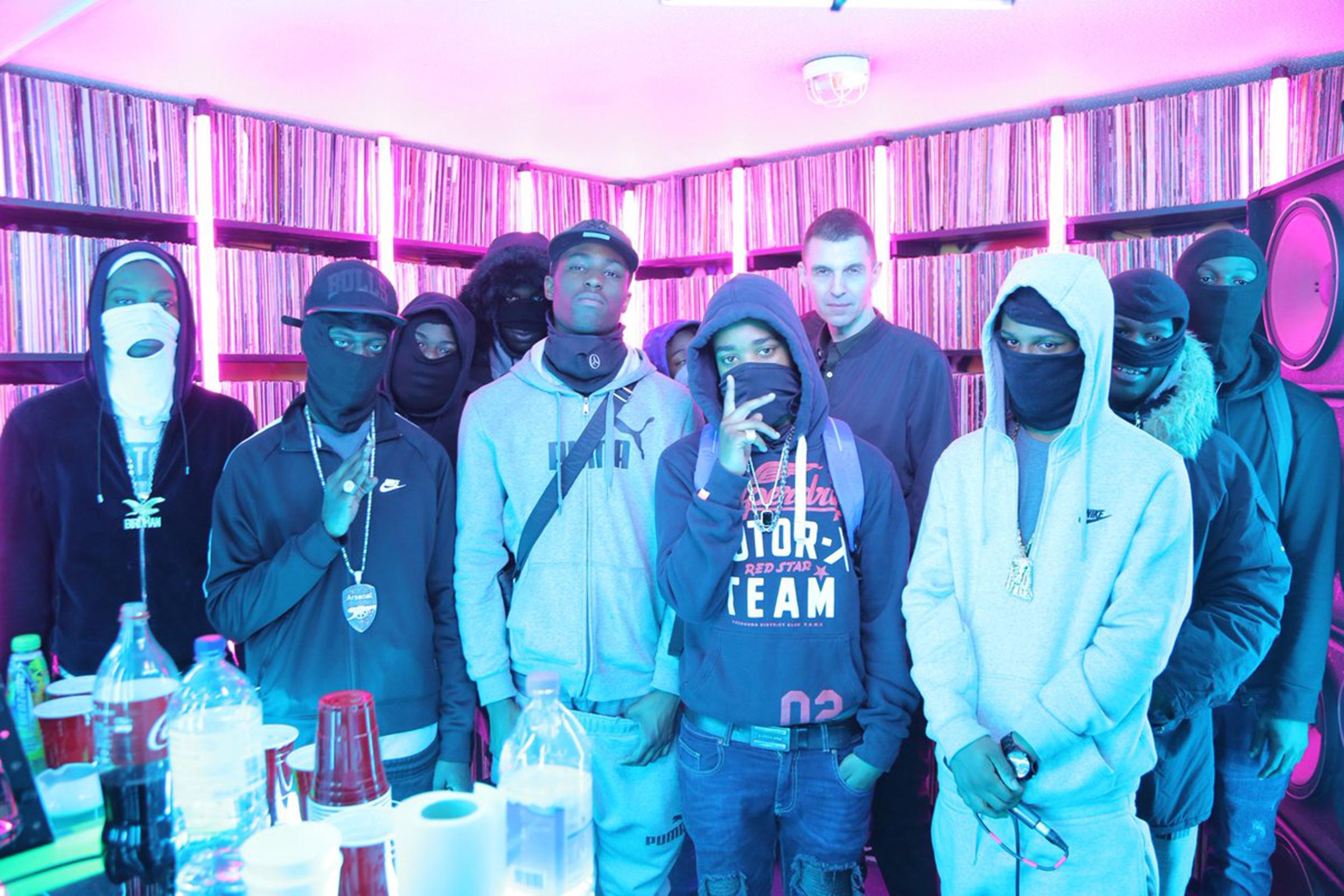 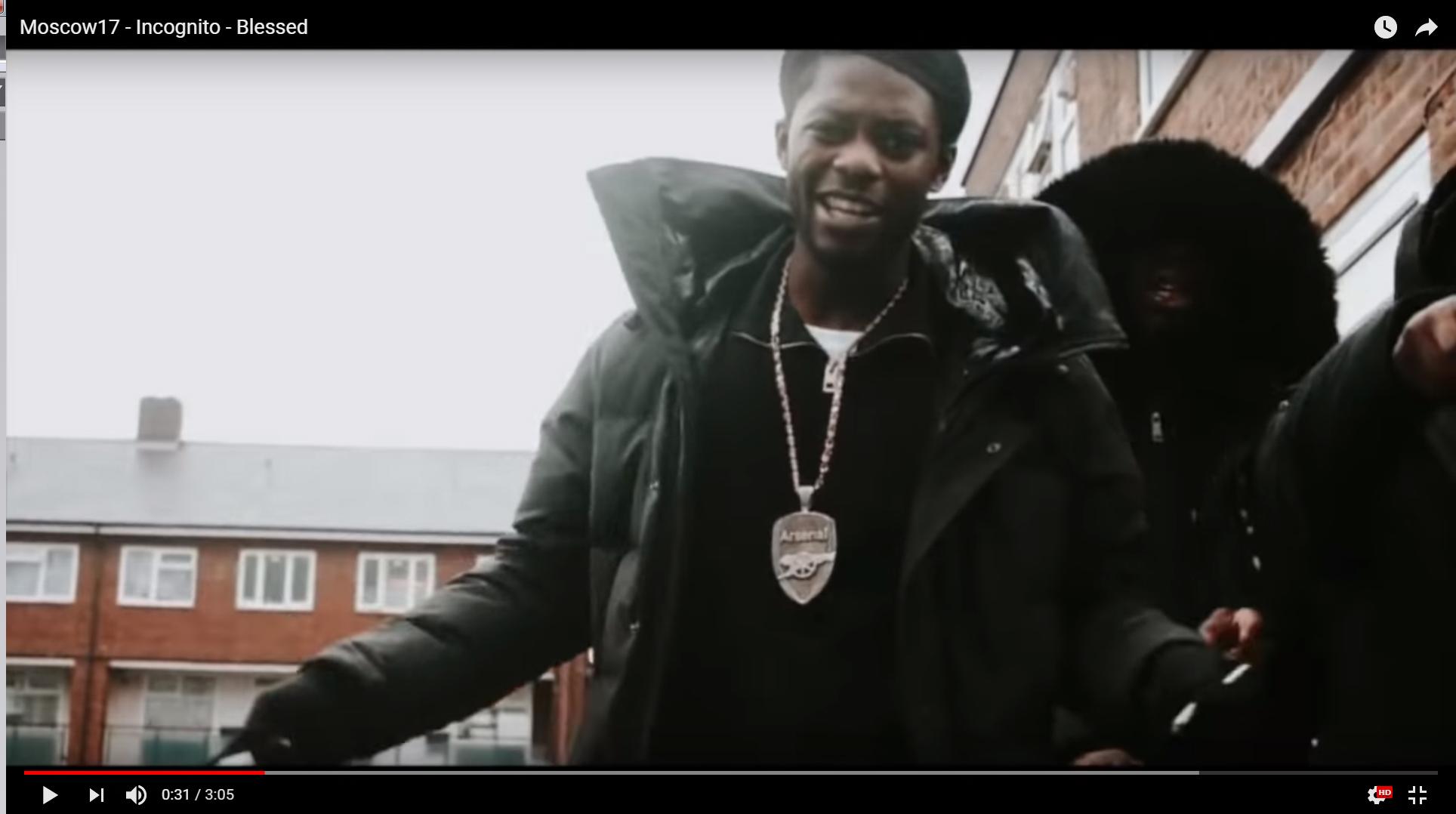 Despite growing up in Lowestoft, Suffolk, with dad Bill — the Bishop of Peterborough — Westwood has gained notoriety for his peculiar slang and use of pseudo-Jamaican Patois.

It made him a perfect inspiration for comedian Sacha Baron Cohen’s spoof character Ali G.

Cohen admitted: “Once I found out he was actually the son of a bishop, it became even more absurd. He was so keen to be presented as a gangsta.”

Westwood hit back: “I’d rather be Ali G than Bruno”, a reference to Baron Cohen’s flamboyant gay character. 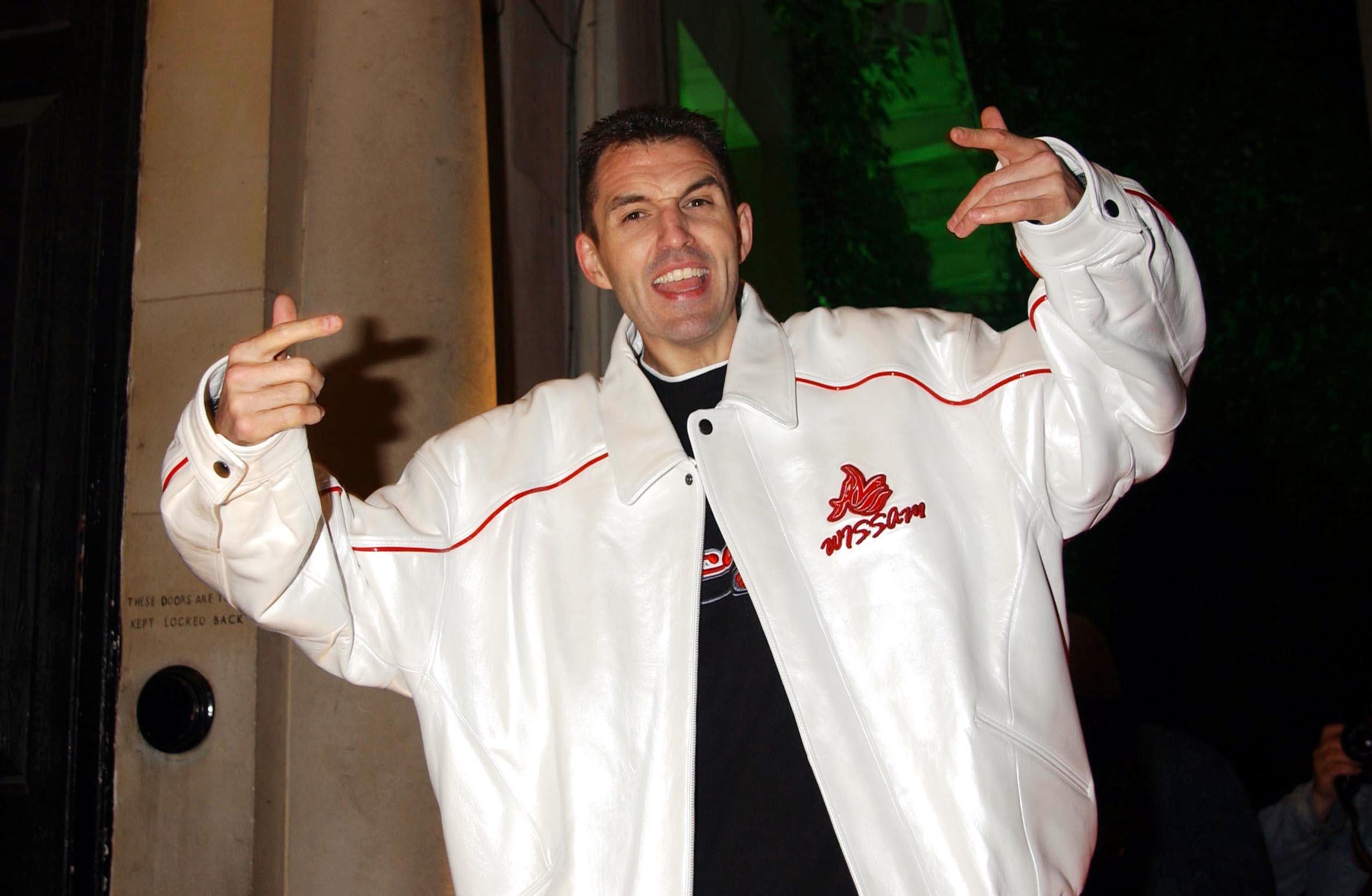 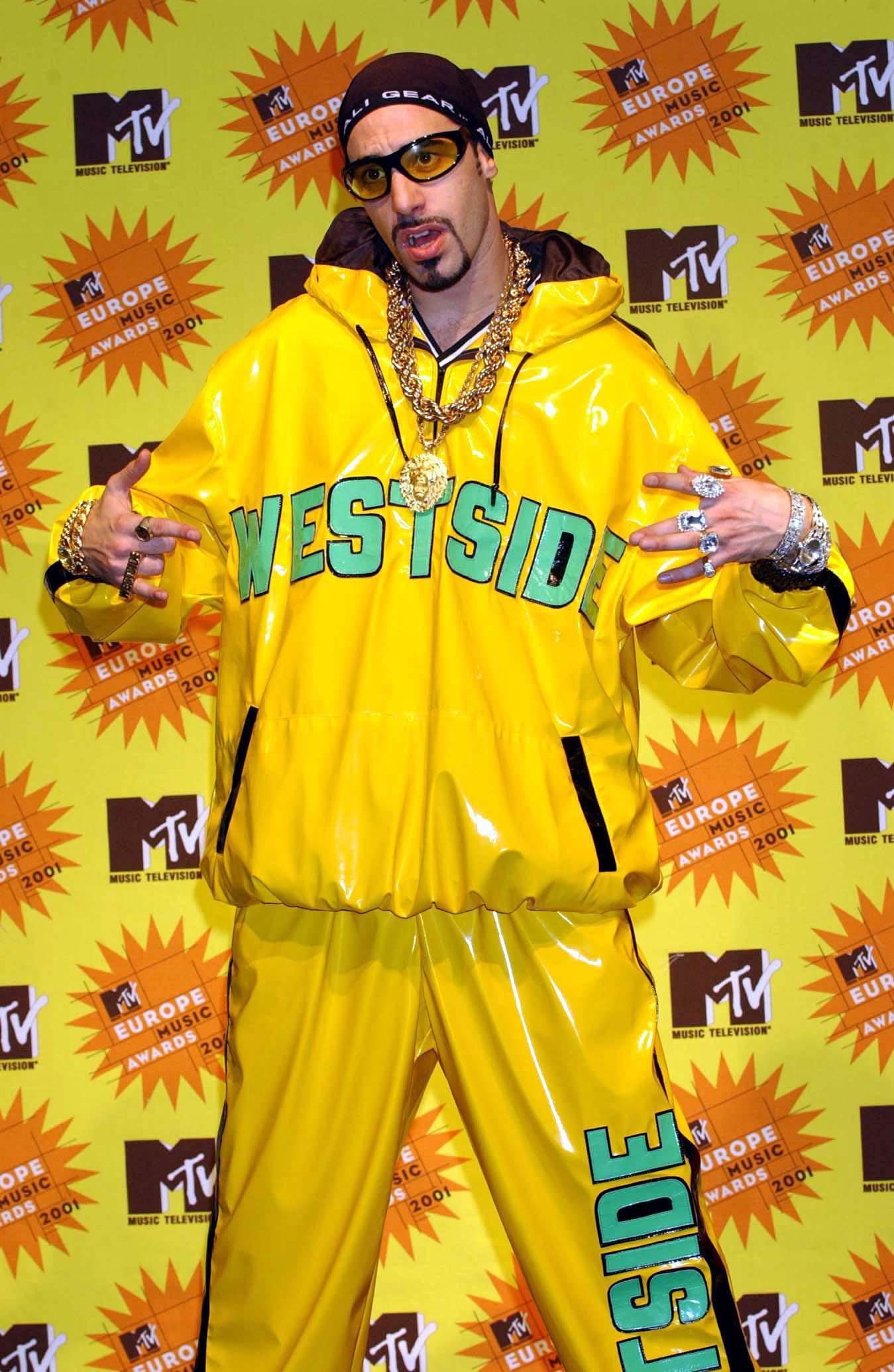 Westwood attended Norwich School, which now costs £11,000 a year, before going to a mixed comprehensive.

Ex-pupils remember him as a strait-laced student in thick-rimmed NHS specs.

Westwood struggled with dyslexia, but found a passion for music.

After school he worked as a roadie and a glass-collector in clubs before securing a DJ slot on a pirate radio station. 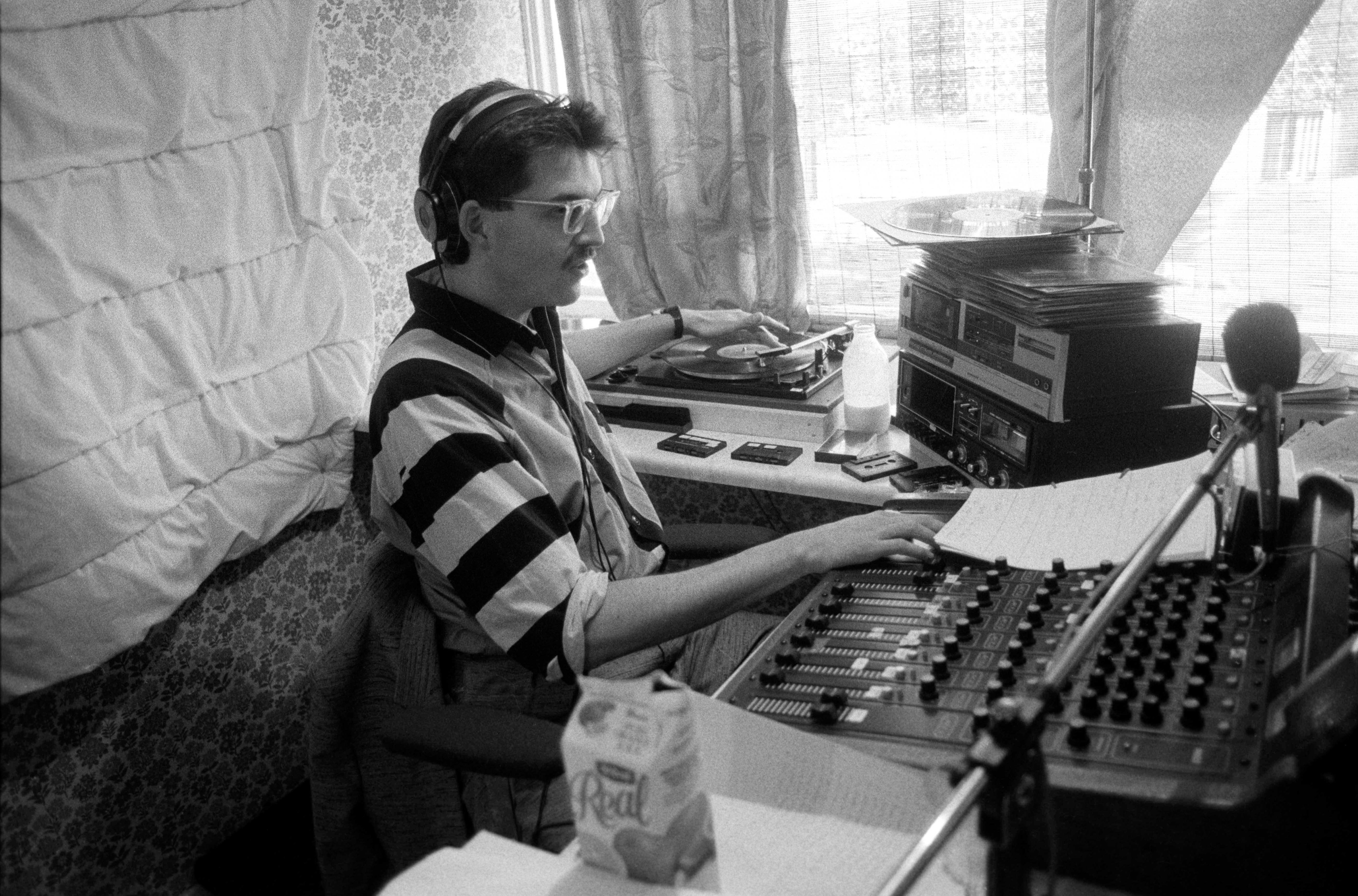 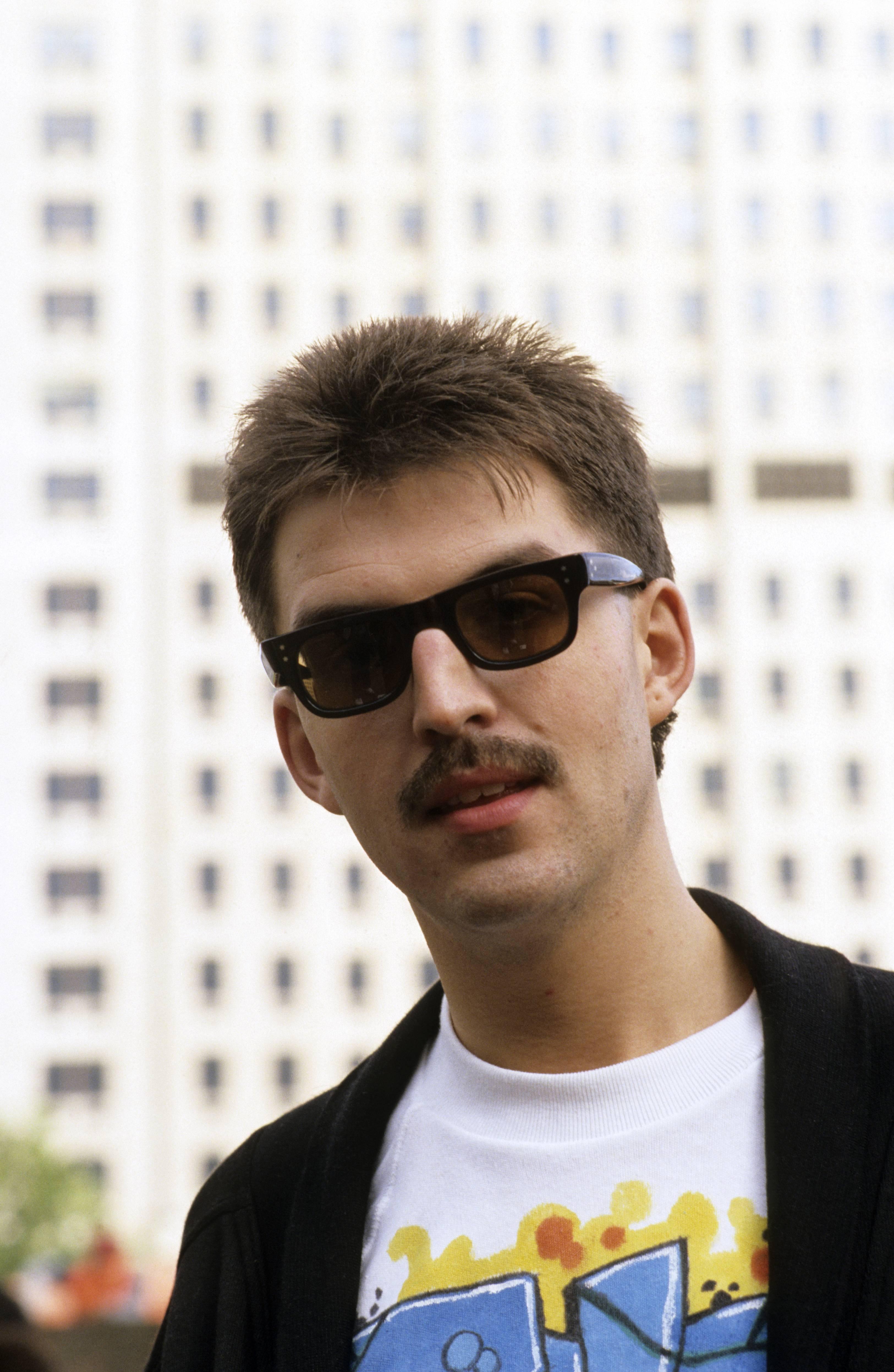 Arriving at the BBC he revelled in creating an anarchic atmosphere, hiring a personal chef and dotting the studio with champagne bottles. He said: “Newsreaders would have to come in and, like, read the news with people spluttering on blunts (cannabis joints) all around them.”

Despite this he says his father’s beliefs instilled a keen moral compass in him, and he neither drinks nor takes drugs himself.

He became famed for his catchphrases “Yo, we’re going in baby” and “Now drop the bomb”, addressing others as either “baby”, “fam”, “family” or “my brother”.

Not surprisingly his language has baffled interviewees.

Did you have any idea about that Young Thuggery love out there, fam?

“Who the f**k let Young Thug in? Did you have any idea about that Young Thuggery love out there, fam? Groupies are lining up the stairs out there.”

Rapper KRS-One was equally baffled when they spoke on Radio One.

Westwood has his critics in the hip-hop community.

Band The Mighty Mindbomb released a record called Westwood is a Tw*t.

He was also booed when he won the Mobo for best DJ for the fifth time. 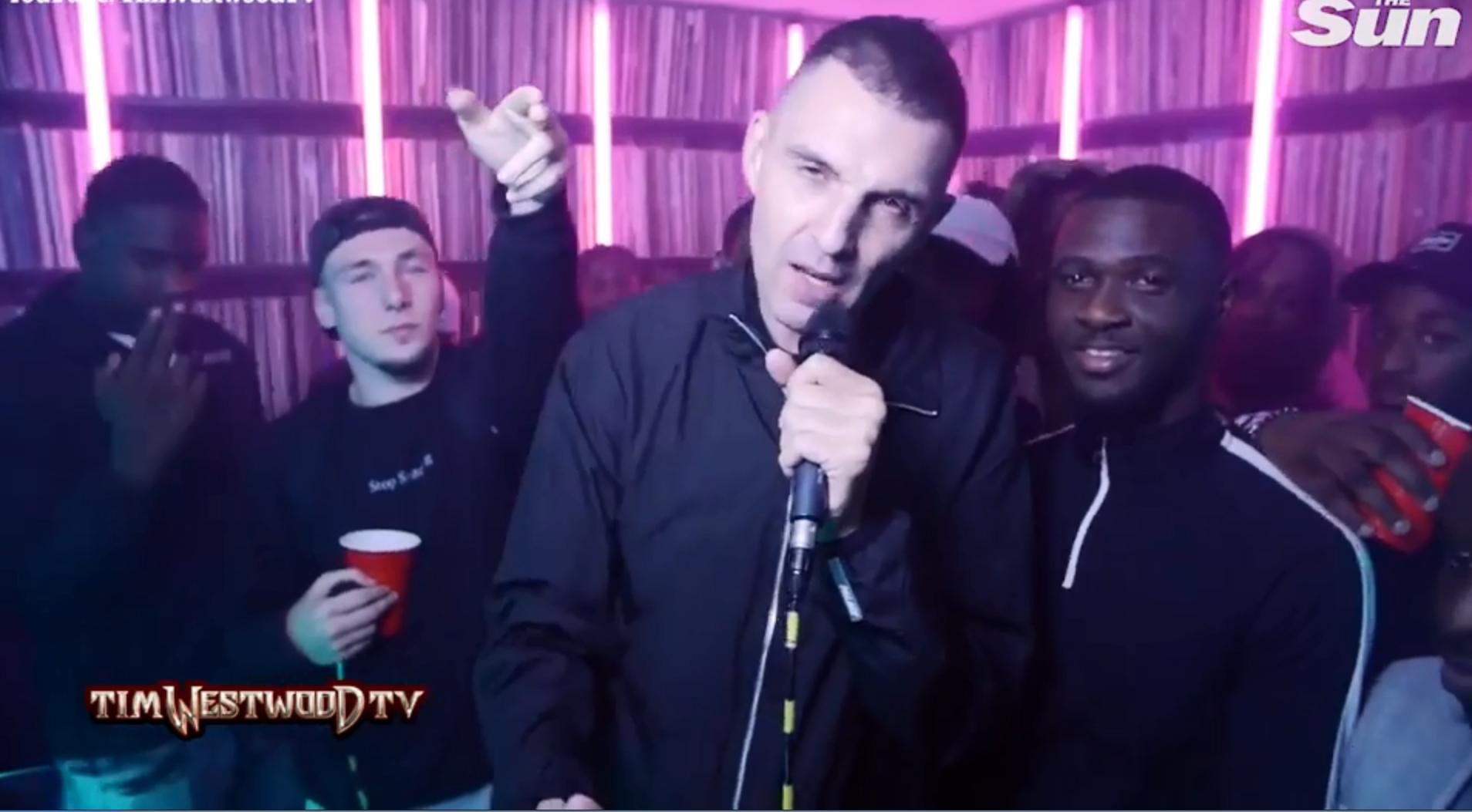 The man himself is sensitive about his upbringing. Once asked about how he responds to criticism that he’s faux-urban and genuinely middle-class, he replied: “I don’t see that, it’s not on my radar. Honestly, baby, I get love out there, pure and simple.”

He can command a fee of more than £10,000 for a gig and has sold more than two million copies of his compilation albums.

He owns a production company and has a weekly radio show on Capital Xtra.

He tries to keep his private life under wraps.

DISTURBING Moscow17 lyrics boast about how they want to attack their rivals with knives.

In their track, Moscow March, watched more than 100,000 times on YouTube, the group rap about splashing — or stabbing — their “opps”.

It goes: “Man’ll splash him with a passion/Ding dong whip [use a car] or the ding dong ped [use a moped]/Pull out, hop out, bang it [stab him].”

Zone 2 responded with a video saying how they were “going to burst” their rivals.

In May, Rhyheim was shot dead in the same street where Incognito was killed on Wednesday

Last year he was mocked when he tried to share his credit card details with a girlfriend over Snapchat and accidentally posted the message for all his followers to see. Next to a picture of his card, he wrote: “Baby looking forward taking you to dinner on Thursday.

“I appreciate you may wanna get nails, hair and a wax. Even some new shoes or a clutch bag.

“Use my card it’s black with private banking so there’s no limit (but don’t be buying a new car lol).”

Despite his riches, he lives modestly and as quietly as a church mouse in the one-bed flat in Fulham, West London, that he’s had for more than 30 years.

Neighbours include Made in Chelsea stars, bankers and brokers. 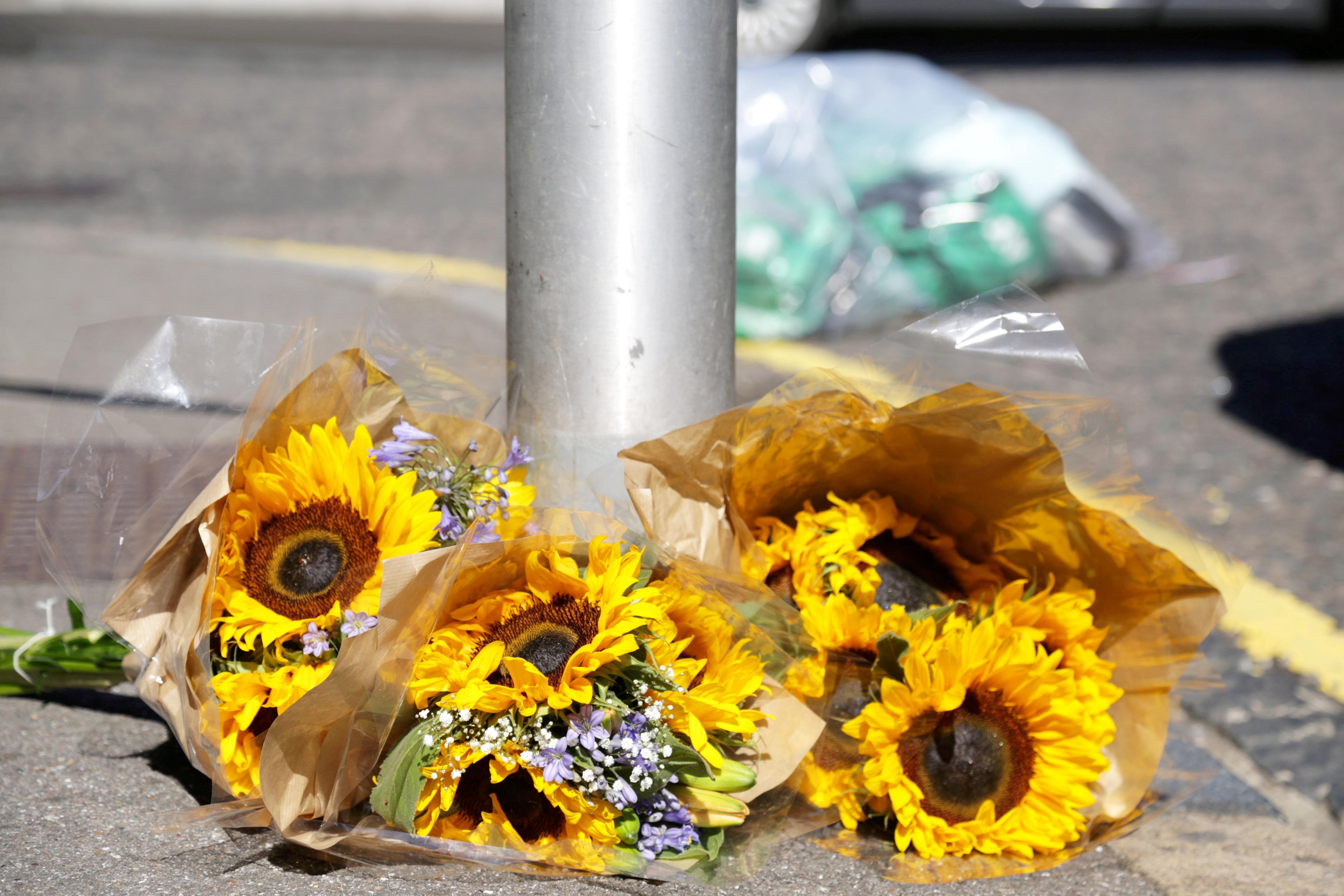 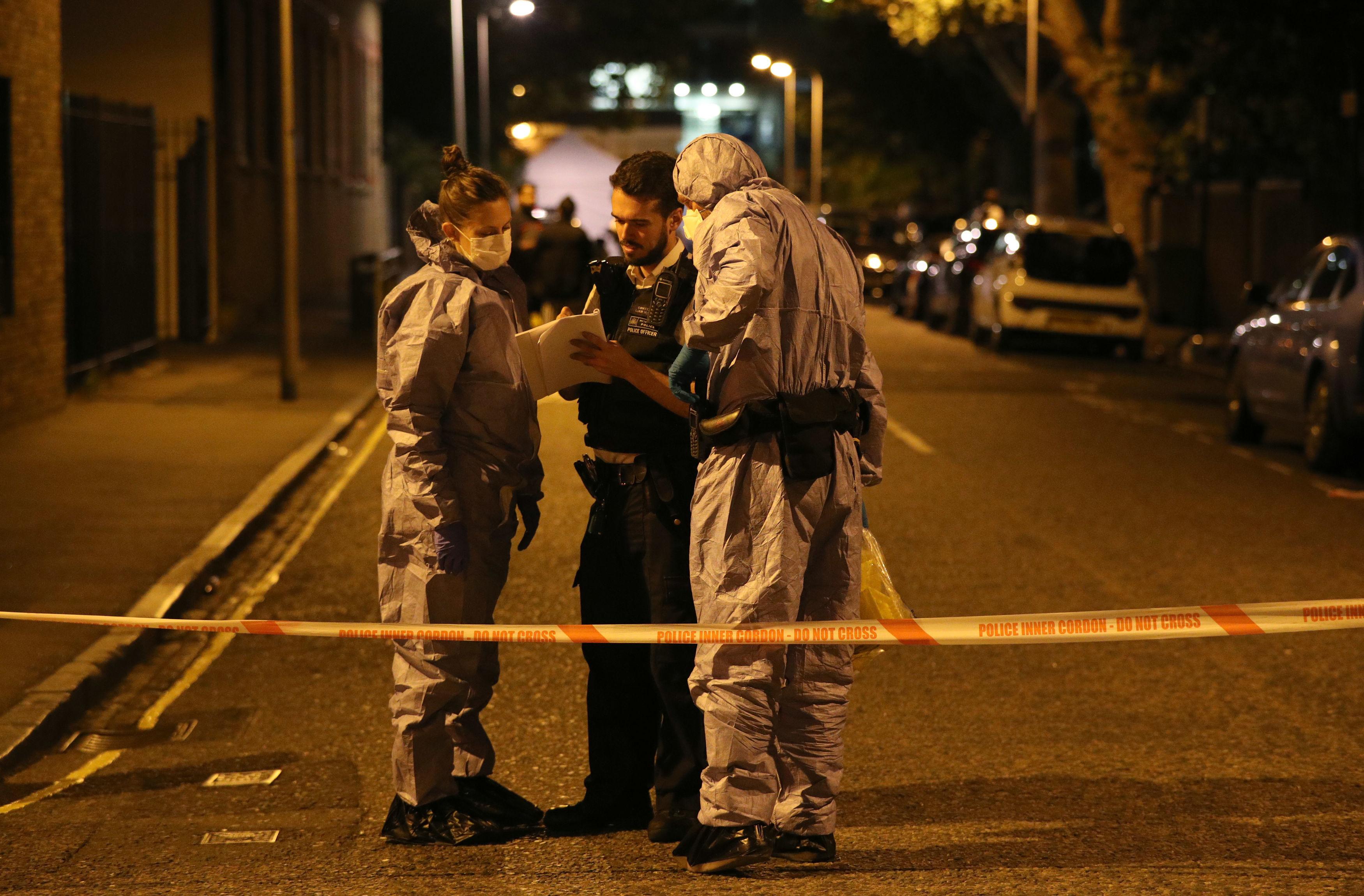 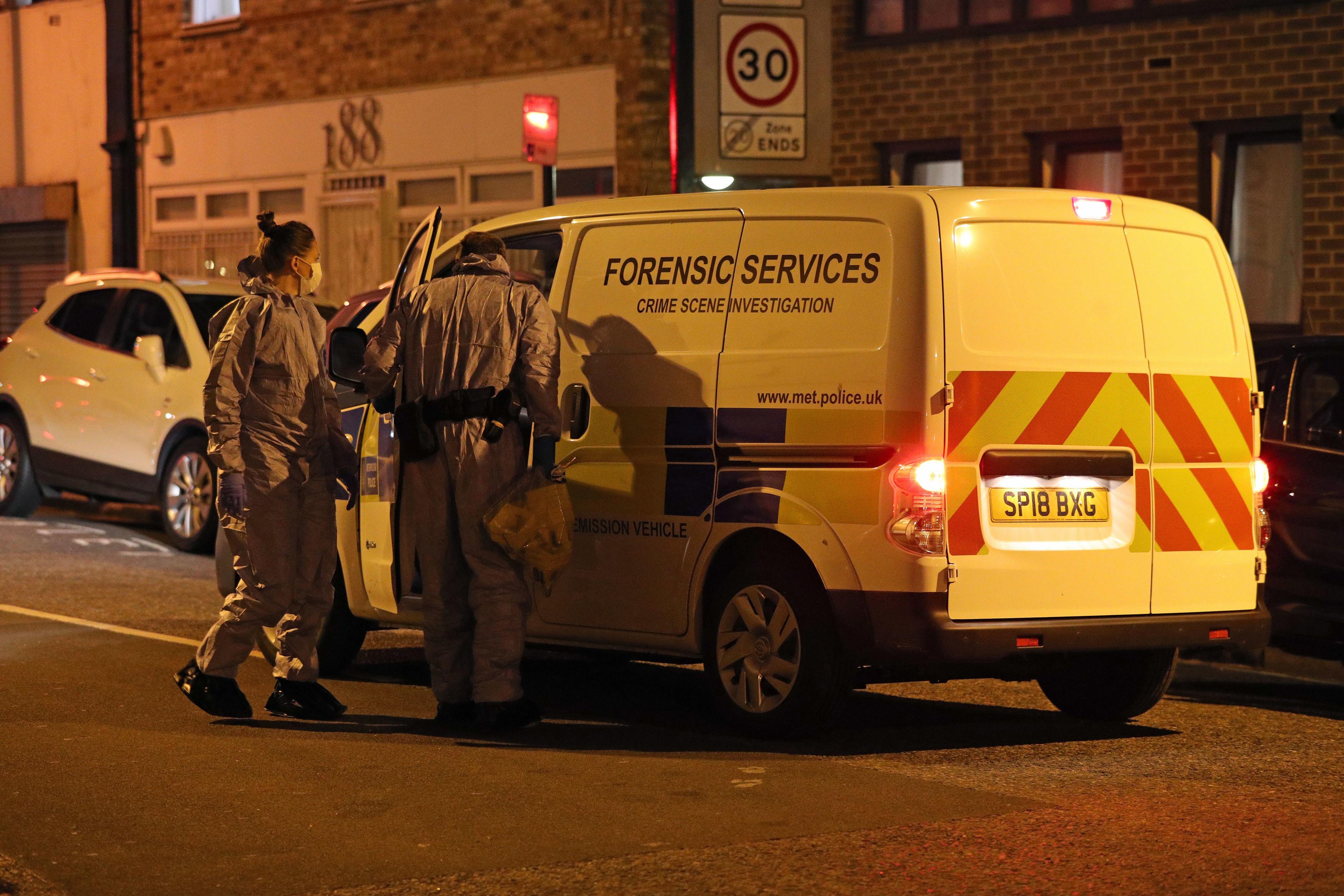 One local told The Sun: “He’s a DJ but I’ve never heard him having any parties or making noise. He’s quite quiet.” Another added: “He used to have big parties but he doesn’t now.

“Years ago he would. Quite some time ago now. He’s settled down now.”

The front door of his home is reinforced with a metal bar, a security measure installed after a failed assassination attempt in 1999.

Gunmen opened fire on his car as he drove back from a gig and Westwood was hit in the arm. 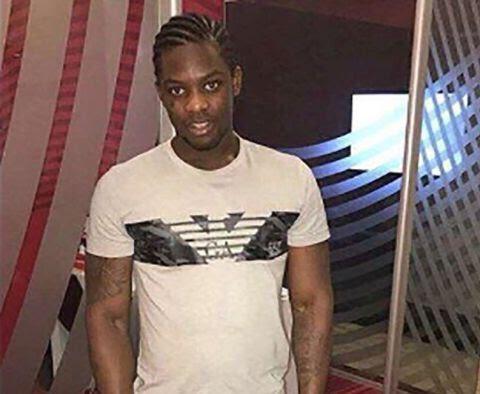 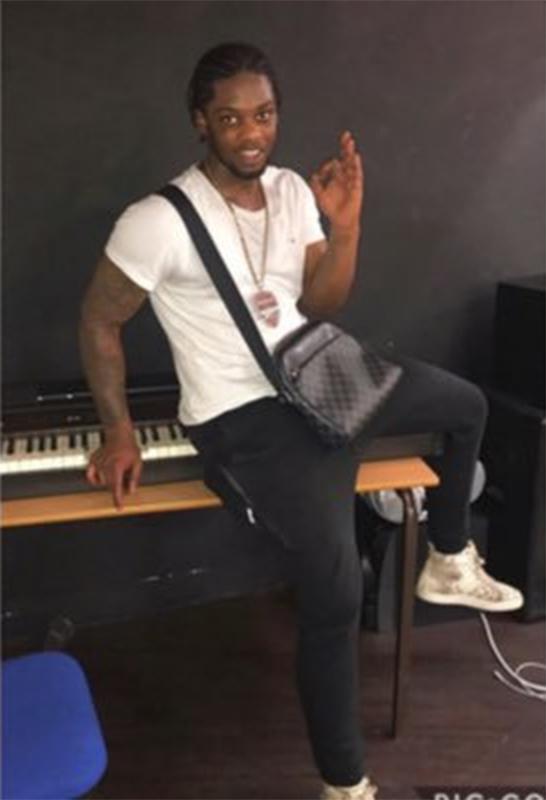 It emerged a gang from South London had been trying to extort money from him. Yet for Westwood, he appears to have rather enjoyed the glimpse into the world of the music he promotes, joking afterwards: “Before the shooting, the only people who knew me were the hip-hop crowd.

“But the truth is that was real gangster s**t. It made me big. I wish I had an album out at that time.”

Now, once again, he is back in the spotlight, having been twice criticised by judges in the past few months as they lock away gang members for murder.

A Met Police database which tracks suspected gangsters across YouTube clips has also singled out 32 videos on his channel which could incite violence.

The DJ was also criticised by the family of a murdered teenager, who accused him of glamorising knife crime.

A video, since removed from the channel, featured a gang celebrating the stabbing of Abdullahi Tarabi, 19.

The victim’s sister, Muna Tarabi, said: “How have these boys been allowed to go on with Tim Westwood, who is promoting them on his TV channel? It’s wrong.”