Home » World News » Bizarre moment driver finds man stuck head first in a recycling BIN – but is all as it seems?

The scene allegedly occurred on Friday morning around 8am in in Mexborough, Rotherham. 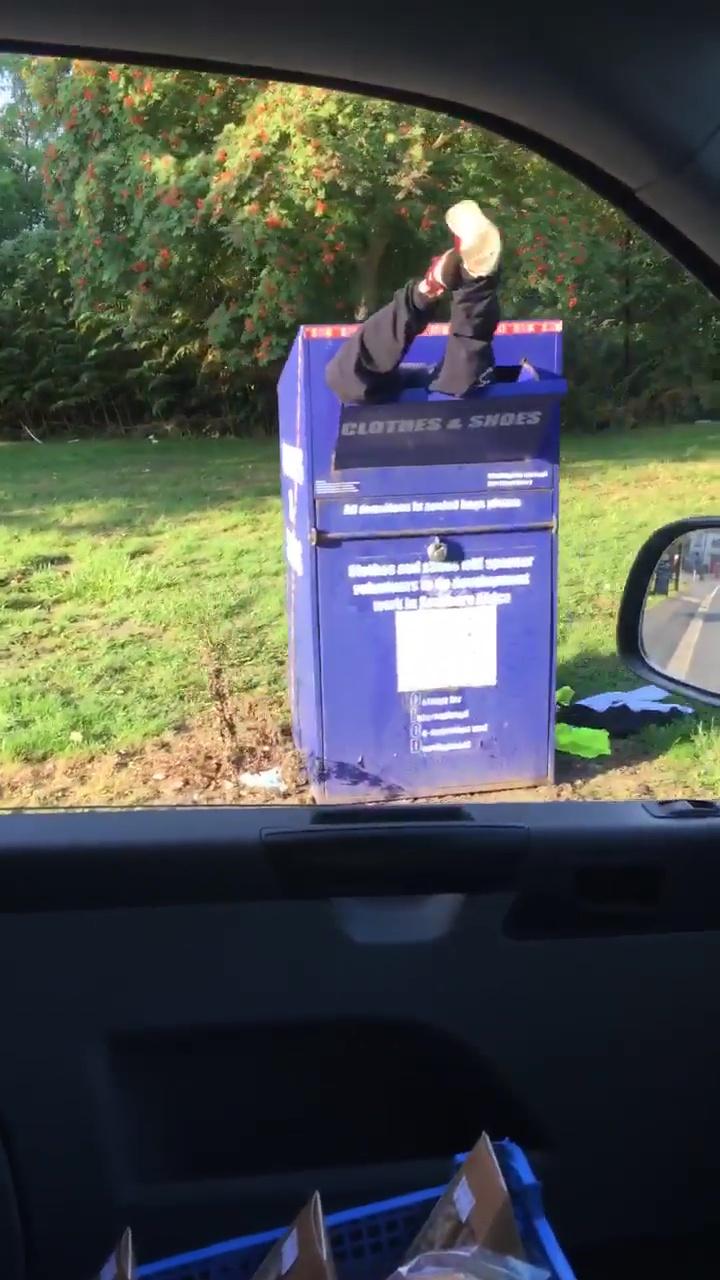 Ashley Kerr, 29, was delivering sandwiches at the time when he says he happened across the unfortunate chap stuck in the bin.

He said: “As I was driving down the road I thought I saw a pair of legs hanging out of the clothes bin I wasn’t sure but as I got closer I realised I was right.

“I asked him if we was alright, his reply was “am sound me pal” and then I said you sure he replied “yea…”

“I’m not sure if he got out but am guessing he did lol.” 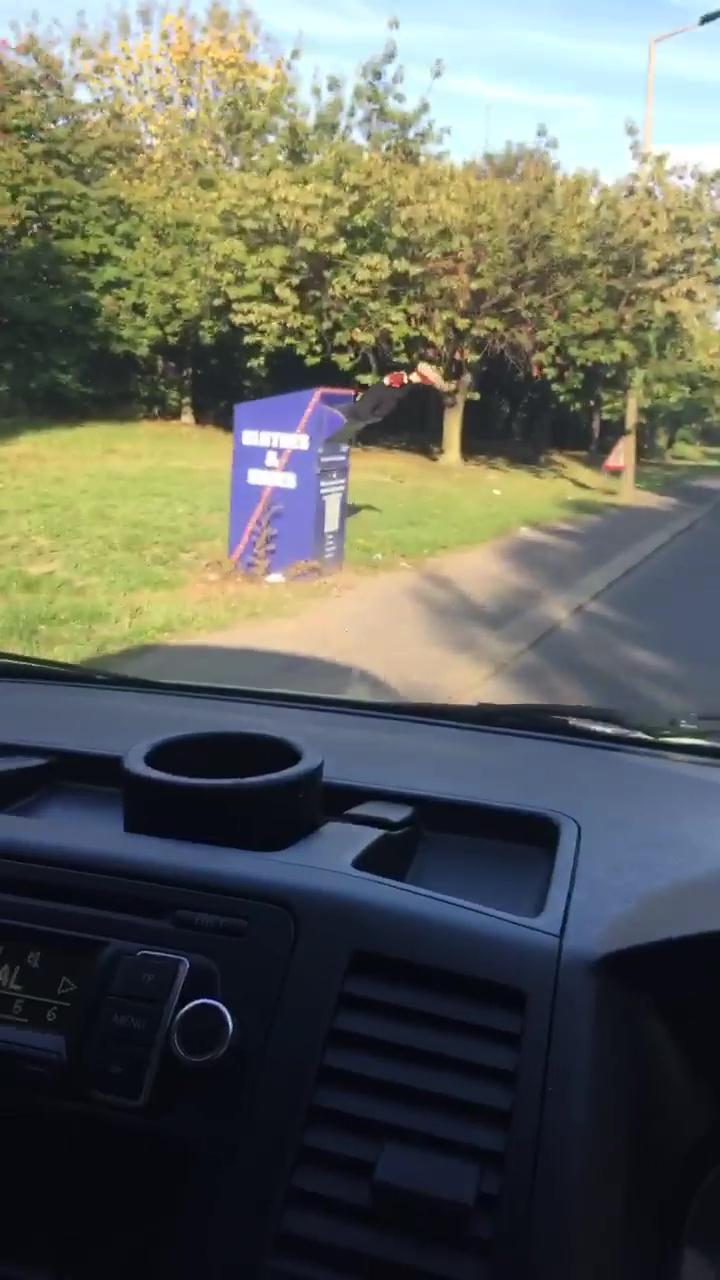 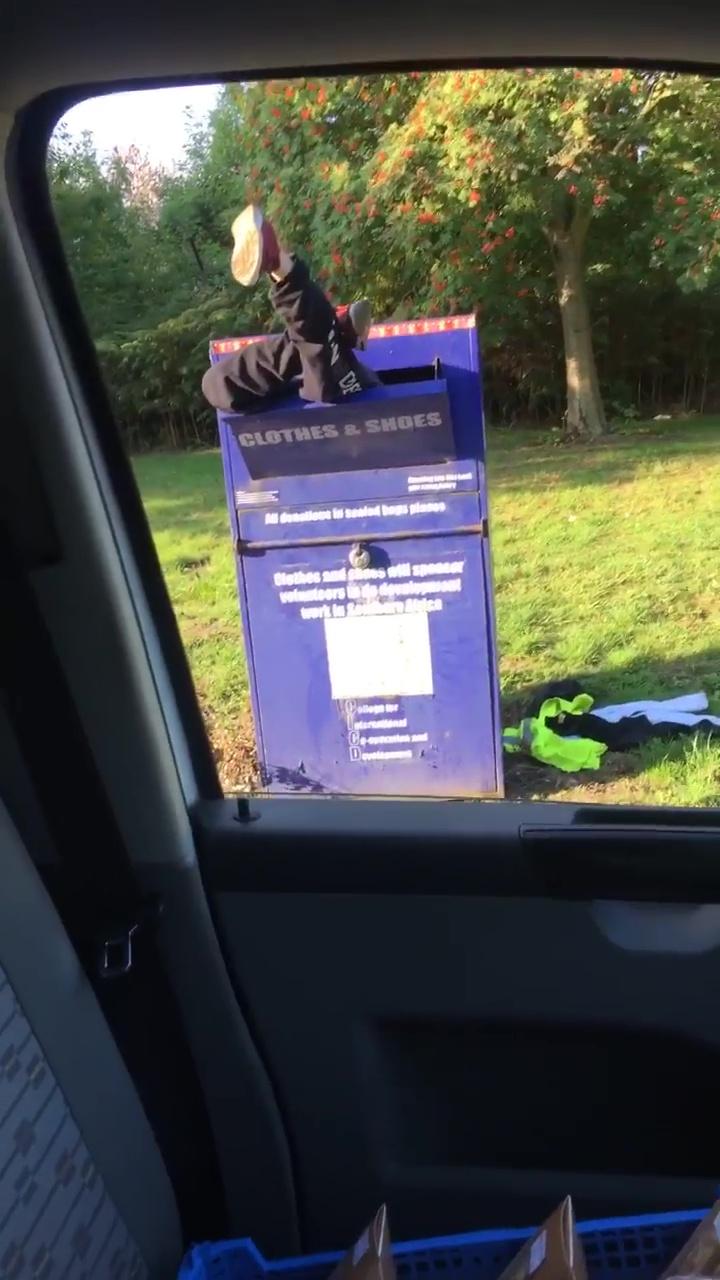 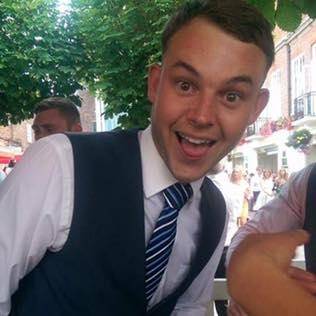 The footage has been shared on Facebook and has been view over 6,000 times.

Some commenters are speculating on the identity of the unfortunate rummager, with users of the social media site speculating that he is a local spice user renowned for his strange antics.

“I wonder if it’s the dancing man who goes in it all the time?”

“Hahaha it's got to be him! Bless him, hope he wasn't stuck like that too long. All the blood (& spice) would have gone to his head and he'd have been crazier than normal!”

Another committed that this might not be such a stage occurrence for Rotherham after all, stating

“My mate says he does it all time”.

The Sun Online has not been able to verify the footage.