We’re rooting for you Bruno! Black bear who has traveled 400 miles across four states in search of a mate becomes an unlikely social media star

A black bear named Bruno has become an unlikely social media star as he travels across the country looking for love.

Bruno reportedly began his summer odyssey in Wisconsin in June, and has since walked more than 400 miles through Illinois, Iowa and Missouri as he’s believed to be searching for a mate. 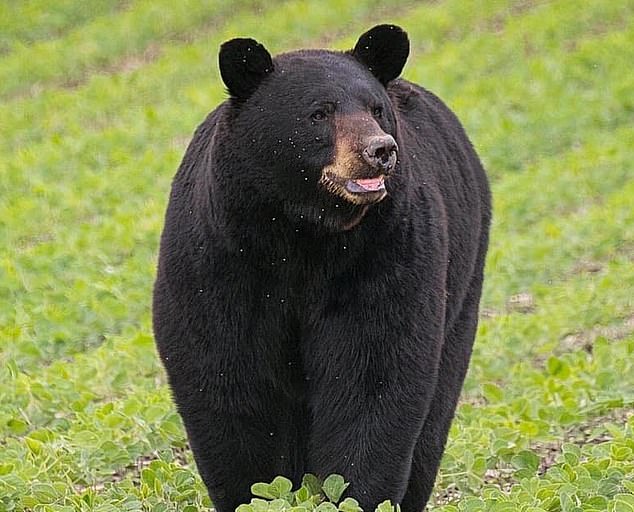 Over Father’s Day weekend last month, more than 300 people in Illinois’ Henderson County gathered to watch, follow and, in some cases, harass the bear – prompting concerns from wildlife officials.

‘Certainly, the more pressure is put on the bear, the more likely we’ll see an adverse outcome,’ Capt Laura Petreikis of the Illinois Conservation Police said in a statement.

The Illinois Department of Natural Resources has been working with local authorities to help Bruno cross busy roads without putting himself or drivers in danger, according to the agency.

Stefanie Fitzsimons, district wildlife biologist of INDR, said Bruno likely launched the journey in search of a mate, and urged anyone who spots him to remain at least 100 yards away.

‘For the most part, we’ve not seen conflicts between the public and bear until recently and, unfortunately, those conflicts were caused entirely by people,’ Fitzsimons said in a statement.

‘It’s a novelty to see a bear in Illinois, and people want to see it for themselves, but they must remember that the outcome for this bear – whether IDNR must step in and take action to protect public safety – is completely dependent on how the public react to it.

‘If the bear is left alone, it can continue its journey safely on its own.’ 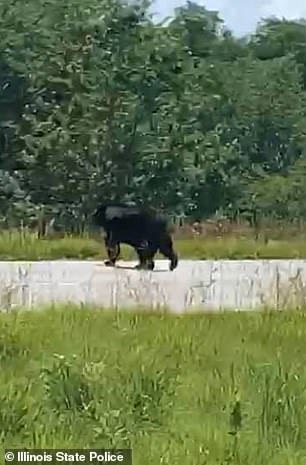 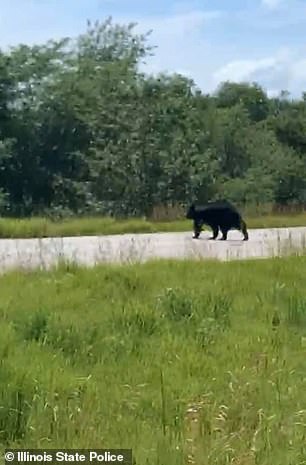 Wildlife officials have warned anyone who comes across Bruno to stay at least 100 years away. Illinois State Police have offered several updates on his location in recent weeks

Black bear sightings are especially uncommon in Illinois, where only about 14.7 percent of the landscape is suitable for their survival.

Only a handful of sightings have been reported in the past decade, per the Outdoor Illinois Wildlife Journal.

Bruno’s name is believed to be a nod to a famous animal actor who starred in the 1960s TV show Gentle Ben, as well as The Life and Times of Judge Roy Bean and Mara of the Wilderness.

The IDNR and North American Wildlife and Habitat agency are monitoring Bruno with help from local authorities and tips from concerned citizens. 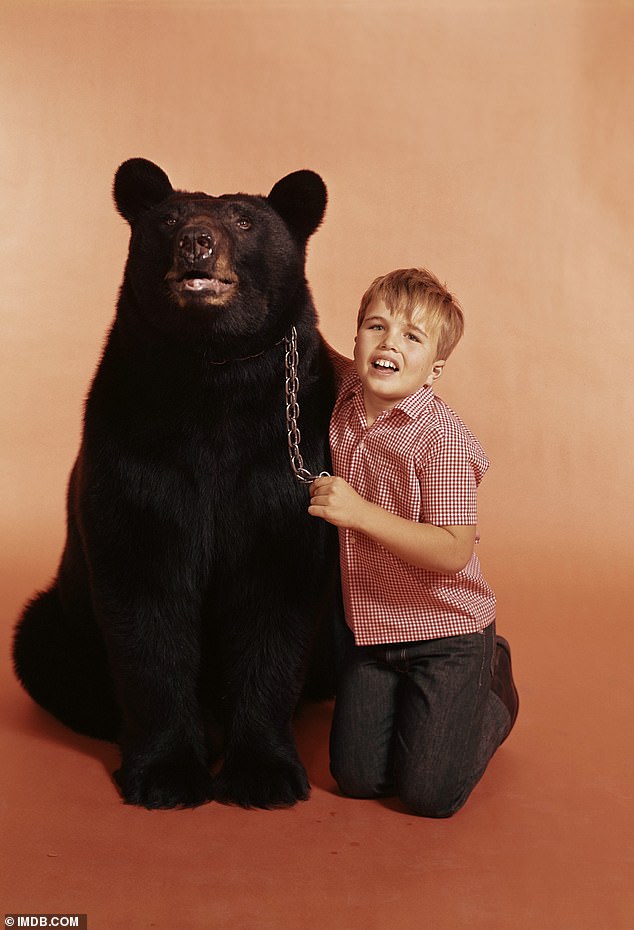 Bruno’s name is a nod to a famous animal actor who starred in the 1960s TV show Gentle Ben (pictured), as well as The Life and Times of Judge Roy Bean and Mara of the Wilderness