Around 150 firefighters are still on the scene after a fire broke out at The Law Society in central London forcing the evacuation of diners.

The blaze is believed to have started in the roof of the six-storey office building on Chancery Lane at 10.40pm on Saturday.

Fire crews were focusing their efforts on the roof of the building, which the brigade said remains alight along with part of the fifth floor. 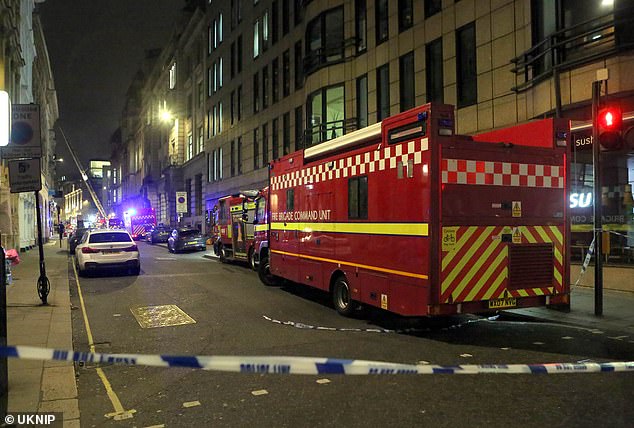 Fire crews on the scene in Chancery Lane,  Holborn, where a fire broke out at The Law Society.

Crews from Soho and Shoreditch were among those at the scene.

The fire’s cause is still not known.

Roughly 28 people evacuated the building before the fire brigade arrived, with eleven evacuated from nearby flats as a precaution, ITV reported.

London Fire Brigade said: ‘Twenty five fire engines and around 150 firefighters have been called to a fire in an office building in Chancery Lane in Holborn.

Firefighters are currently tackling a fire on the roof of a six storey building, a large amount of the roof and part of the fifth floor remains alight.’ 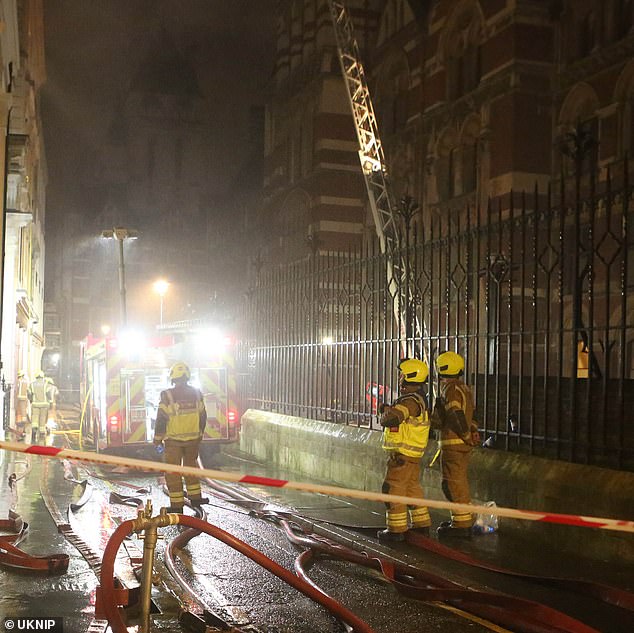 Crews from Soho and Shoreditch were among those at the scene. The fire’s cause is still not known