A HORRIFIED student claims her black boyfriend was pepper-sprayed and jumped on by cops hunting a white suspect.

Kaana Grace, 18, was filming a high-speed police chase in Loughton with a stolen car when she and her partner were swooped on by cops. 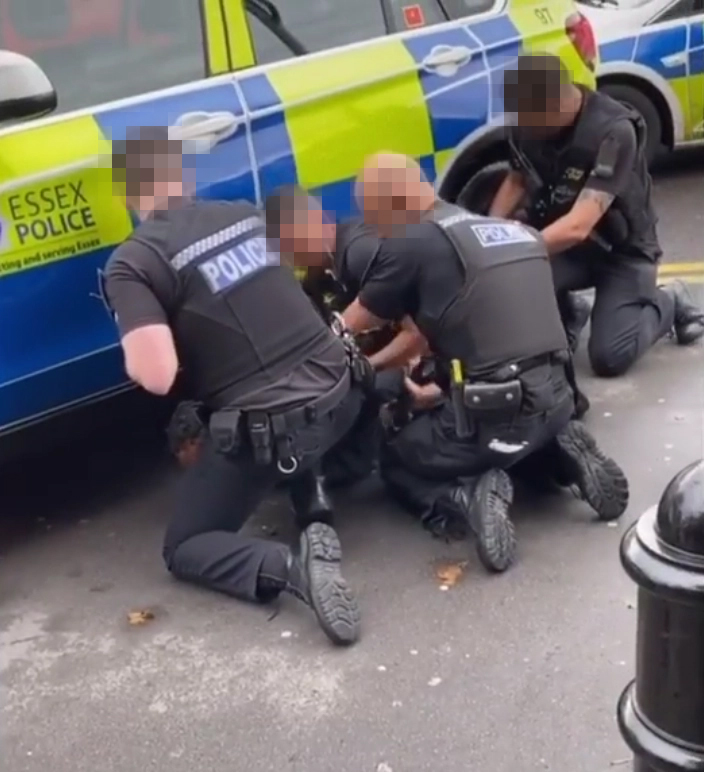 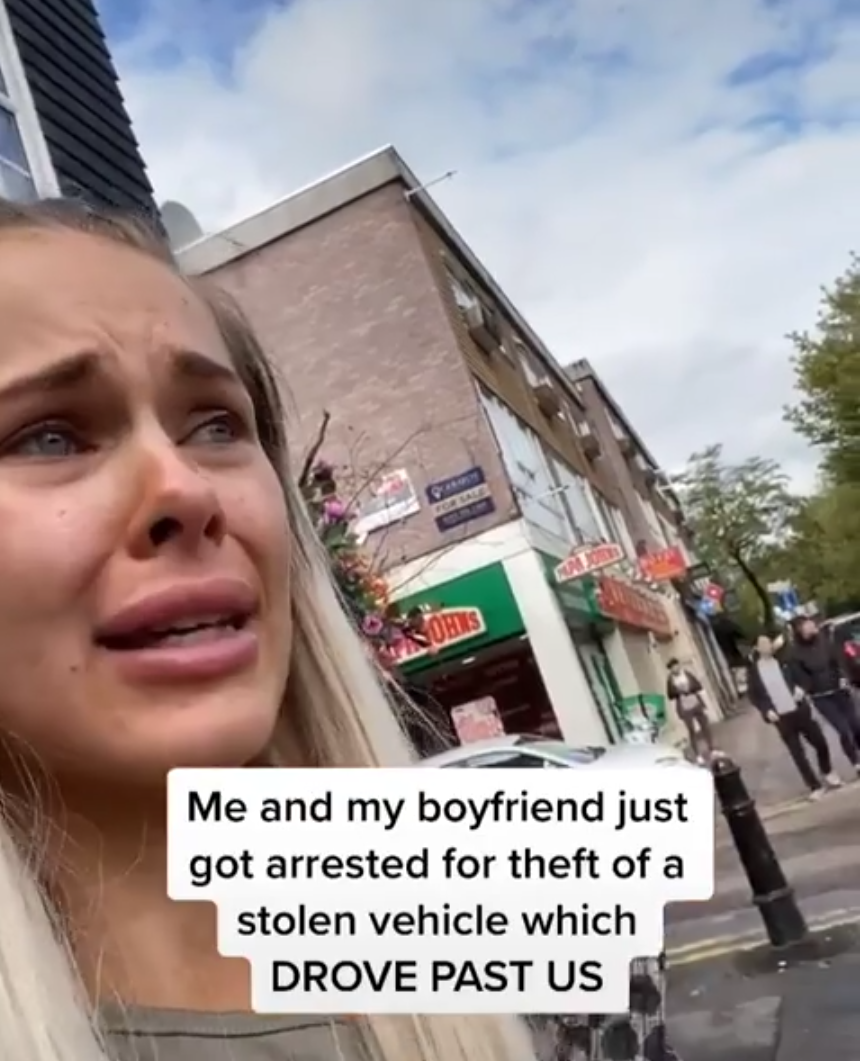 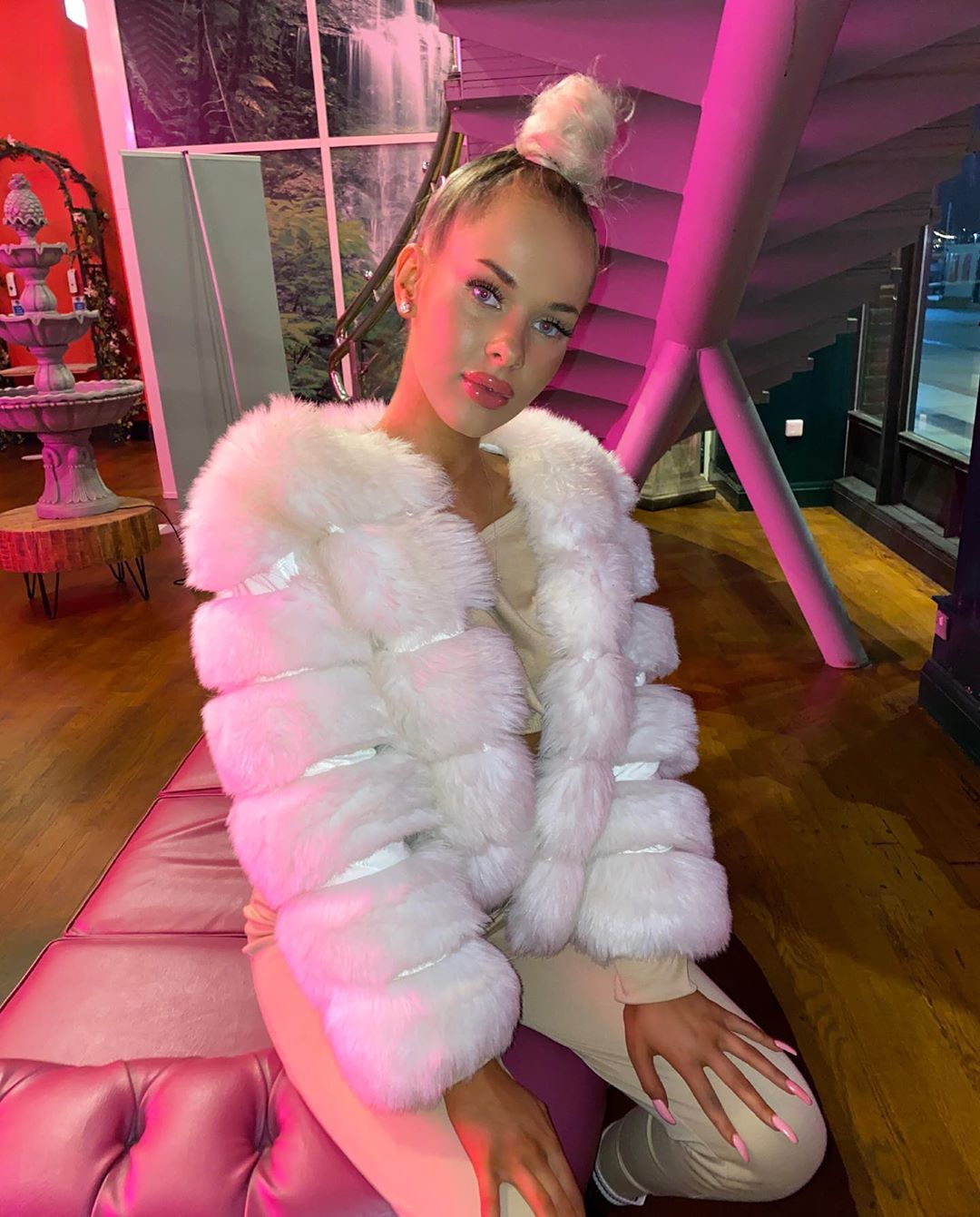 Shocking footage shows four officers bundling her boyfriend to the ground and pinning him down in chilling echoes of George Floyd's death in America.

Kaana says the pair were told officers were arresting them on suspicion of stealing a vehicle even though it had just sped past them in the chase.

And she claims cops said her boyfriend "matched the description" of a white suspect they were hunting – despite him being black.

Blonde Kaana was also held in handcuffs on the street as police reportedly said she was the "Latino-looking brunette" they were looking for.

The couple were eventually let go by police, who said in a statement they arrested her boyfriend because his clothes "matched the description" of the suspect. 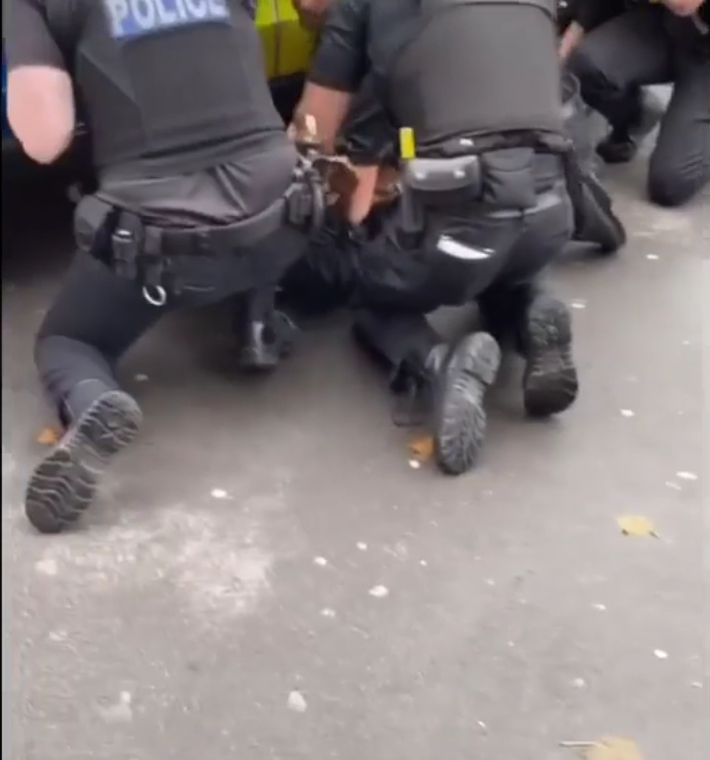 The law and criminology student told The Sun Online: "Two police cars just pulled up in front of us and they jumped on my boyfriend and sat on him while he was on the ground.

"We were completely innocent and had literally just stepped out our home but they wouldn't listen and soaked him with pepper spray.

"Everyone around us was screaming and it was terrifying because they just wouldn't listen.

"I don't want to accuse the police of anything but given the current climate with police brutality, you can see the difference between how he was treated compared to me.

"How come I was stood on the street in handcuffs while he was on the floor with officers on him? Neither of us were resisting arrest but were just confused about what was happening.

"It was so harsh – the police are meant to protect you but this was just terrifying for us.

"It makes you lose faith in them." 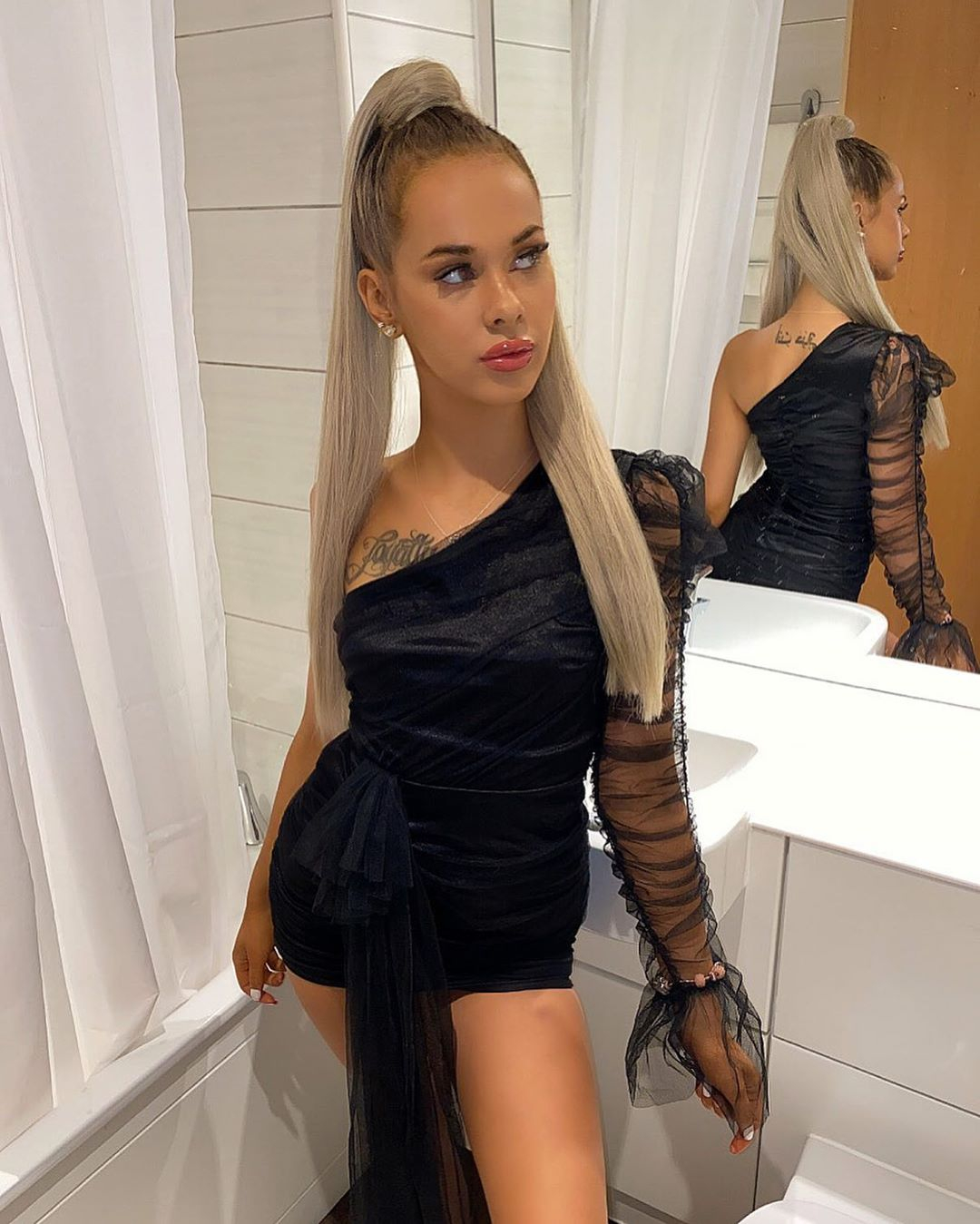 Kaana says to add insult to injury, she saw the actual suspects sat calmly in the back of the police car when they were finally told they were free to go.

And she claims her boyfriend didn't even receive an apology from the police for wrongful arrest – but she did from a female officer.

The model added: "It was so horrible not being able to do anything to help him as he was on the ground and that broke my heart.

"He hurt his lower back and is going to the doctors today as his neck is also hurting.

"His right leg is also swollen up.

"We're both doing ok but just shaken up." 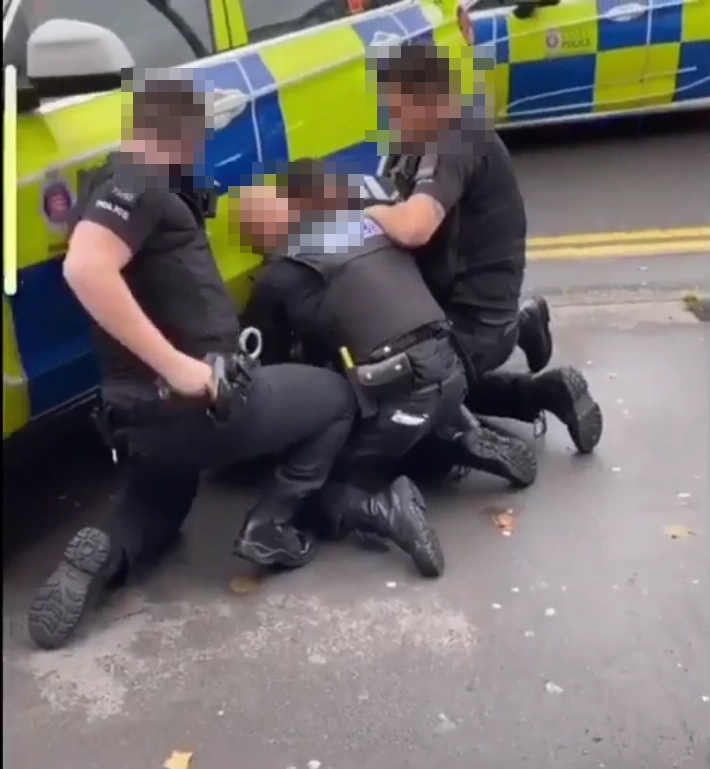 Kaana posted the video on Instagram yesterday after the horror unfolded.

She wrote: "Today me and my boyfriend had just stepped out of the house to go to the shop. We saw a black car speeding down the high road with police and vans chasing the vehicle.

"It could've killed people. It was swerving busy traffic and even I had to run across the road as they nearly drove over me and my boyfriend on the pavement.

"All of a sudden two police cars had unexpectedly pulled up and they hopped out and grabbed my and my boyfriend and spraying us with pepper spray and arrested us without telling us why.

"Later on they told us we were arrested for suspicion of a stolen vehicle, even though he was among a crowd watching the craziness.

"They said we match the description of a brunette woman and a white man, which we clearly are not.

"We were just standing on the sidewalk. We were 'mistaken identities'… We are so ashamed and upset we had to go through this.

"Also to mention we did not resist arrest even though we were innocent. We were just so confused and shouting we have done nothing wrong.

"How could we have stolen the vehicle if it was STILL being chased actively by police with the criminals inside and we were just standing near a flower shop??? They later de-arrested us and just left saying they got the wrong people." 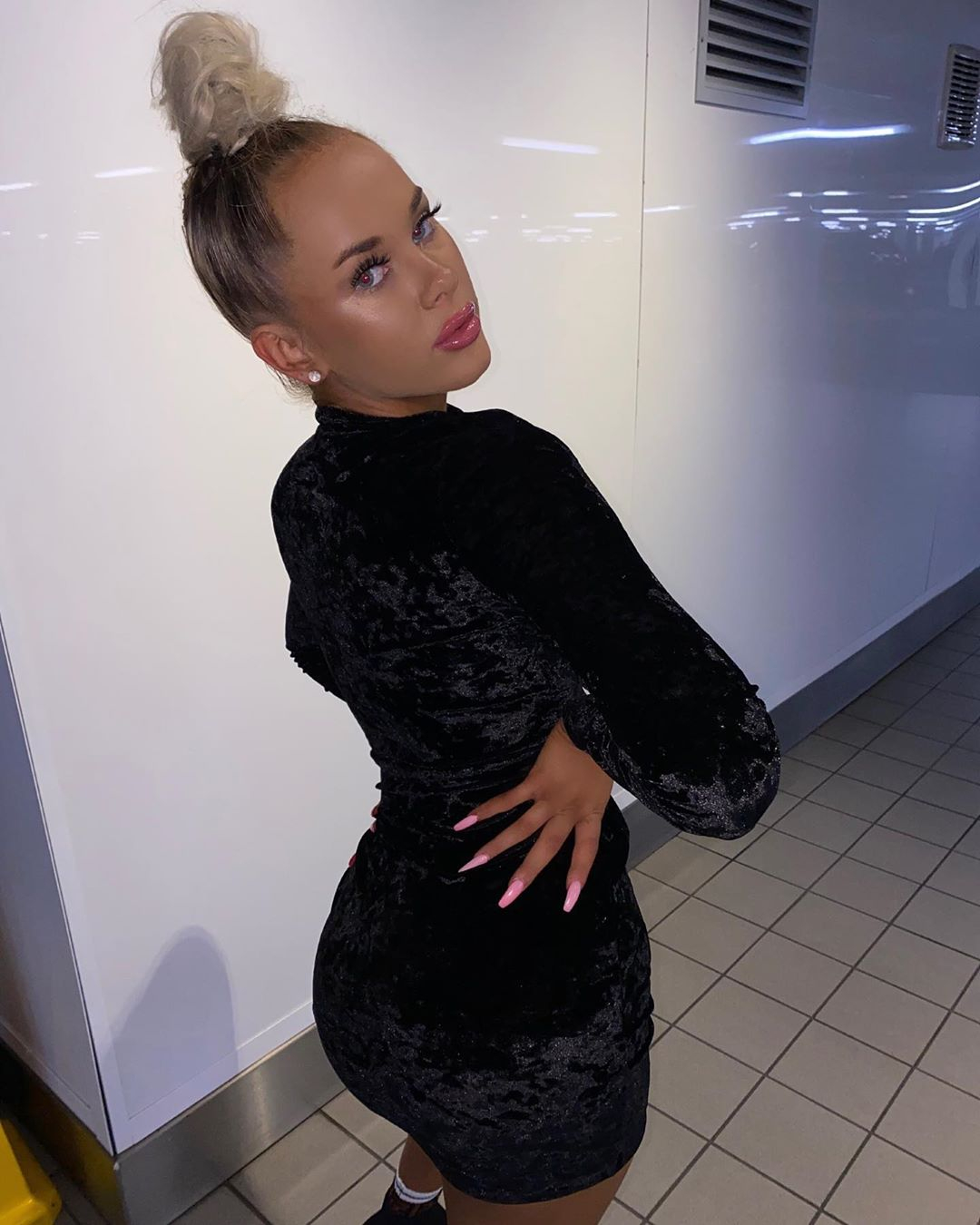 The footage has been viewed by more than 230,000 stunned Instagram users.

One wrote: "His scream from literal pain is breaking my heart".

Another said: "I am so sorry for what happened to you and especially your poor boyfriend, police are starting to be worse than the people they should be stopping at this point.

"I can’t even understand how stressed and angry you and your boyfriend would feel knowing the people you should call if this happens is the people doing it.

"I send you all my support and will continue to fight against police acting like this, not only for you and your boyfriend but also for the millions of other people who watch/go through this. I am sick and tired of this behaviour."

While one simply wrote: "Absolutely shocking".

Essex Police said: "A man was detained by officers in Loughton High Road because his clothing matched the description of someone they were looking for.

"In the course of speaking to him there became the need to restrain him.
Checks by the officers established the man was not involved and he and his girlfriend were allowed on their way.

"We are examining the body camera footage from the officers in attendance to establish if correct procedure was followed." 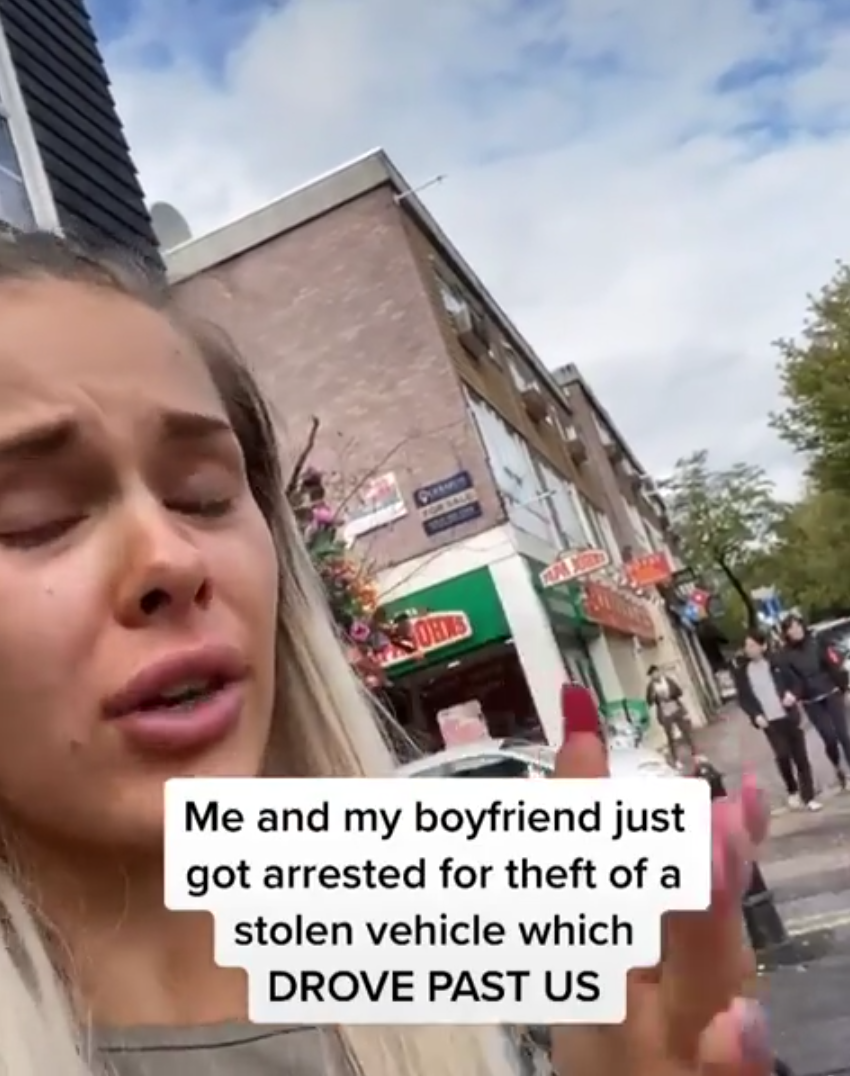 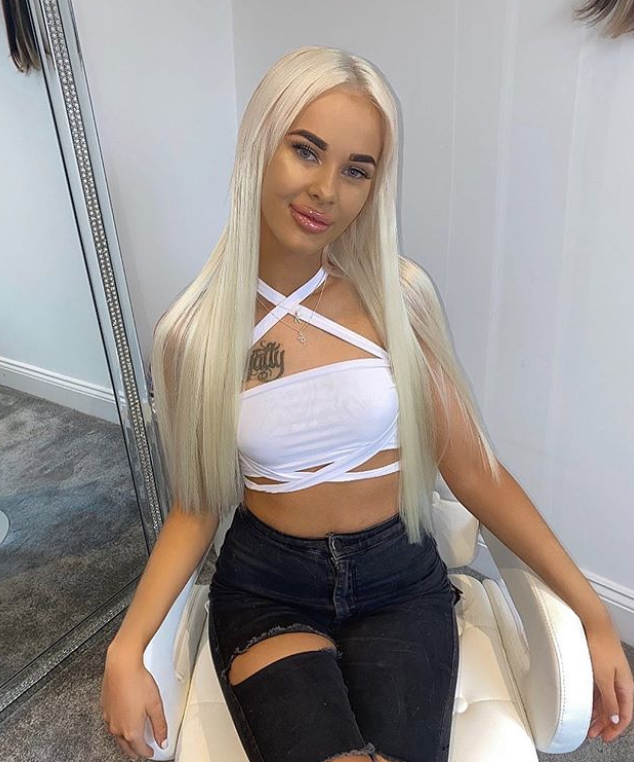