An explosive book by journalist Bob Woodward has revealed new accounts of backbiting and insults among Donald Trump’s senior staff – with some of the most cutting digs directed at the president and his intellect.

Woodward, relying on his usual methods of deeply sourced reporting with use of information provided on ‘background’ – presents White House Chief of Staff John Kelly and Defense Secretary James Mattis each deriding the president’s mental capacity.

Kelly called Trump an ‘idiot’ and said in a meeting with a small group the president was ‘unhinged,’ according to the Washington Post, Woodward’s longtime employer, which got a copy.

‘He’s an idiot. It’s pointless to try to convince him of anything. He’s gone off the rails. We’re in Crazytown. I don’t even know why any of us are here. This is the worst job I’ve ever had,’ Kelly said when he blew a fuse at a meeting, according to Woodward. 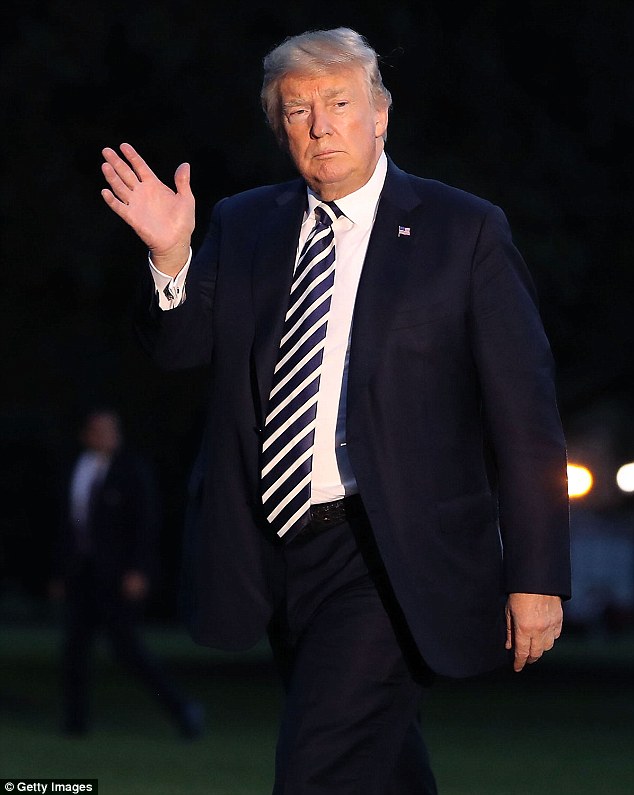 In one episode, Trump questioned the utility of U.S. early warning systems in Alaska to identify a nuclear attack from North Korea.

When Trump asked about it, Mattis schooled him: ‘We’re doing this in order to prevent World War III.

Mattis then told colleagues Trump had the mental ability of ‘a fifth- or sixth-grader.’

But Trump also dished back at his subordinates.

He fumed at Attorney General Jeff Sessions, and even reportedly mocked the region he came from, in addition to calling him a ‘traitor’ for his decision to recuse himself from the Russia probe.

‘This guy is mentally retarded. He’s this dumb Southerner. … He couldn’t even be a one-person country lawyer down in Alabama,’ Trump said. 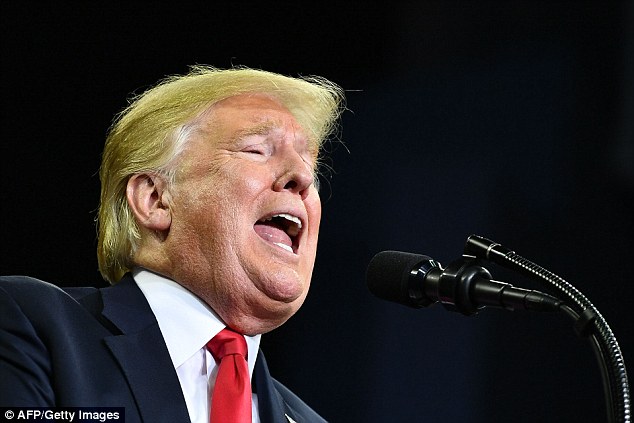 Defense Secretary James Mattis then told colleagues Trump had the mental ability of ‘a fifth- or sixth-grader.’

Previous accounts during Trump’s first year had former secretary of state Rex Tillerson calling Trump a ‘moron,’ and Tillerson did not explicitly deny it. This would mean three of Trump’s most senior advisors have ridiculed his mental capacity.

The book also recounts efforts by former chief economic advisor Gary Cohn to try to head-off what he considered rash or ill-advised policy moves by Trump.

Cohn ‘stole a letter off Trump’s desk’ to prevent the president from executing a letter of withdrawal from a South Korean trade deal.

The book even ventures into the advice Trump got from his former lead lawyer on the Russia investigation, John Dowd. 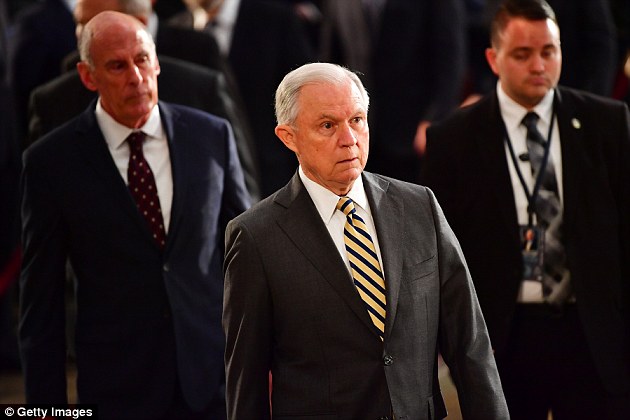 ‘This guy is mentally retarded. He’s this dumb Southerner,’ Trump reportedly said of his attorney general, Jeff Sessions, who recused himself from the Russia probe 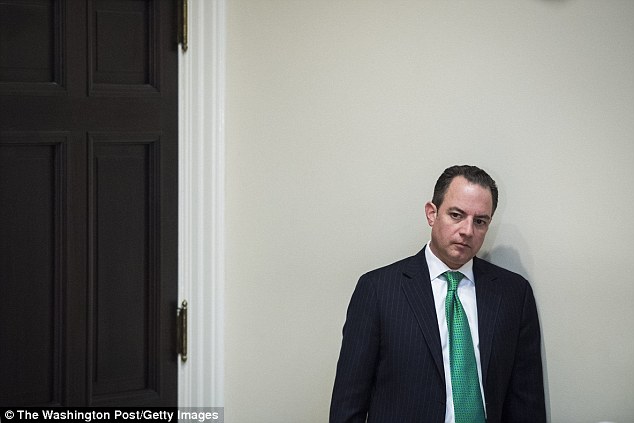 Trump said his former chief of staff, Reince Priebus, scurries around ‘like a rat’ 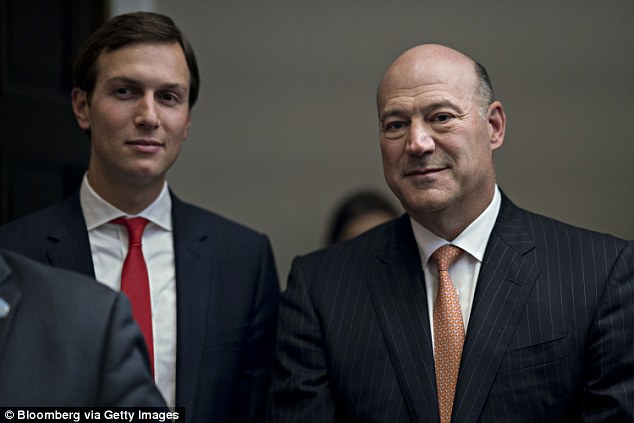 Former director of the U.S. National Economic Council Gary Cohn snatched a letter off Trump’s desk to keep him from precipitously moving to pull out of a trade deal 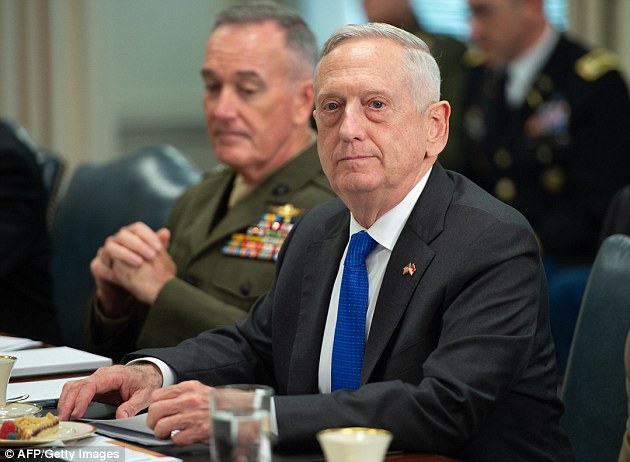 ‘Don’t testify. It’s either that or an orange jumpsuit,’ he advised Trump, according to the book.

And Dowd also explained to special counsel Robert Mueller face-to-face why he didn’t want his client to testify.

Dowd told him: ‘I’m not going to sit there and let him look like an idiot. And you publish that transcript, because everything leaks in Washington, and the guys overseas are going to say, ‘I told you he was an idiot. I told you he was a goddamn dumbbell. What are we dealing with this idiot for?”

According to Woodward, Mueller replied: ‘John, I understand.’

According to another anecdote, Trump told former staff secretary Rob Porter former chief of staff Reince Priebus was ‘like a little rat. He just scurries around.’

‘I don’t trust you. I don’t want you doing any more negotiations. … You’re past your prime,’ Trump told him.

The release of yet another bombshell book sent the White House communications shop into immediate emergency mode.

White House press secretary Sarah Sanders was seen walking into the Oval Office Tuesday. She declined a request for comment.

The Washington Post released a recorded August 14 phone call between the famously well-sourced author and the president.

In the call, Trump sounds irked that he never was able to speak to Woodward for his book. ‘I never got a call. I never got a message,’ the president said at first.’

Trump allowed he did get a brief message from Graham. He put Conway on the call, who said she passed the request through channels, but did not say she spoke to Trump about it.

‘Senator Graham actually mentioned it to me quickly on one meeting. And you know, that is true,’ Trump said.

‘It’s really too bad because nobody told me about it and I would have loved to have spoken to you,’ Trump said.

‘Did you speak to Madeleine,’ Trump asked Woodward. ‘Madeleine is the key. She’s the secret,’ Trump said, in a reference to Madeleine Westerhout, his personal secretary.  Woodward says he didn’t.

‘I broke my spear on it trying to get to you,’ Woodward tells him later in the call, which Woodward told the president he was recording at the top.

‘I talked to Raj. He was going to work it out,’ Woodward said, referencing press aide Raj Shah.

Trump put Conway on the call. She told Woodward: ‘I did. I presented it to the people here who make those decisions,’ without naming names. ‘It would have been nice, Bob, if you called for me in my office,’ Trump said.

He also diminished the access of his deputy press secretary. ‘Rah, I hardly have – I don’t speak to Raj.

‘That’s okay, I’ll just end up with another bad book. What can I tell you.’