At least two were killed and another 56 people injured – 14 of them seriously – when the blast tore through Borgo Panigale with enough force to shake nearby houses, reports claim. Dramatic video footage and photos posted online showed a massive mushroom of black smoke surrounding the fireball and spreading across the sky.

Police said they had closed off the road where the crash took place as well as the surrounding area on the outskirts of the Italian city.

The bridge collapsed under the force of the blast, spreading the fire to a car park where several other vehicles caught fire and exploded.

Firefighters and ambulances rushed to the scene to stop the blaze from spreading further as traffic built up on the road. 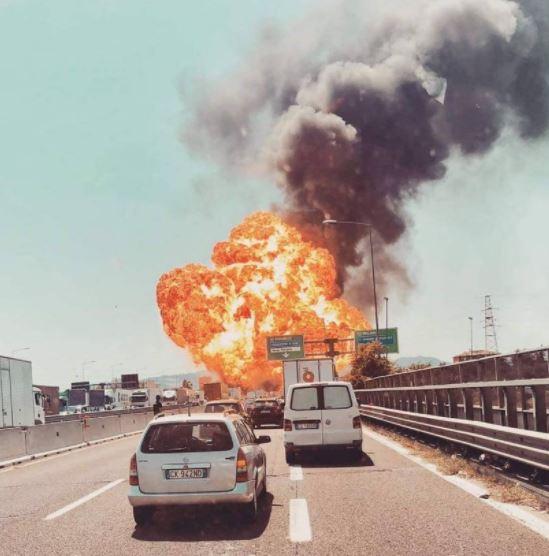 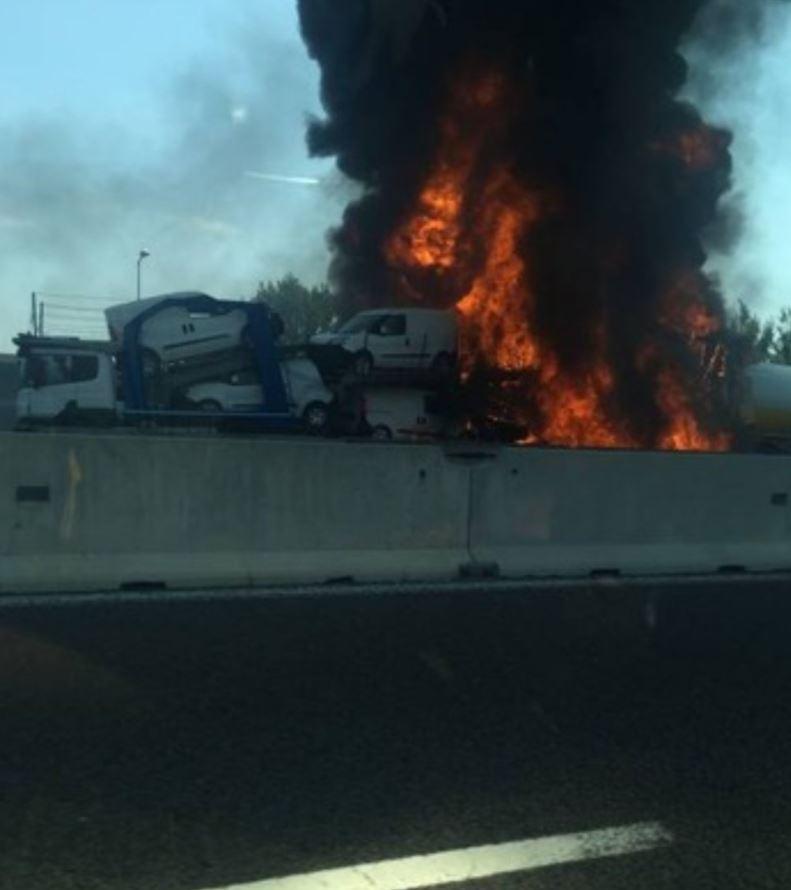 A video shot from a parked car at the moment of the explosion appeared to show a man engufled by flames when the tanker exploded.

Firefighters are currently battling the flames at the scene on the bypass in Borgo Panigale, according to local reports.

Local police said there had been a collision on the motorway and an explosion happened in the subsequent fire.

A picture close to the scene shows cars at a Peugeot dealership ablaze along with a flyover running alongside it. 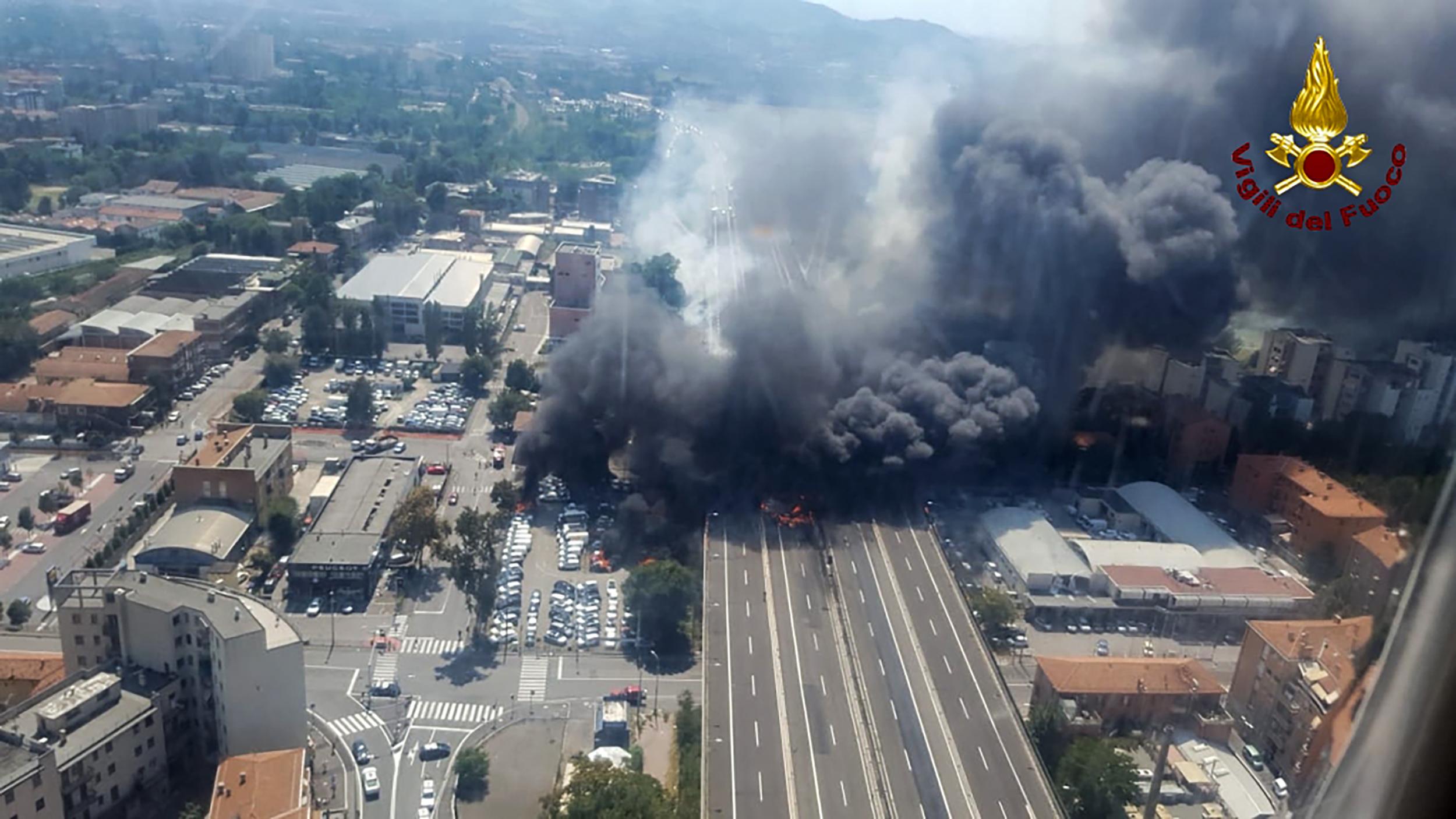 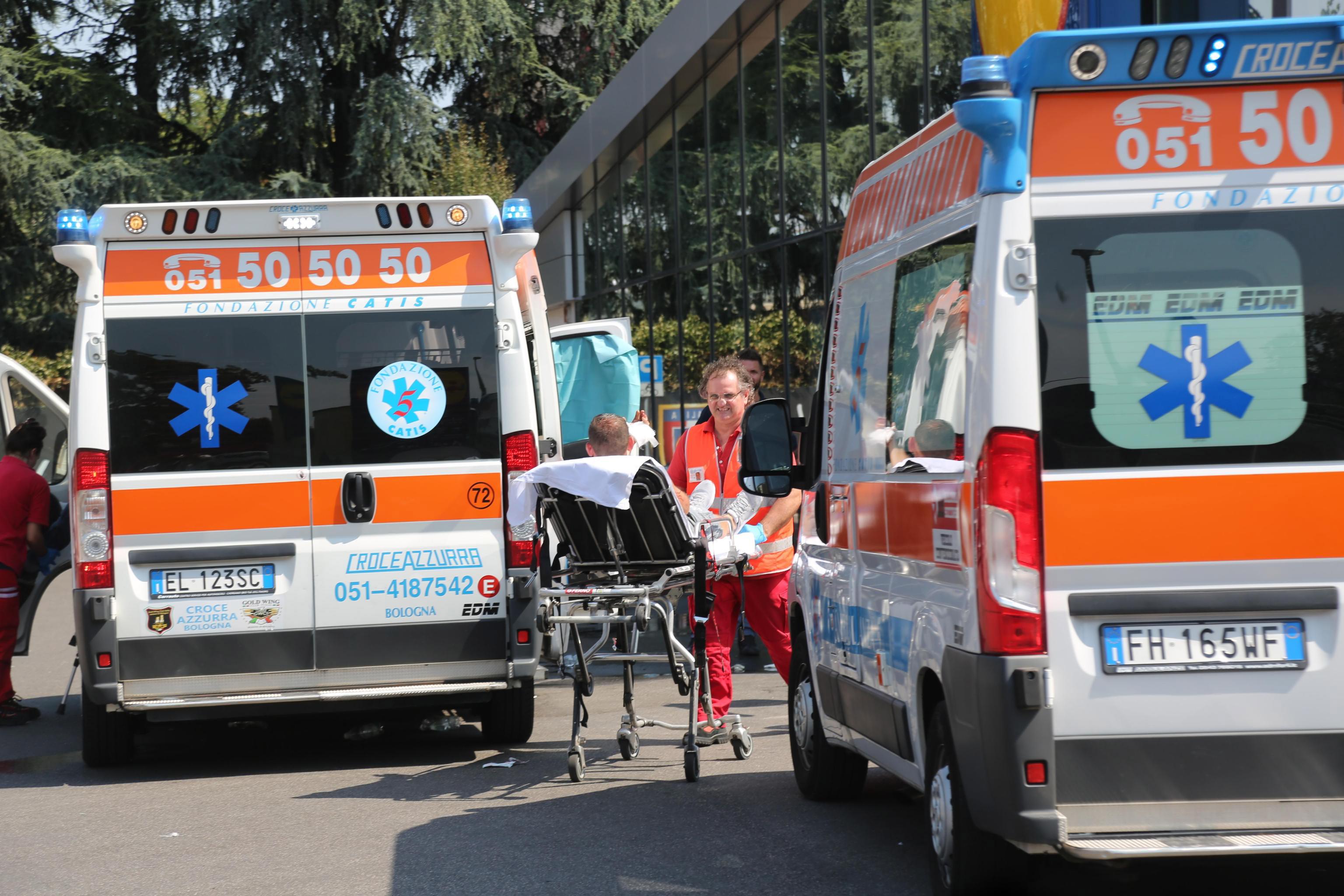 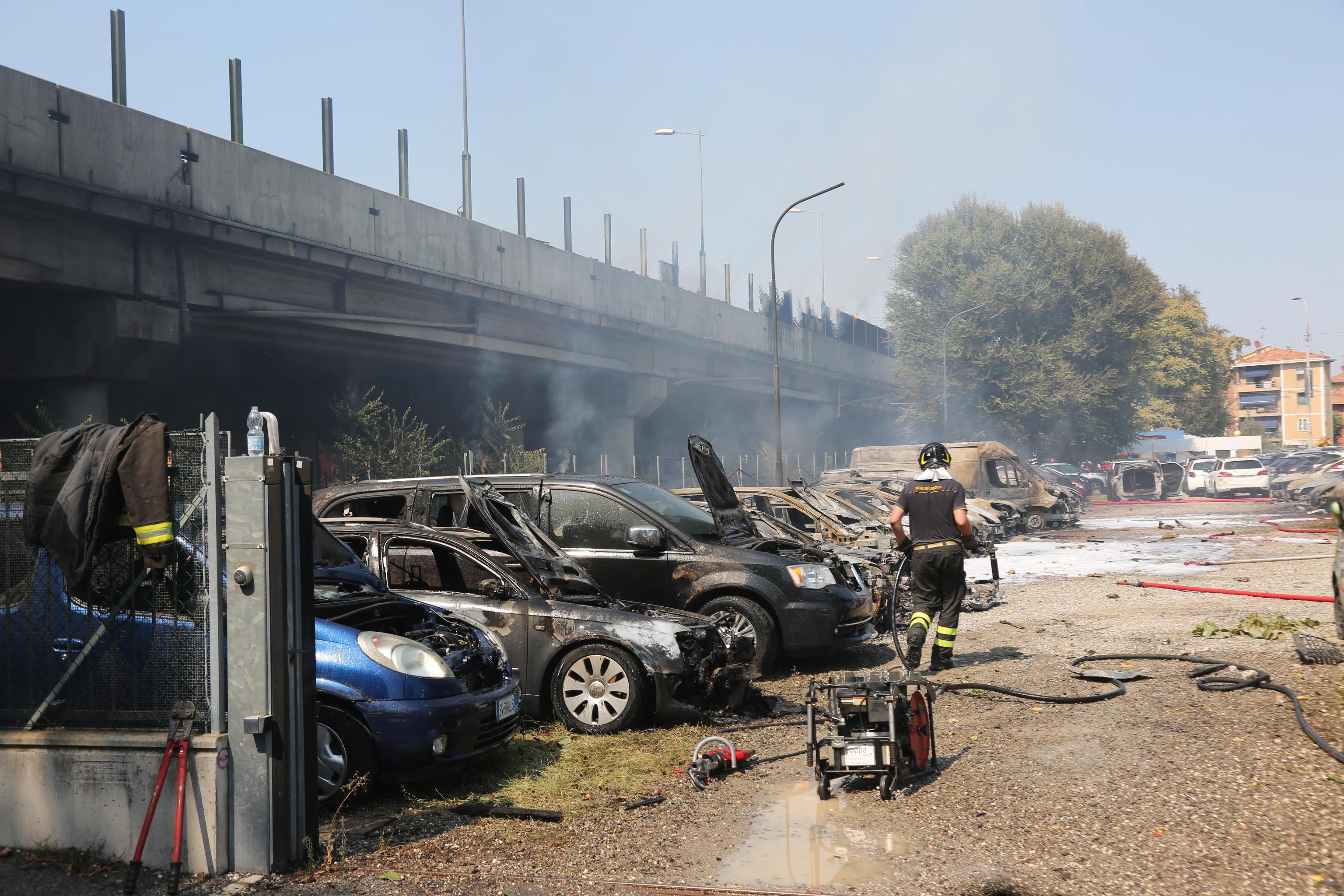 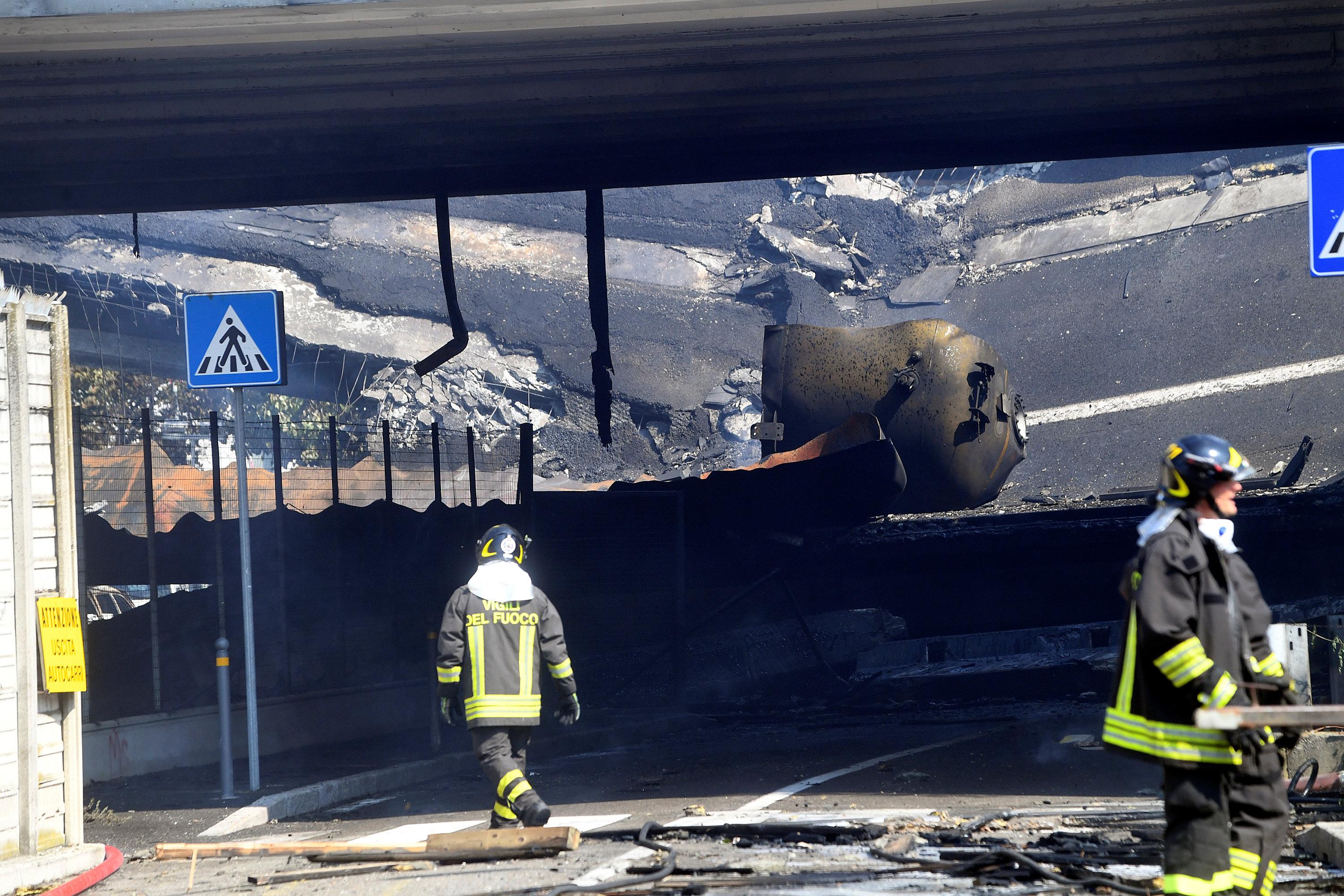 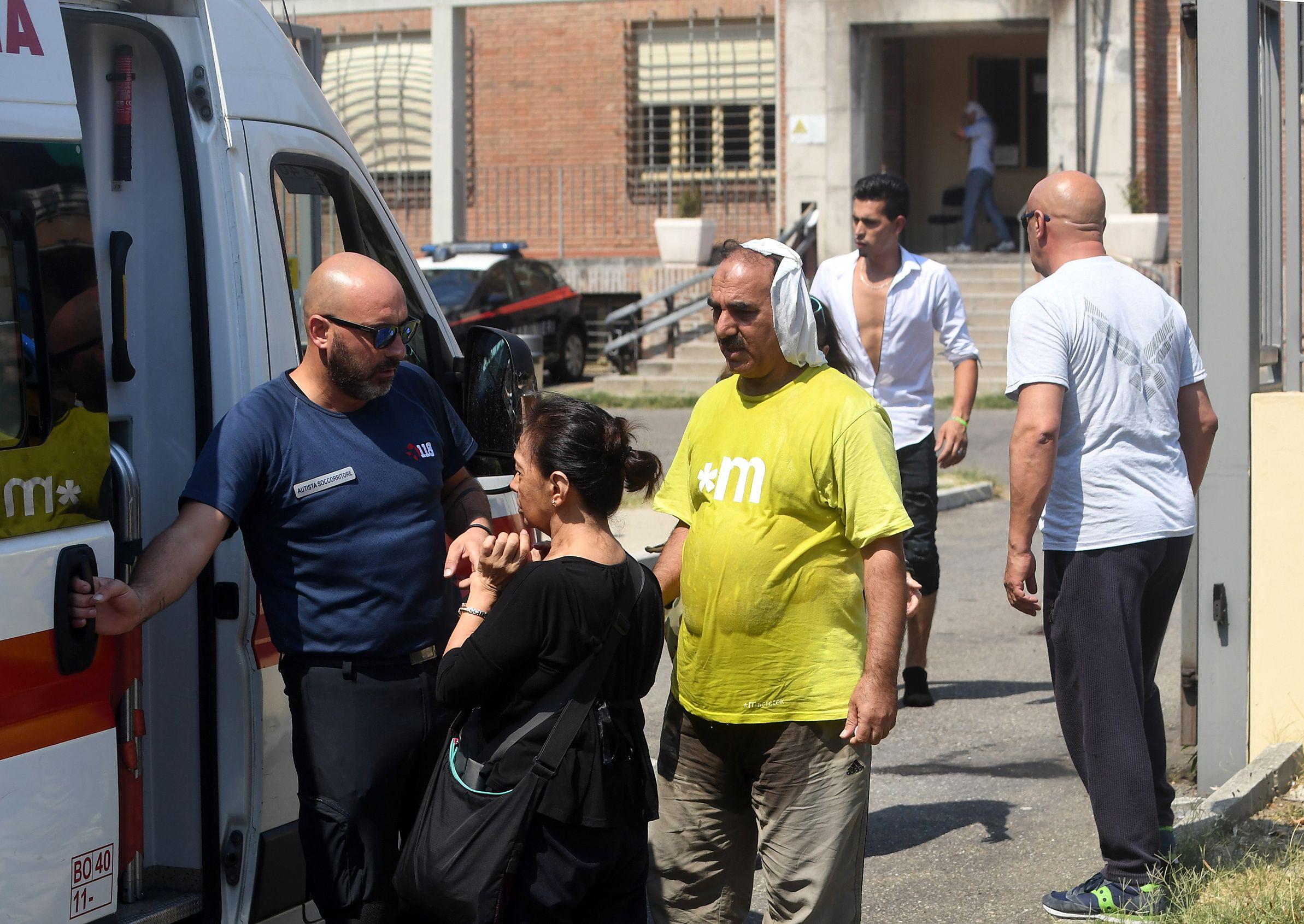 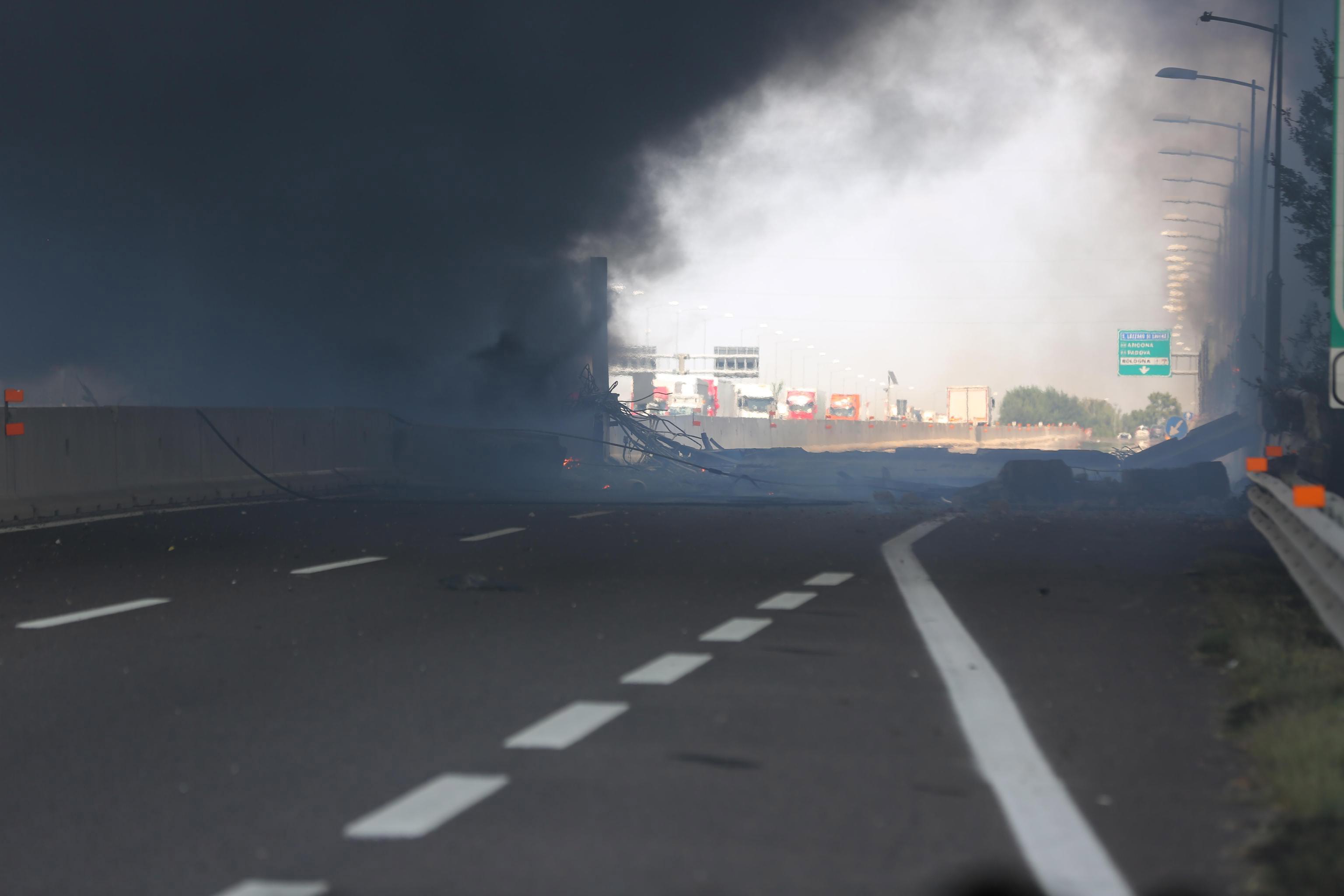 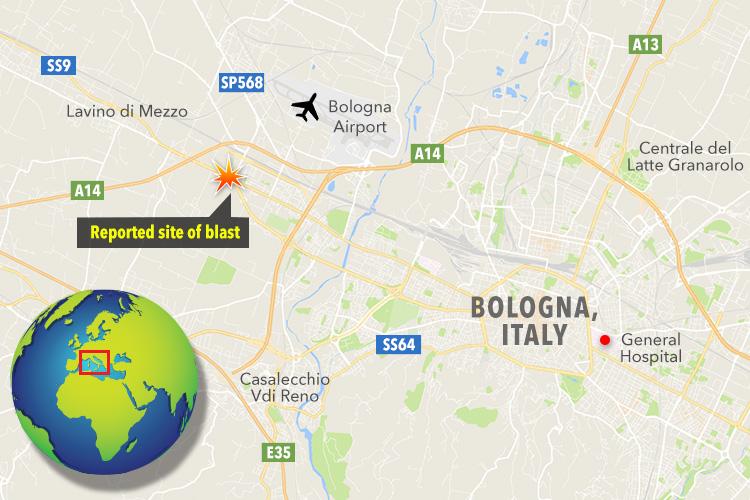 Police said in a statement on Twitter: "Due to an accident on the highway, an explosion occurred resulting in a fire at Via Marco Emilio Lepido.

"Circulation compromised, not only on the motorway, but also in the Borgo Panigale area."

The airport said the explosion happened outside and was not affecting planes, tweeting: "Huge explosion on the Bologna motorway, Bologna airport is not involved, flights are running regularly."