‘Chequers deal means victory for EU!’: Boris Johnson slams Theresa May over Brexit compromise and says scandal of leaving Europe is ‘not that we’ve failed… but that we’ve not even TRIED’

Boris Johnson has launched a scathing attack on Theresa May’s Brexit strategy, saying the PM had ‘gone into battle with the white flag fluttering’.

The former Foreign Secretary said the UK was ‘lying flat on the canvas’ in withdrawal talks, saying the ‘scandal’ of Brexit was ‘not that we’ve failed but that we have not even tried’.

Mr Johnson’s latest intervention is likely to increase pressure on Mrs May, who has come under fire over her Chequers proposals to align UK standards on goods to the EU.

The former London mayor, who resigned over the Chequers compromise along with former Brexit secretary David Davis, wrote in his Telegraph column that the negotiations were a ‘fix’ which could only lead to victory for Brussels. 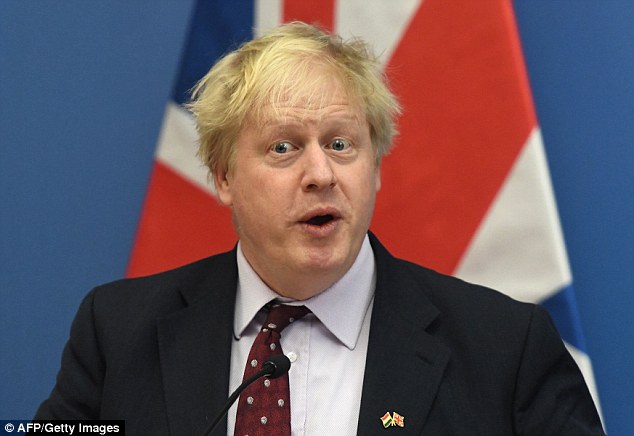 Boris Johnson (pictured) has launched a scathing attack on Theresa May’s Brexit strategy, saying the PM had ‘gone into battle with the white flag fluttering’

He said: ‘Out of their corners come Dominic Raab and Michel Barnier, shrugging their shoulders and beating their chests – and I just hope you aren’t one of those trusting souls who still thinks it could really go either way.

‘The fix is in. The whole thing is about as pre-ordained as a bout between Giant Haystacks and Big Daddy; and in this case, I am afraid, the inevitable outcome is a victory for the EU, with the UK lying flat on the canvas and 12 stars circling symbolically over our semi-conscious head.’

Mr Johnson accused ‘some members’ of the Government of deliberately using the Irish border situation to ‘stop a proper Brexit’ and effectively keep Britain in the EU.

The blistering intervention comes as Mrs May faces growing opposition on Tory benches to the Chequers Cabinet compromise on the Brexit strategy which triggered the resignation from the Government of Mr Johnson.

With Parliament returning from recess on Tuesday, the PM is expected to face pressure to change course from Tory hardliners amid claims that election strategist Sir Lynton Crosby is involved in a ‘chuck Chequers’ campaign.

But Mr Johnson said Britain faced getting ‘two thirds of diddly squat’ for its divorce bill. 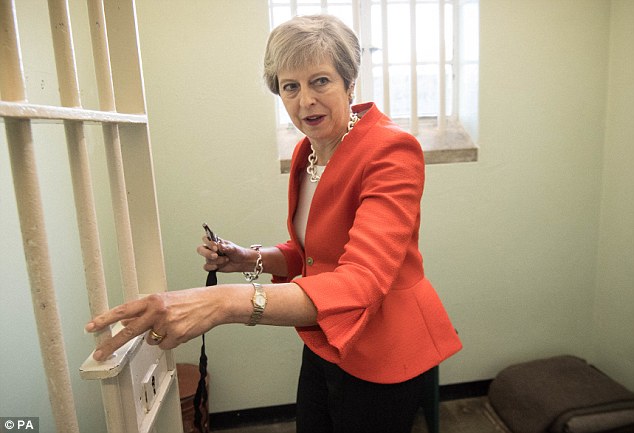 Mr Johnson’s latest intervention is likely to be seen as the start of a bid to oust Mrs May (pictured), who has come under fire over her Chequers proposals to align UK standards on goods to the EU

He said: ‘They may puff about ‘cherry-picking’ the single market. There may be some confected groaning and twanging of leotards when it comes to the discussion on free movement.

‘But the reality is that in this negotiation the EU has so far taken every important trick.

‘The UK has agreed to hand over £40 billion of taxpayers’ money for two thirds of diddly squat.

‘We will remain in the EU taxi; but this time locked in the boot, with absolutely no say on the destination. We won’t have taken back control – we will have lost control.’

The comments followed claims from former Brexit secretary David Davis that Mrs May had positioned herself for ‘open sesame’ on further Brexit climbdowns after saying she would not be pushed into compromises ‘that are not in our national interest’.

Mr Davis branded the Chequers blueprint as being ‘actually almost worse than being in’ the EU.

In another sign of Cabinet tensions, International Development Secretary Liam Fox took a swipe at the Treasury over gloomy predictions on the consequences of a no-deal scenario.

Dr Fox told the BBC: ‘Can you think back in all your time in politics where the Treasury have made predictions that were correct 15 years out, I can’t, they didn’t predict the financial crisis that happened, no-one could.

‘So this idea that we can predict what our borrowing would be 15 years in advance is just a bit hard to swallow.

‘To say what a GDP figure would be 15 years ahead is not a predictive power that I’ve known the Treasury to have in my time in politics … I don’t believe it is possible to have a 15-year time horizon on predictions on GDP.’