BORIS Johnson would seize victory in a snap election with a Commons majority – as a poll shows he's twice as popular as Jeremy Corbyn.

The sitting PM was chosen by 38 per cent of voters as the best candidate for the job compared to the Labour leader, who was backed by just 17 per cent in the latest Comres survey. 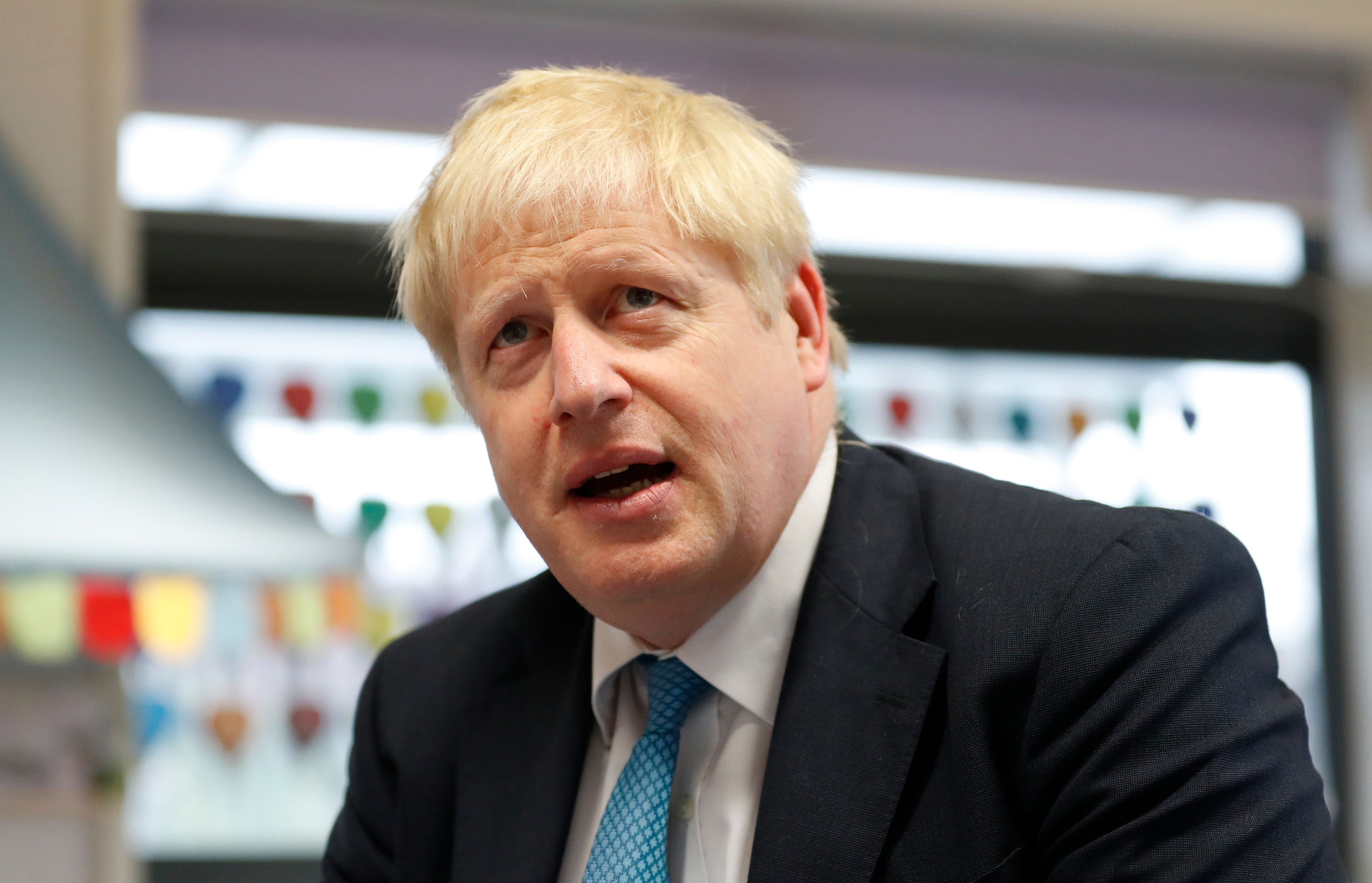 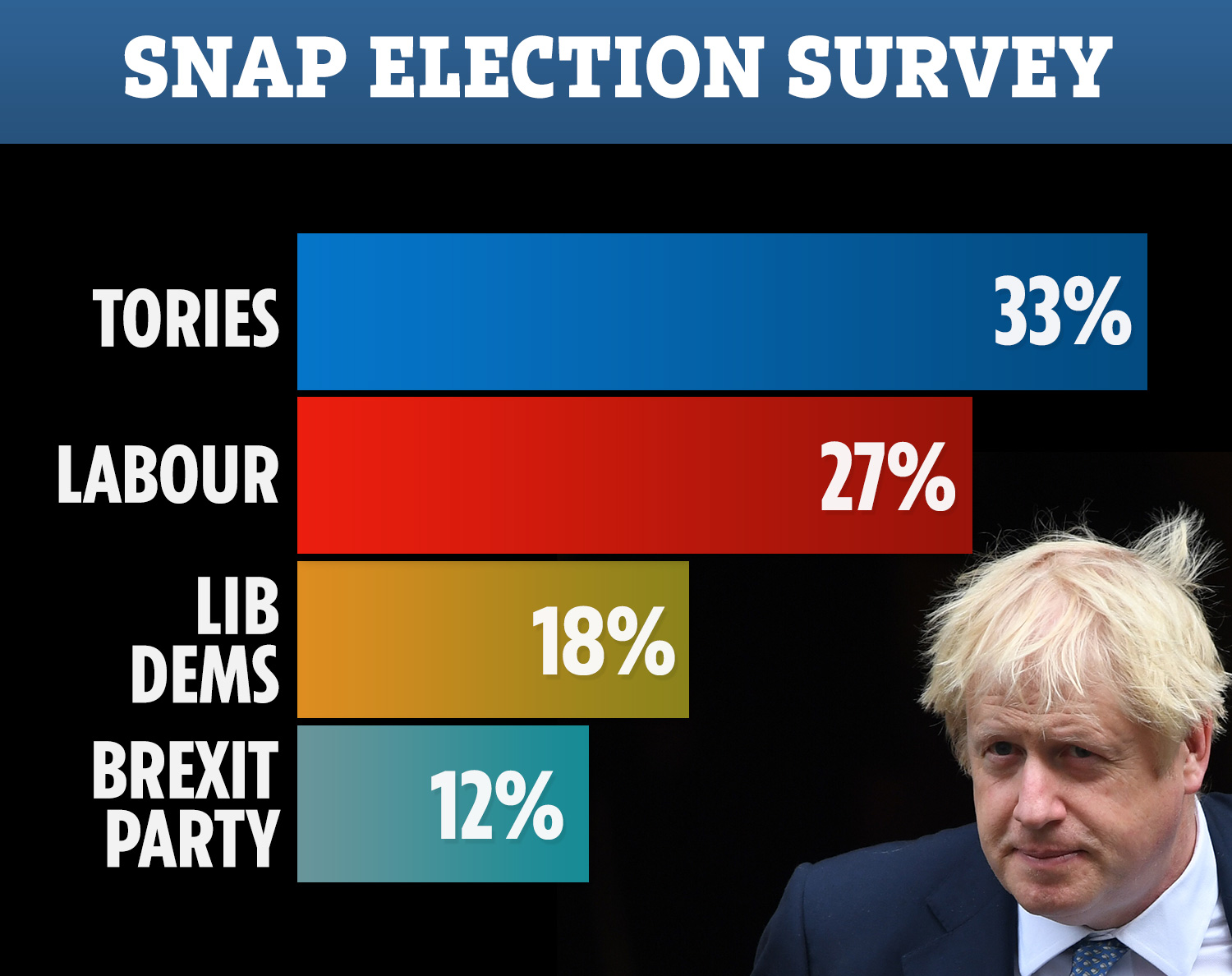 And one in three voters, 33 per cent, would support the Conservatives if an election was called compared with 27 per cent for Labour.

The opinion poll, commissioned by the Daily Express, appears to show a boost in support for the PM just as Brussels chiefs declared a deal was possible in just days.

'NOT A DONE DEAL'

The EU has given the go-ahead for 48 hours of intense debate to hammer out an agreement ahead of a vital summit on Thursday.

Boris has welcomed the green light from Brussels chiefs – but admitted it is not yet a "done deal".

The PM added: "It’s important now that our negotiators on both sides get into proper talks about how to sort this thing out."

Boris yesterday appeared to talk the DUP into a major climbdown.

The Ulster unionist party — whose votes prop up the PM’s minority government — previously refused to accept any new customs checks down the Irish Sea.

But in what looked like a major shift last night, its boss Arlene Foster refused to torpedo the plan that was brainstormed by Boris and Ireland’s Leo Varadkar on Thursday.

Talks are now in the "tunnel" phase – which means teams have settled the main issues in principle but have to thrash out the details. 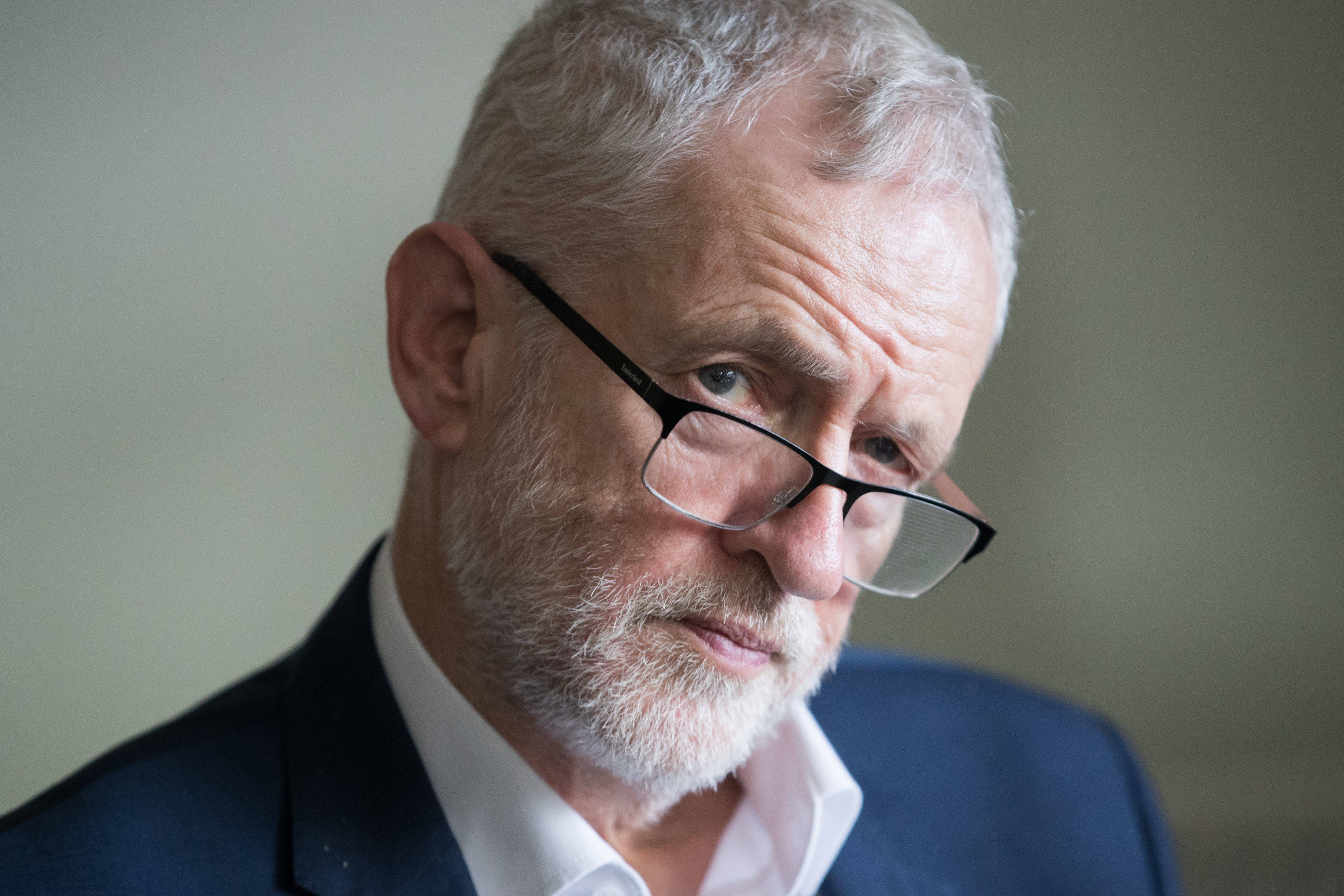 EU chiefs set a new deadline of next Tuesday afternoon for a full and workable plan to be agreed, leaving just four days for British and EU negotiators to crack it.

Talks on the UK’s plan will continue over the weekend and EU ambassadors have been put on standby for Sunday evening in case they break down.

But one EU source said Mr Barnier and and Mr Tusk are “carefully optimistic” about securing a deal.

Brussels officials said there is virtually no chance of an agreement being ratified before October 31 but that only a short extension would be needed.

Boris has so far remained tight-lipped over whether his plan would mean Northern Ireland leaving the EU Customs Union.

But he did say: “Under no circumstances will we see anything that damages the ability of the whole UK to take full advantage of Brexit.”

Next weekend will see Johnson hold a "Super Saturday" – with MPs potentially sitting for seven days to secure an EU exit.

The last time Parliament sat on a Saturday was when Argentina invaded the Falkland Islands in 1982 – and would be only the forth time in 80 years.