‘He’s just a spoilt kiddie who is used to people pandering to him’: Bouncer in Ben Stokes affray trial blasts ‘arrogant’ England cricketer who ‘told him his gold teeth made him ‘look like a c***”

A bouncer who appeared as a witness in the Ben Stokes affray trial claims the England cricketer acted like a ‘spoilt child’ who is ‘used to people pandering to him’.

Stokes, 27, was cleared of affray last week, despite CCTV footage showing him knock out two revellers on a Sunday night in Bristol after a one-day victory over the West Indies.

Andy Cunningham recalls how he refused to let the all-rounder into the Mbargo club after its 2am closing time despite the pleas of Stokes who then poked fun at his £2,500 set of gold teeth. 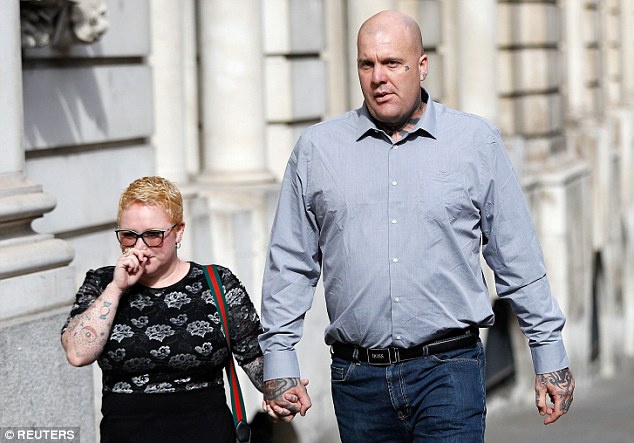 Andy Cunningham, pictured arriving at Bristol Crown Court, claims the cricketer acted like a ‘spoilt child’ and had abused him outside the club 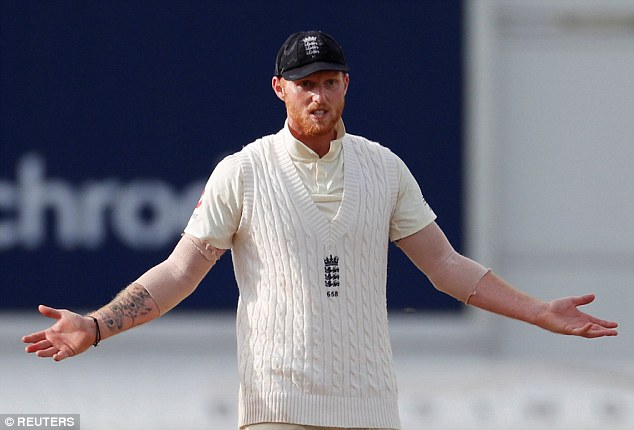 Stokes, 27, was cleared of affray last week, despite CCTV footage showing him knock out two revellers

Speaking to The Sun, he said: ‘He’s just a spoilt kiddie who is used to people pandering to him.’

‘He is just not a nice bloke. He’s got the money and the fame, he’s happy and he doesn’t care who he hurts in the process.

Mr Cunningham said he refused to let the cricketer into the nightclub despite pleas from Stokes and his England teamate, Alex Hales.

Mr Cunningham of Weston-super-Mare, said he refused the pair’s £300 offer to let them into the club.

He added that after he refused the offer, Stokes started to get more irate.

He said that the club is often visited by celebrities like Alan Carr, TV stars and rugby players who are mostly ‘humble, polite and nice’ unlike Stokes who ‘didn’t like to be told no’. 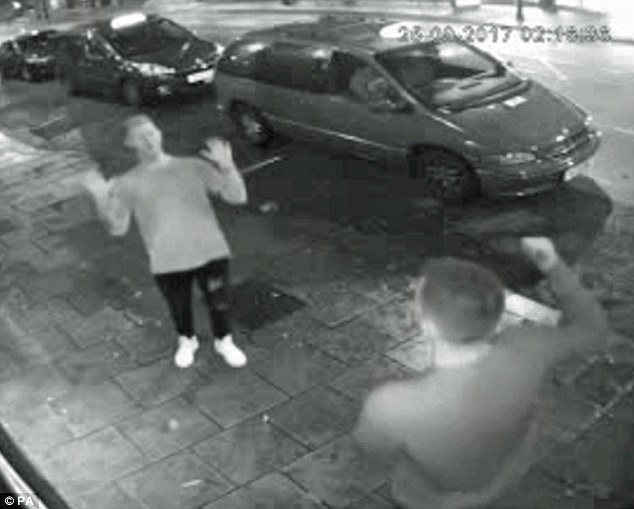 Mr Cunningham used to do security at cage fighting matches and has been a doorman in Bristol for five years after moving from Chelmsford, Essex.

His body is 90 per cent covered in tattoos and he bought gold teeth to replace ones he lost playing rugby and in an accident.

Stokes was allowed to return to cricket after his 11-month ordeal and took to the field at Trent Bridge today against India.

Mr Cunningham, who is 6ft 4in and 19st, said during the fracas he got a bit annoyed and told Stokes if he wanted to fight someone he could fight him.

He claims that Stokes wouldn’t look at him after that and after 20 minutes of abuse and taking the p*** out of people Stokes offered to shake hands with him.

Durham star Stokes was accused of affray along with clubber Ryan Hale, 27, and his pal Ryan Ali, 28. Batsman Hales was not charged.

Stokes and Ali were cleared following a six-day trial at Bristol crown court. Mr Hale was acquitted the week before.