Home » World News » Boy, 10, rushed to intensive care after being bitten by a venomous snake on path next to popular Dorset beach

Lewis Paxman was holidaying with family on the Isle of Purbeck in Dorset when a venomous adder slithered out of undergrowth and bit him on the left foot. 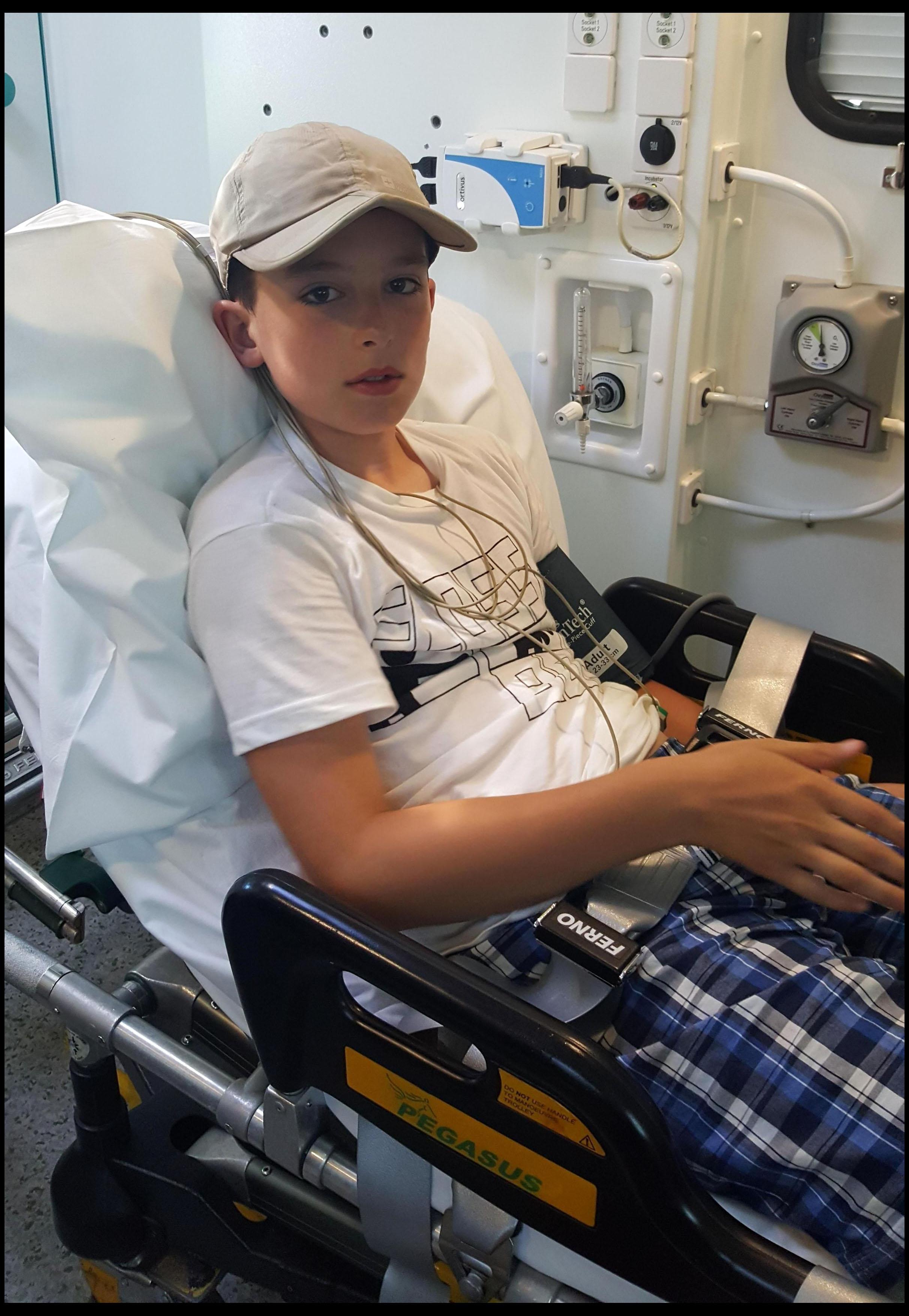 The bite led his left leg dramatically swelling up and caused him to be sick.

Lewis was taken to hospital by ambulance where he was given anti-venom, painkillers and antibiotics before being admitted to intensive care.

He spent five nights in hospital and even when he was released the swelling was still so severe he had use a wheelchair.

His mum, Sarah, 38, from Bury St Edmunds, Suffolk, said Lewis thought he was going to die after he realised he had been bitten by the foot long snake. 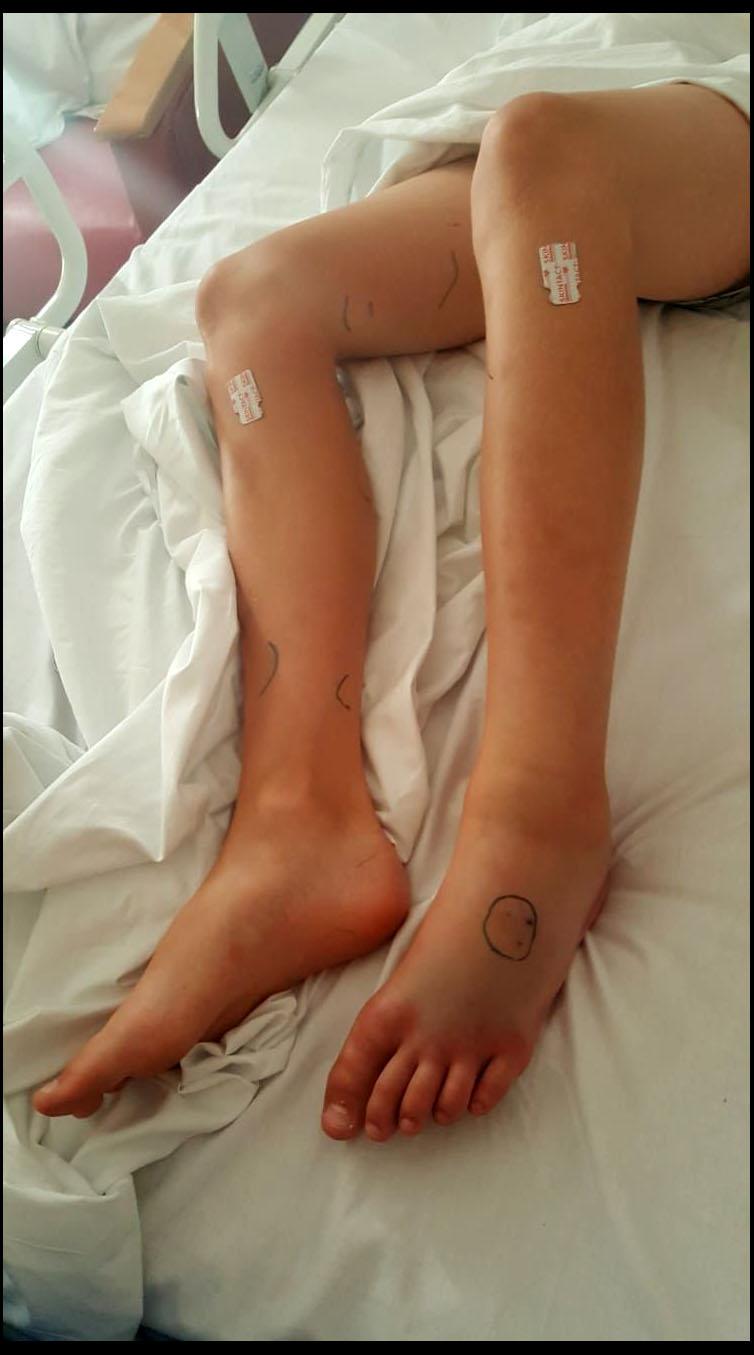 She is urging holidaymakers to wear trainers when out walking in grasslands as Lewis had sandals on when he was bitten.

"We spent the morning on Studland Beach and Lewis, his father and grandfather went for a walk to Agglestone Rock when on the way back he must have trod on the adder on the sandy path which came out of nowhere.

"Lewis didn't see it until it was too late. At first he thought he had been scratched by brambles but his grandfather then saw the adder which he recognised by its distinctive zigzag pattern on its skin.

"His father called for 999 straight away and Lewis became very distressed, he thought he was going to die. 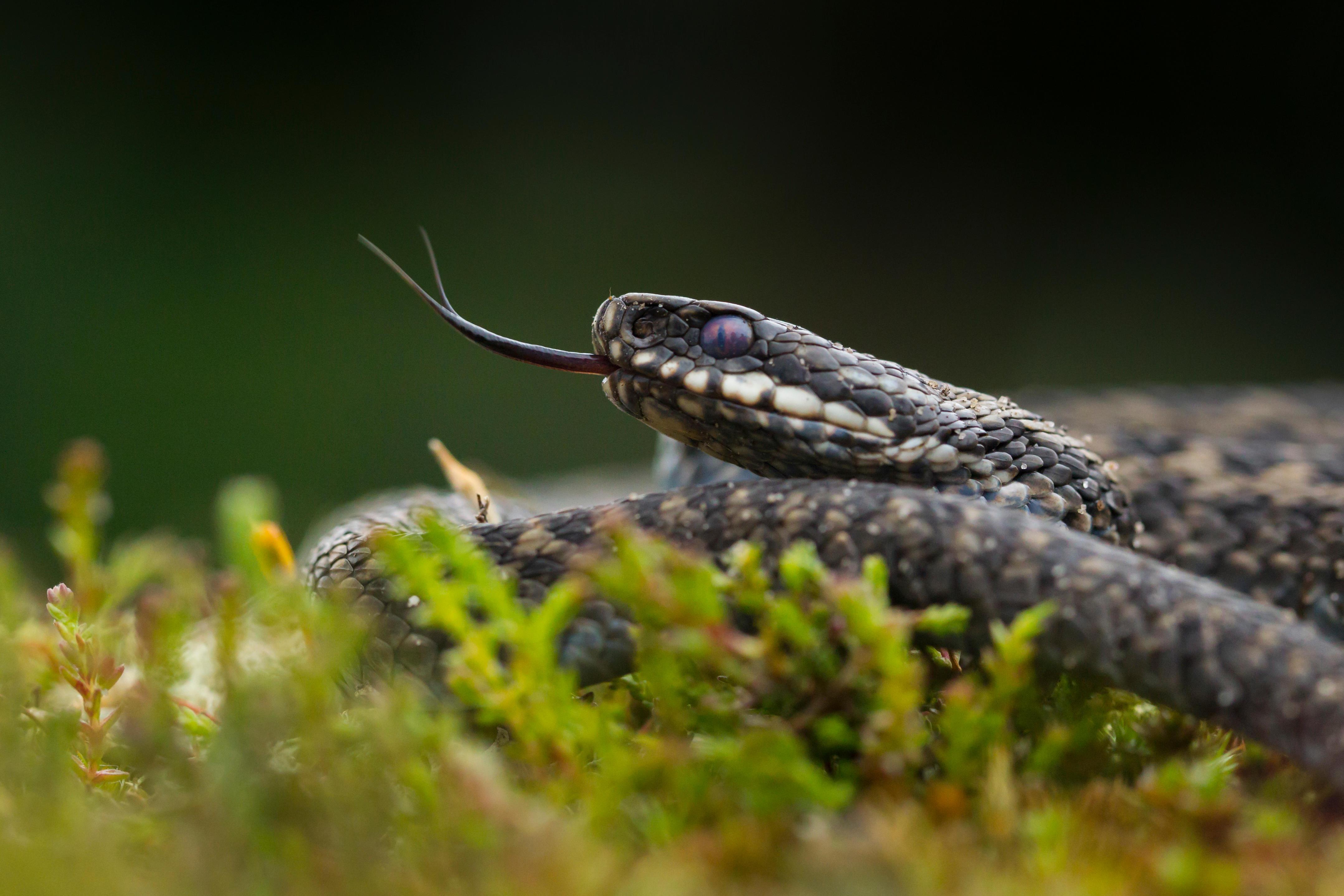 "They started to walk up towards the road but the call handler told us to make Lewis lie down while we waited for the ambulance to arrive.”

Mrs Paxman said the youngster’s dad flagged down a passing ambulance which took him to hospital, by which time his leg was badly swollen.

"He was kept in intensive care overnight to monitor his heart and spent another four nights in hospital.

"Even after he was discharged there was still a lot of swelling and Lewis had to rely on a wheelchair to get around for a week."

Lewis had been holidaying with his mother, father Oli, grandfather Neil Paxman and eight-year-old sister Matilda on August 3 when he was bitten during a walk between Agglestone Rock and Knoll Beach.

"We've been told there may have been more adders out because of the summer heatwave as they enjoy basking in the sun,” she said.

Adders are cold blooded, so they need the warmth of the sun to give them energy, which is why they can sometimes found in the sun.

Dorset Wildlife Trust has advised people walking on heathland from March to September to wear sensible shoes, keep to paths and carry a mobile phone to call for help.

People who get bitten should go straight to hospital.

Adders are the only venomous snake native to Britain, but no-one has died from an adder bite for more than two decades.

With proper treatment the worst effects are nausea and drowsiness, followed by severe swelling and bruising in the area of the bite.