Home » World News » Boy, 5, dies in crash with lorry after 'cycling across the street'

Boy, 5, dies in horror crash with lorry after ‘cycling his Spider Man bike across the street’

A five-year-old boy has been killed after a lorry smashed into him while on his Spider Man themed bike.

It has been reported that the young child was fatally hit by the HGV lorry as he cycled across the street  on West Bromwich Road, Walsall in the West Midlands, this morning.

The road was cordoned from 10.30am and was kept closed off for most of the day, with people told to avoid the area while specially-trained forensics officers inspected the scene. It has since reopened for motorists.

Experts were seen inspecting the five-year-old’s small orange and blue bike this afternoon.

The large HGV lorry was understood to have been carrying food waste. 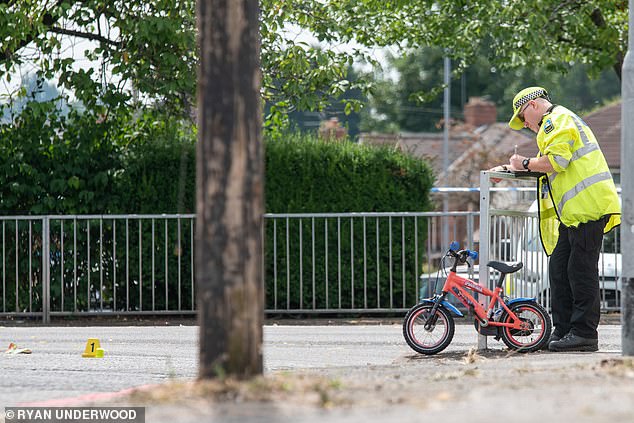 A five-year-old boy has been killed after a lorry smashed into him while on his Spider Man themed bike on West Bromwich Road, Walsall, in the West Midlands (pictured)

Locals who were at the scene following the tragedy told BirminghamLive that they were supporting the boy’s family following the accident.

One said: ‘I heard sirens earlier today. It’s so sad what has happened, that poor boy.’

Another said: ‘I’ve heard that a young lad has died. It’s just so very sad.’

A resident, who remained anonymous, added: ‘I’m not sure what happened but this road can be so dangerous.’

West Midlands Police have been contacted by MailOnline for comment.

Only yesterday, a woman was arrested after a six-month-old baby boy was killed in a two-car collision.

The incident happened on Cherry Tree Avenue at 6.45pm on Wednesday. The infant was a passenger in a blue Ford Focus which was badly damaged in he incident.

According to Essex Police: ‘A six-month-old boy was taken to hospital but sadly did not survive his injuries. His family are being supported by specialist officers.’ 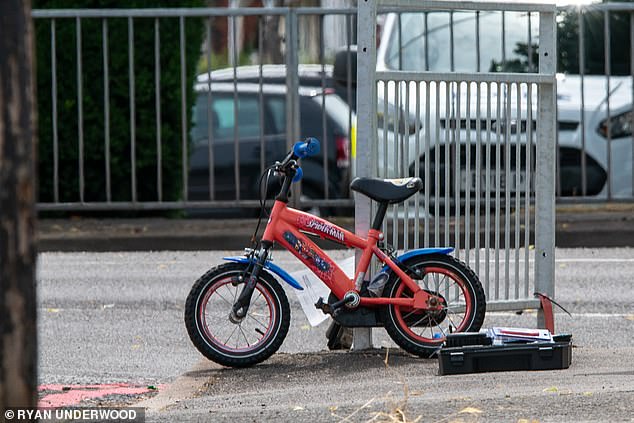 And tragically on Friday, a three-year-old boy who died after a collision with a tractor on a farm in the Tottington area of Bury has been named as Albie Speakman.

Greater Manchester Police were called by North West Ambulance Service shortly before 12.45pm on Friday 15 Jult after an ambulance had been signalled to stop by a vehicle carrying a seriously injured three-year-old child on Rochdale Old Road.

Officers attended and the boy was tragically pronounced dead by paramedics before he could be taken to hospital.

Albie’s mother Leah described her son as an incredibly loving, affectionate and caring boy who just wanted everyone to be happy.