That takes the cake! Boy, four, spends £600 ordering his favourite ice creams and a birthday cake while playing with his dad’s phone

A four-year-old Australian boy left his parents speechless after he ordered $1,139 (£613) worth of ice cream and birthday cake on Uber Eats after his father gave him his phone to keep him entertained.

Christian King, from Sydney, bought several cakes – including a birthday cake for himself – as well as at least eight 1.5 litre tubs of ice cream from Gelato Messina on Monday.

His father, Kris King, had given Christian his phone to keep him busy while his sister played touch football. But it was during this time that the youngster was ordering a feast.

‘He ordered two of the tiramisu, two of the mushroom cake, the chocolate log, he chose the ones he wanted. He didn’t choose randomly,’ Kris told The Guardian. 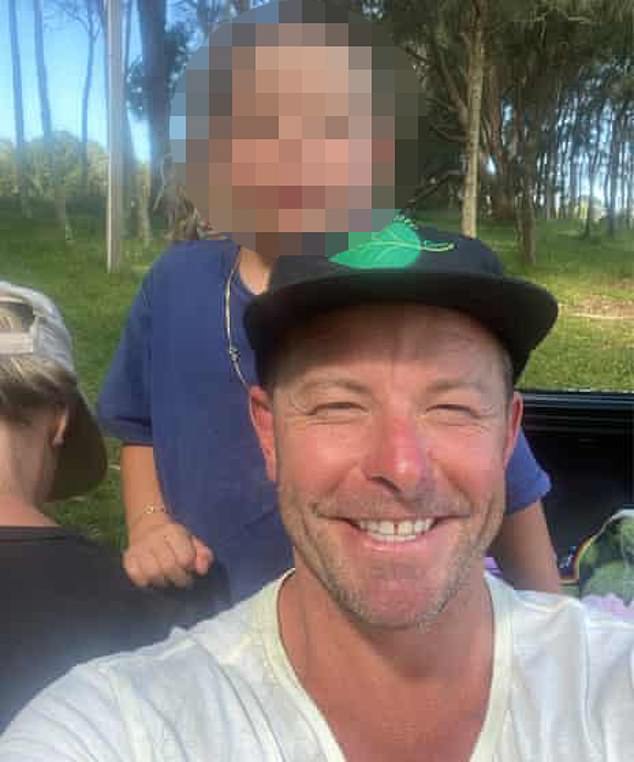 Christian King, from Sydney, bought several cakes – including a birthday cake for himself – as well as at least eight 1.5 litre tubs of ice cream from Gelato Messina on Monday. Pictured: Christian with his father Kris King

‘He also ordered eight or nine 1.5 litre tubs of strawberries and cream and double dolche gelato. It’s a little cheeky boy just ordering what he liked.’

Kris said his son told him he had something ‘on the way’, but he had no idea the order had been placed until an UberEats delivery driver called his wife to let her know he had arrived with the boxes of food.

The youngster had set the delivery address to Newton Fire Station in Sydney, where Kris works as a fireman, so the swindled parent had to drive to pick up the surprise order.

The firemen on duty had accepted the order thinking it was a treat and reportedly cleared space in the fridge for the food.

‘I flicked through the screen about 30 times. That’s how long the order was, it was like 99 cakes.’ 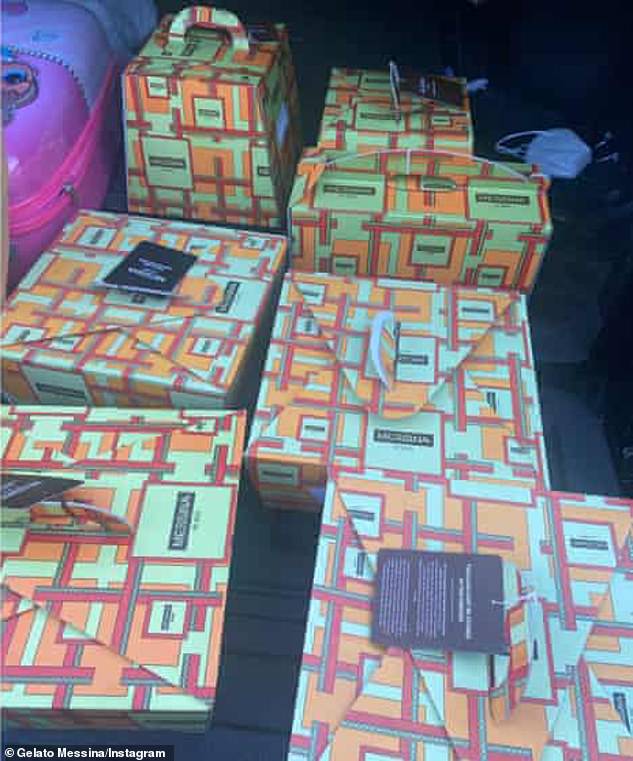 Kris added: ‘He actually told me he ordered a birthday cake for himself, and I didn’t even believe it.

‘I had steam coming out of my ears first of all, screaming his name down the street. He ran to his room before I told him so.’

Kris said it is Christian’s birthday next month and he believes the youngster was planning ahead.

‘We order stuff off UberEats every day, and he’s obviously seen us do it all the time, but he’s never done it and submitted it. $1,200 later, it was a big shock to the system.’

Uber Eats agreed to refund the massive order when Kris and his wife explained the situation.

Kris said: ‘[UberEats] weren’t aware of anything wrong, but really we thought there should have been something in place. It was a very unusual order.

‘We thought someone would question a $1,000 order of random things, and a personalised birthday cake that said happy birthday.’

The father had initally told Christian that Father Christmas wouldn’t visit this year because of his huge order – but after Uber Eats said they would refund the money, Kris has told his son that Santa will come after all.

‘The icing on the cake was when UberEats said we’ll give you your money back. He’s back in the good books and Santa is coming again,’ Kris said.