A feisty young shop assistant has been praised after she engaged in a tug-of-war with a bike thief — while her male colleague just watched.

The crook tried to walk a bicycle out of a Decathlon shop in Coventry when an alert worker ran after him and grabbed hold of the it to stop him leaving.

A CCTV camera covering the front entrance caught the moment she wrestled the bike from the thief.

Footage was uploaded to Facebook page Spotted Coventry City captioned: ‘Any information about this gentleman would be appreciated. 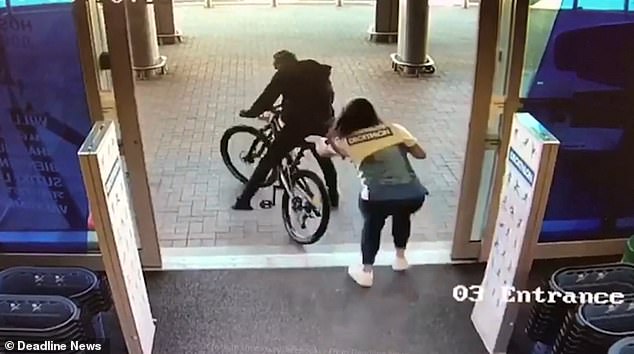 ‘Also does anyone know the two women at the end as the young girl would like to thank them both personally.’

The video shows the thief walk out of the store pushing the bicycle. As he gets on and starts to ride away the female employee sprints out to stop him.

A tussle starts as another employee watches on in disbelief. The woman is able to wrestle the man but as the thief becomes more aggressive she finds it harder to stand her ground.

While her colleagues gather to watch two other bystanders approach to intimidate the man in to letting the bike go. 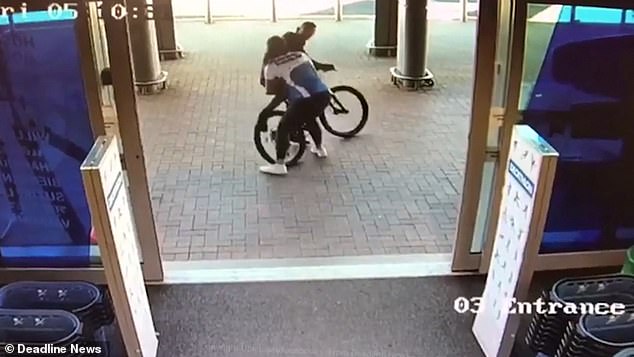 The thief tried to ride the small bicycle out of a Decathlon store in Coventry, but was quickly caught out 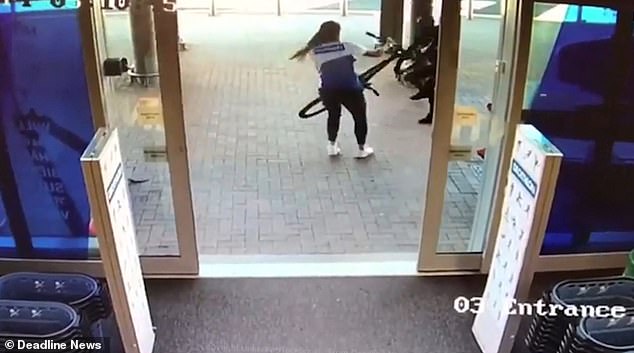 A feisty shop assistant would not let him get away and held on to the bike, eventually taking it off him

As he lets it go he follows the girl back in to the store before he tries to jump back on it and quickly ride away.

His plan is foiled, however, when the employee and two aides hold firm.

The raging thief finally gives up his pursuit and walks away from the store — waving his arms in the air in frustration and disbelief.

Comments under the post praised the woman’s actions in the video while others criticised her colleague for not helping her. 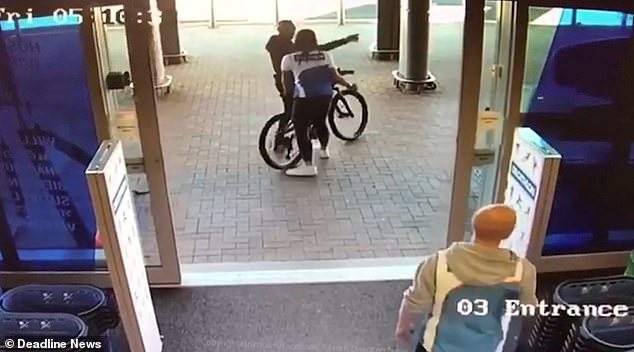 The man did not give up, however, and tried again to take the bike off the shop assistant 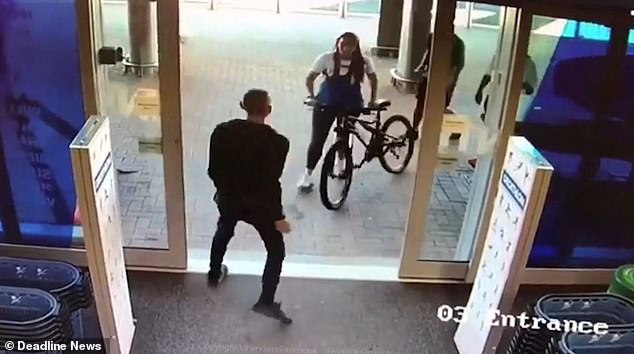 Gaucas JP said: ‘Very brave girl I commend her for having bigger balls and a spine.

‘Unlike the two jellyfish staff members who didn’t help her.’

Michelle Peters added: ‘Can’t believe how that young girl was on her own and no one helped in the beginning!’

Paulette Dane wrote: ‘Was that a man walking away and leaving the woman to fight him on her own. Wow… fair play to her, she didn’t give in.’ 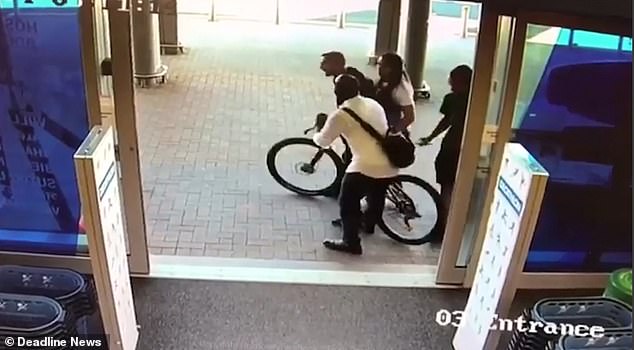 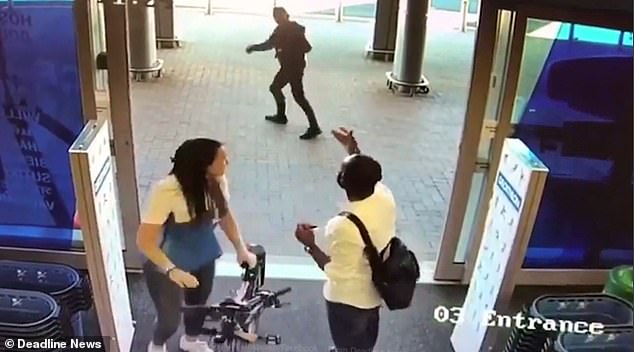 Eventually the man gives up after the long battle and walks, not cycles, away from the store

Although some commenters feel the employee was ‘silly’ for trying to stop the crook.

Michelle Pollock said: ‘I’m not surprised her co-workers didn’t help her. She’s silly for doing that. It could have ended very badly. Don’t be a hero for the sake of a couple of hundred pound bike.’

Jc Osborne added: ‘Though I commend her, it was not what she is meant to do, he could have pulled a knife or anything, the bike is insured, but if she was deemed reckless by the insurance company she wouldn’t receive anything.’