BREAKING NEWS: Trump strips ex-CIA chief John Brennan of security clearances for ‘wild outbursts on the Internet’ and orders review of other Russia critics – including Comey and Peter Strzok

President Donald Trump is stripping former CIA chief John Brennan of his security clearance, in an extraordinary slap at one of his foremost public critics.

She pushed back at repeated questioning about why each of the officials has been a prominent Trump critic or otherwise features in the Russia probe.

Among the offenses the statement cited were that Brennan ‘leveraged his status’ and made ‘unfounded and outrageous allegations.’ She cited ‘wild outbursts on the Internet and television’ and ‘increasingly frenzied commentary’ – turning the tables on a critic just a day after the president called Omarosa a ‘dog’ on Twitter. 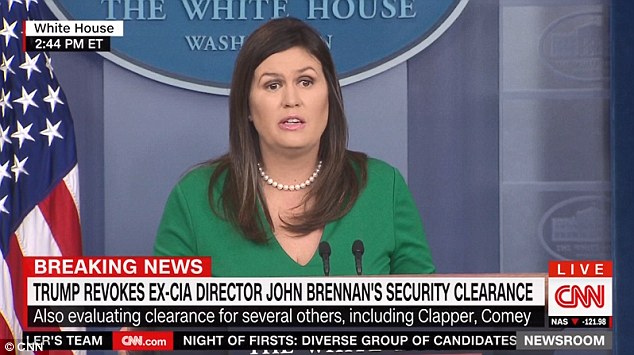 She also said a list of officials had their clearances ‘under review.’ Among them are fired former FBI director James Comey, fired FBI agent Peter Strzok, and current Justice Department official Bruce Ohr.

All are prominent Trump critics, and each has played a role in the Russia probe Trump has termed a ‘witch hunt.’

The conversation-changing move came a day after Sanders refused to guarantee from the White podium that Trump would not be found on video using the ‘n word’ an unproven claim from Omarosa’s new book.

It also came just hours after Sanders had to make an extraordinary apology after listing African American unemployment figures that were off by nearly 3 million. Her online apology was issued on Twitter, and she was not asked to explain or take account for it at the briefing. 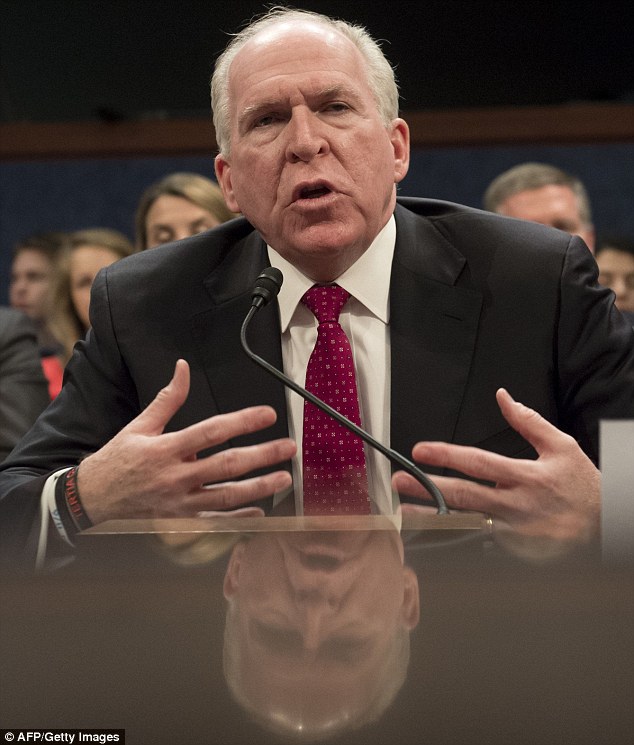 She fielded just a single Omarosa question as reporters in the room processed the unexpected information.

Brennan, among other things, has said on TV and online that Trump is being manipulated by Russian President Vladimir Putin. He was among a handful of officials who were present and briefed in the earliest stages of the government’s Russia probe of Trump officials during the campaign.

‘Any benefits that senior officials might glean from consultations with Mr. Brennan are now outweighed by the risk posed by his erratic conduct and behavior,’ Sanders said.

The move came after Brennan admonished Trump for calling Omarosa a ‘dog.’

‘It’s astounding how often you fail to live up to minimum standards of decency, civility, & probity,’ Brennan commented on Trump’s tweet. ‘Seems like you will never understand what it means to be president, nor what it takes to be a good, decent, & honest person. So disheartening, so dangerous for our Nation,’ he wrote. 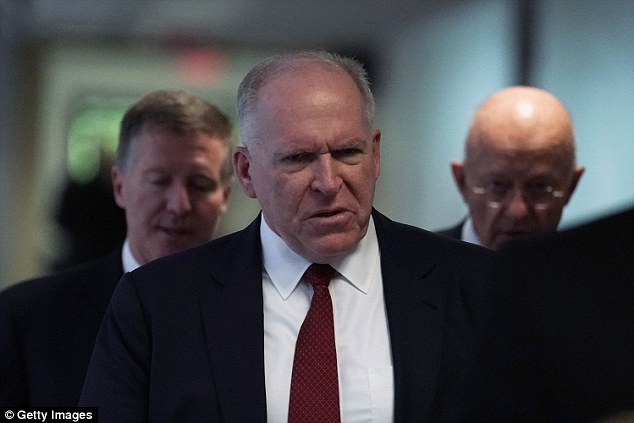 Brennan tweeted: ‘Donald Trump’s press conference performance in Helsinki rises to & exceeds the threshold of ‘high crimes & misdemeanors.’ It was nothing short of treasonous.’ 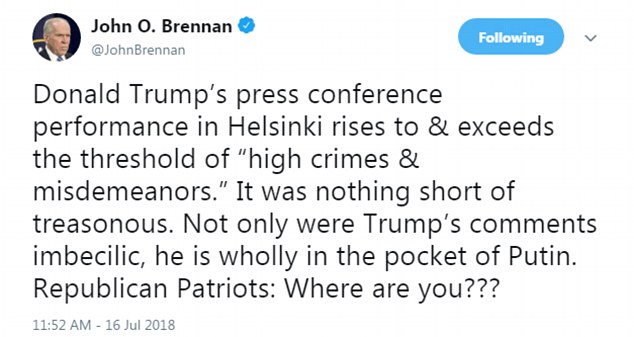 IMBECILIC: Brennan tweeted last month that Trump’s conduct with the Russian president was ‘treasonous’ and said he was ‘in the pocket of Putin’

Sanders laid out the case in a lengthy statement just as reporters were girding to press her on Manigault Newman’s secret tapings of Trump and his aides. 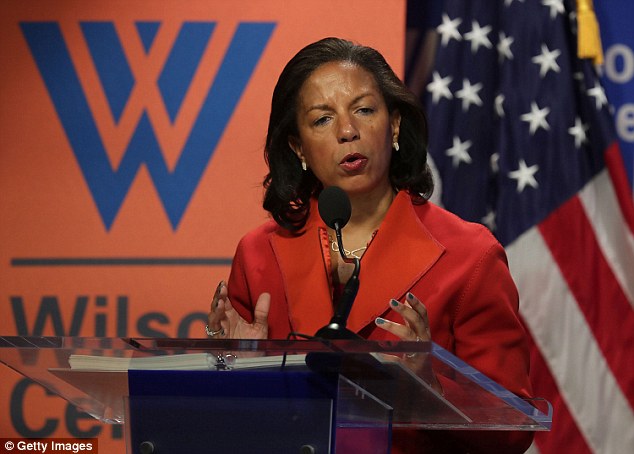 STEAMING: Former George W. Bush National Security Advisor Susan Rice is among those officials whose clearances are under review 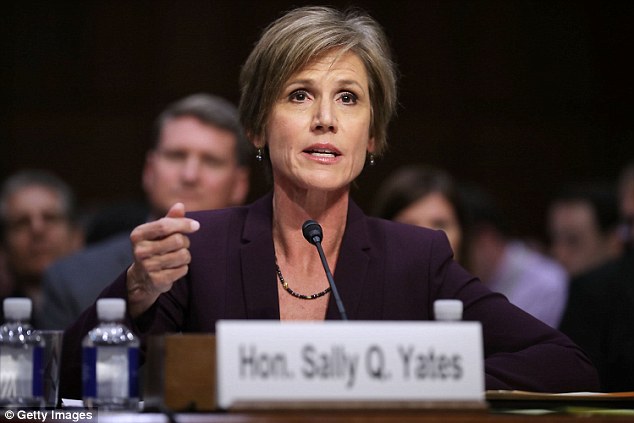 Former acting U.S. Attorney General Sally Yates is among those officials whose clearances are under review. She was fired after refusing to enforce a Trump policy Former CIA and NSA Director Gen. Michael Hayden has also criticized Trump and is under review 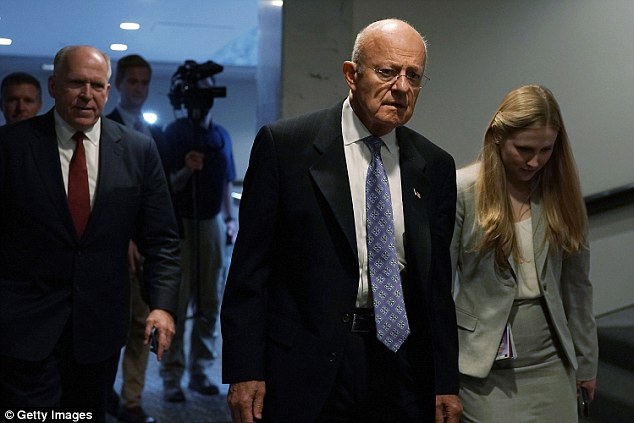 Brennan tweeted: ‘Donald Trump’s press conference performance in Helsinki rises to & exceeds the threshold of ‘high crimes & misdemeanors.’ It was nothing short of treasonous. Not only were Trump’s comments imbecilic, he is wholly in the pocket of Putin. Republican Patriots: Where are you???’

James Comey wrote a book ‘A Higher Loyalty’ about his time as FBI director and how Trump fired him. His firing resulted in the special counsel examining whether the president was obstructing the investigation into Russia’s role in the 2016 election.

Andrew McCabe, who was fired by the Trump administration, said of his firing: ‘I am being singled out and treated this way because of the role I played, the actions I took, and the events I witnessed in the aftermath of the firing of James Comey.’

James Clapper said in December of Trump and Putin’s relationship that Putin, a former KBG operative ‘knows how to handle an asset, and that’s what he’s doing with the president.’

Michael Hayden responded to a Trump tweet in November attacking CNN and praising Fox News with: ‘If this is who we are or who we are becoming, I have wasted 40 years of my life. Until now it was not possible for me to conceive of an American President capable of such an outrageous assault on truth, a free press or the first amendment.’

Susan Rice denied a report that she used intelligence for political purposes: ‘Absolutely not for any political purposes, to spy, expose, anything.’  She also denied leaking any information about former Trump National Security Adviser Michael Flynn: ‘I leaked nothing to nobody and never have and never would.’

‘Additionally, Mr. Brennan has recently leveraged his status as a former high-ranking official with access to highly sensitive information to make a series of unfounded and outrageous allegations,’ she continued. ‘Mr. Brennan’s lying and recent conduct, characterized by increasingly frenzied commentary, is totally inconsistent with access to the nation’s most closely held secrets and facilities.’

She added: ‘I have also begun to review the more general question of the access to classified information by government officials. As part of this review, I am evaluating action with respect to the following individuals: James Clapper, James Comey, Michael Hayden, Sally Yates, Susan Rice, Andrew McCabe, Peter Strzok, Lisa Page and Bruce Ohr. Security clearances for those who still have them may be revoked, and those who have already lost their security clearance may not be able to have it reinstated.’

Comey hasn’t had a security clearance for many months. McCabe, a former top FBI official, had his clearance deactivated when he was fired from the FBI, said his spokesman Melissa Schwartz when Sanders first said clearances were on the table.

John McLaughlin, the former Deputy Director of Central Intelligence, slammed the decision on MSNBC – and noted that the action could lead to a court case if Brennan wants to push the issue.

He said the message was: ‘Be careful what you say if you have a clearance and if you’re worried about having it revoked.’

The move comes as the White House also was reeling from criticism that it forced aides to sign non-disclosure agreements that prohibit them from disparaging the president.

Brennan was blasting Trump on the MSNBC airwaves shortly before Sanders announced the move.

He said Trump had ‘badly sullied’ the office of the presidency and ‘befriending of autocratic governments. He called Trump ‘the most divisive president we’ve ever had in the Oval Office.’

House Speaker Paul Ryan, who gets top level intelligence information as a leader, declined to get into the issue.

“This is something that is in the purview of the executive branch,” Ryan said. CNN reported that Director of Intelligence Dan Coates was not informed in advance of the decision.

Brennan also hit back at Trump after he tweeted that it may be ‘not presidential’ to call Omarosa a ‘lowlife’ but did so anyway.

‘You’re absolutely right. If you were “presidential,” you would focus on healing the rifts within our Nation, being truthful about the challenges we face, & showing the world that America is still that shining beacon of freedom, liberty, prosperity, & goodness that welcomes all,’ Brennan wrote.

‘When the full extent of your venality, moral turpitude, and political corruption becomes known, you will take your rightful place as a disgraced demagogue in the dustbin of history. You may scapegoat Andy McCabe, but you will not destroy America…America will triumph over you,’ he wrote.