Bring out the brollies and pull on the rain macs: Britain hit by rainy and blustery weather this weekend in the wake of Storm Bronagh but it is set to get drier and brighter next week

Londoners were pictured sheltering under umbrellas as rain spread across the south of England and parts of Wales on Saturday.

The north of England and most of Scotland have also experienced scattered showers with blustery rain in the far north of the country, but there was also bright and sunny weather in some parts of Scotland.

Wet and windy weather is expected early on Sunday with a yellow weather warning in place and heavy bursts of rain forecast for the south of England. 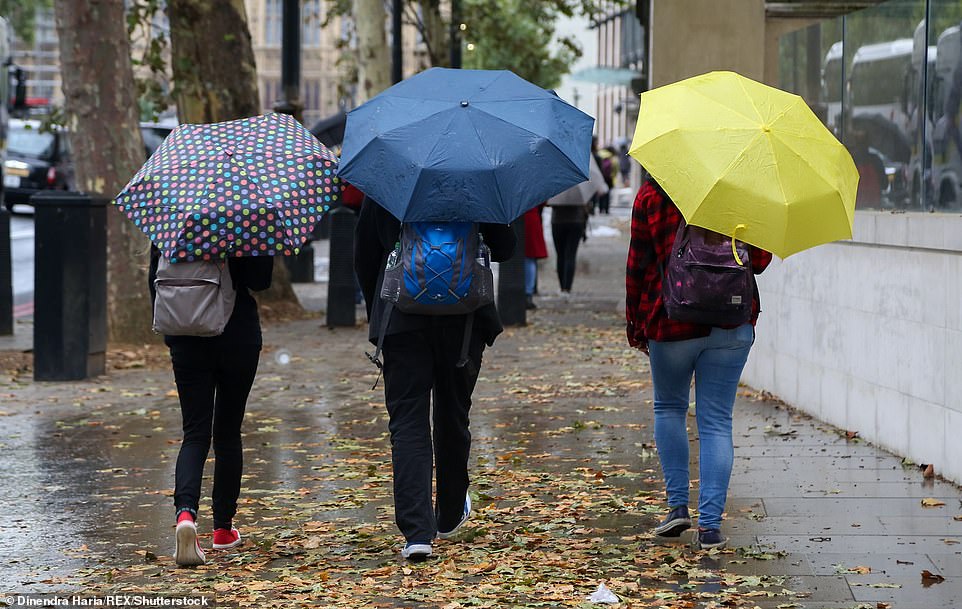 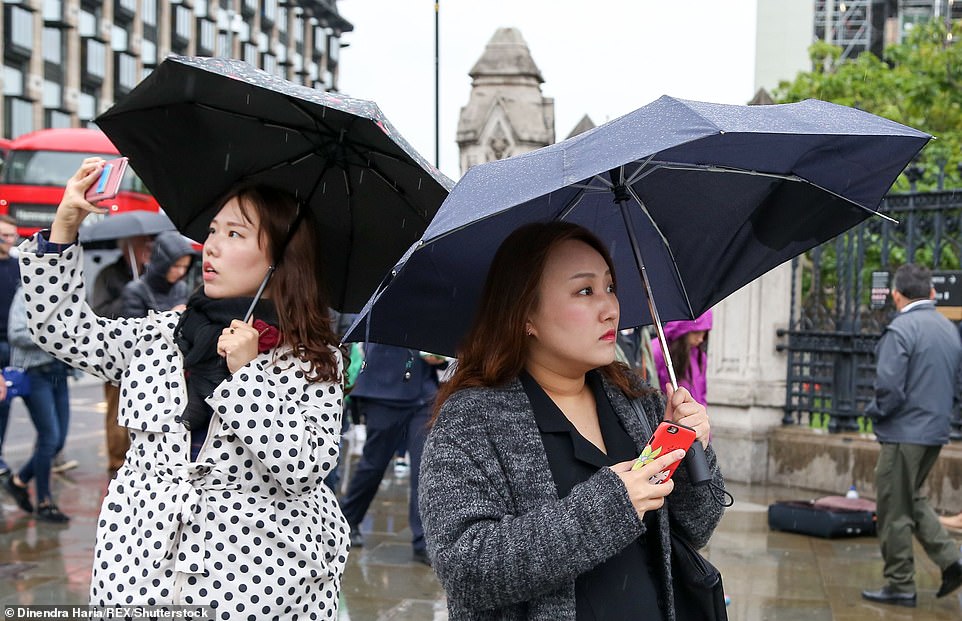 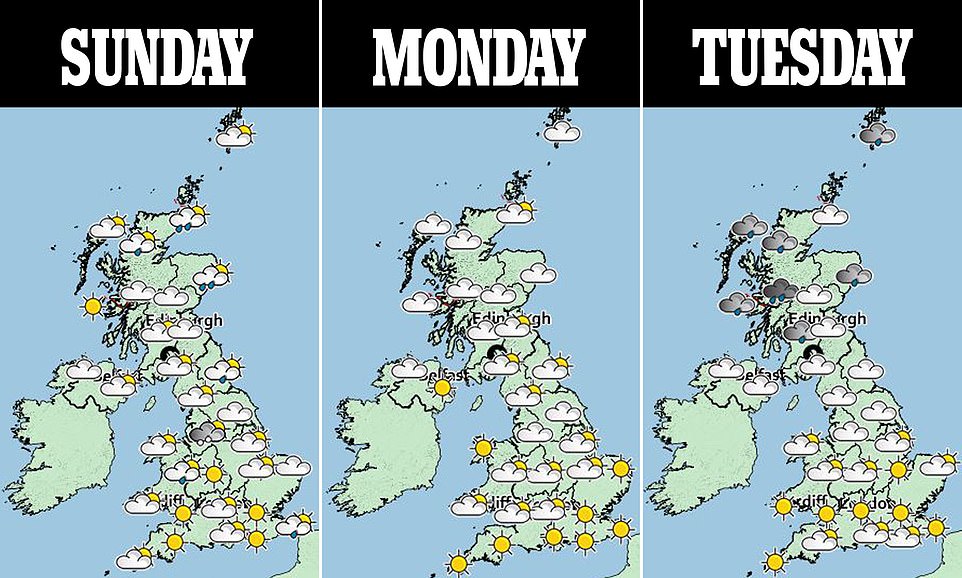 The Met Office said the bad weather tomorrow, which will much of the south coast and reach towards London, could lead to flooding on roads, transport delays and possible power cuts.

The north of England will enjoy sunny spells but there will also be scattered blustery showers in the region.

More settled weather is predicted during the week with temperatures rising to almost 70F, but chilly nights are expected with widespread frosts.

Met Office forecaster Becky Mitchell said: ‘It’s been quite a wet day across the south of England and Wales and that rain is going to hang around this evening.

‘We’ve got high pressure building and that means dry weather and a good amount of sunshine in the south [next week].

‘In the south the temperatures will be about average for the time of year, maybe a bit higher, but there will be quite widespread frosts overnight.

‘Further north it will start off fine and gradually get colder during the week.’

It comes after blustery winds and heavy rain caused severe disruption for commuters after Storm Bronagh blew in with gusts of up to 76mph.

Bronagh brought heavy rain as it swept across the country a day after two people were killed during severe weather.

Sheffield saw nearly half a month’s rain fall in 24 hours, and images posted on social media showed flooding on a number of roads and at the city’s train station overnight. 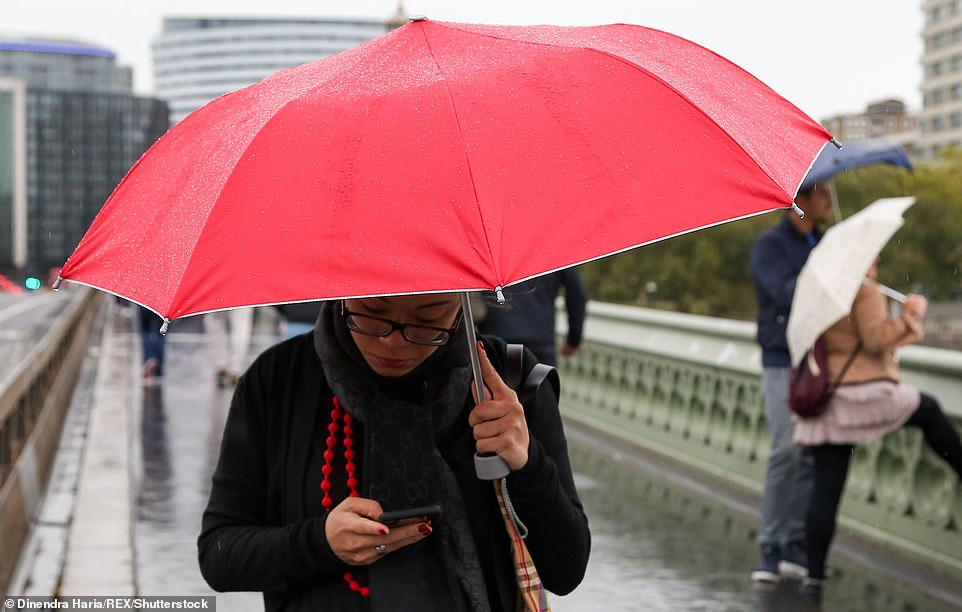 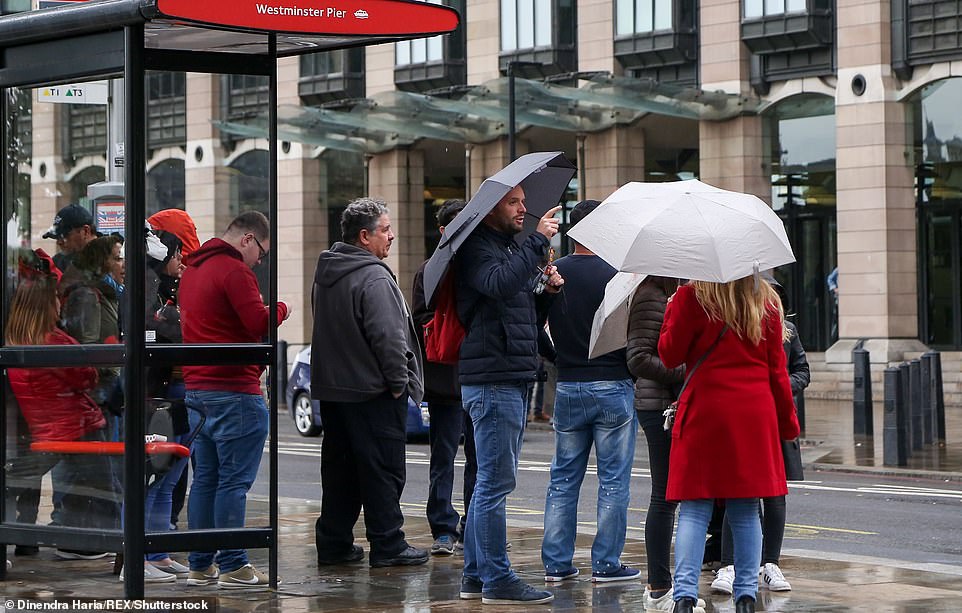