MPs have warned the UK is ‘sliding towards a cold war’ with China and it must ‘work with its allies’ to tell Beijing ‘enough is enough’ as Dominic Raab prepares to announce Britain’s extradition treaty with Hong Kong is being suspended.

The Foreign Secretary is due to deliver a statement to MPs in the House of Commons this afternoon when he will set out the Government’s latest response to Beijing imposing a controversial national security law on the former British colony.

It is thought he will say extradition arrangements will be shelved rather than completely torn up, with the latter option apparently being held back as a ‘final lever to pull’ should China fail to change tack.

The move will prompt a further escalation in tension between Britain and China with the two nations having clashed repeatedly in recent months over coronavirus, Hong Kong, Huawei and human rights abuses.

Tobias Ellwood, the Tory chairman of the Defence Select Committee, said it is time for a ‘reset of our entire foreign policy’ towards China after too long of ‘turning a blind eye’ to Beijing’s unacceptable behaviour.

Mr Raab’s announcement on extradition will come on the same day that Mike Pompeo, the US Secretary of State, is due to fly into the UK ahead of talks with the Foreign Secretary and Boris Johnson tomorrow.

However, while Mr Pompeo’s visit was initially viewed as a likely ‘victory lap’ over the UK’s decision to ban Chinese tech giant Huawei from the 5G network, it has now been suggested he will hold the Prime Minister’s ‘feet to the fire’ and urge even tougher action against Beijing.

Meanwhile, Mr Pompeo is due to meet with a cross-party group of 20 MPs who are seen as ‘hawks’ on China before his meeting with the Foreign Secretary and PM in a move which will be seen by some as a snub to Number 10. 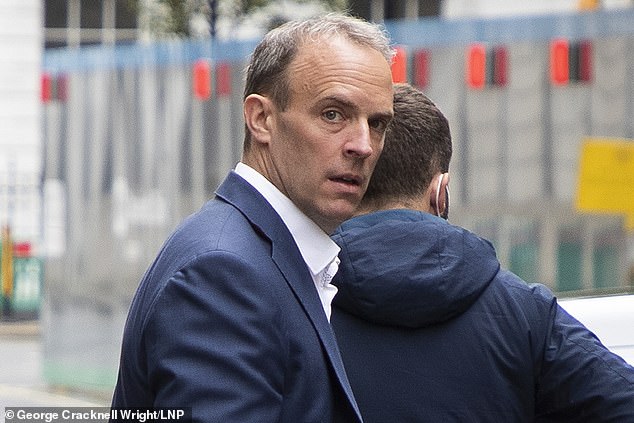 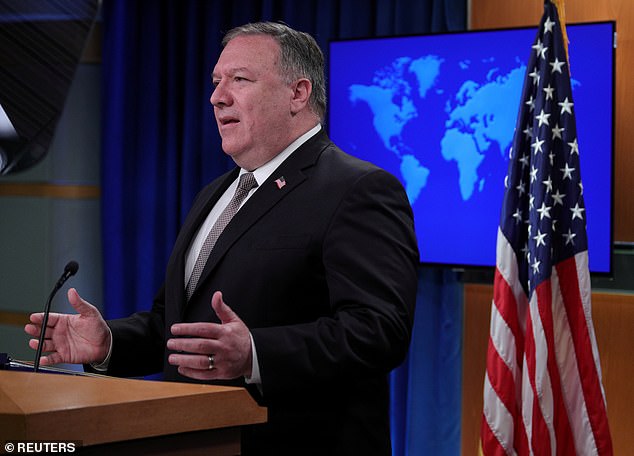 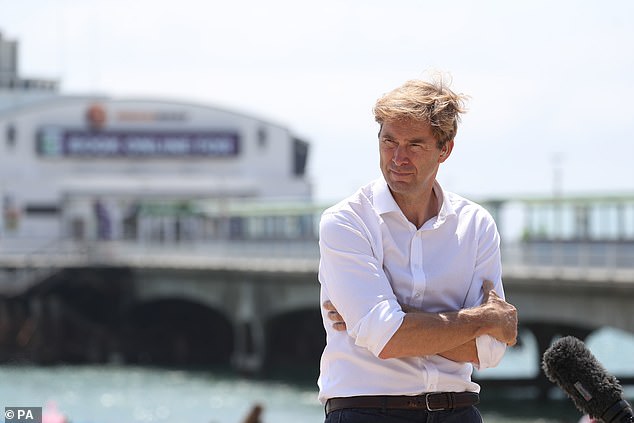 Tobias Ellwood, the Tory chairman of the Defence Select Committee, has warned the UK is ‘sliding towards a cold war’ with China

Relations between Britain and China have rapidly deteriorated in recent months.

Mr Raab’s announcement today on extradition will further inflame tension, with Beijing having already warned the UK faces retaliation over its Huawei U-turn.

Both Canada and Australia have suspended their extradition arrangements with Hong Kong and the US is considering taking the same action.

The moves come after China imposed a national security law on Hong Kong which criminalises secession, subversion and collusion with foreign forces but also curtails rights to protest and freedom of speech.

The rules apply outside the borders of China and this has stoked fears Beijing could try to use the extradition mechanism to drag any overseas residents involved in pro-democracy activism back to Hong Kong. The UK does not have an extradition treaty with China.

Britain has already offered a route to UK citizenship for up to three million Hong Kongers with British National (Overseas) status in response to the law being put in place.

Mr Raab was asked yesterday if the UK is going to ‘tear up’ its extradition treaty with Hong Kong.

He told the BBC: ‘So when I set out on the first of July the approach that we’re taking, BNOs, those but also other measures, I said we would conduct a review of our extradition arrangements, and also a range of other measures that we might wish to take.

‘I’ve now, with the Home Secretary and the rest of the government, concluded that review.

‘I will update the House of Commons on what further measures we’re taking.’

The expected shift on Hong Kong comes a week after the Government announced it is banning Huawei from the UK’s 5G network, with all of the firm’s technology to be stripped out by the end of 2027.

The ‘hawk’ MPs Mr Pompeo is also due to meet with believe the US Secretary of State will urge Mr Raab and Mr Johnson to further strengthen the UK’s stance against China.

One source told The Telegraph: ‘The visit has been written up as a victory lap, but that is plainly wrong.

‘The Americans are not even remotely satisfied and the purpose of this trip is to hold the Prime Minister ‘s feet to the fire.’

Mr Ellwood, a former defence minister, warned last night that the UK is ‘sliding towards a cold war’ with China having ‘been duped over the last couple of decades’ by Beijing.

He told BBC Radio 4’s Westminster Hour programme: ‘I really want to see a reset of our entire foreign policy, bearing in mind that we are sliding towards a cold war, we can’t do this on our own, we need to work with our allies.

China accused the UK of ‘dancing to America’s tune’ in the wake of the Huawei U-turn. The White House has long urged its allies not to use the firm’s technology over national security concerns – concerns Huawei has always rejected.

China’s Ambassador to the UK, Liu Xiaoming, was confronted during a BBC interview with video footage of Uighur people being detained and forced onto a train in Xinjiang province.

Mr Liu dismissed claims of human rights abuses as ‘false accusations’ as he hit back at suggestions that the UK could impose sanctions on any Chinese government officials involved in any such action.

‘You have seen what happened between China and the United States. They sanctioned Chinese officials, we sanctioned their Senators, their officials.

‘I do not want to see this tit for tat that has happened in China, UK relations. I think UK should have its own independent foreign policy rather than dance to the tune of Americans, like what happened to Huawei.’