Britain’s EU budget bill rises by 9% to £8.8billion (and it will go up AGAIN next year even though we’ll have left)

The figures take account of the £4.1billion the EU spent in the UK last year. Britain’s gross contribution stood at £12.9billion. 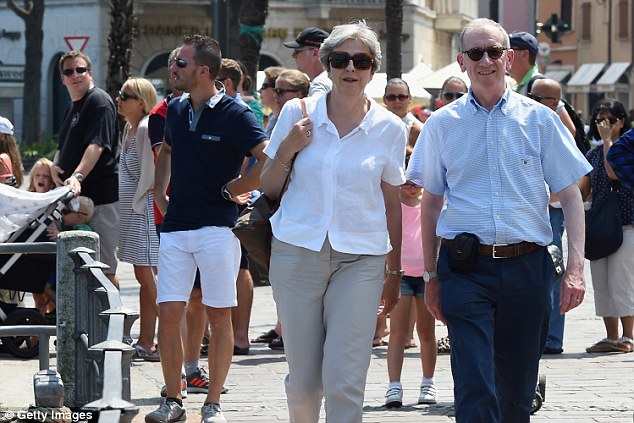 Theresa May, pictured on holiday in Italy, has vowed to stop ‘vast annual payments’ to the EU once Brexit has concluded and instead spend the cash on domestic priorities 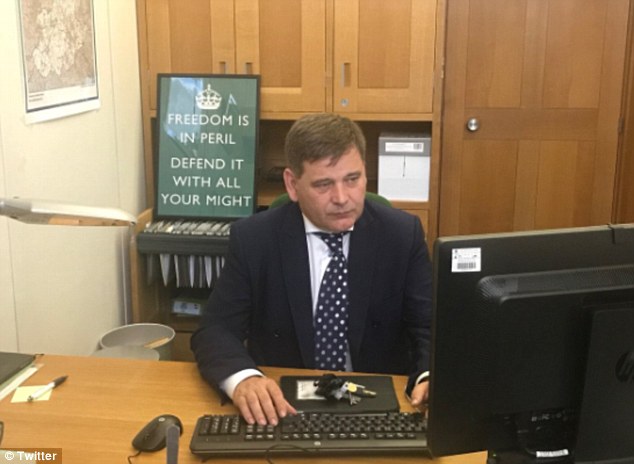 Tory MP Andrew Bridgen, pictured, said the scale of payments to the EU fully justify the decision to force through Brexit – even if it means departing on WTO terms

Calculation of the UK’s annual contribution is based on a complex formula and varies from year to year. Last year’s net figure is lower than the 2015/6 total of £10.8billion.

But Treasury figures forecast it will rise sharply again next year – even though we will have left the EU.

The Treasury’s Public Expenditure Statistical Analyses document predicts a net contribution of £10.8billion next year, followed by £12.2billion in 2020.

Although the UK will leave the EU next March, Theresa May has negotiated a transition period until December 2020, during which time the UK is expected to continue making full contributions to Brussels. The contributions will form part of a ‘divorce bill’ expected to total about £39billion.

Theresa May has pledged to bring an end to ‘vast annual payments’ to the EU after Brexit, with savings directed to domestic priorities, such as the NHS. Eurosceptic Tory MP Andrew Bridgen last night said the figures reinforced the case for leaving the bloc. Mr Bridgen said forecasts suggesting contributions could rise even further during the transition period also made the idea of leaving on World Trade Organisation terms more attractive.

‘This is another 700 million reasons why the British people were right to vote to leave the EU,’ he said. ‘People ask about the Brexit dividend – well this is it. If we were to leave without a deal on WTO terms then we wouldn’t have to pay this money in the future, we wouldn’t have to pay a divorce bill and we would have billions freed up to spend on the NHS and extra money for our schools, police and armed forces.’

However Mr Bridgen’s claims were at odds with a report from a think-tank which forecast every person in Britain will be at least £800 worse off if we leave the EU without a deal.

The National Institute for Economic and Social Research (NIESR) said if there was an ‘ultra-soft’ Brexit, where market access to the Continent is virtually unchanged, there would be robust economic growth of 1.4 per cent this year and 1.7 per cent next year. If the slightly more restrictive agreement preferred by Theresa May is approved, NIESR said the country will be £500 poorer per person.

But if a ‘no deal’ situation happens, this figure would swell to £800 each, it said – not including the impact of lower productivity which it claimed could double the size of these losses.

Last night Brexit campaigners said the claims were speculative fearmongering. Jacob Rees-Mogg said: ‘A modicum of humility from these pseudo-experts would be welcome after the woeful inaccuracies of their earlier forecasts.’

It came as official figures from the Office for National Statistics revealed the UK exported a record £59.6billlion of financial services last year – helping cut the trade deficit from 1.6 per cent to 1.3 per cent of economic output.

Meanwhile, the Confederation of British Industry said small and medium sized manufacturers saw new orders rise at their fastest pace since 1995 due to much stronger than expected demand both at home and overseas.