Four passengers were hauled off the aircraft at Gatwick and the flight was delayed by two hours. 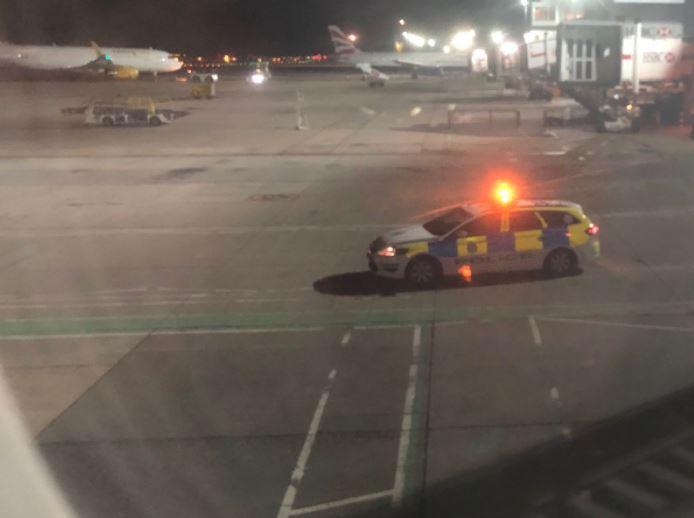 The plane had been due to take off at 10.30pm on Thursday when the brawl broke out.

Cops were waiting for the brawlers after the pilot was forced to turn flight BA2726 around on the Tarmac.

According to reports, one man was found hiding in the aircraft toilet.

Did you witness the Ibiza flight brawl? Did you get pictures or videos? Please contact  [email protected]

The plane took off two hours and three minutes late, arriving in Ibiza this morning at 12.32am.

A BA spokesman said: "Our customers and crew deserve to enjoy their flights in peace, so disruptive behaviour will never be tolerated."

Earlier, a shocking brawl broke out on a flight from Luton to Ibiza after a woman got her boobs out and gave passengers lap dances.

Footage shows a group of passengers on plane from Luton to Ibiza pushing and shoving as tempers flared after it was claimed she was also doing cartwheels down the aisle.