The chief librarian of the British Library has claimed ‘racism is the creation of white people’, it has been reported.

Liz Jolly, who has been the institution’s chief librarian since 2018, is urging white members of staff at the British Library to support the Anti Racism action plan, according to the Telegraph.

In a video clip, she tells colleagues: ‘I think, as I have said before, that we need to make sure some white colleagues are involved because racism is a creation of white people.’

Documents reveal that changes to the library’s displays could take place to ‘decolonise’ the British Library’s collection after a letter signed by hundreds of members of staff declared a racial ‘state of emergency’, it was reported. 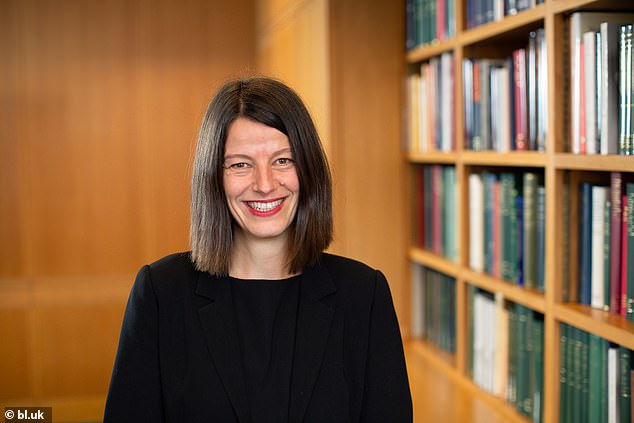 Liz Jolly, the British Library’s chief librarian said racism is ‘the creation of white people’ as the institution plans to review their displays and collections as part of anti-racism project

The Decolonising Working Group, which is part of the library’s BAME network, reportedly raises concerns with a number of artefacts on display in the library including busts of the founders and a portrait of Mr Punch.

Earlier this week, it was reported employees had urged colleagues to donate to Black Lives Matter and back the work of Labour MP Dianne Abbott, a claim the library strongly disputes.

It comes after the British Library launched an Anti-Racism Project in the wake of the killing of George Floyd and the surge of the Black Lives Matter movement.

Staff were invited to an online meeting where Chief Executive Roly Keating described an urgent need for a ‘generational shift’ to ensure the Library becomes ‘truly representative of its staff, collections and the users it serves.

Speaking to staff Mr Keating said: ‘The killing of George Floyd and the Black Lives Matter movement are the biggest challenge to the complacency of organisations, institutions and ways of doing things that we’re likely to see in our lifetimes.

‘There have been incremental changes over the years, but this is a wake-up call for the Library’s leadership that it’s not enough.

‘Our duty at this moment is to show humility, to listen, to learn and then to enact change.’

Issues raised in the meeting included the long-standing lack of BAME representation within the institution’s executive management as well as senior curatorial staff.

The meeting also addressed what the library described as an ‘urgent and overdue need to reckon fully and openly with the colonial origins and legacy of some of the library’s historic collections and practices’.

The British Library has committed to funding and implementing an Anti-Racism action plan and has established an anti-racism working group to make recommendations for change.

Addressing staff at the time, Liz Jolly said: ‘The murder of George Floyd has shown that we’re good at saying that we don’t believe in racism, but I have to say as Chief Librarian that we haven’t done enough to ensure that this organisation is anti-racist, and I apologise for that.

‘In convening the Anti-Racism Working Group this is our chance to get it right.

‘The group will make recommendations both in terms of immediate actions and longer term proposals that we will integrate into our strategy and our culture, to make us a truly anti-racist organisation, in a wide-ranging and sustainable way.’

Earlier this week, the British Library announced it is now ‘reviewing’ its Sir Hans Sloane manuscripts as ‘woke’ activists target one of scores of London landmarks – including the famous Sloane Square – which are named after the pioneering doctor.

The move was revealed in a note on its website, and coincides with a wider review of Sloane’s legacy that saw the British Museum – which he founded – remove his bust from a pedestal and attach the label ‘slave owner’. 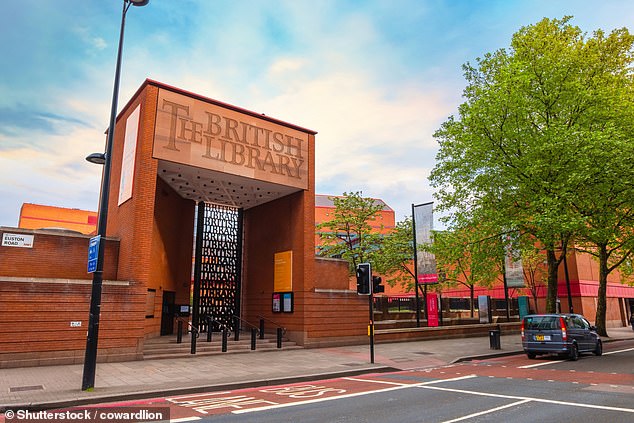 The 18th-century philanthropist partly funded his collection of 71,000 artefacts with money from his wife’s sugar plantation in Jamaica, which used slave labour.

The British Library strongly described claims staff had been encouraged to support Labour as ‘wholly inaccurate’ and said: ‘As with any other publicly-funded institution, we are absolutely committed to party political neutrality.’

A spokesman for the British Library said: ‘Our commitment to anti-racism is a matter of basic human decency, founded squarely on our values and our publicly-stated purpose to advance knowledge and mutual understanding.

‘In common with an increasing number of organisations, the Library has a number of staff-led networks that address the specific needs and concerns of staff with protected characteristics, including LGBTQ staff, staff with disabilities, female staff, and Black, Asian and Minority Ethnic staff.

‘These networks are run by staff and for staff, and liaise with Library management in accordance with agreed structures and protocols

‘A sub-group of one of the staff networks produced the report, which contains a range of staff perspectives on the art works and sculptures that feature in our public spaces. 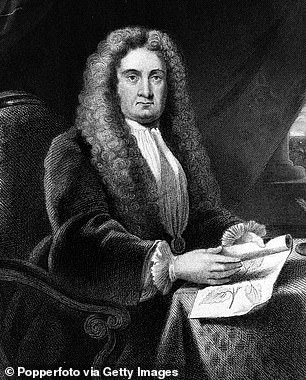 ‘The Front Hall of our building at St Pancras features busts representing four individuals whose collections were acquired by the British Museum following its foundation in 1753, and now form part of the British Library’s collection.

‘As part of our wider programme of work on inclusivity and anti-racism we have reviewed the labelling and presentation of the busts, in order to add information to help visitors understand them within their wider historical context.’

The library spokesman added that the review was in full accordance with Historic England’s Contested Heritage guidelines which ‘recommends, where possible, leaving contentious statues in place but adding “powerful reinterpretation….to develop a deeper understanding of our often difficult past”.’