British mother, 43, hauled lifeless from sea by 12-year-old son is brought back to life by hero medics passing Italian beach who rush to perform CPR

A British mother was brought back from the dead on a beach in Italy by hero medics who worked to save her life for 15 minutes.

Photographer Marissa Jacobs, 43, was pulled from the sea on a beach near Catanzaro on Italy’s east coast by her 12-year-old son Luca and had no pulse.

After spotting the drama on the beach as they passed by, Dr Felice Citriniti, his nurse wife Daniela Mosca took it in turns to give CPR and brought her back to life,  The Sun reported. 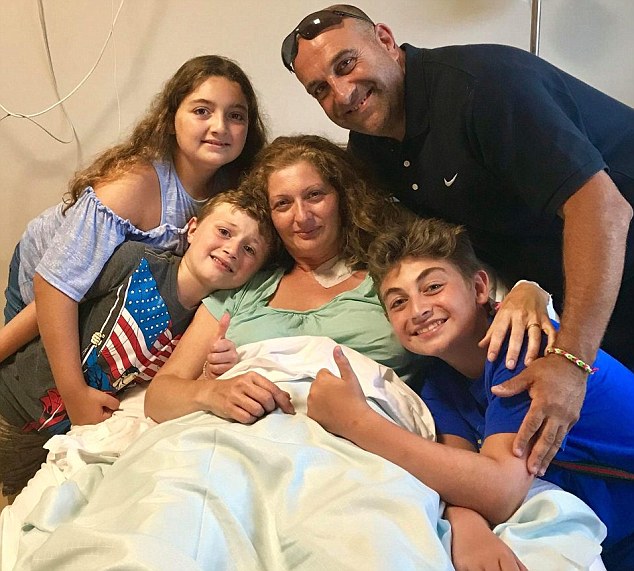 Marissa Jacobs, pictured with her family in hospital, was pulled from the sea on a beach near Catanzaro on Italy’s east coast

After 15 minutes, Dr Citriniti shouted: ‘I’ve got a pulse’ – which was met with cheers from onlookers on the beach.

Marissa, from Potters Bar, Hertfordshire, is now recovering in hospital.

Domenico Buonanno, her husband, said: ‘She was a dead mother and a dead wife but she’s managed to survive.

Mr Buonanno added: ‘It’s all down to Luca being a hero getting her out of the sea and the doctors who were passing. They just wouldn’t let her go.’

Marissa, her husband and their three children were on holiday when the incident happened.

When Marissa got into difficulty in the sea and slipped under the waves, Luca got her out of the water and raised the alarm on the beach which fortunately for the family is popular with doctors. 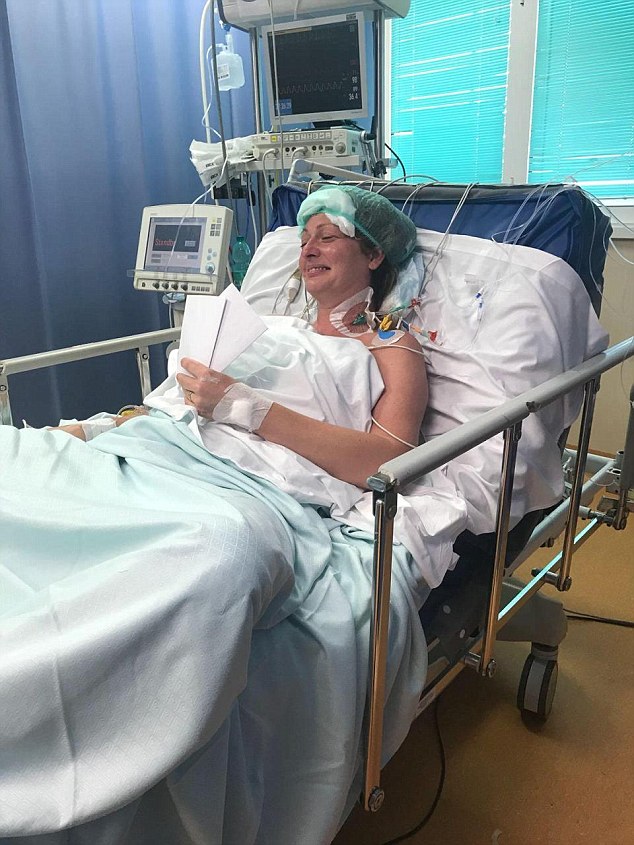 Dr Citriniti and his wife pumped the mum-of-three’s chest on the sand, while other holidaymakers cleared away umbrellas and sun loungers so a paramedic helicopter could land.

Dr Citriniti, 60, said: ‘Marissa was dead, dead. It really is a miracle. She came out of the water with no pulse and she had been frothing at the mouth and nose.

‘The family were distraught but we got to work and began CPR and mouth to mouth on her.

‘A defibrillator arrived which we used and after a few minutes we got her stabilised for the helicopter.’

The family’s ordeal was not over after Marissa was brought back from the dead as hospital staff told her husband she still might not pull through.