A British tourist is recovering in hospital after allegedly being beaten up by a Moroccan bar worker who tried to rape her on the holiday island of Tenerife.

The 20-year-old is accused of assaulting her when she asked him to leave an apartment she had invited him back to after he tried to force himself on her.

She was rushed to hospital following the attack on Monday – but was injured so seriously officers had still been unable to take a statement from her today.

Police sources said she remained in hospital. Her age has not been revealed. 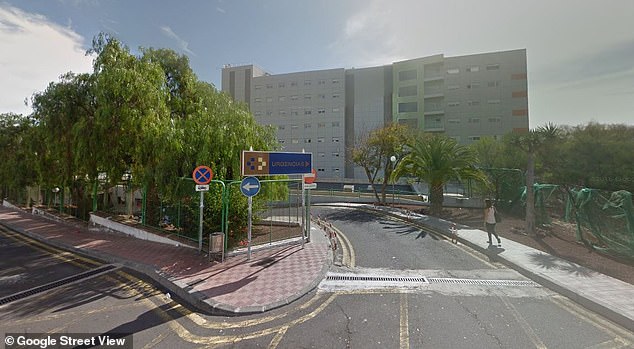 The British woman, whose age is not known, was taken to the University Hospital Nuestra Señora de Candelaria in the Tenerife capital Santa Cruz (pictured), after suffering serious head injuries on Monday

She is understood to have suffered serious head injuries.

Her alleged attacker, who has not been named, is being held in custody after a judge agreed to extend his remand period before deciding what crime he would be formally placed under investigation for.

The decision was made by a court in Arona in the south of the island.

A court official said: ‘Investigating Court Number Three in Arona, acting as a duty court, has decided to extend the remand of a 20-year-old held in the municipality of Adeje as the suspected author of a crime of assault which has yet to be fully specified.

‘The victim is still in hospital with injuries which are compatible with a physical assault.

‘The court hopes to be able to decide tomorrow whether to place this suspect, who is of Moroccan origin, under formal judicial investigation and what crimes for.’ 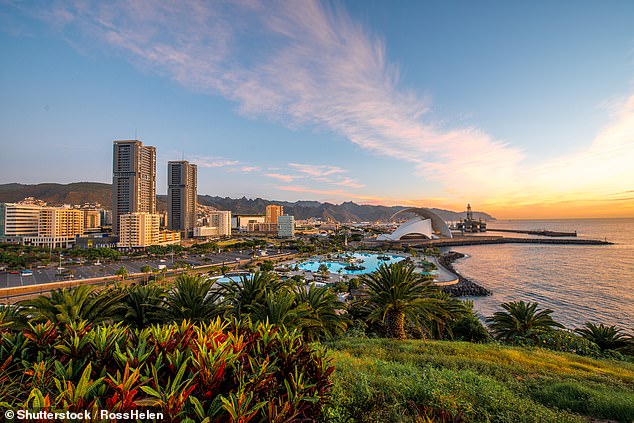 Police sources confirmed the injured woman, who is at the University Hospital Nuestra Señora de Candelaria in the Tenerife capital Santa Cruz, is British.

In a separate incident a 37-year-old Nigerian bar worker was arrested on suspicion of raping a 27-year-old British tourist late on Wednesday.

The incident is said to have taken place in the toilets of a pub in an area known as Las Veronicas in the popular resort of Playa de Las Americas.

He has been released on bail after being questioned by an investigating judge in a closed court hearing following his arrest on Thursday. He was ordered to sign on at a local court every fortnight as part of his bail conditions.