THIRTY years ago. a youthful blond guy turned up at the newspaper where I worked.

His desk was just behind me. Someone said he was called Boris, which we thought a pretty daft name. 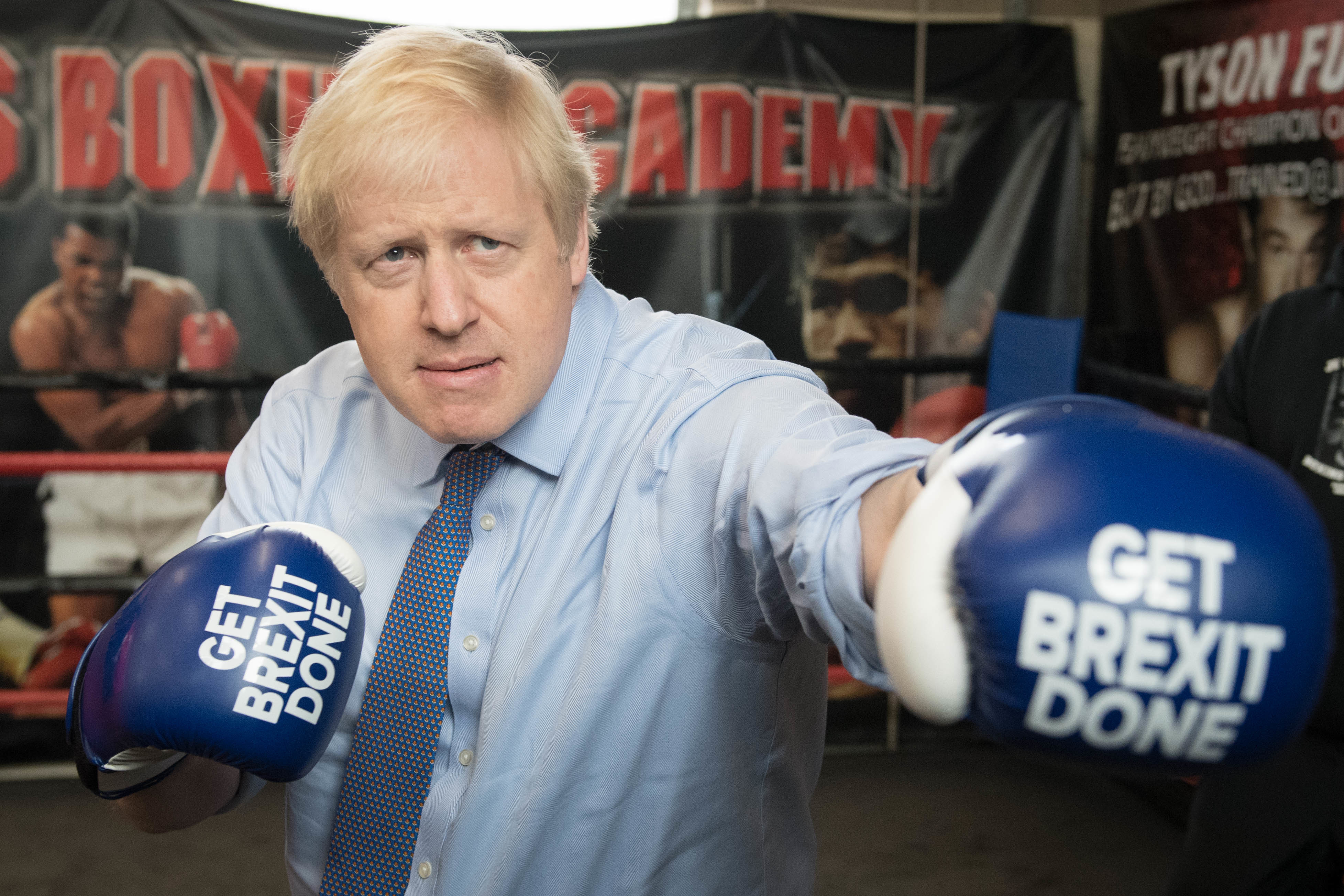 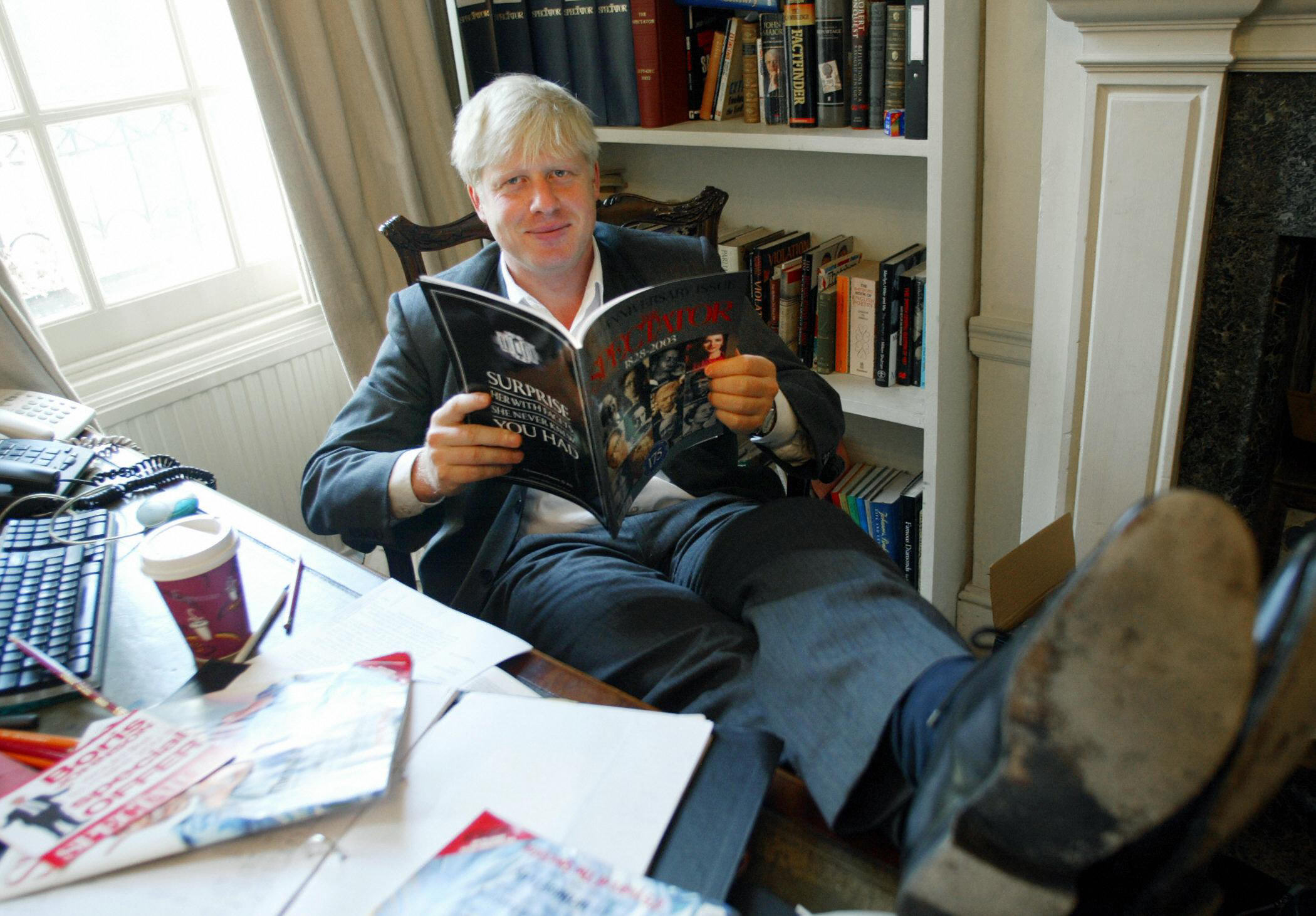 At first he kept to himself. He didn’t come to the pub at lunchtime (those were the days) or join our laddish gossip about which girls in the office we fancied. My middle-aged secretary, Maureen, warmed to him but I have to say I doubted this Boris person would go far.

So much for my talent-spotting abilities. He went on to become editor of The Spectator magazine and one of the most distinctive writers of our era.

Tomorrow, at an hour of mortal danger for our country, he has a chance to win a remarkable political victory. Boris Johnson leads his Conservatives into the General Election and the nation is agog.

It is like the moment of truth in one of those Camelot films where the hero is about to charge down the jousting track at the villain in glistening black armour. If valiant Boris loses tomorrow, it could be the end of Britain as an independent and United Kingdom.

Jeremy Corbyn, who has fought a tenacious if dirty campaign, will wrench Britain back to the days of nationalised industries and goolie-shrivelling debt. It’ll be welfare handouts all round and Sun readers will suffer through smaller pay packets, higher supermarket bills and a hike in motoring costs.

But if my old work-mate Boris can win, expect an economic bounce, certainty about Brexit and a sense of national optimism and relief. It would also be a satisfying kick in the shins for the axis of left-wing agitators, TV executives and clip-board miseries who have long spread such vicious propaganda against him.

Boris the liar, they call him. Boris the glib. Boris the racist, the baby-hater and the out-of-touch millionaire toff. Not to mention Boris the bottom-pincher.

On that last one, OK, they may have a point. The old lad has in his time been as frisky as his over-sexed Jack Russell Dilyn, which has been trying to get one of its four legs over Sajid Javid’s dog. If you want a cold-livered monk for PM, Boris Johnson may not be entirely your man. But at least he tingles with life.

And that is the thing, is it not? He’s normal. Human. And he does not try to hide it. Bed-hopping politicians only become problematic if (like Bill Clinton) they prey on young aides or if (like John Major) they hypocritically preach about a return to old-fashioned morals. Boris, I think we can agree, will never be mistaken for the Archbishop of Canterbury.

It’s the same thing with his hair — messy — and his clothes, as crumpled as Casanova’s bed sheets. You never see Tony Blair that untidy, do you? Well, no. And that possibly says it all. Boris Johnson refuses to go along with much of the fraudulence of modern political image-bending.

He is gloriously uninterested in smart clothes or swanky cars. The last time I saw him driving a motor of his own, it was a clapped-out people-carrier with tyres as bald as Bobby Charlton. The only thing that worries me about Boris’s marital record is that it must have made him and his ex-wives unhappy, and that never does anybody’s soul much good.

Boris can sometimes get down in the dumps. This is often true of great humourists. But I can’t see that the past bed-hopping affects his suitability for high office. Opposition parties normally try to project a positive vision but the Labour and Lib Dem campaigns have been grindingly negative: stop Brexit, slander Boris.

Jo Swinson was at it yesterday, claiming he was whipping up racial tensions by not being more generous to EU nationals living in Britain. She made it sound as if he were almost a member of the Ku Klux Klan rather than the moderate, one-nation Tory he really is.

Liberals pride themselves as “good people” but, boy, they’ve been acidic about Boris. They were at it again on Monday after a TV ambush based on a highly questionable newspaper photograph of a little kid in hospital.

The vibe here was that Boris didn’t care about the NHS and is some sort of Dickensian brute who doesn’t give a stuff about ill children. Hang on: Boris has lots of kids of his own (doesn’t he just?) and I have had personal experience of his kindness to children with development problems. Don’t fall for naked election smears.

His enemies allege that having been to Eton, he must be rich enough to use private doctors on Harley Street. Far from it. He only got to Eton because he won a scholarship — his parents would hardly have been able to afford it otherwise — and he is very much someone who relies on the NHS, both for himself and his family.

He is one of those people who has never been able to save a bean. I’ve seen him give Big Issue sellers a tenner and tells them to keep the change. He splashes out on presents and then finds he hasn’t enough to repair the hole in his shoes.

His rivals and the bolshy broadcasters attack him. That’s how it goes. But far from being a scheming, shallow toerag, the Boris I have known for 30 years is thoughtful and notably useless at guile. He is so uninterested in gossip, you sometimes wonder if he is a bit deaf. The other day, at the height of his election hassles, he took a few hours off to write a touching tribute to one of his college classics teachers who had died.

Far from being a coward, as is claimed after he declined to be interviewed by the BBC’s chief thumbscrew merchant Andrew Neil, Boris is a bold buccaneer. Look at the way he repeatedly tried to call this election, while Corbyn was funking it.

Boris knows, still, that it could all go wrong tomorrow night. He knows he could go down as one of the shortest-lived PMs. But he saw that the country simply could not continue with Parliament in paralysis over Brexit. Make no mistake, we need this election and we need the Conservatives to win it.

The awkward thing for Boris’s enemies is that their attacks do not seem to be working. They huff and they puff about what a swine he is and the country shrugs: “Yeah, but we like him.” Surveys show he is the most popular of the party leaders by far. The more manure his enemies throw, the less it sticks.

His latest party political broadcast, in which he took the mick out of a scene in Hugh Grant’s Love Actually, showed his quirky sense of humour. When under pressure, he doesn’t lose his rag. He just hoicks up his trousers (he has lost a few inches round the waist by staying off the booze this campaign) and shuffles off to the next factory or agricultural show for another good-natured encounter with the electorate.

Did you see photographs of his visit to a North London bakery the other day? He stood behind the counter and started hawking doughnuts to a crowd of young orthodox Jewish men. The Jewish community has been subjected to sinister attacks by Jeremy Corbyn’s Labour party, yet Boris was yacking away with these lads, making them laugh.

It was a wonderful scene that did something to restore faith in the precious covenant between rulers and the people. A decade or so ago, Conservative party modernisers made the stunning discovery that, if you want to govern a country, it helps if you actually like its inhabitants. Boris has never had to pretend on that count. He is genuinely a people person.

Which brings me back to Maureen, my secretary at that newspaper office 30 years ago. Reen, as we called her, was a hippyish sort of grandmother. She smoked rollies and had seen a bit of life.

She was never going to be useful to Boris in his career. Yet many a morning he would ride into work with Reen sitting on the top deck of a London bus, chatting away with her and making her laugh.

Boris wasn’t just interested in the mighty and the influential. He was, and remains, a thoroughly decent bloke. If he wins tomorrow, it couldn’t happen to a kinder guy. 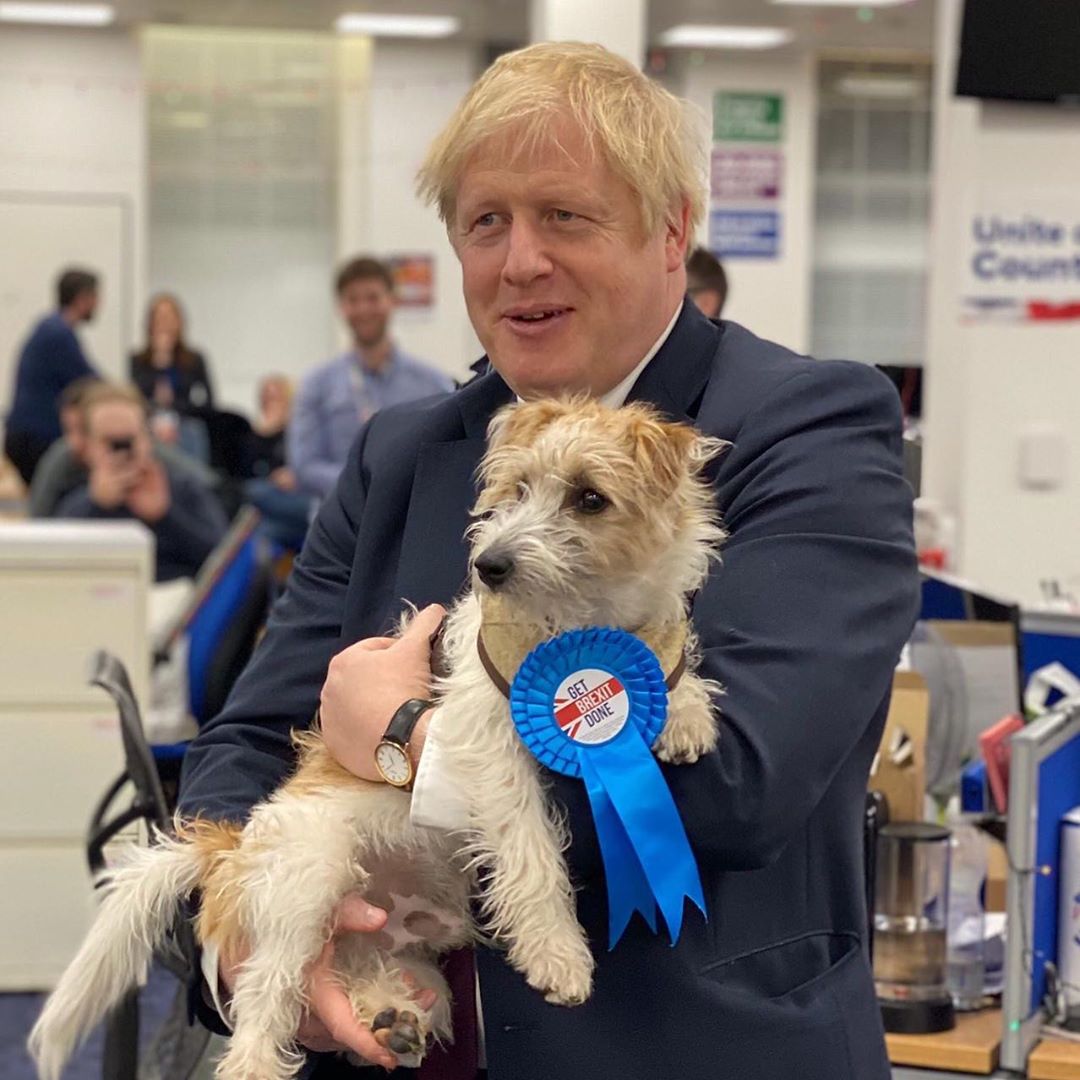 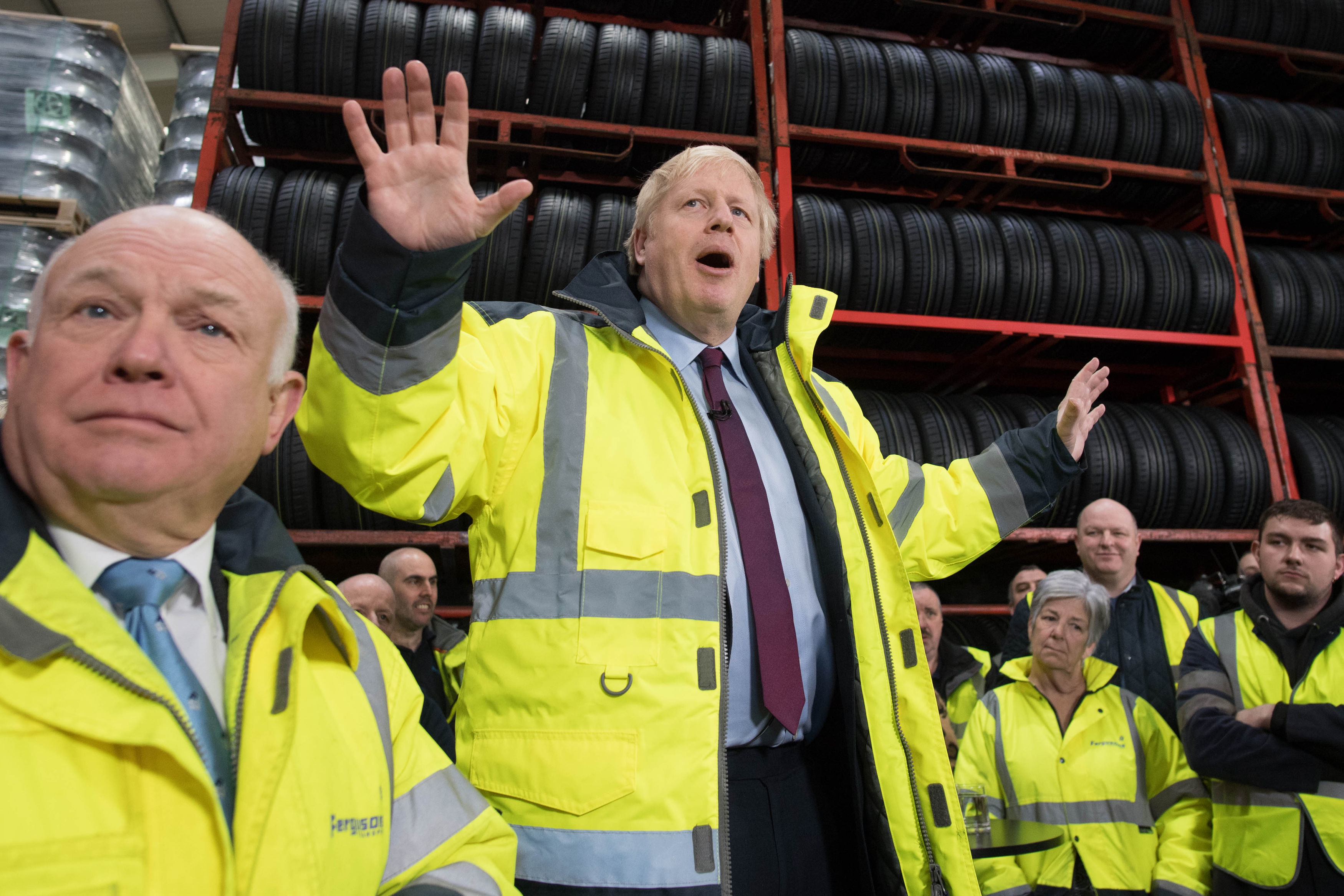