A BUILDER has miraculously survived after being impaled through the groin on a three-foot rod when he fell from a construction site.

The man, named only as Mr Zhu, cheated death after the metal bar become lodged in his torso following his 10ft drop in China's eastern province of Jiangsu. 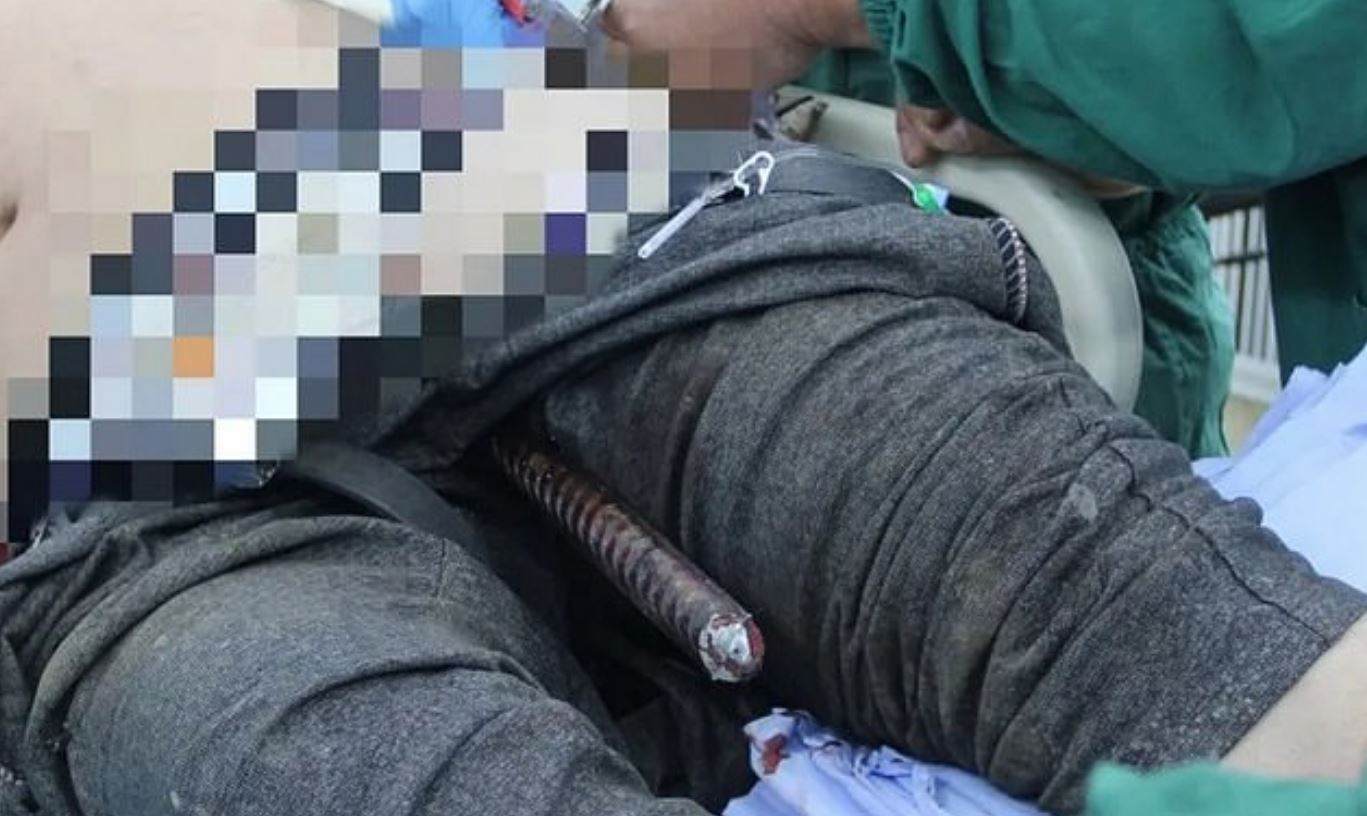 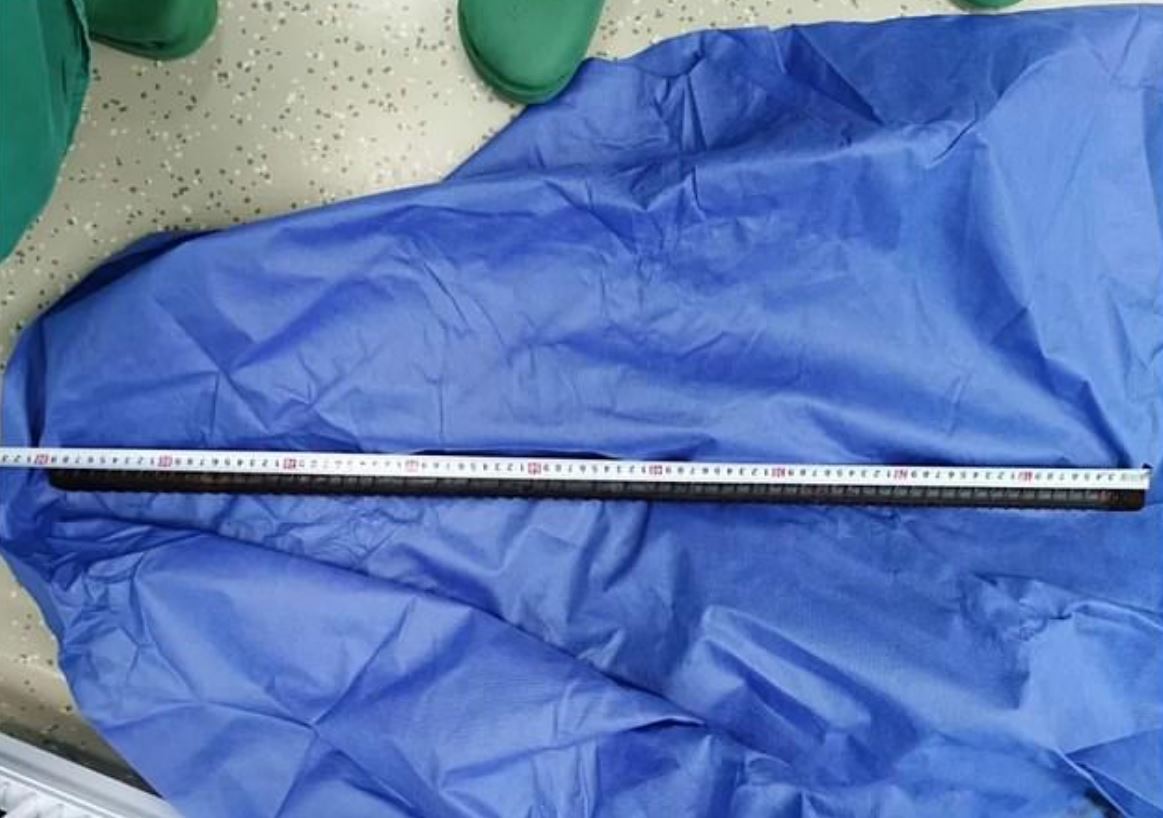 Heroic doctors had to perform a three-hour operation to remove the spike.

Mr Zhu's painful fall happened in March and has only surfaced this week after he returned to Nantong Second People's Hospital to thank staff.

Gruesome pictures show Mr Zhu's body impaled by the metal pole after he was rushed to hospital.

X-ray scans showed the depth of the penetration and doctors hurriedly prepared for the operation after he arrived.

The pole had caused heavy bleeding and doctors feared it could have damaged his organs.

But after a gruelling surgery the medics successfully managed to remove the rod.

The team of doctors were then pictured holding the rod which showed its length.

A snap of the object alongside a ruler confirmed it measured at 2ft 5in long and nearly an inch thick.

After being treated for a month in the intensive care unit, Mr Zhu's condition gradually improved.

The hospital said he also received a series of rehabilitation training sessions to help him recover.

It is believed he was discharged from the hospital after making a full recovery. 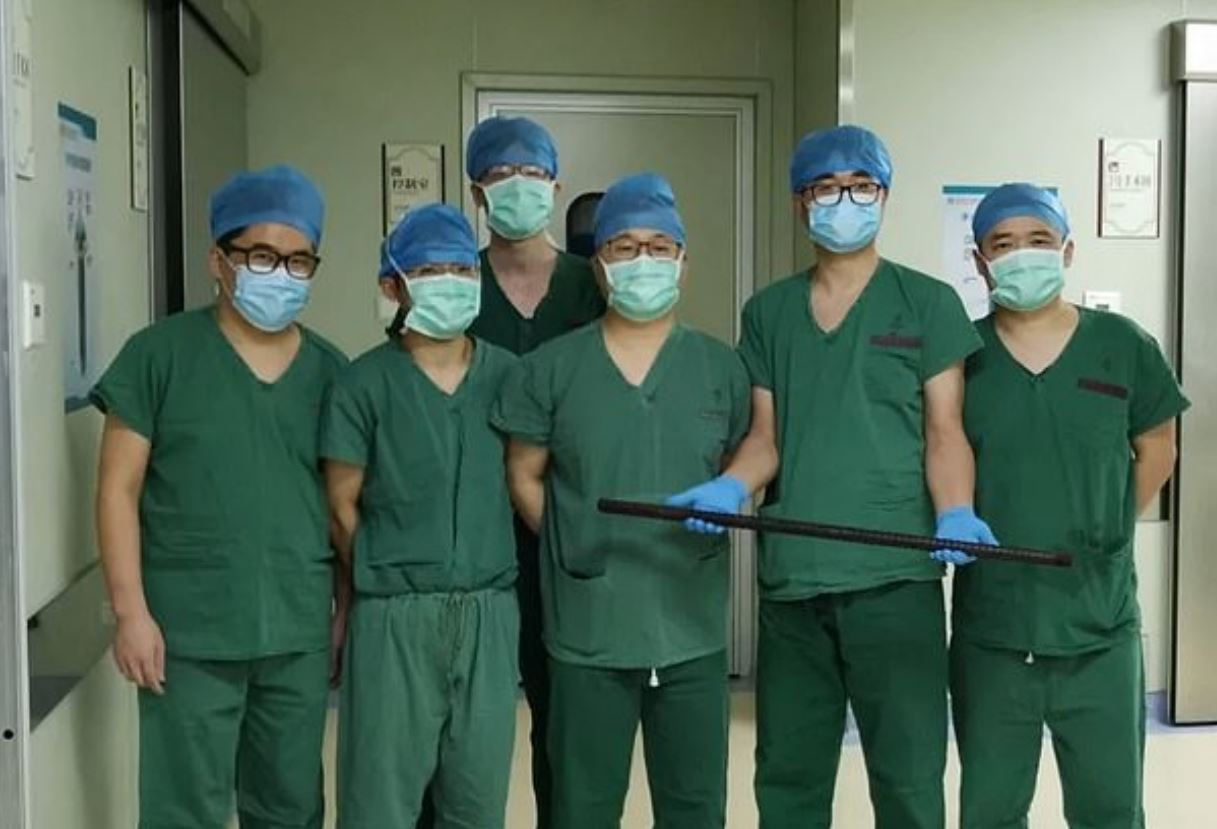 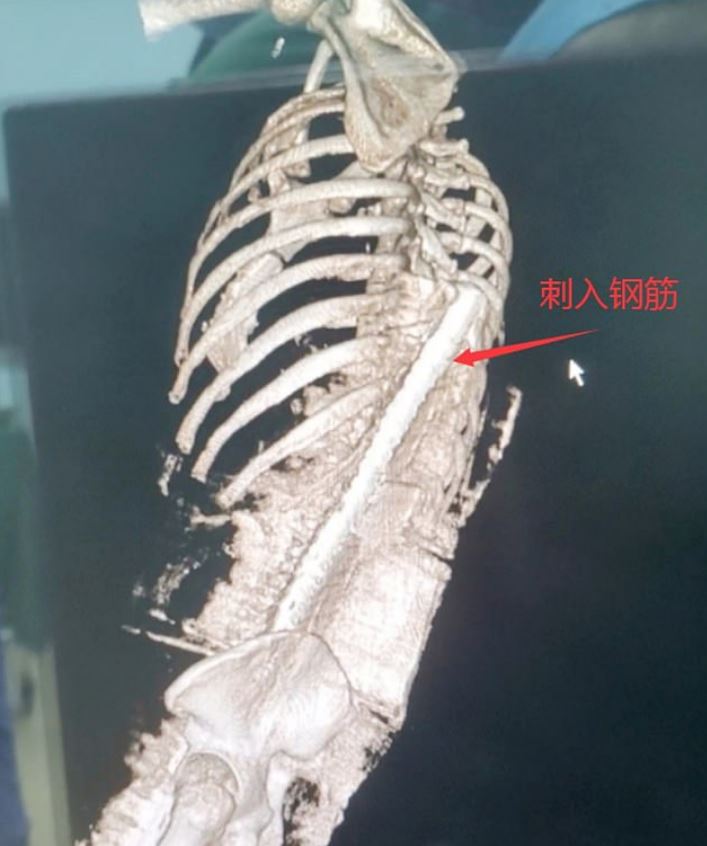 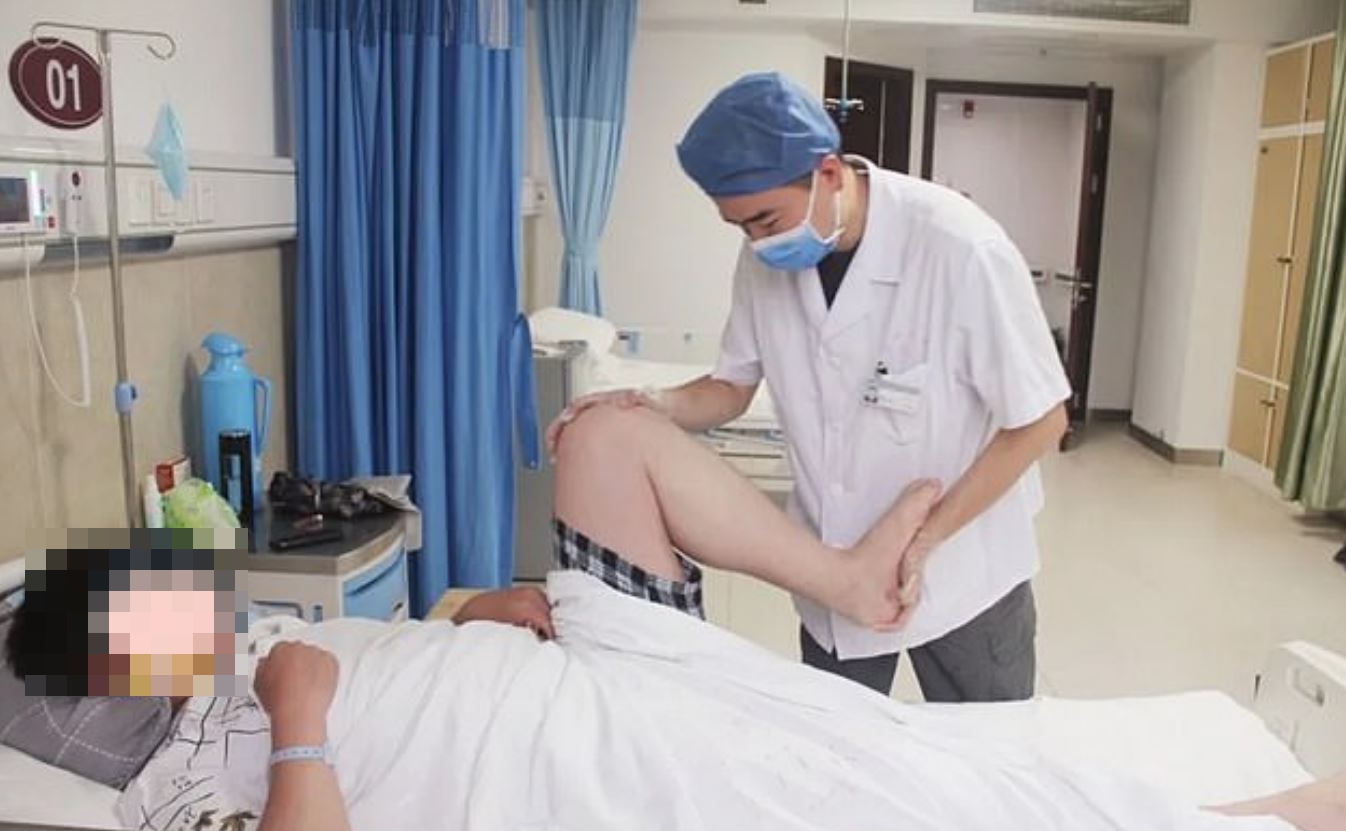