HORRIFYING pictures show revellers being chased and gored by bulls during an annual festival.

Three people were rushed to hospital this morning at the start of the Running of the Bulls in Pamplona, northern Spain. 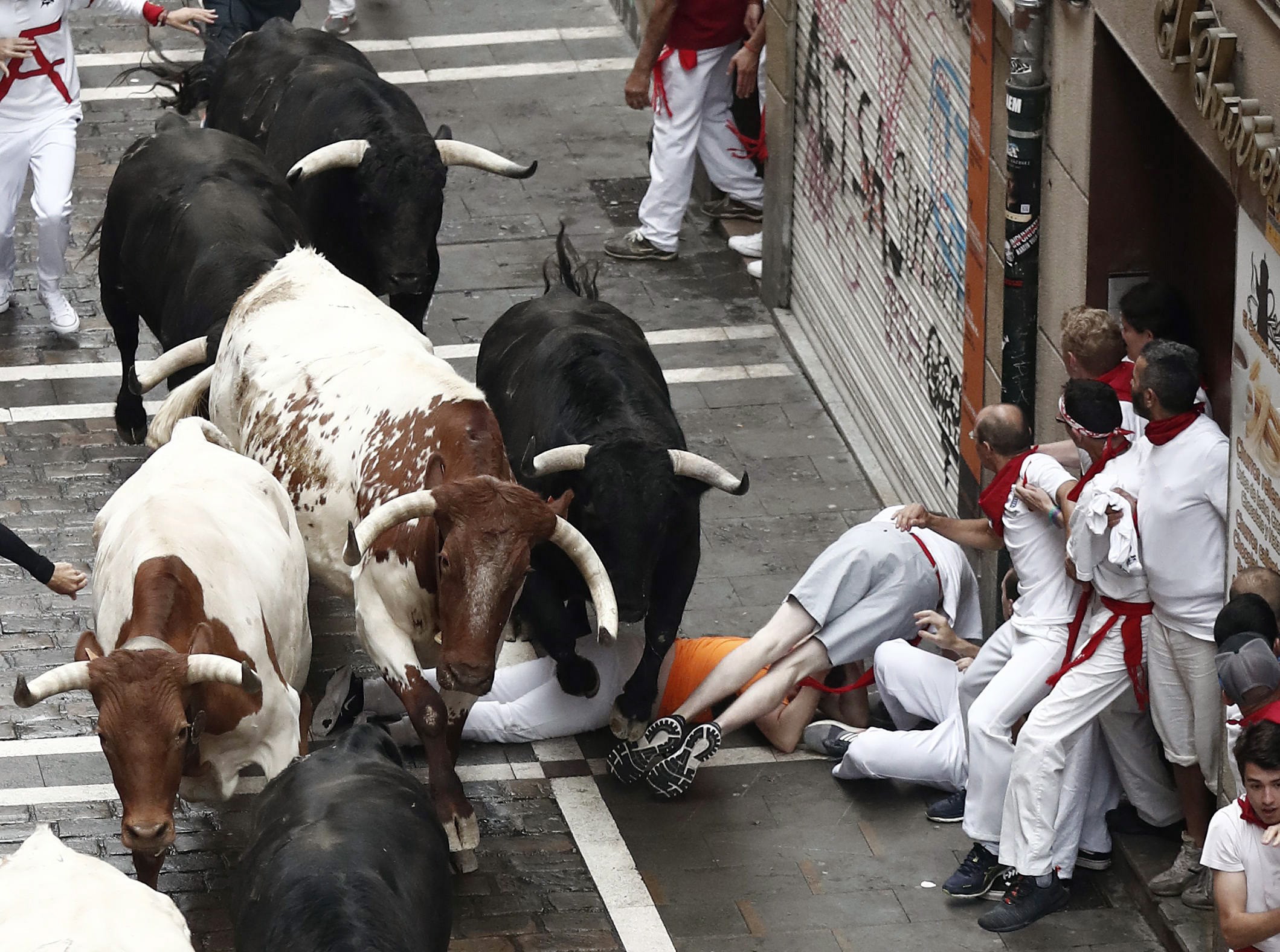 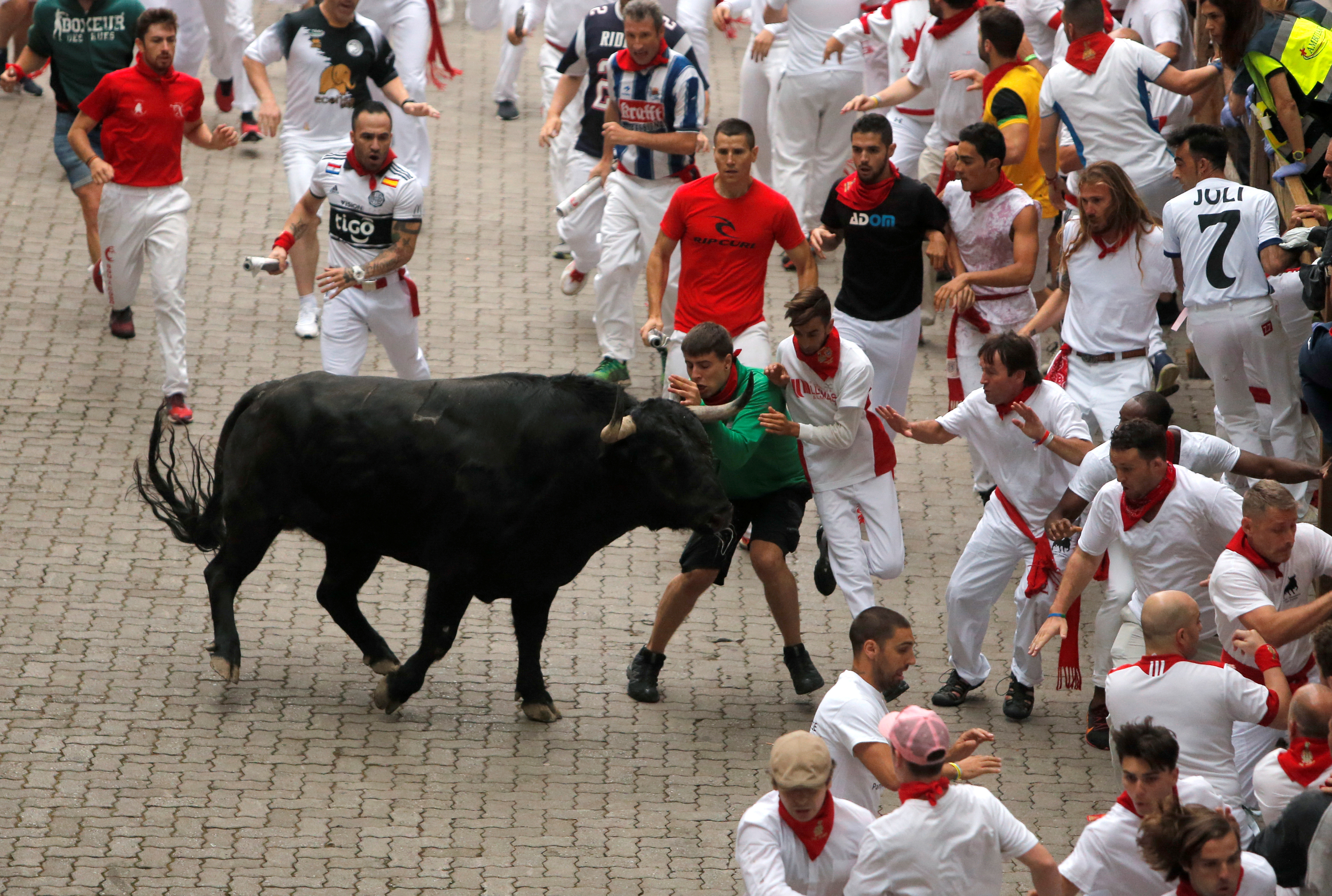 One runner was gored in the left leg and another knocked unconscious after suffering head injuries.

Another man was seen being lifted up in the air and dumped on his backside after being surprised from behind by one of the half-tonne beasts.

Participants in the gruesome annual event run along a half-mile course through the streets of Pamplona.

One of the six fighting bulls which charged down the course to the ring, led by six steers, fell early on.

Another became separated from the rest of the pack towards the end and was last to be ushered into pens after completing the run, in two minutes 40 seconds and around half a minute after the other animals.

Red Cross officials said in an initial injury round-up that two people had been taken to hospital with gore injuries.

But a spokesman for Pamplona’s Hospital Complex later said they had received one man who had been gored, in his left leg, confirming another two patients had been brought to the hospital with head injuries.

One of the people rushed to hospital with head injuries was taken away from the scene unconscious, but the hospital spokesman said the 25-year-old had come round in the ambulance.

The nationalities of the man injured have not been released. 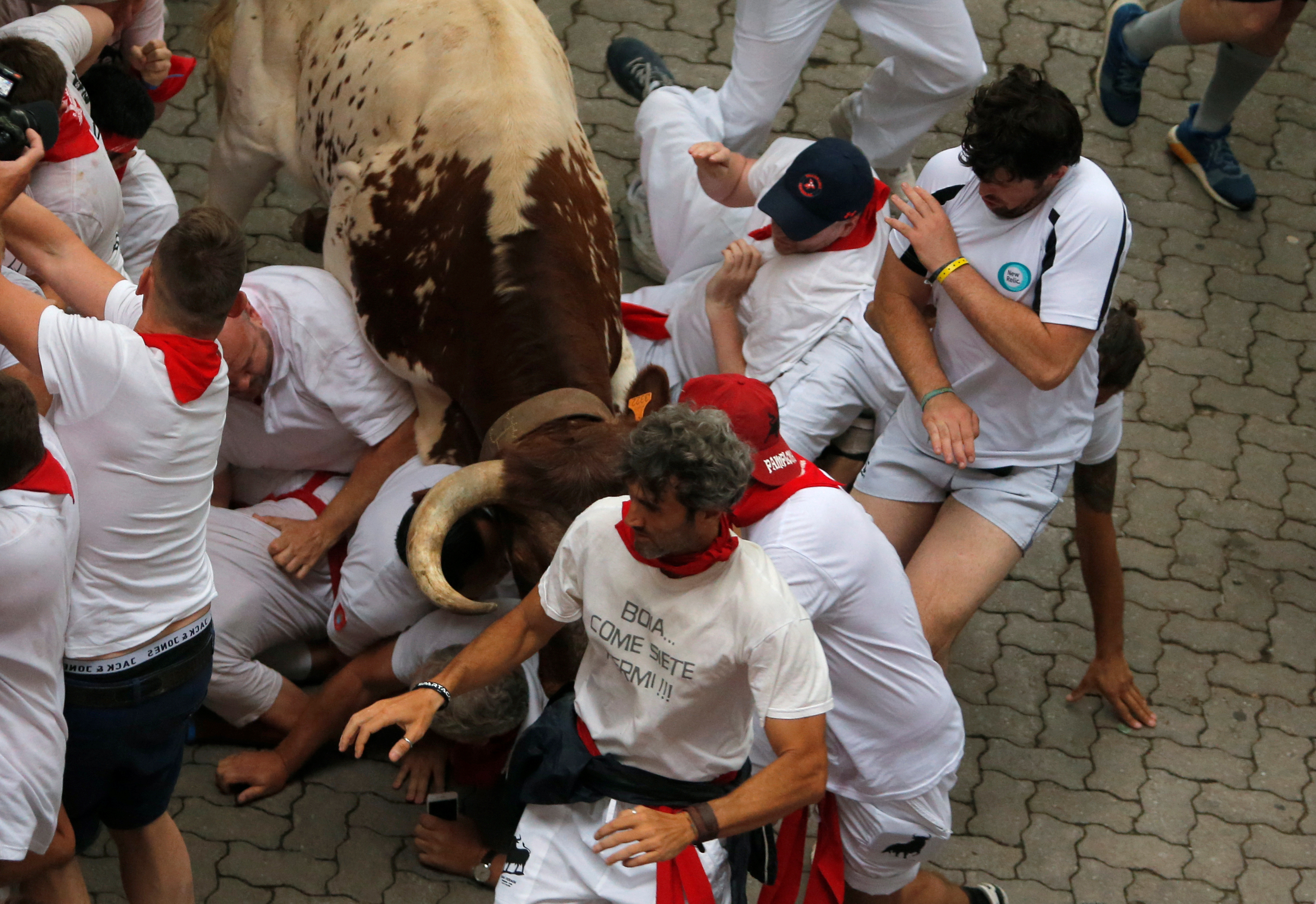 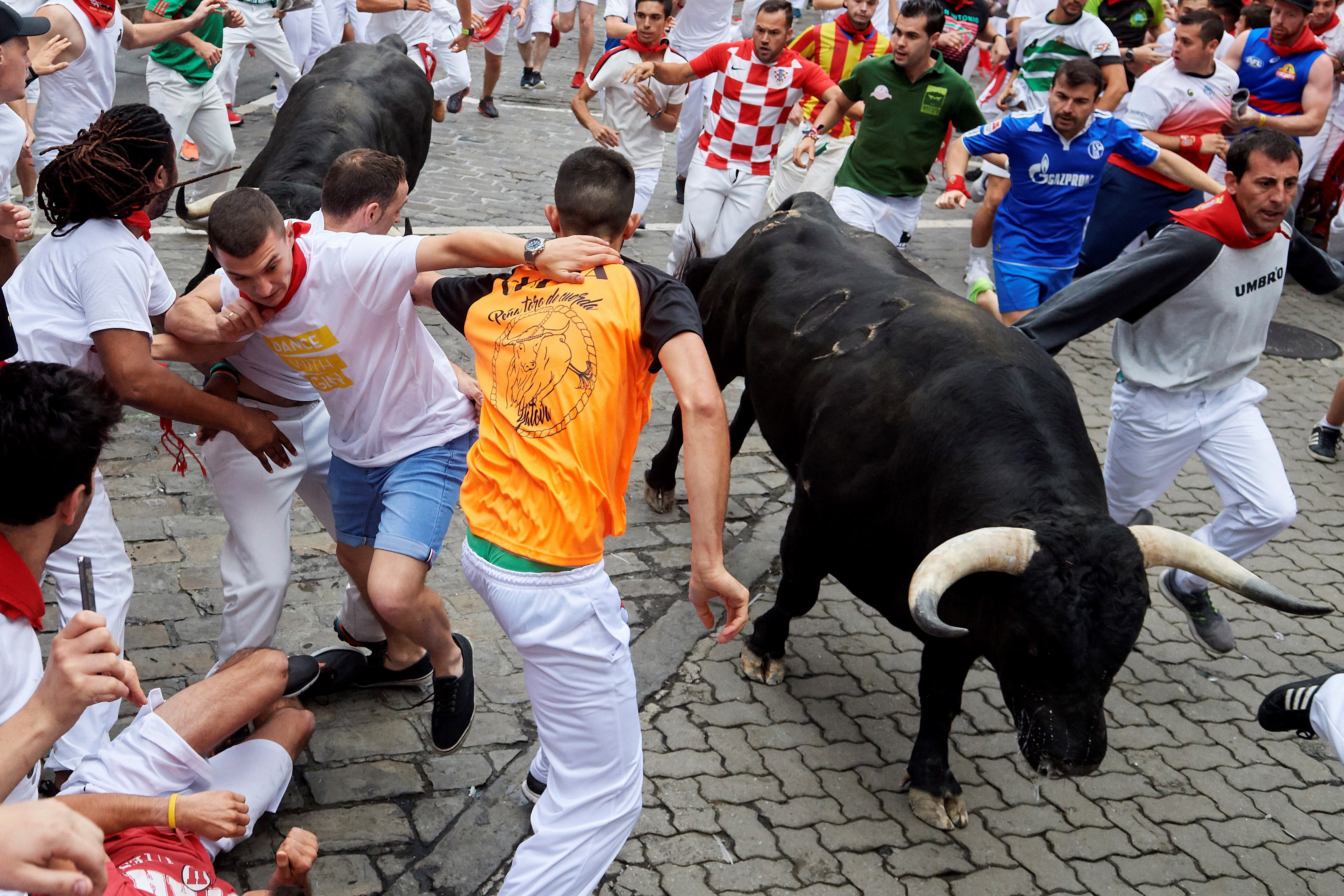 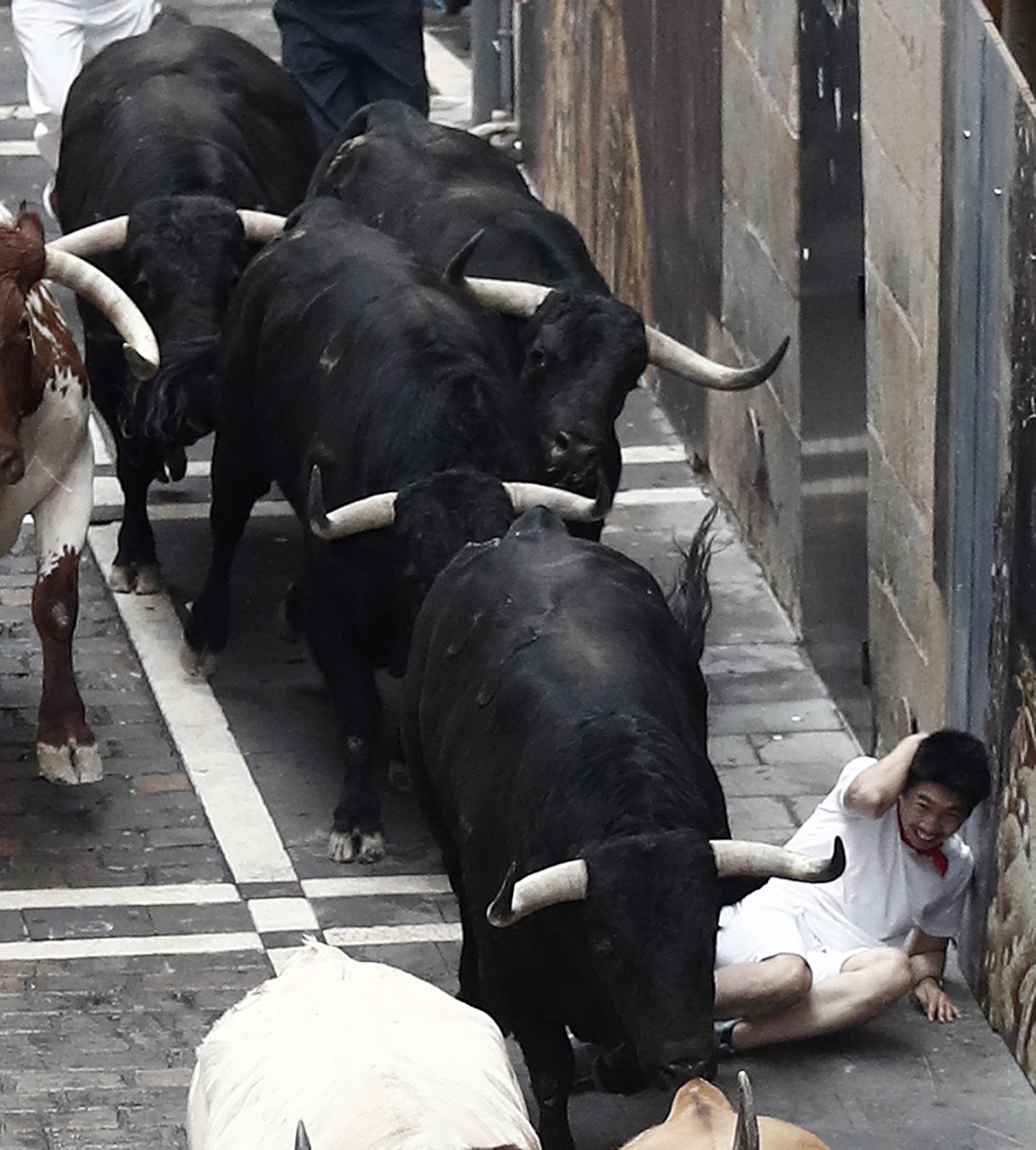 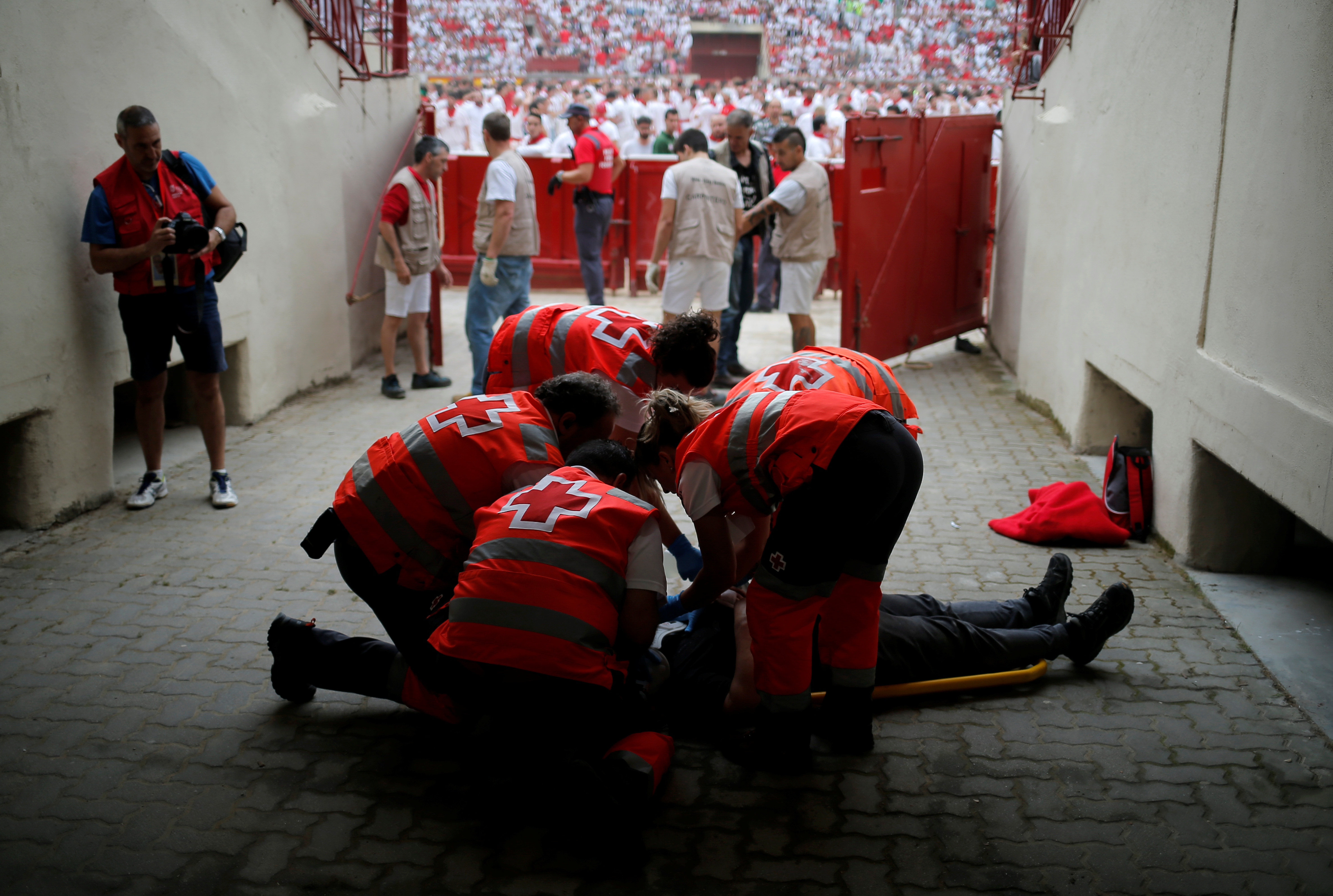 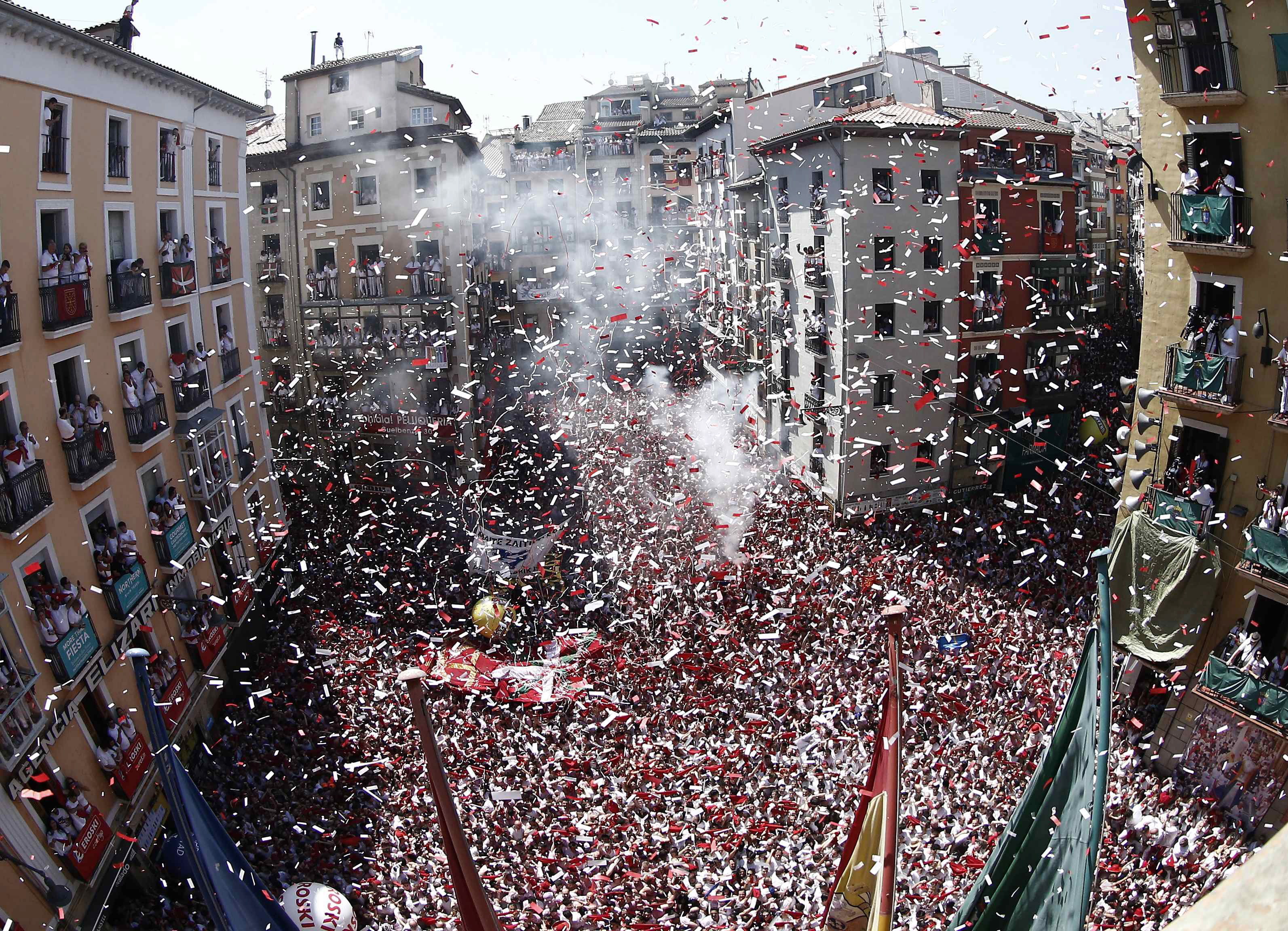 This morning was the first of the eight bulls runs over the annual nine-day festival, known in Spain as San Fermin.

The festival kicked off Saturday at midday with the traditional ‘chupinazo’.

Revellers wearing traditional red and white were quickly soaked in sangria as the event got underway.

The eight morning runs, called encierros in Spanish, form the highlight of the festival.

Most revellers party all day with many getting little sleep before watching the 8am encierros behind the safety of wooden barriers.

Sixteen people have been killed at the annual festival, which finishes on July 14 and was made famous by 1926 Ernest Hemingway novel The Sun Also Rises, since records began in 1910.

The most recent death was in 2009 when 27-year-old Daniel Jimeno, from Madrid, was gored in the neck by a bull called Capuchino. 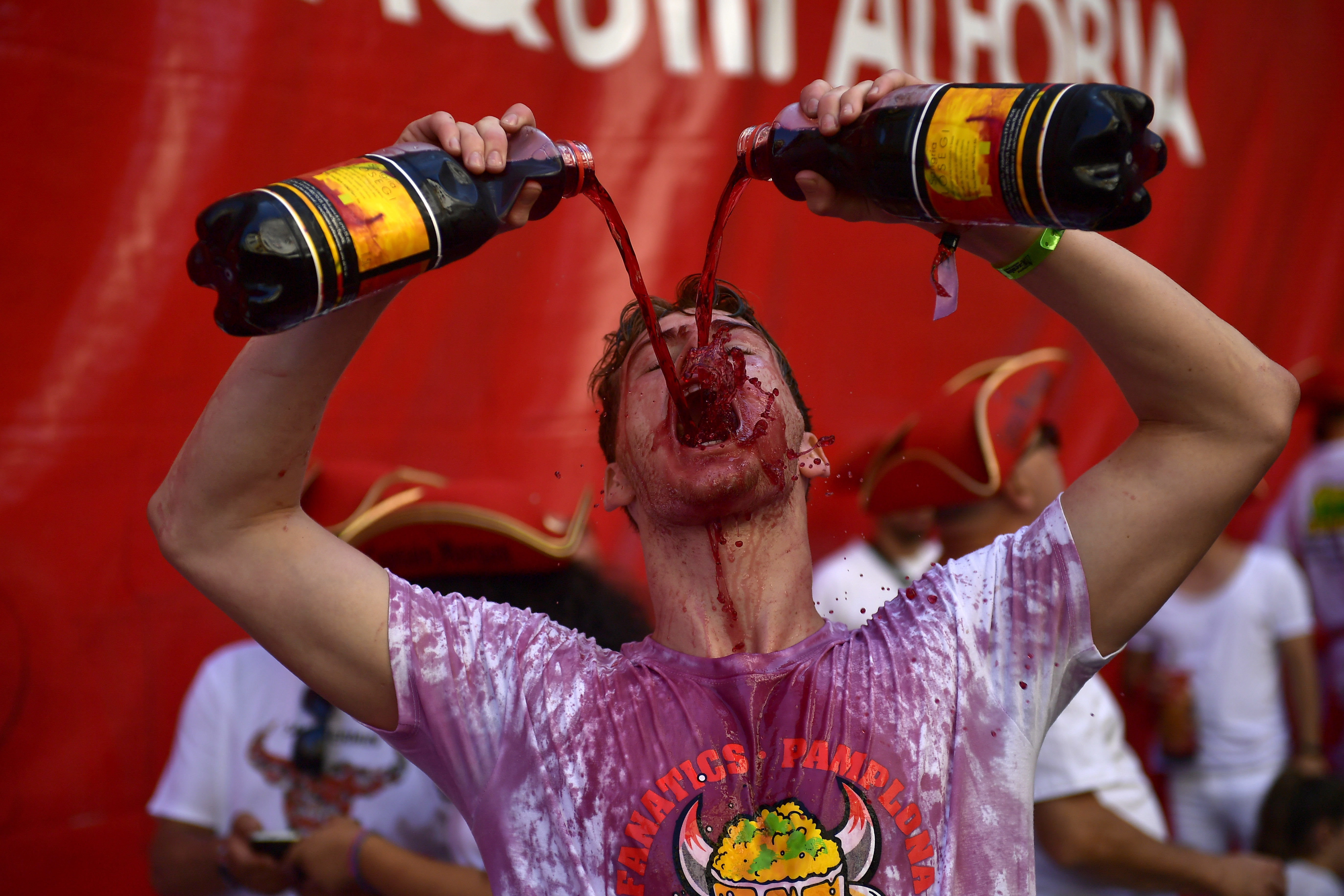 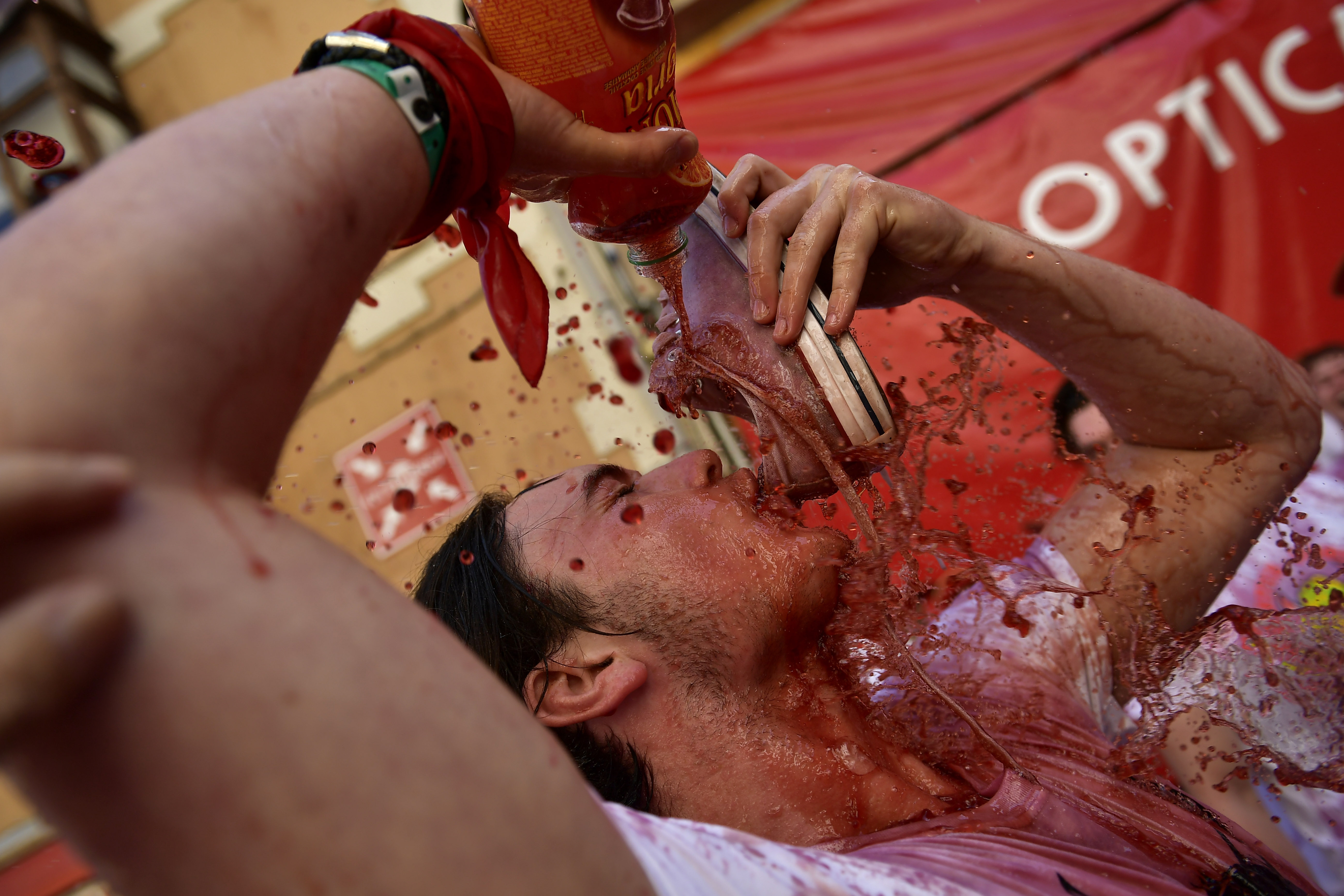 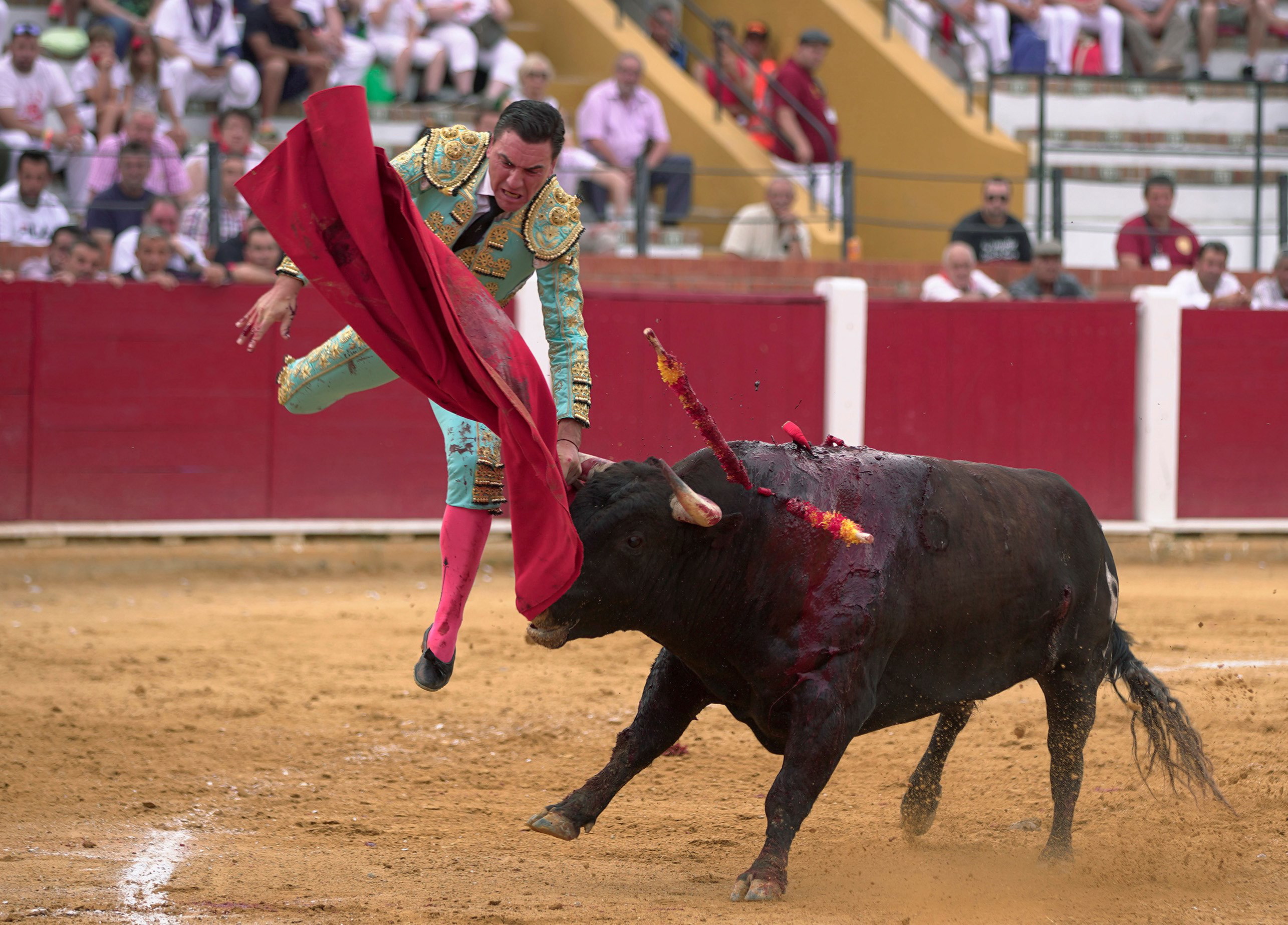