A MAN who was involved in a horrific house fire which burnt 85 per cent of his skin has received a world-first pioneering treatment to grow it back.

Glenn Ogg, 33, has had a full-body skin graft after docs were able to grow new skin in a lab – using cells taken from his scalp. 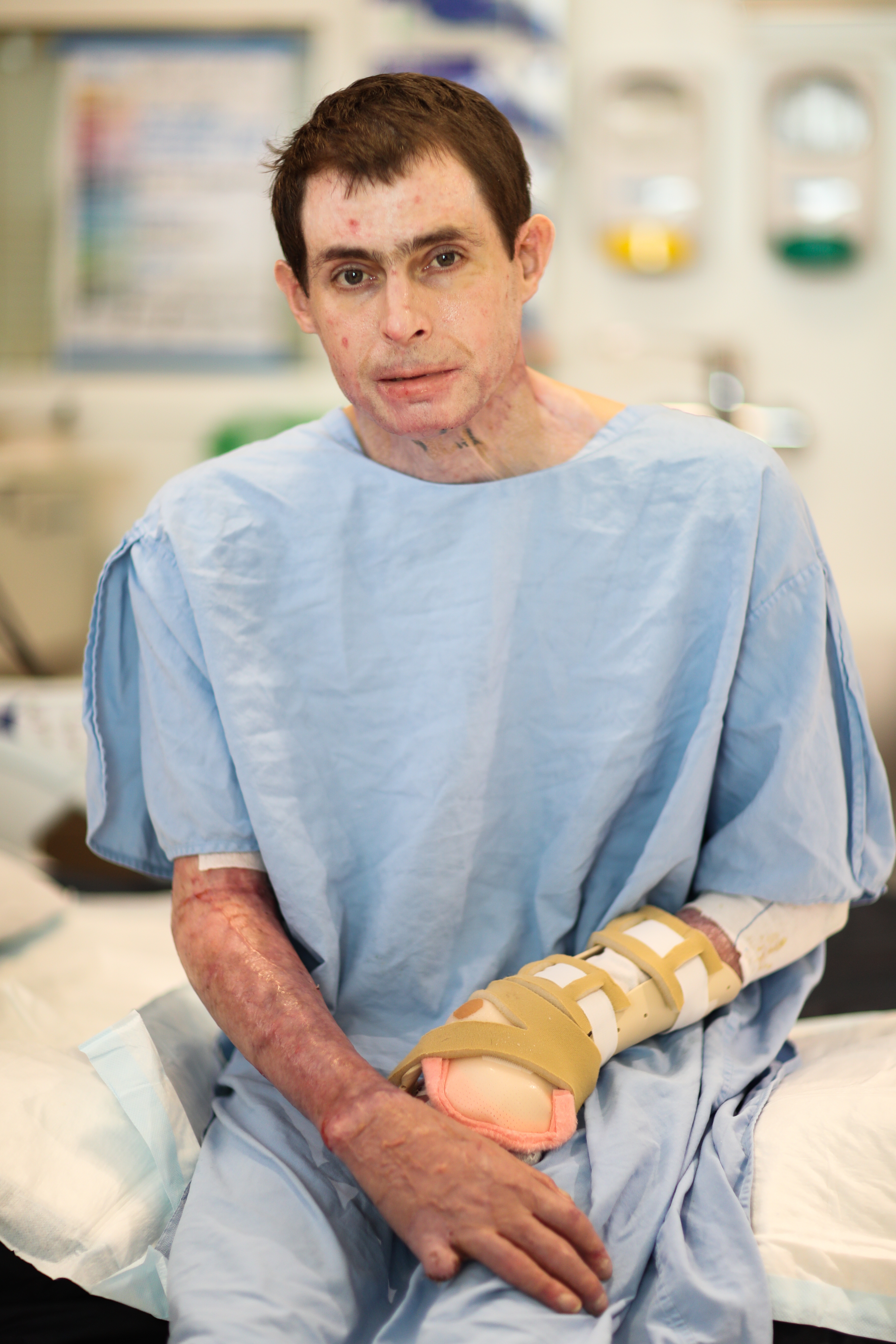 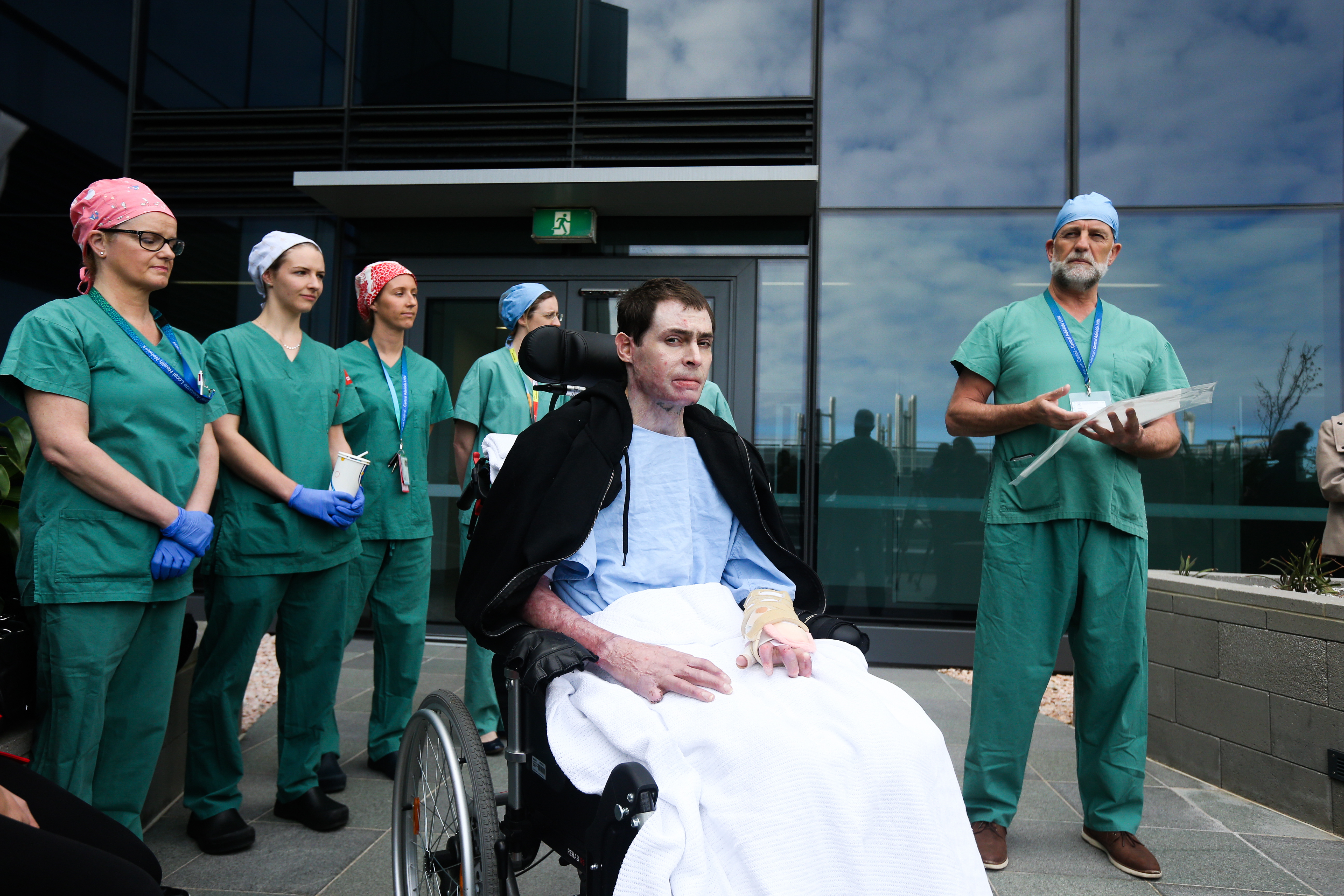 Patients who have more than 80 per cent burns tend not to have enough unburnt skin to make skin grafts.

Although Glenn can't remember exactly what happened on the night of the fire, reports say that he managed to walk a kilometer away from the inferno.

ABC News says that Glenn was told that he'd waited for an ambulance with a neighbour and when it arrived, climbed onto the bed.

He was then flown to the Royal Adelaide Hosptial where he spent nine days in A&E.

85 per cent of his total body surface was covered in deep burns.

That involved removing Glenn's deep burns and then applying a wound dressing.

The second technology revolved around growing "composite cultured skin" in a lab.

That took around five weeks and used a graft taken from Glenn's scalp to create 26 pieces.

Once the new skin was ready to be harvested, Glenn started having surgeries to close the burn wounds.

"BTM works by not only holding the burn wounds in a healthy condition, but improving them for the five weeks it takes to grow [the skin] and was pivotal in the early survival and progress of the healing of Glenn's wounds," Dr Greenwood explained.

"Every aspect of how these two technologies work together has seen Glenn not only survive, but make a remarkable recovery in less than six months."

The composite cultured skin covered 50 per cent of Glenn's total body surface area, with the remainder being covered by a mixtrue of standard grafting techniques.

Just 28 days after the fire – despite having no skin – Glenn took his first steps in hospital.

"In a comparable case reported in the UK, a patient spent more than 40 days in the ICU, left hospital after a year still unable to walk," Dr Greenwood said.

The surgeon said that in most cases, people don't survive and if they do, they're normally tethered to ventilators for months.

Glenn told ABC that he felt lucky and "a bit important" being the first person in the world to be treated with the new techniques.

The hospital now hopes to contact a clinical trial of the skin technique which is due to begin once Glenn is moved to a rehab centre next month. 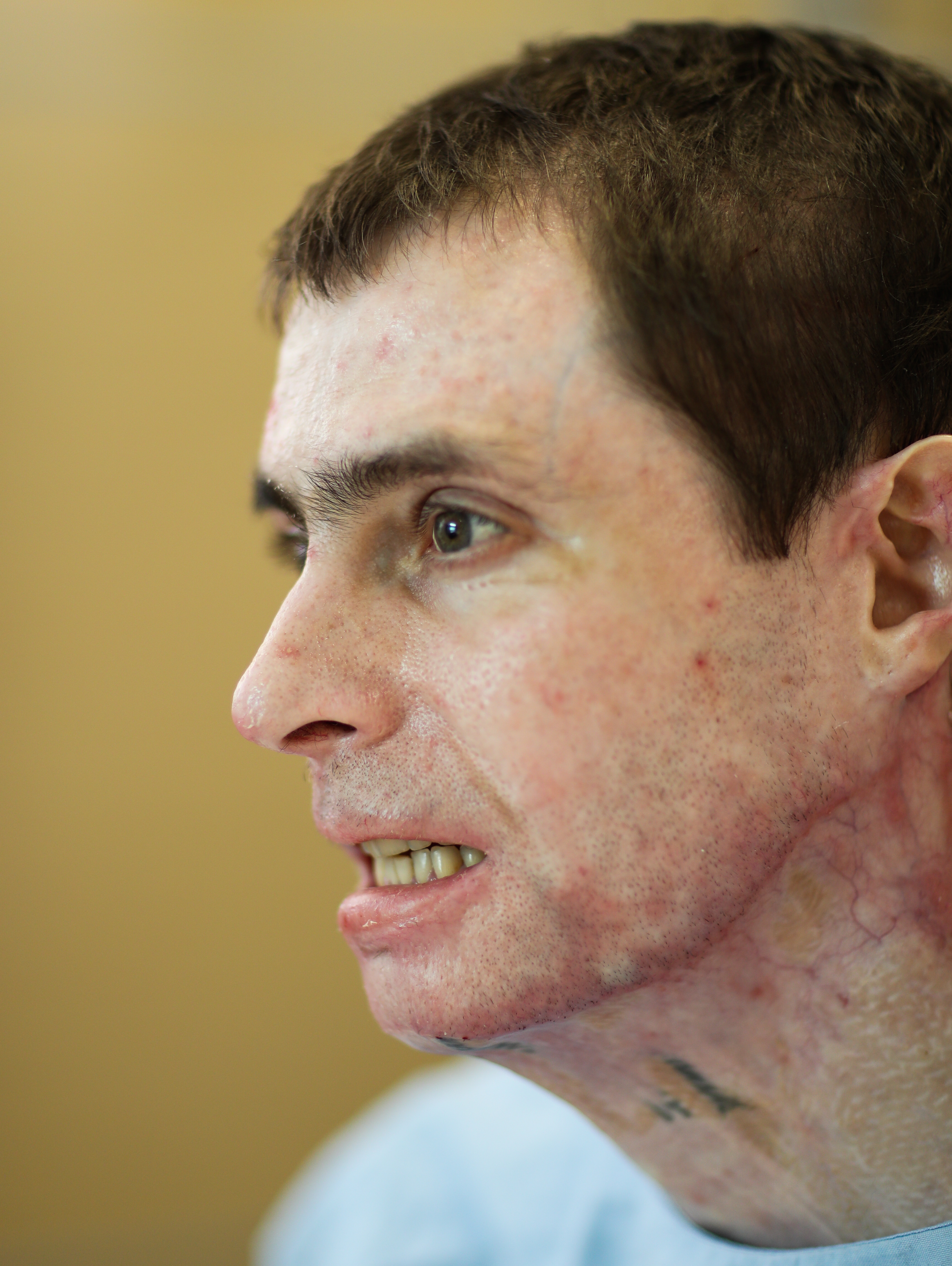 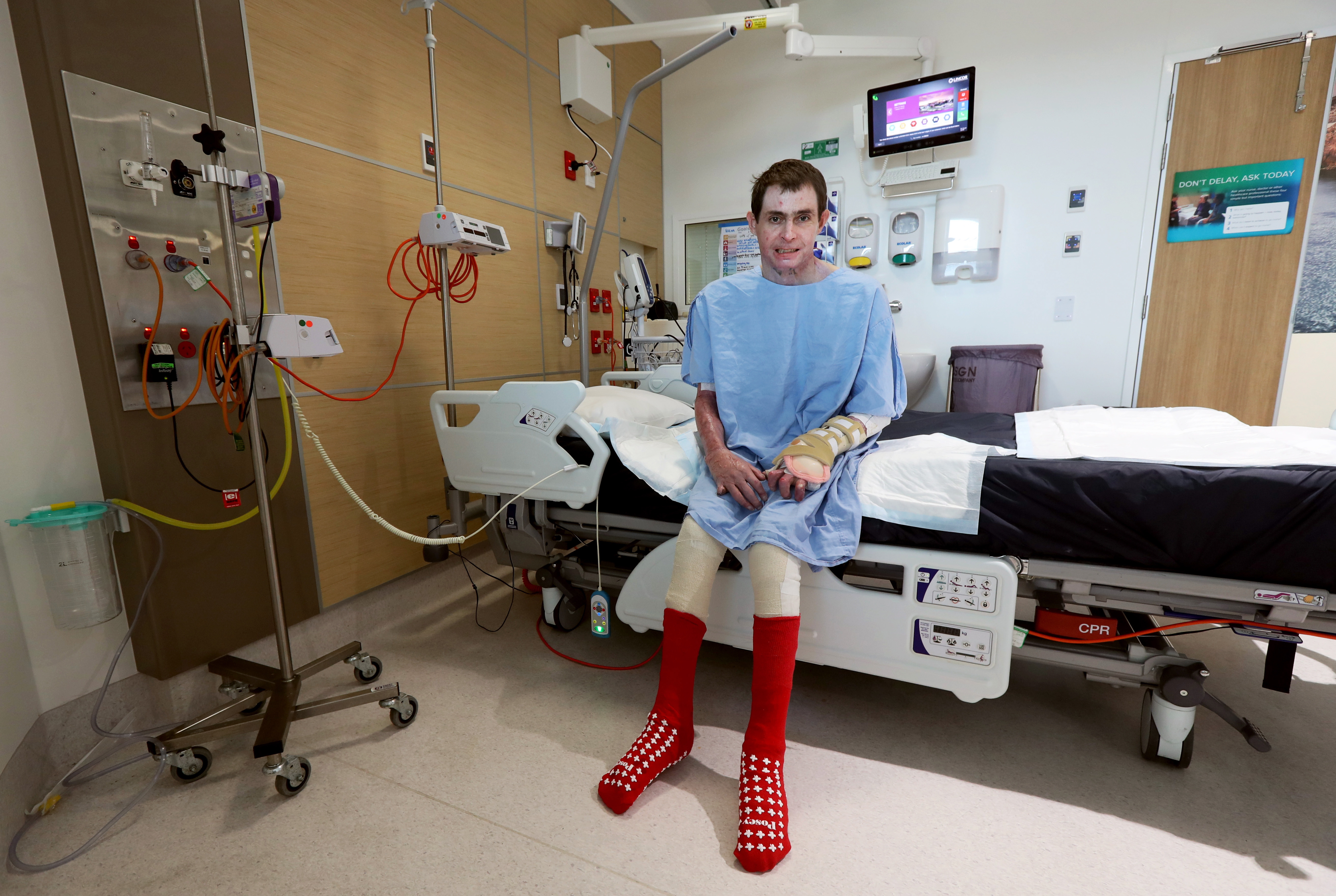 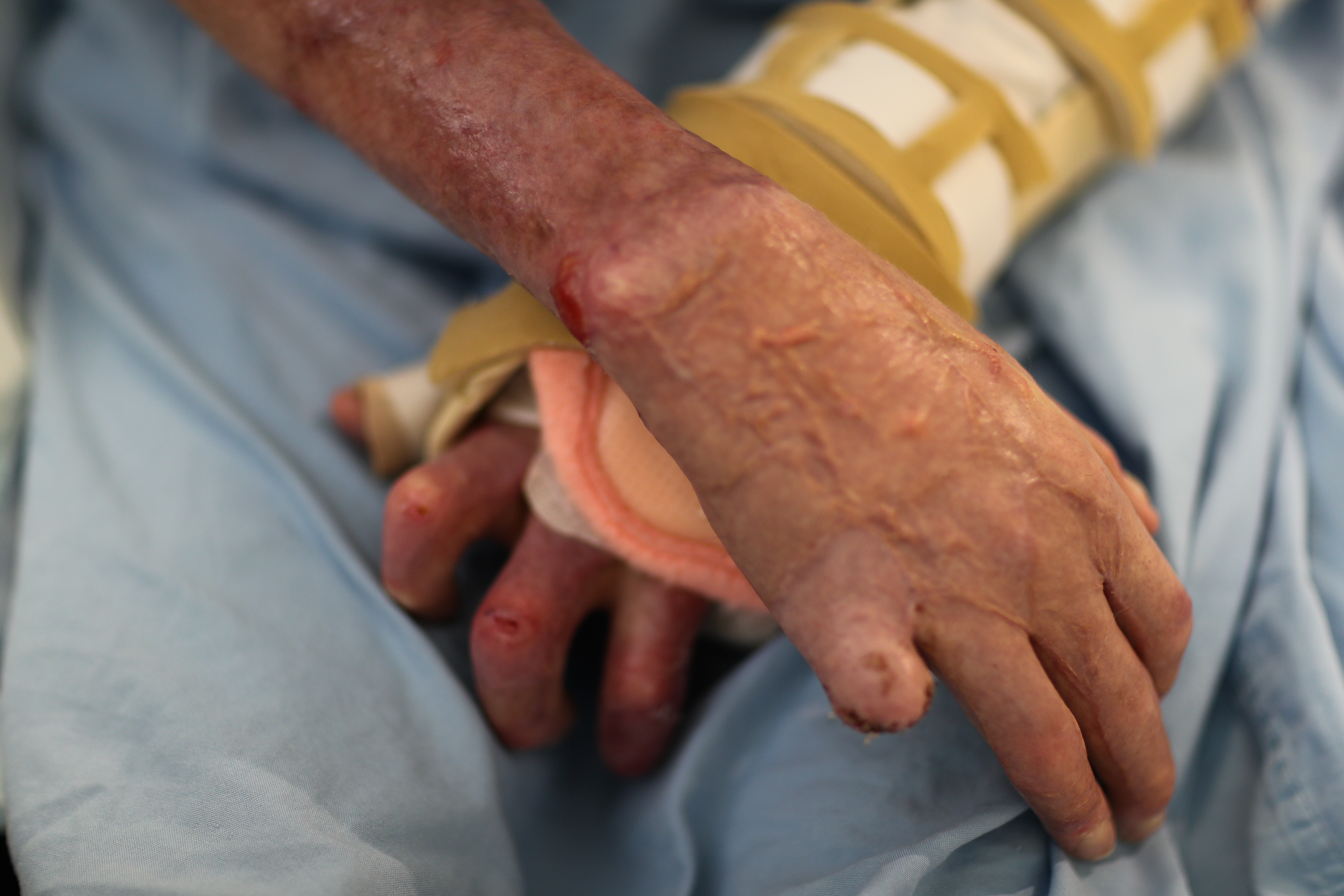